The 2021 Chevrolet Corvette is a very fast car, but it’s slow to leave a parking lot. That’s not down to this eighth-generation of Chevy’s attainable sports car but rather a testament to the fact that, as a bonafide example of four-wheel Americana, someone, somewhere, always wants to start a conversation about why the ‘Vette is special.

You can’t really blame them, particularly given the fact that this latest generation of Corvette really is worthy of the hype. The C8 was a mixture of long-delayed gratification around a mid-engine layout and a similarly overdue recognition by Chevrolet that if the car was to remain relevant, it would need to modernize. 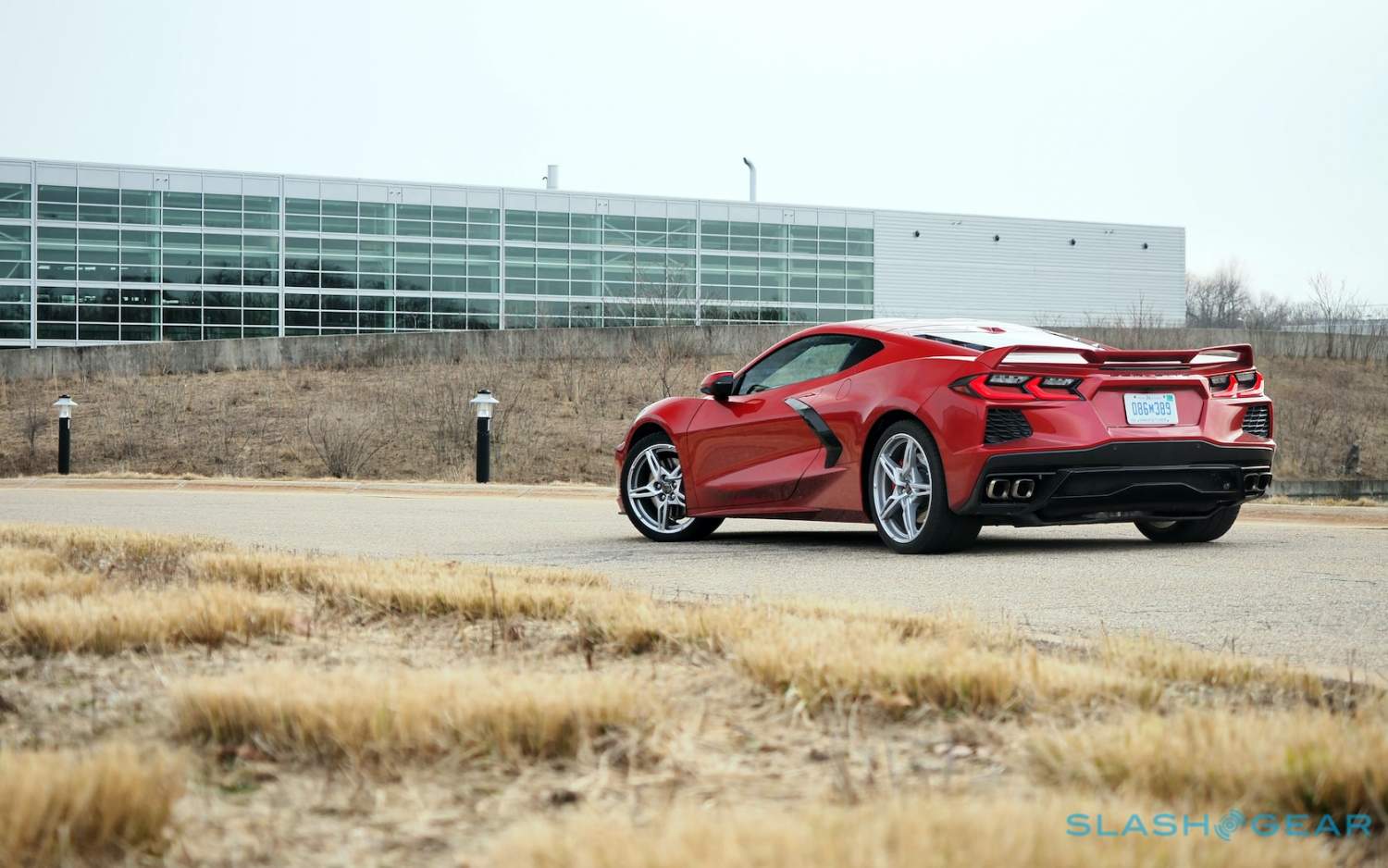 The end result is as contentious as it is eye-catching. Not everyone I spoke or – or, more accurately, who delayed my fast exit outside stores, with a “Is that the new Corvette…?” opener – liked the C8’s style, or even approved of the switch from front- to mid-engine. Turns out, when you have sixty years of history to deal with, people get fixated on very specific things.

If there was any consistency, though, it was an appreciation for the fact that Chevy was sticking with it. Still trying something; refusing to dilute the Stingray badge. Oh, and they all wanted to know if it was quick. 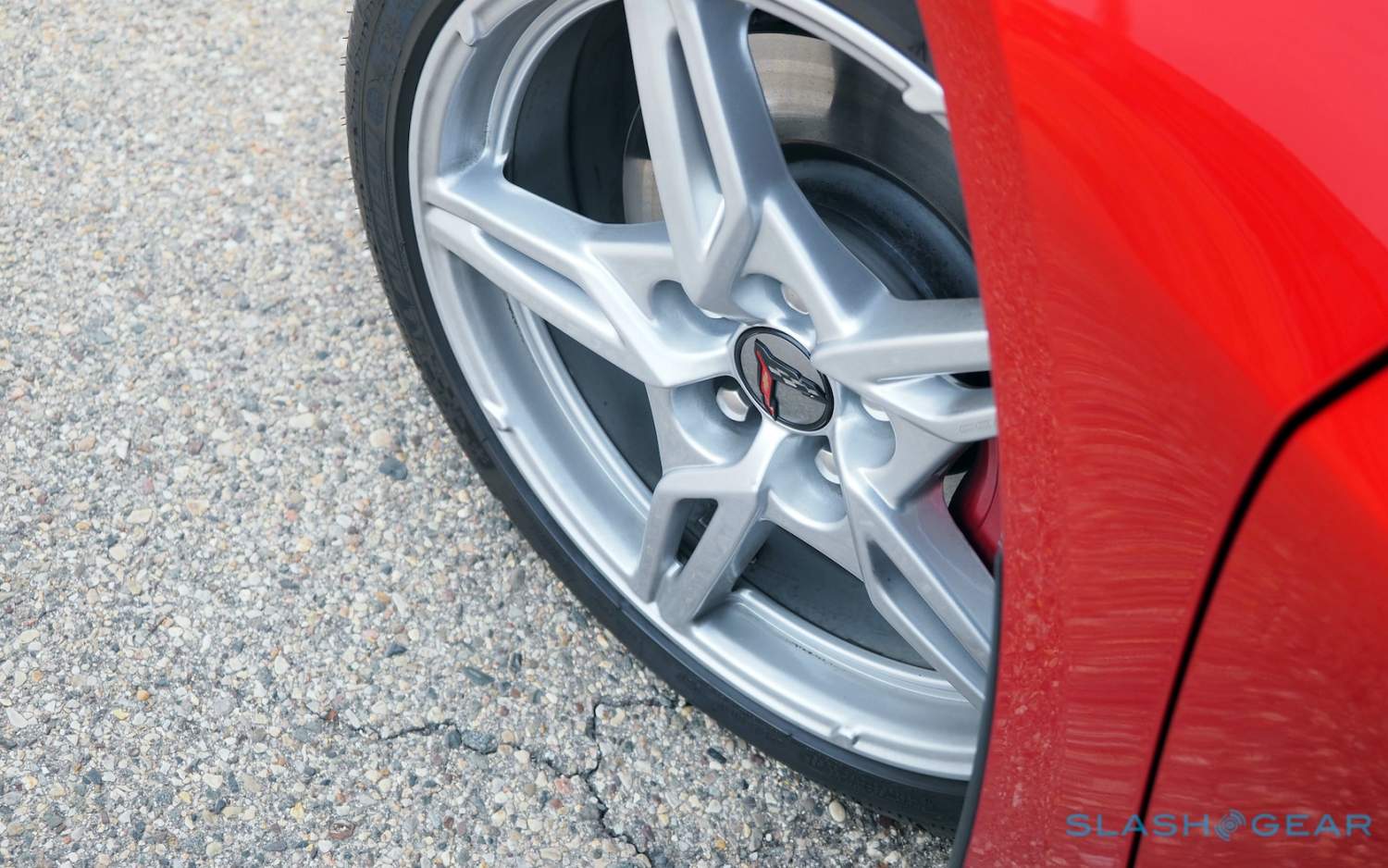 Z51 spec also adds a performance rear axle, electronic limited-slip differential, special performance brakes and suspension, a more aggressive exhaust, heavy-duty cooling systems, and high-performance tires on the 19-inch front and 20-inch rear wheels. A further $1,895 throws in magnetic ride control, which can adjust the damping firmness in milliseconds and remains near-magical. For 2021 you can have it without needing the full Z51 package, too, and it’s an extra I’d say every ‘Vette buyer should check off. 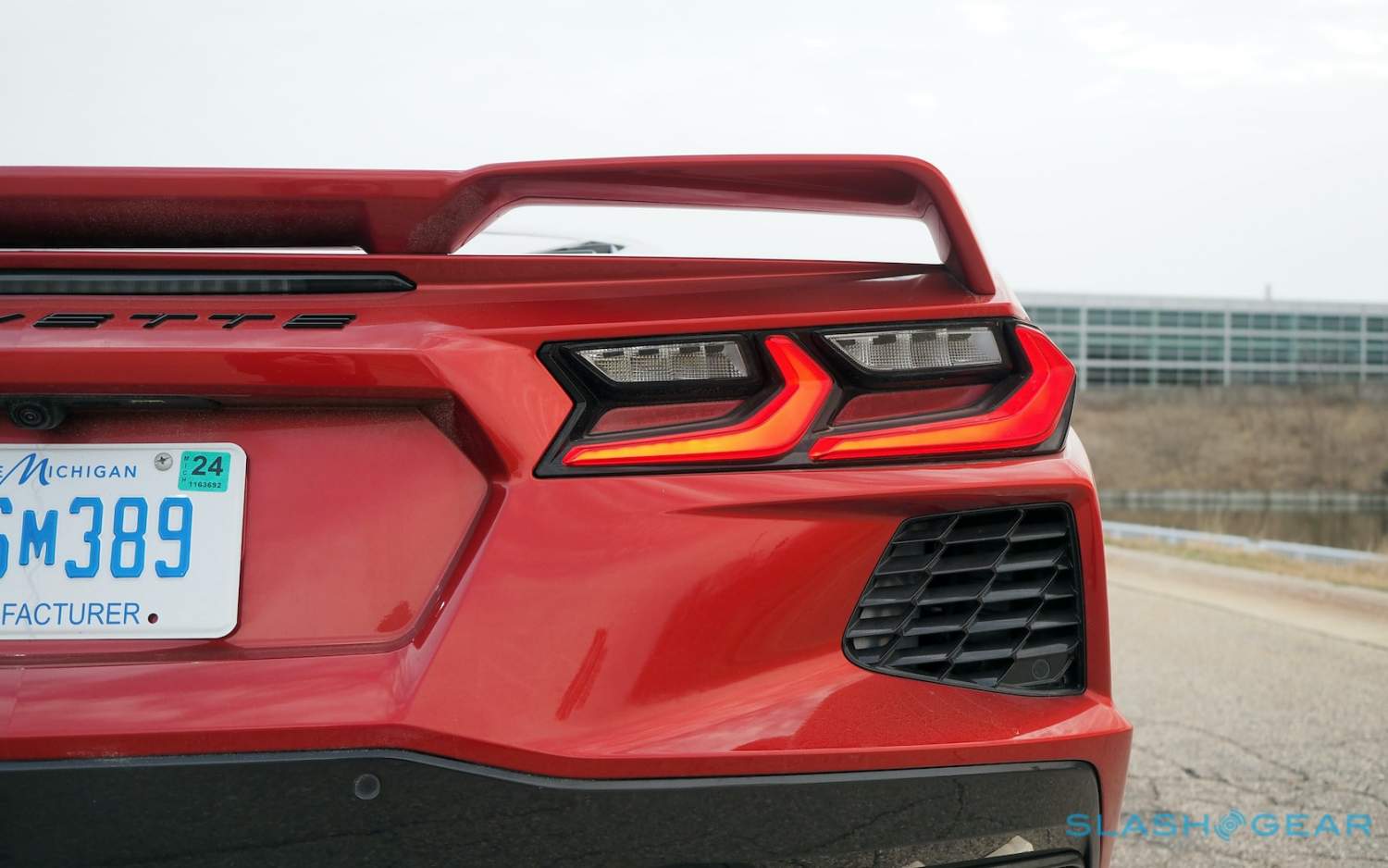 With the $1,995 raisable front bumper (which is GPS-linked to optionally automatically pop up wherever you’ve activated it before), $1,495 GT2 bucket seats and $395 red seat belts, a $595 sueded microfiber steering wheel, $595 red-painted brake calipers, $995 for the Red Mist metallic paint, and $995 for the engine appearance package, the grand total for this particular car is $82,250. As I said about the Dodge Charger SRT Hellcat Redeye last week, that’s not cheap, but then again it’s hardly expensive given what you’re getting.

In the case of the Corvette, you’re getting a coupe that can spar with Porsche’s 911 and not embarrass itself. That alone is a huge triumph, before you consider that the rear-wheel drive Chevy is a fair sight cheaper than the German icon. 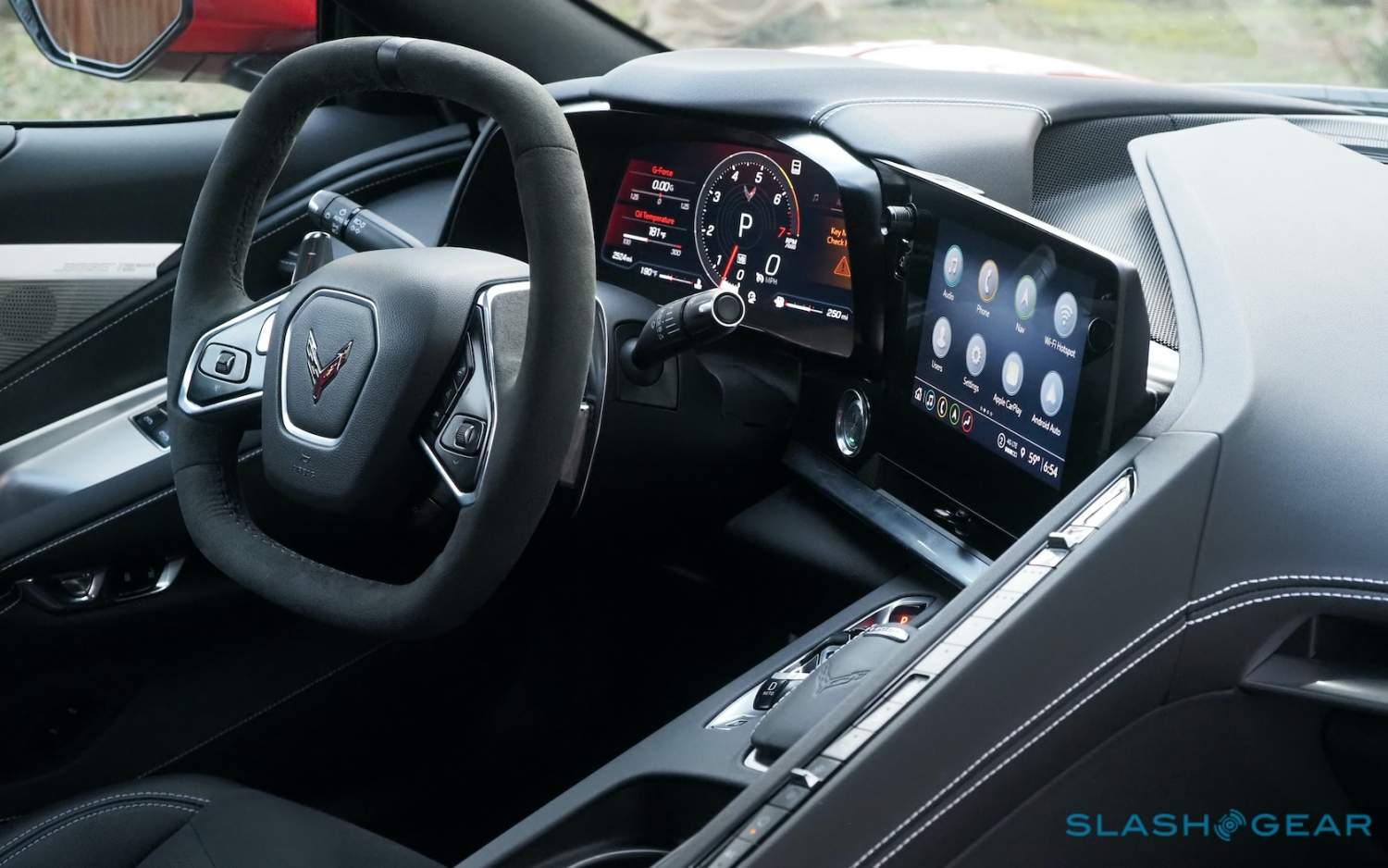 For the 2021 model year, a few of the lingering launch annoyances were ironed out. Wireless Apple CarPlay and Android Auto are now onboard, and Chevrolet has some extra graphics that make better use of the digital instrument cluster. There’s a “Buckle to Drive” feature which won’t let you shift out of park until you have your seatbelt fastened.

They’re minor changes, but then again the Corvette didn’t need much improvement. As I wrote about the 2020 Corvette Convertible 3LT last year, speed, ride comfort, and most of the tech was already top notch. The design, well, that all depends on the angle. 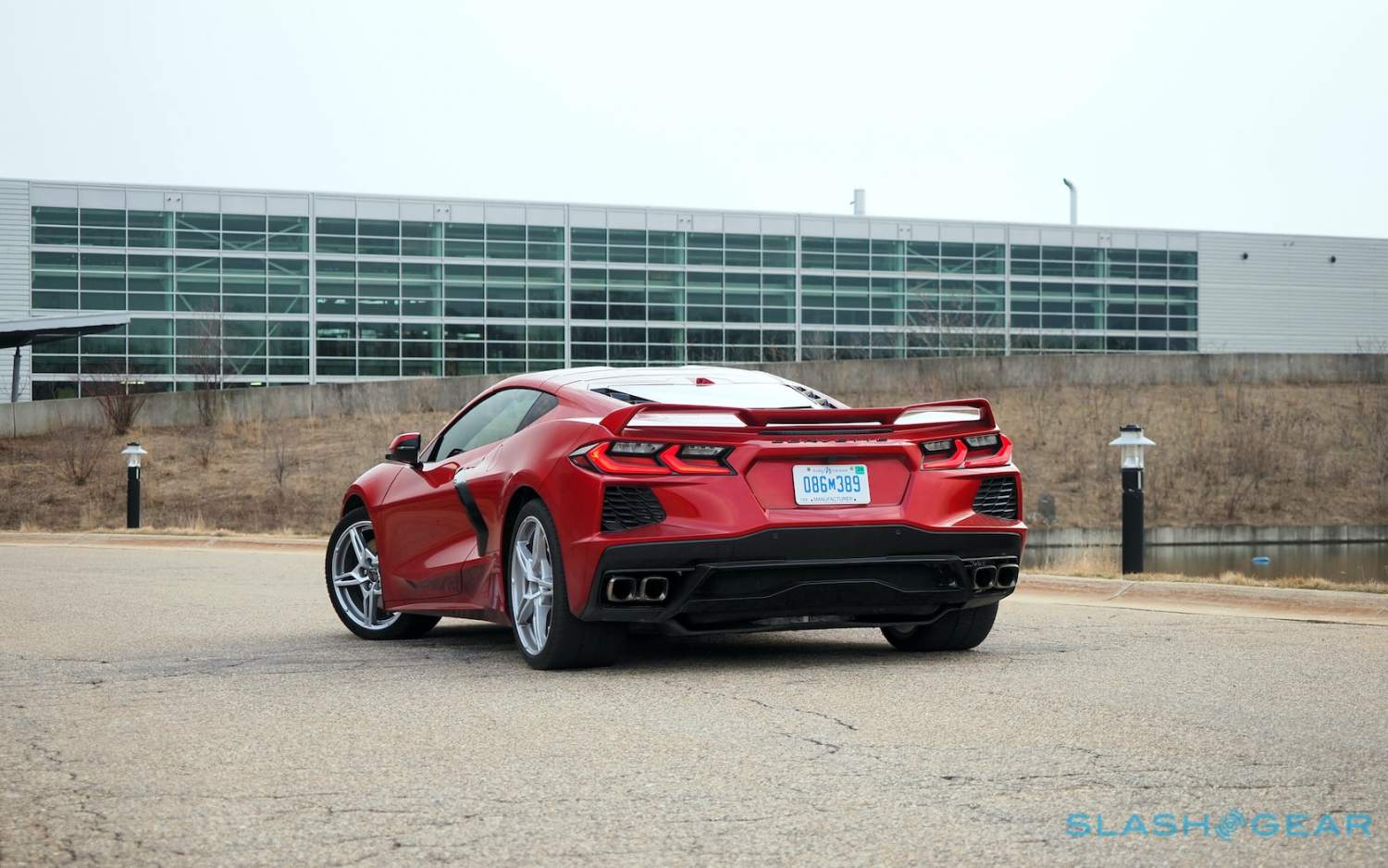 Again, it’s a car that works better in the metal than on the screen. The Coupe doesn’t have the trick folding metal roof of the Convertible, just a pop-out top panel, but you still get the long rear decklid. I think the side view is the most awkward, and that door vent trim still looks strange, but I’ve driven enough gorgeous cars that underwhelm from behind the wheel to know which way my preferences there lie.

And make no mistake, the 2021 Corvette drives incredibly well. No, there’s no manual transmission option, but you won’t miss it; not when the dual-clutch gearbox is so good. Straight-line speed is positively glee-inducing, and you don’t have to stress the Z51 brakes too much come the corners either. The degree of finesse with which the Chevy puts its power down, keeps the rear end from flicking out, and launches you neatly into the next straight is a legitimate triumph. 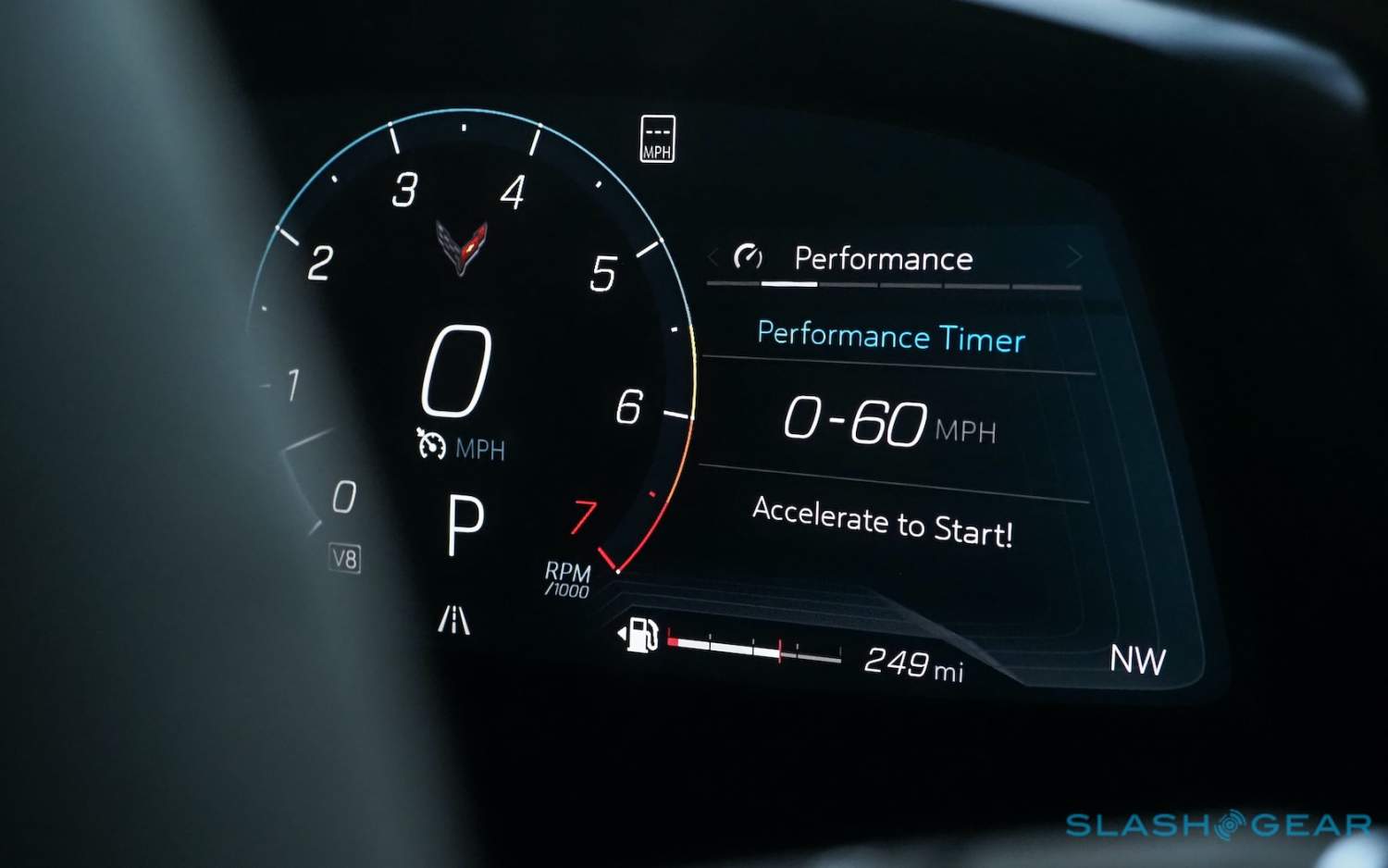 Fun is the name of the game, and while going very fast is of course on the menu should you have the road (or preferably a private track) for it, lower-speed hijinks are just as accessible. The Corvette flatters and encourages, coaxing you out of any lingering reticence and subtly wielding its assistance systems and electronics to frame you in the best possible light.

At the other end, notch the over-damped drive mode back to Tour and the ‘Vette does a far better job of isolating shoddy road surfaces from the cabin than many cars in its class can. It’s EPA rated for 15 mpg in the city, 27 mpg on the highway, and 19 mpg combined, and they’re reasonably achievable if you’re of a grand-tourer frame of mind. 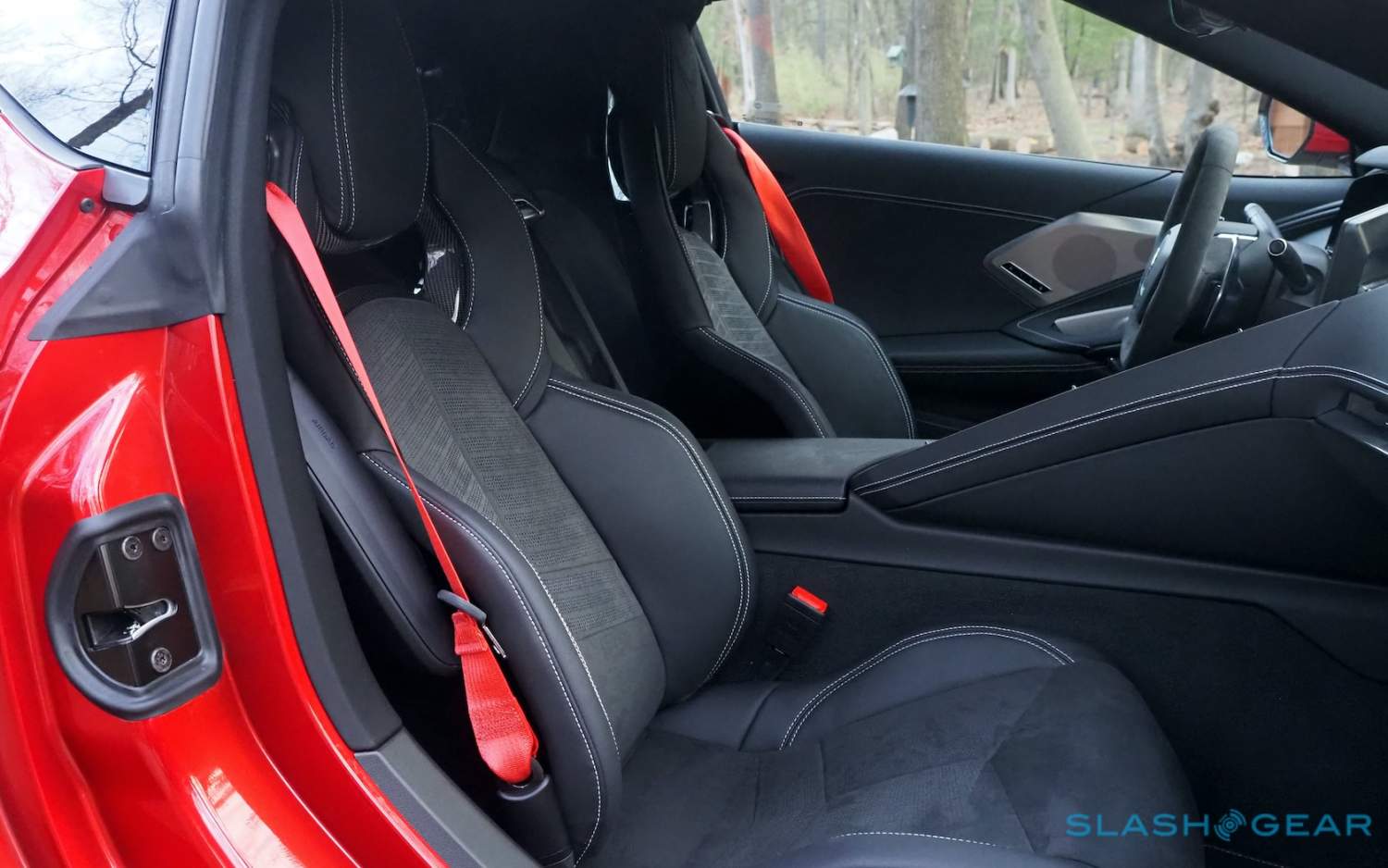 For those purposes, the cabin remains pleasant if a little tight. The Corvette’s seemingly ski-slope-inspired center console doesn’t help there, a long luge of HVAC buttons that takes more than a week’s loan to build muscle memory for. Happily the infotainment system, though clearly recognizable as what runs in more mundane Chevy fare, is easily navigated and swift. The C8 gets kudos for having dedicated buttons for the curb camera and the front nose lift, too, features you really don’t want to be pecking around in the touchscreen to hunt down in a hurry. 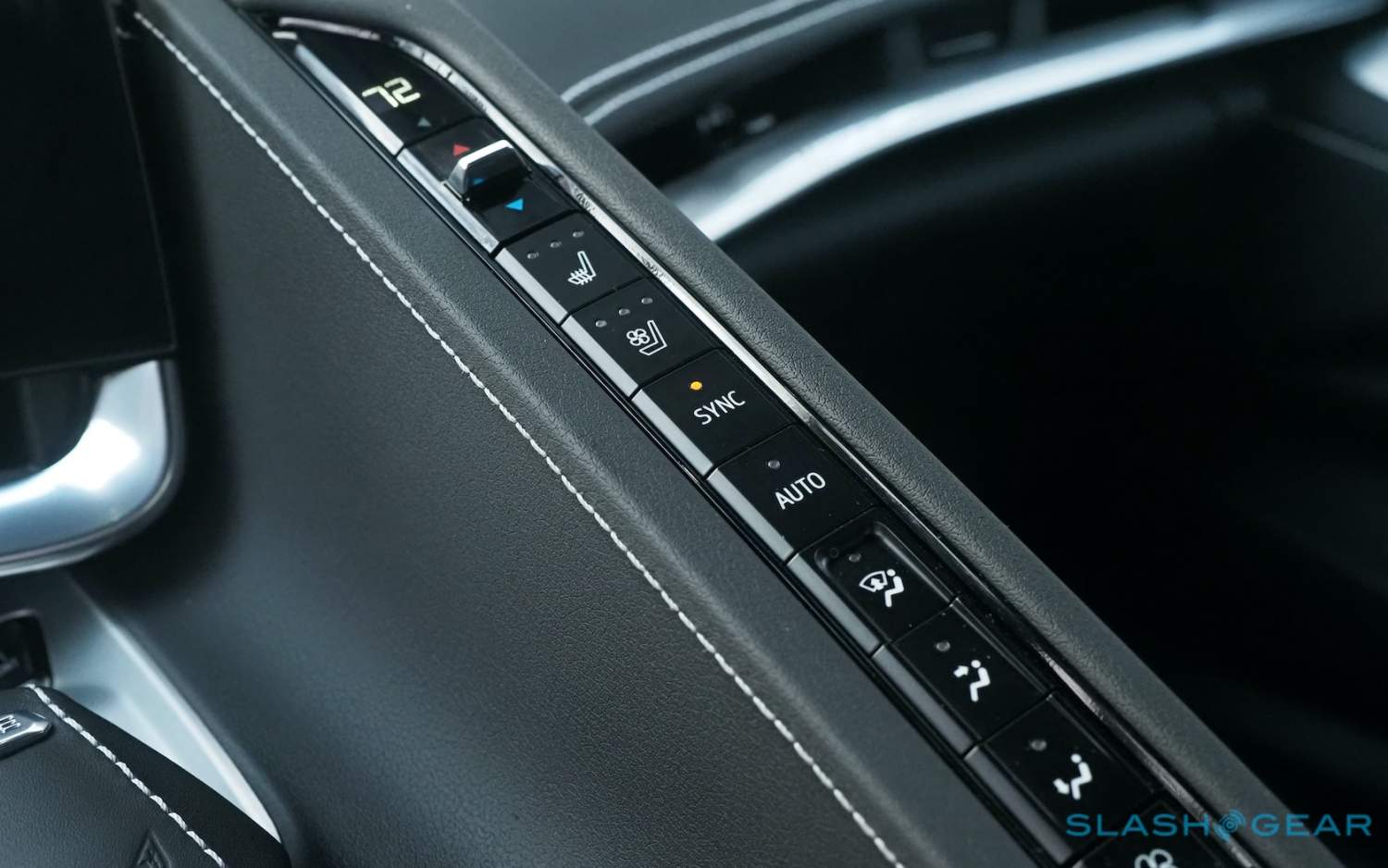 Chevrolet may have ignored the purists who insisted that a stick-shift was non-negotiable, but it clearly knew what would really be a dealbreaker was no space for the golf bags. Sure enough, there’s 12.6 cu-ft in total, split between the larger rear trunk and a smaller space under the hood.

When I reviewed the Corvette Convertible 3LT, I theorized that the Coupe 2LT would be the sweet-spot. Having lived with just that configuration, I stand by my prediction. Of the options, the magnetic ride control is a much-have for the role it plays in the C8’s sports-and-slush dual personality driving, while the Z51 feels cheap for the amount of extras it throws in. 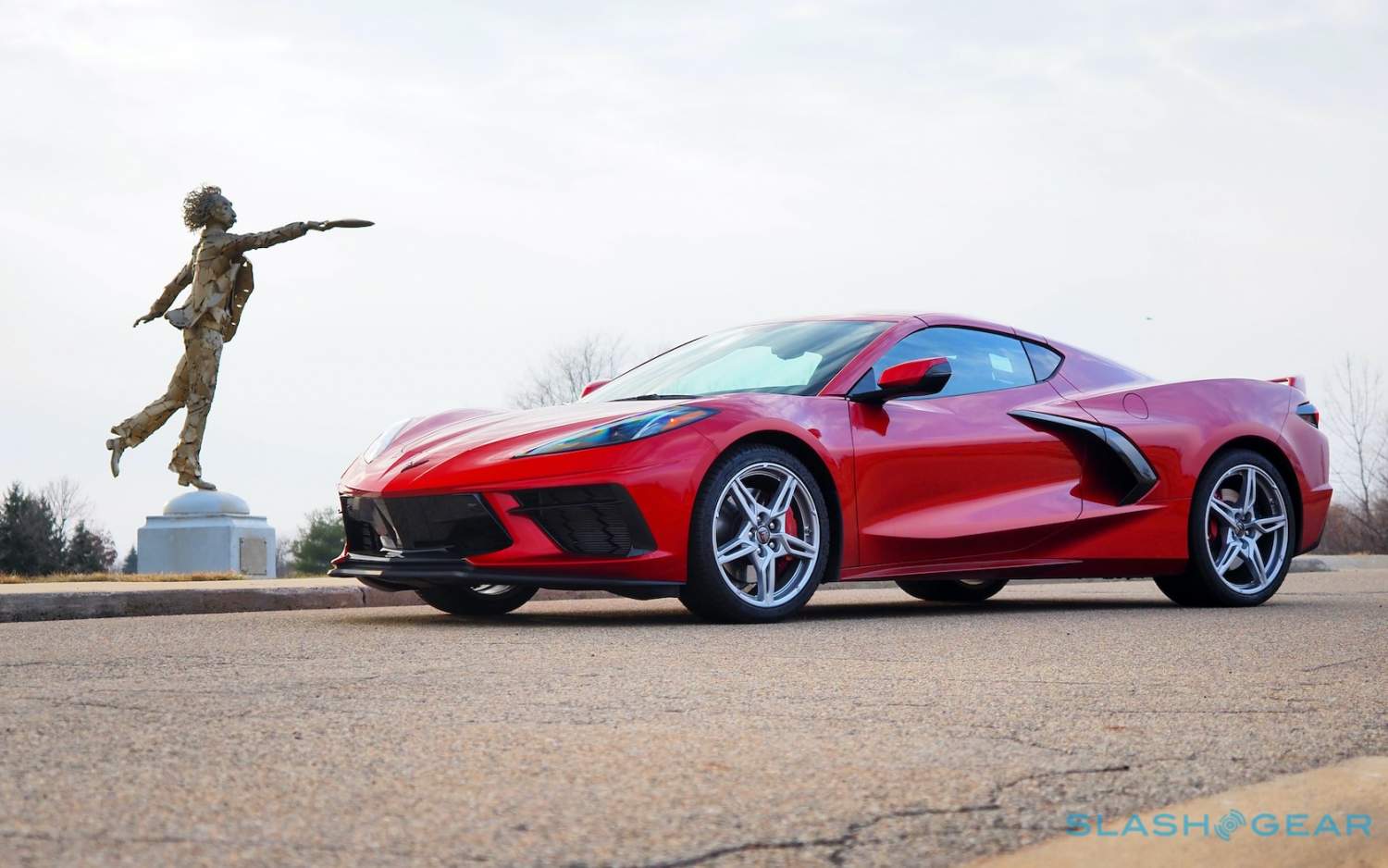 That still only takes you to $76,185, and frankly it feels like an utter bargain. The 2021 Corvette drives as well as cars two, even three times its price, and while you may not love the design it’s incredibly difficult to argue with the value factor. Just be sure to factor a few extra minutes into every errand and journey, to talk to the new friends you’re inevitably going to discover you’ve made along the way.