Talk about a glow-up: the 2022 Mitsubishi Outlander is leagues ahead of its crossover predecessor, and all it took was a Nissan intervention. That’s not to say the new Outlander and its cousin, the 2021 Rogue, are badge-buddies, with Mitsubishi throwing in niceties like a third row of seating to help set its compact SUV apart.

Mitsubishi’s aesthetic remains a fairly unusual one, and the 2022 Outlander doesn’t blend into the crowd of compact SUVs. The oversized grille with its split front headlamps and chrome X-flourish is bold and distinctive, while the hints of Land Rover are all the more obvious in the metal. I’m not sure the overall result is necessarily handsome, but it’s certainly memorable. 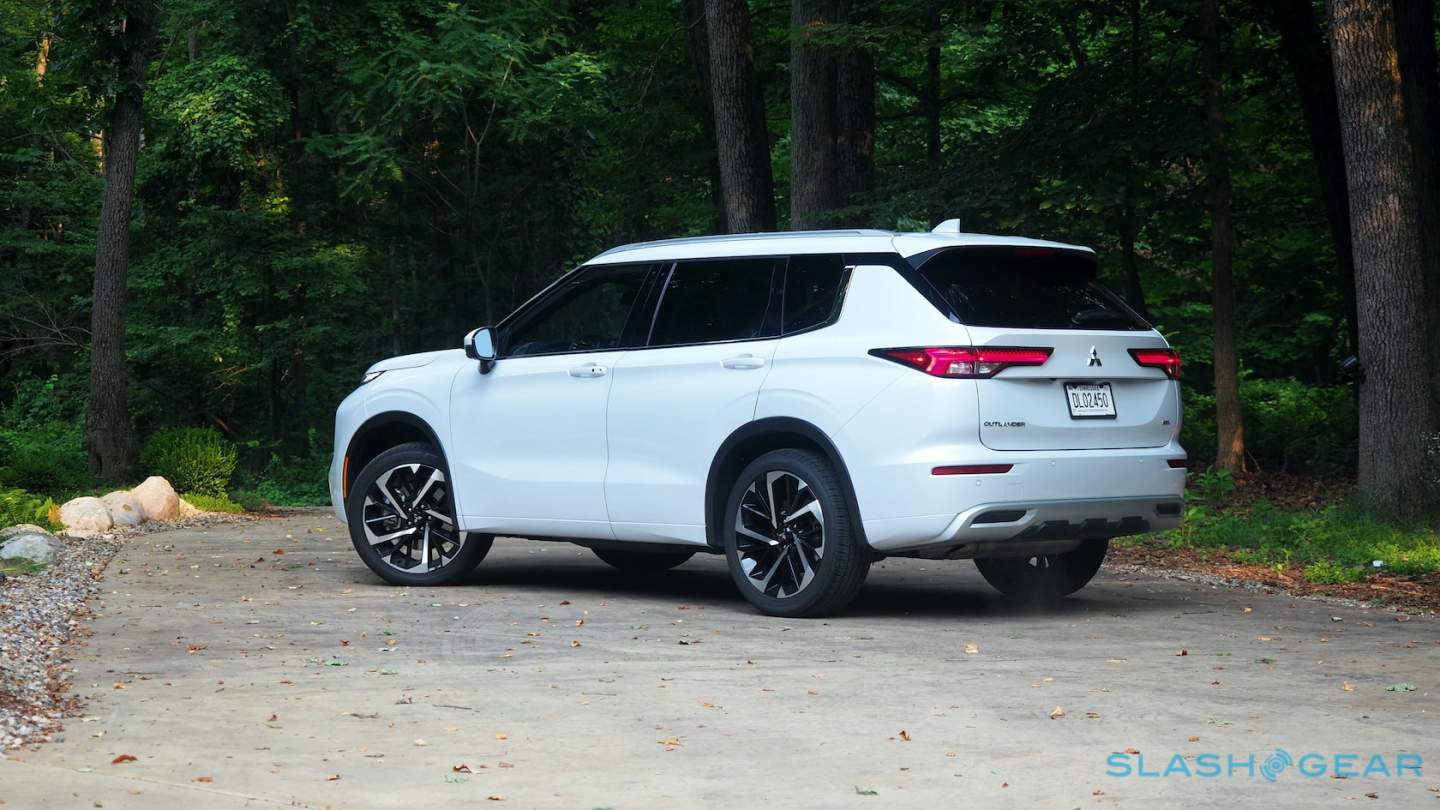 A 2.5-liter four-cylinder engine and a CVT that emulates eight regular gears is standard on all Outlander trims. That gets you 181 horsepower and a matching 181 lb-ft of torque. Front-wheel drive is standard; Mitsubishi’s “Super All-Wheel Control” all-wheel drive is an option.

To be frank, it’s not the most engaging drivetrain. The 2022 Outlander is not a light crossover: in SEL 2.5 S-AWC form as here, curb weight tips the scales at over 3,800 pounds. Another fifty horses wouldn’t go amiss to take the edge off the SUV’s heft. As it is, acceleration is on the laggardly side, and pushing hard gets a less-than-enthusiastic groan from the engine. 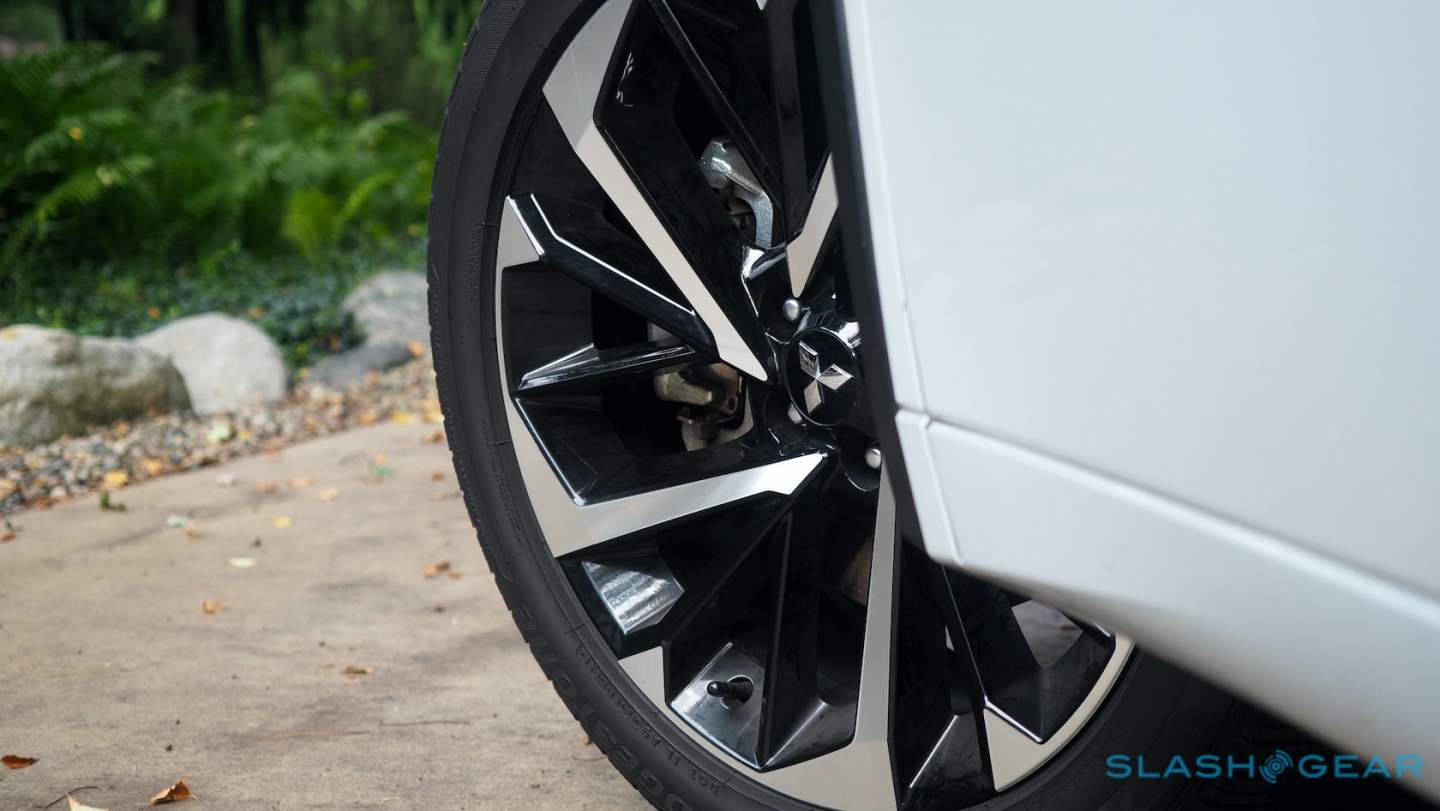 Better, then, to take things more leisurely. The ride is dialed in with comfort in mind, settled and reassuring, and the steering is firm and direct. The brake pedal, in contrast, feels on the soft side though the brakes themselves are effective.

The 2022 Outlander and the 2021 Nissan Rogue were co-developed, and share the same engine. Nissan’s crossover is a little lighter, and feels perkier as a result. Mitsubishi pushes back, however, with a higher tow rating: 2,000 pounds, versus the 1,350 pounds that the Rogue tops out at.

Then again, fuel economy tips things back in Nissan’s favor. The Outlander SEL S-AWC is rated for 24 mpg in the city, 30 mpg on the highway, and 26 mpg combined. A Rogue Platinum AWD edges ahead with 25 mpg city, 32 mpg highway, and 28 mpg combined. 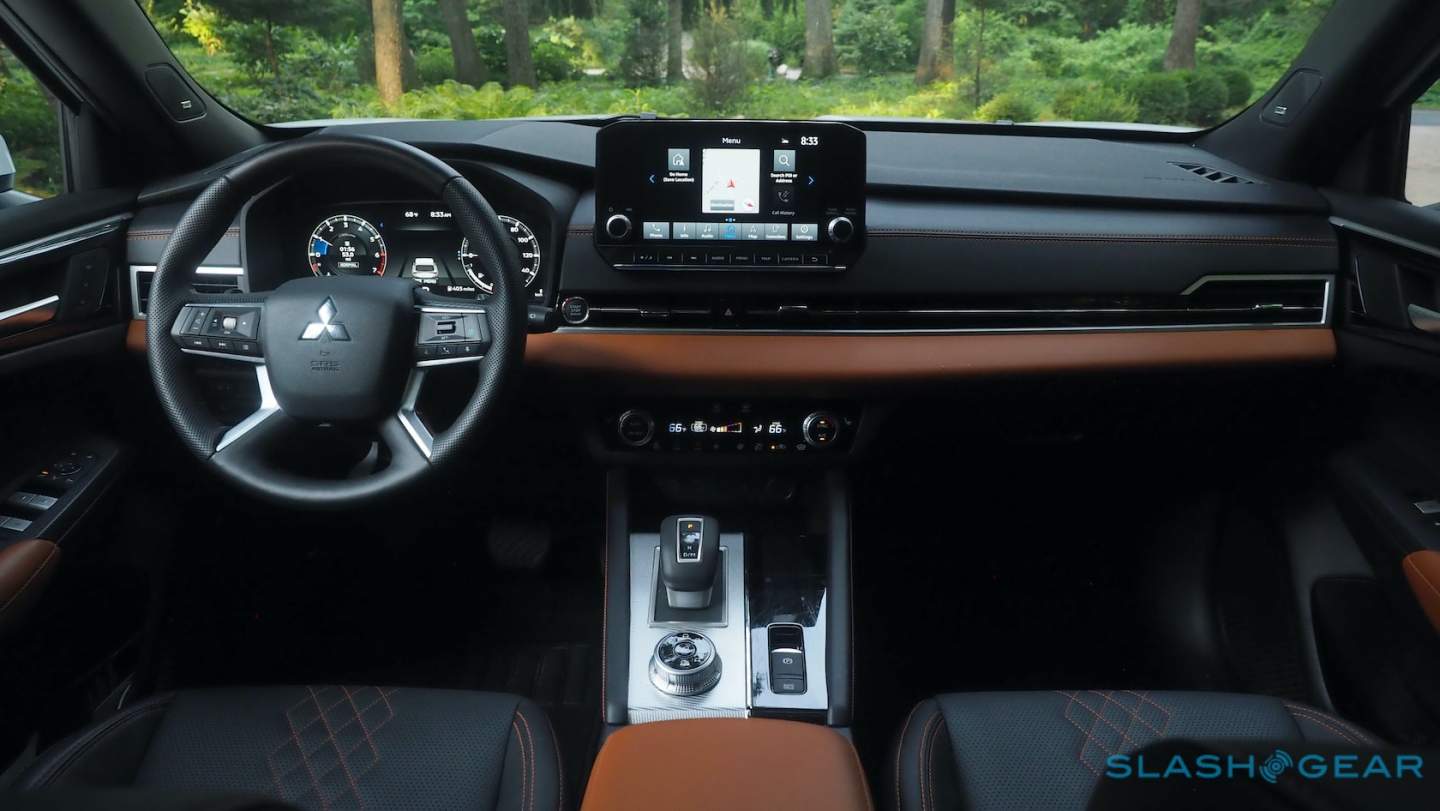 Though the exteriors may be different, stepping into the Outlander brings with it a strong sense of deja-vu if you’ve spent any time at all in Nissan’s crossover. That’s not, however, something to complain about. Indeed compared to the old Outlander’s cabin, this new interior is a huge upgrade in both design and quality.

By the time you get to SEL trim – from $31,945 in 2WD form, or $33,745 in AWD, both plus $1,195 destination – you’re looking at auto wipers, leather seats, an 8-way power adjustable driver seat and 4-way power passenger seat, heated first and second rows, tri-zone climate control, a six-speaker audio system, keyless entry, and a 360-degree camera. On the tech side, there’s a 12.3-inch driver instrumentation display, 9-inch infotainment touchscreen, Android Auto and wireless Apple CarPlay, a wireless phone charger, and four USB ports – two USB-A and two USB-C – spread across the first and second rows. 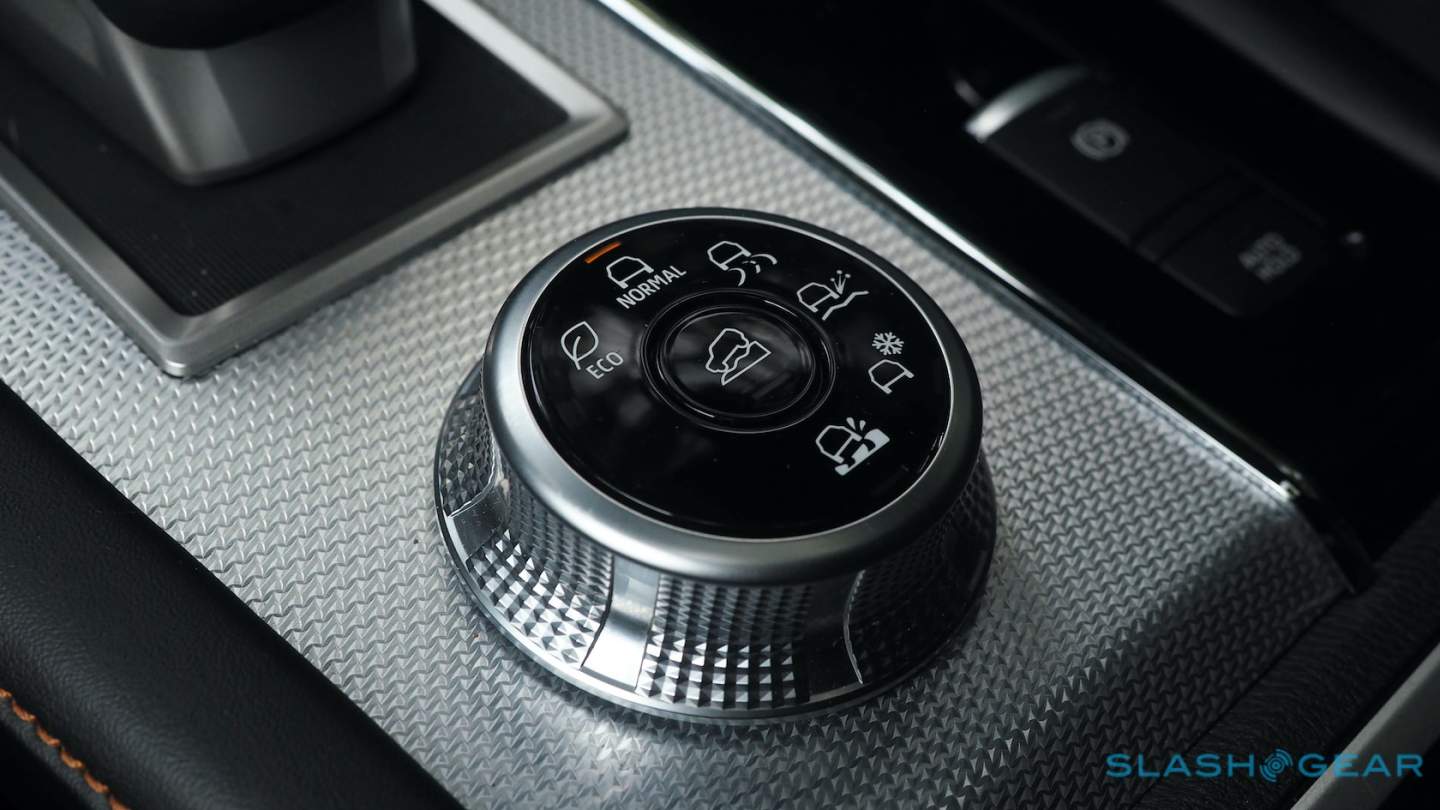 That’s a whole lot to play with, though the mid-level SE trim may be a more accessible balance with its synthetic leather surfaces, and only sacrificing the second row heating not the first. You still get the same 9-inch infotainment system, though the 12.3-inch driver display is optional; a 7-inch version with analog gauges is standard. Dual-zone climate control, the 360-degree camera, keyless entry, and all the same safety tech features as the SEL are standard, too. 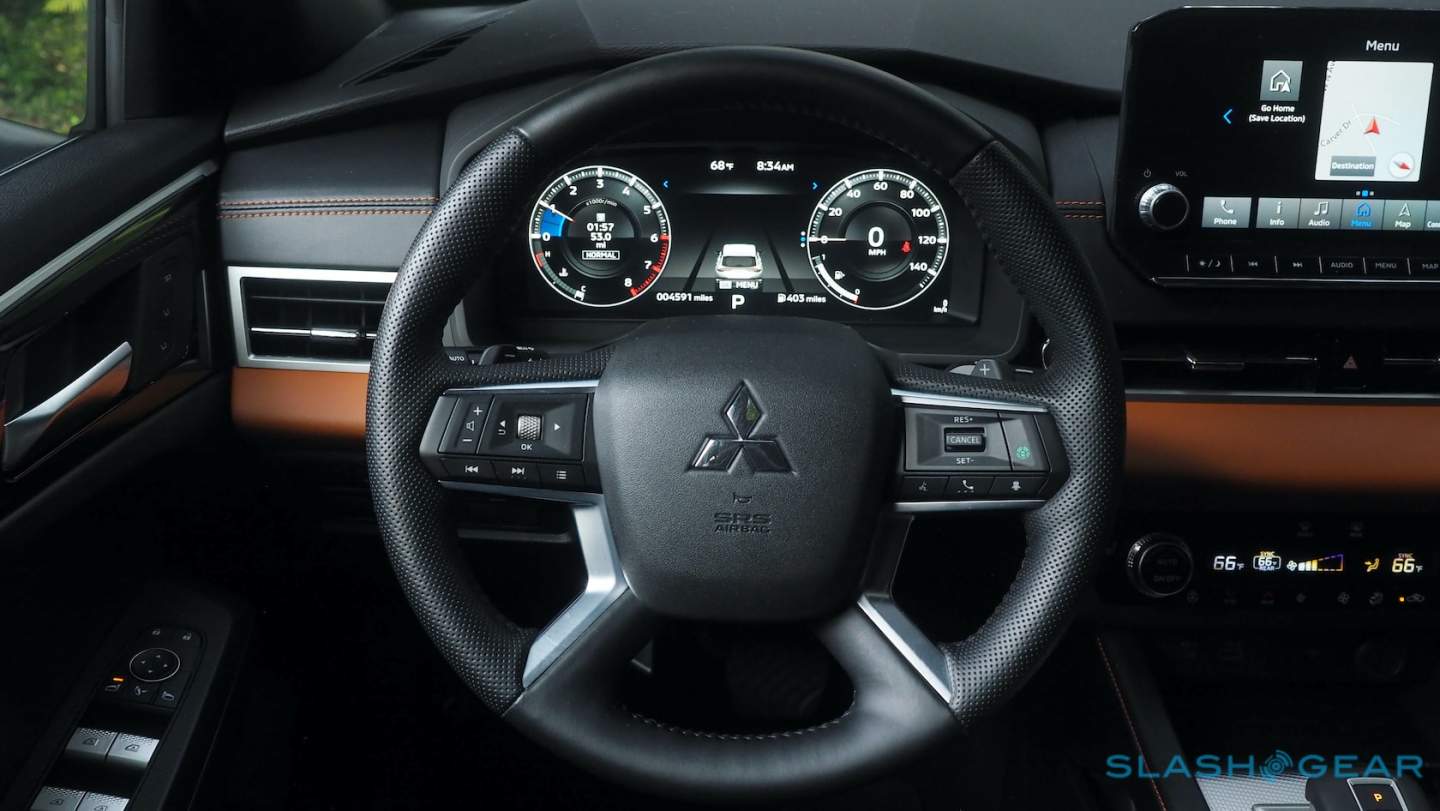 What stands out, though, is how cohesive and well assembled things feel now. Where you got the sense in the old Outlander that different chunks of the cabin and dashboard were designed by independent teams, who only came together at the very end to share their homework, this 2022 model is positively pleasant. Nicely padded, soft-touch surfaces alongside tasteful trim; sure, things like the drive mode knob are still plastic, but it’s nice-feeling plastic nonetheless. 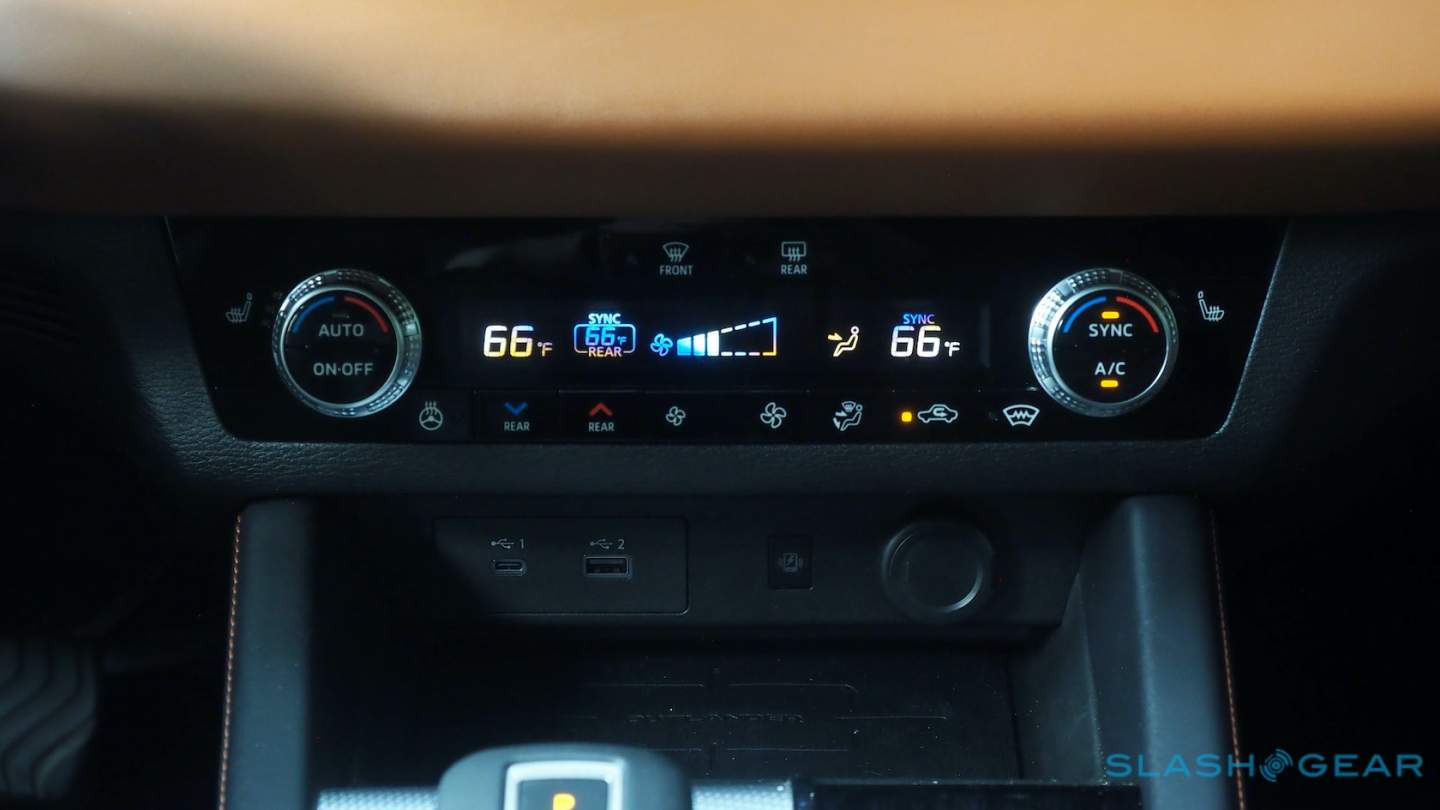 The new Outlander’s wildcard is the fact that it has three-rows, seating up to 7 in a category where space for 5 is far more common. Every trim gets the fold-down third row, along with a sliding second row. Then again, there are some things that Mitsubishi’s packaging can’t overcome, and the constraints of actual cabin space is one of them.

Put simply, no adult will want to be sat back there. Headroom is tight, any semblance of legroom requires the second row be pushed as far forward as it’ll go, and the general experience is cramped and unwelcoming. Children will fair better, assuming they’re small, but it really feels more like emergency seating rather than something you’ll want to use every day. For that, you should really step up to a larger SUV. 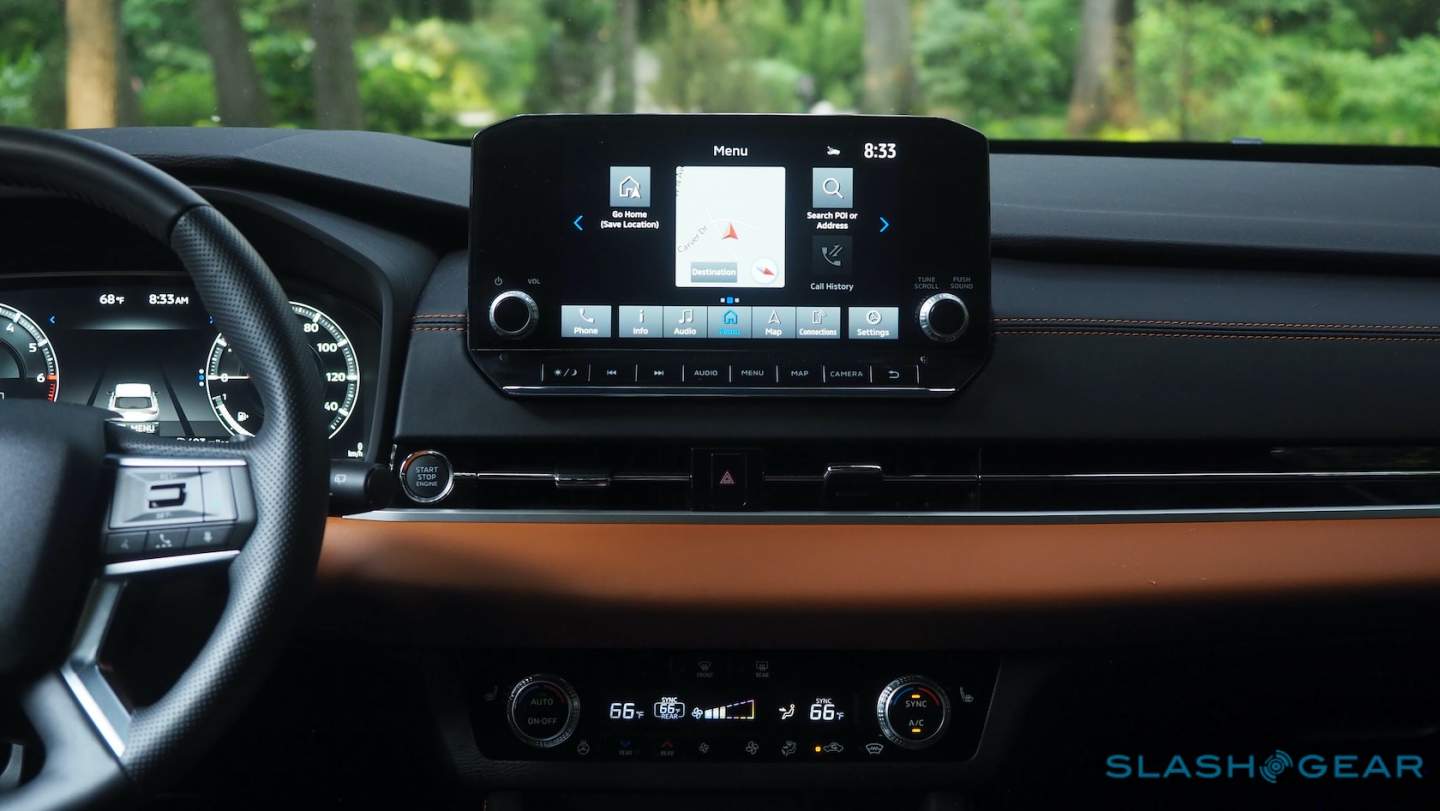 With all three rows up, cargo space is a diminutive 11.7 cu-ft. Even when they’re folded, they do eat into trunk capacity: 33.5 cu-ft behind the second row, versus the Rogue’s 35.3 cu-ft. The Outlander does redeem itself there with both the second and third rows flattened, with 78.3 cu-ft to play with versus the Nissan’s 72.9 cu-ft. 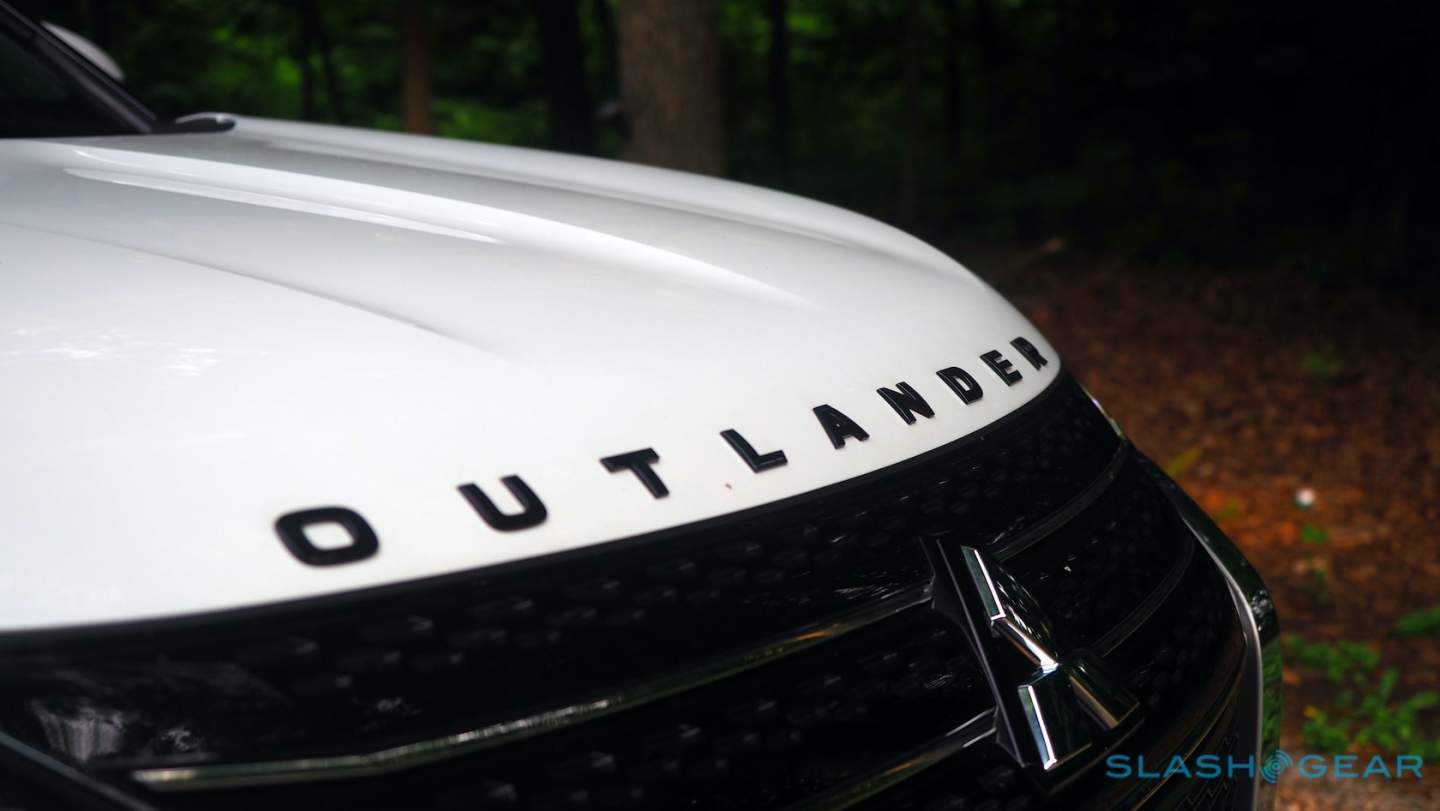 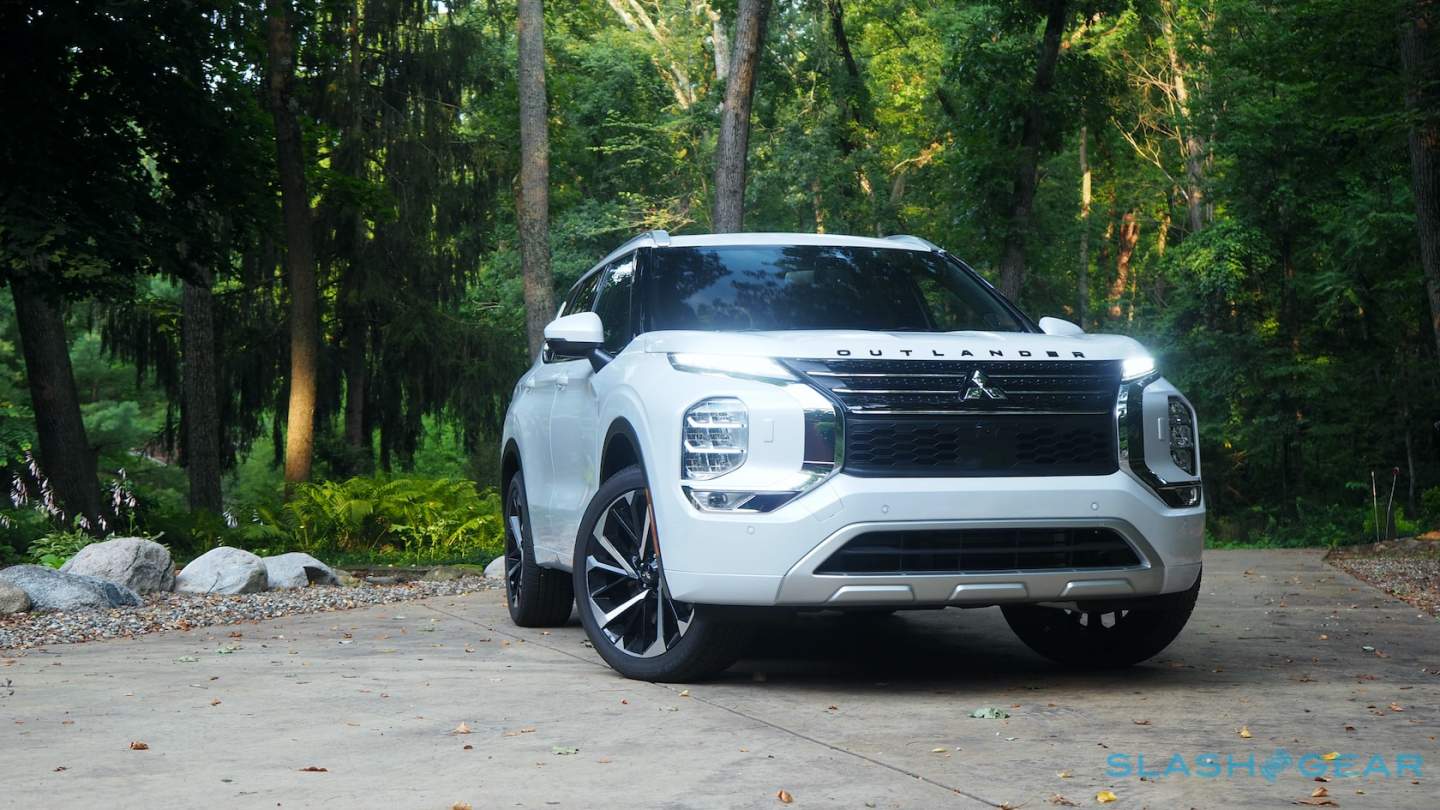 Where some of Mitsubishi’s other models are worth considering for their competitive pricing and warranty coverage despite their idiosyncrasies, for the 2022 Outlander the value is just icing on the cake. Sure, the powertrain isn’t going to set your heart a-flutter each morning – in the latter half of next year there’ll be a plug-in hybrid alternative, at least – but the cosseting interior and general practicality are probably more important to the family audience Mitsubishi has in mind.