Lexus LC fans in the UK are getting a special treat just in time for Halloween. The Japanese premium automaker is launching the Black Inspiration series for the LC 500h hybrid and LC 500 V8 coupe. The changes are remarkably similar to the US-bound Lexus LC Inspiration Series unveiled in January 2021. It has an all-black theme and a few more updates like a sportier rear wing and an updated interior like the US model.

The limited-edition Lexus LC Black Inspiration has a bespoke Graphite Black paint job. In addition, all the chrome trim from a standard LC is now all-black to give the car a more sinister yet classier vibe, including the spindle grille, mirror caps, and headlight/taillight surrounds – except for the tailpipes. Also standard is a carbon-fiber-reinforced plastic (CFRP) roof and a new carbon-fiber rear wing with downturned winglets to improve downforce. 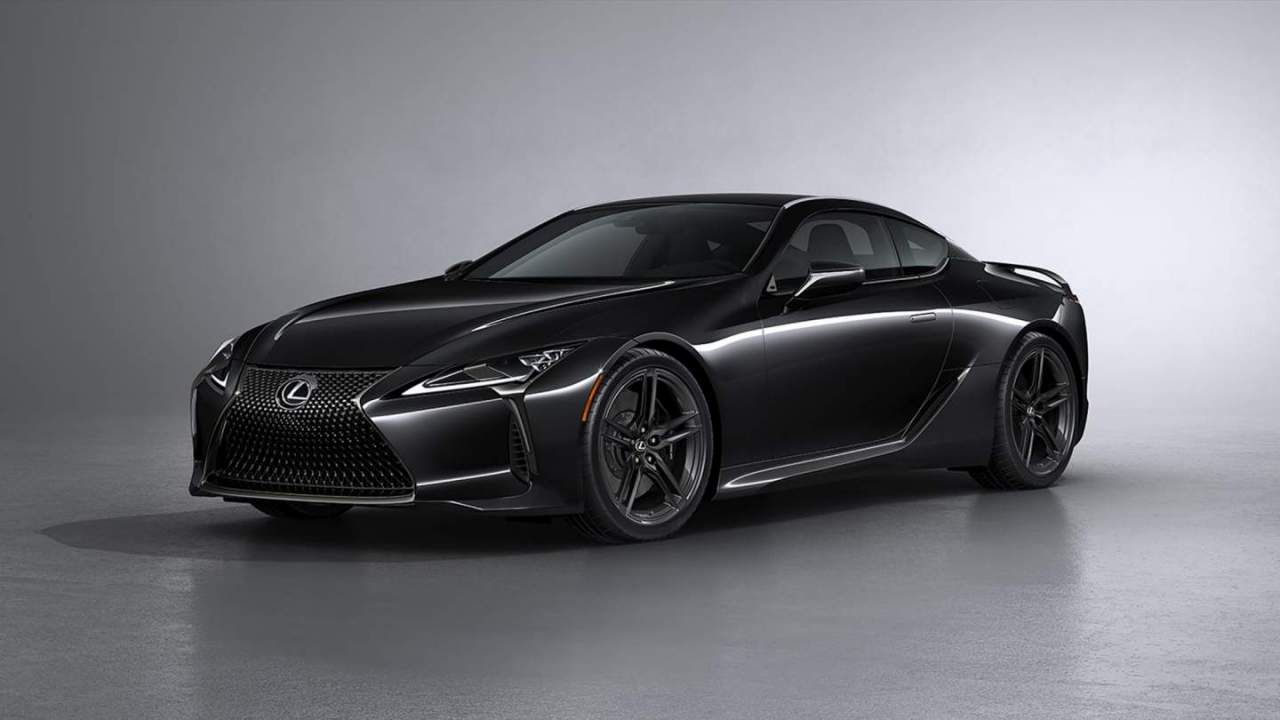 It’s essentially the same wing you’ll find in all US-bound LC 500 Inspiration Series trim models. Developed in partnership with Lexus engineers and Red Bull Air Race champion Yoshihide Muroya, the spoiler is nearly six-foot in width yet blends seamlessly with the LC’s dynamic shape. In addition, the new spoiler is an excellent match to those standard 21-inch five-spoke forged alloy wheels, finished in black, of course. 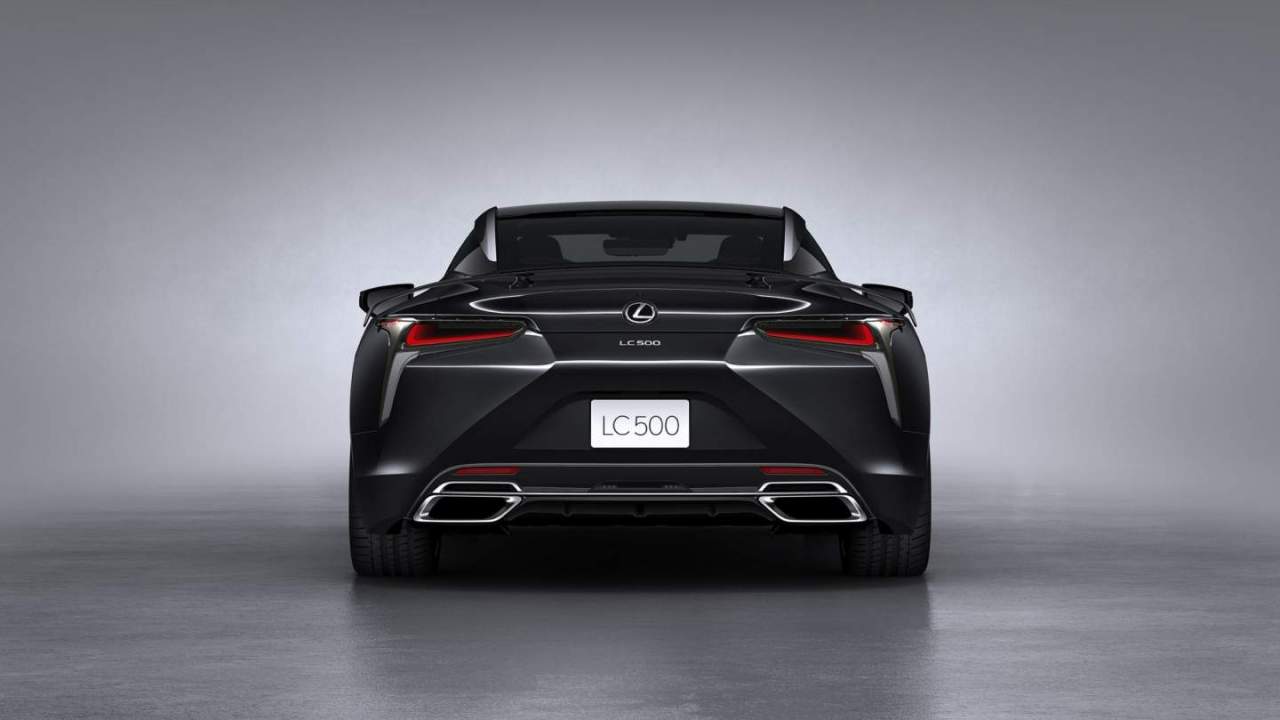 Opening the doors will reveal a masterfully crafted interior with generous splashings of Alcantara and Saddle Tan leather accents. The Lexus LC comes with a fantastic array of standard kit, but the Sport Plus Pack will throw in that magnificent-sounding Mark Levinson audio system (with 13 speakers) and 10-way power seats. 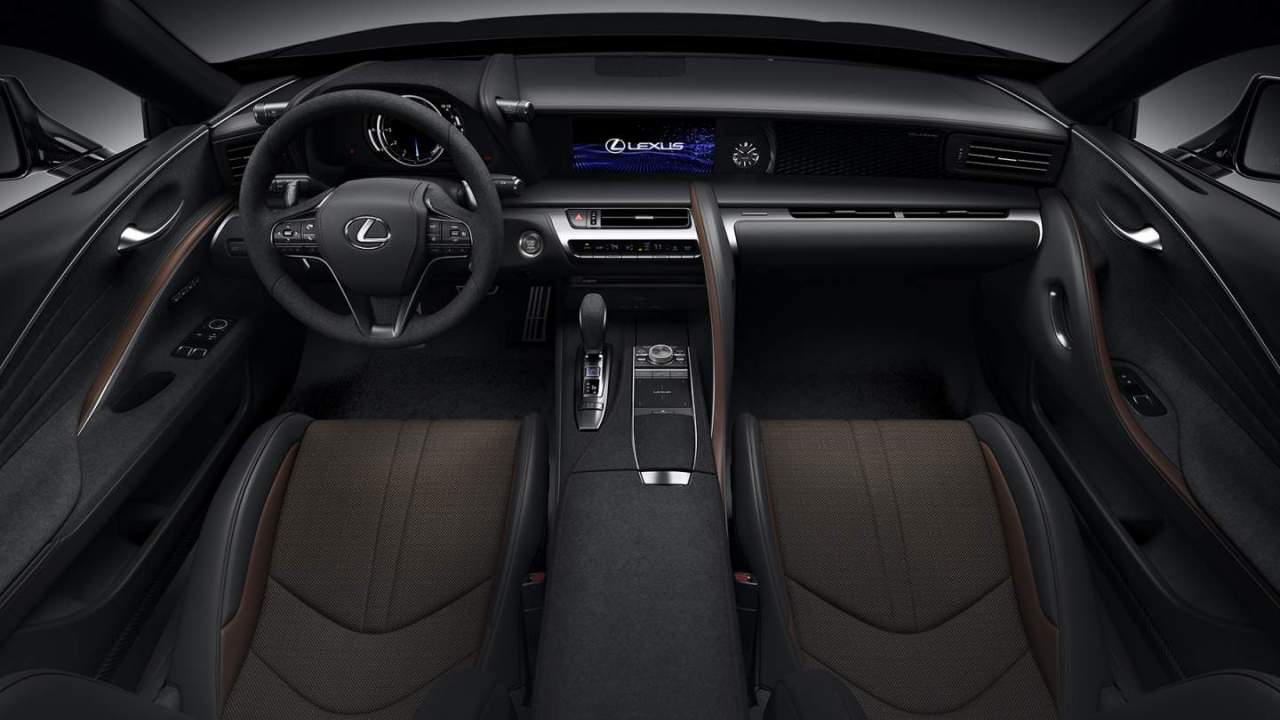 The LC 500 is not an all-out supercar, but it’s one of the finest grand touring luxury coupes that doesn’t have a spinning propeller or three-pointed star badge. Under the hood is a 5.0-liter naturally-aspirated V8 engine with 471 horsepower and 398 pound-feet of torque. On the other hand, the LC 500h swaps the V8 for a 3.5-liter V6 gas engine, two electric motors, two gearboxes, and a lithium-ion battery pack. The hybrid LC has a combined output of 354 horsepower. 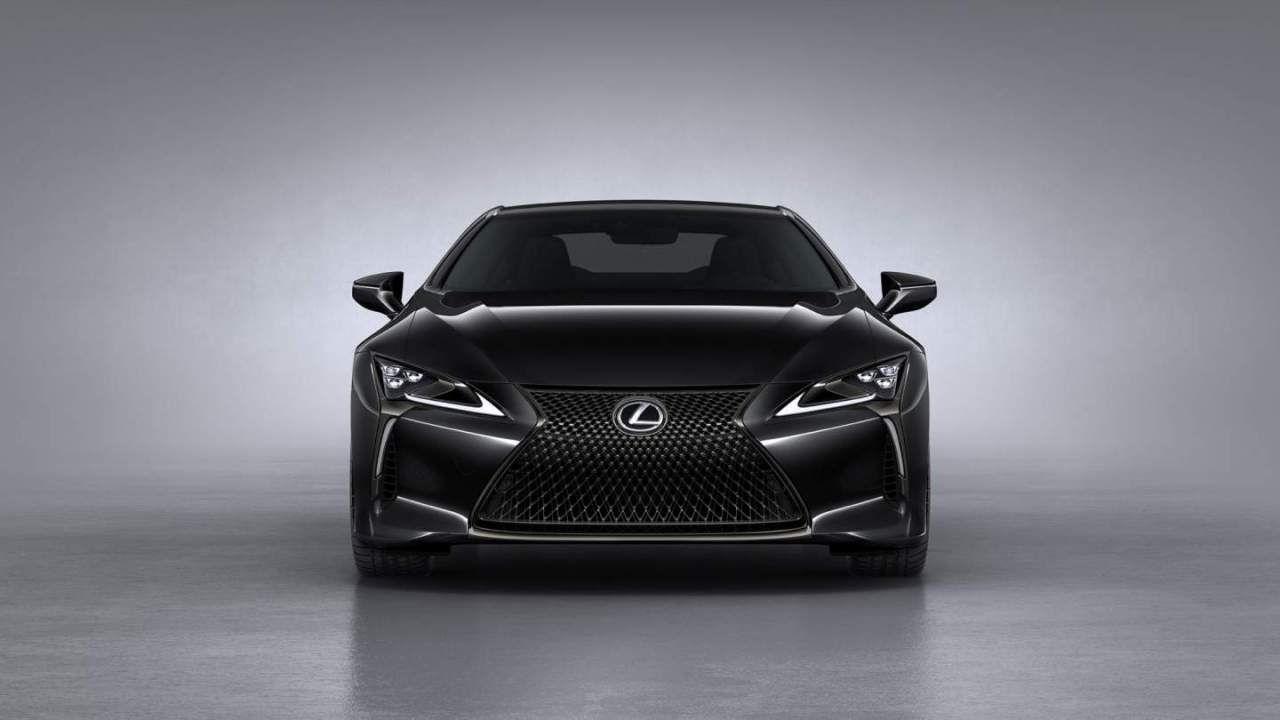 Lexus UK claims the LC Black Inspiration will arrive at dealerships starting November 1. Meanwhile, the US-market LC 500 Inspiration Series is limited to 100 units and will come at dealership lots this winter.