Genesis has revealed its newest model, with the 2022 GV70 promising both style and substance in the competitive crossover segment. Slotting in beneath the GV80 SUV as a smaller, sportier option, the new GV70 sticks with the “Athletic Elegance” design aesthetic we’ve seen from the Korean automaker recently, though arguably at its most extreme.

At the front, there’s the now-familiar superhero crest grille that Genesis has used on models like the G90 and G70. In the case of the GV70, however, it has a more beveled appearance courtesy of a sharply angled inner-edge.

Flanking it are the quad-LED headlamps the automaker has also made its own in recent months. Here, they’re above oversized air intakes in the lower fascia. Missing, however, are the LED counterparts on the front fender which the GV80 has, though the GV70 retains the sweeping shoulderline which trails down into the rear quad-LED taillamps. 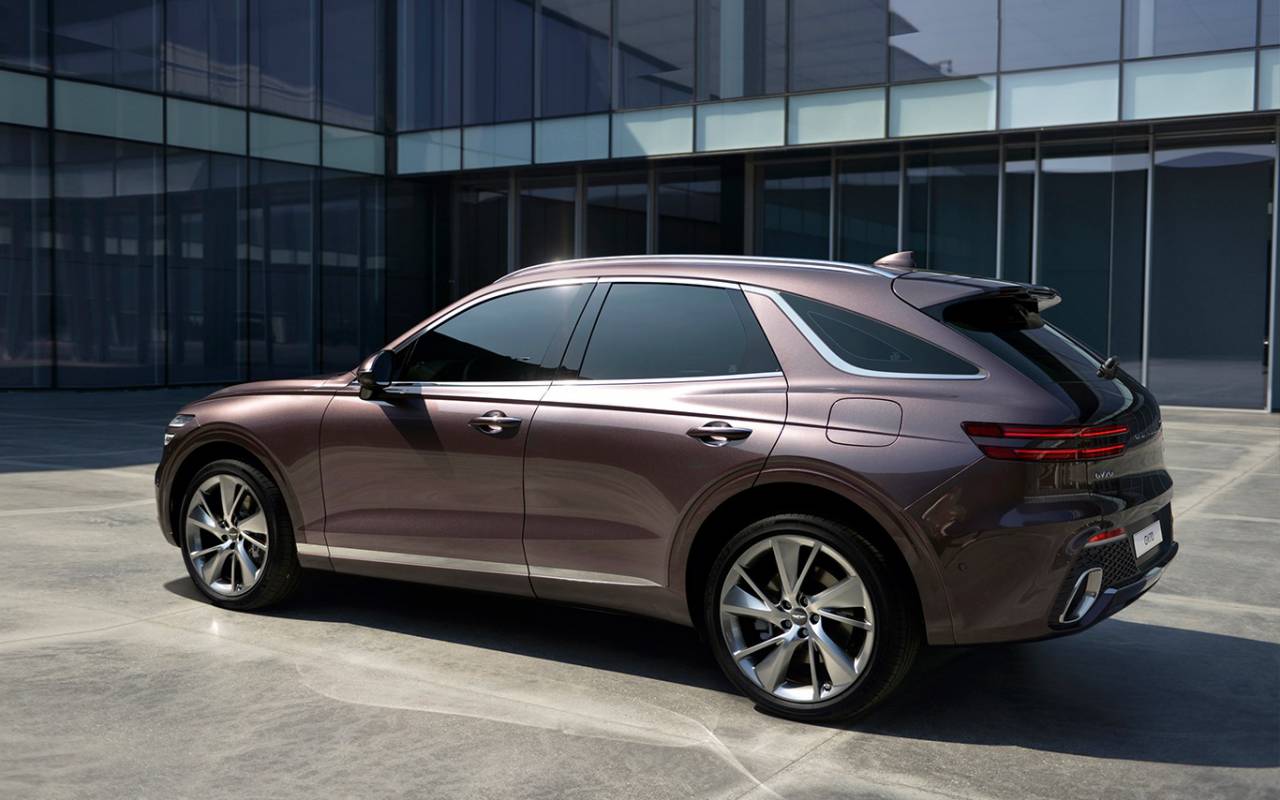 It’s the rear three-quarter which is likely to be most controversial, particularly in the way that the glass aft of the rear door pillar fits into things. Genesis has used an unusual dog-leg chrome trim to emphasize that, above a secondary crease line. You can’t say it’s not distinctive, though we suspect it’ll be fairly polarizing. 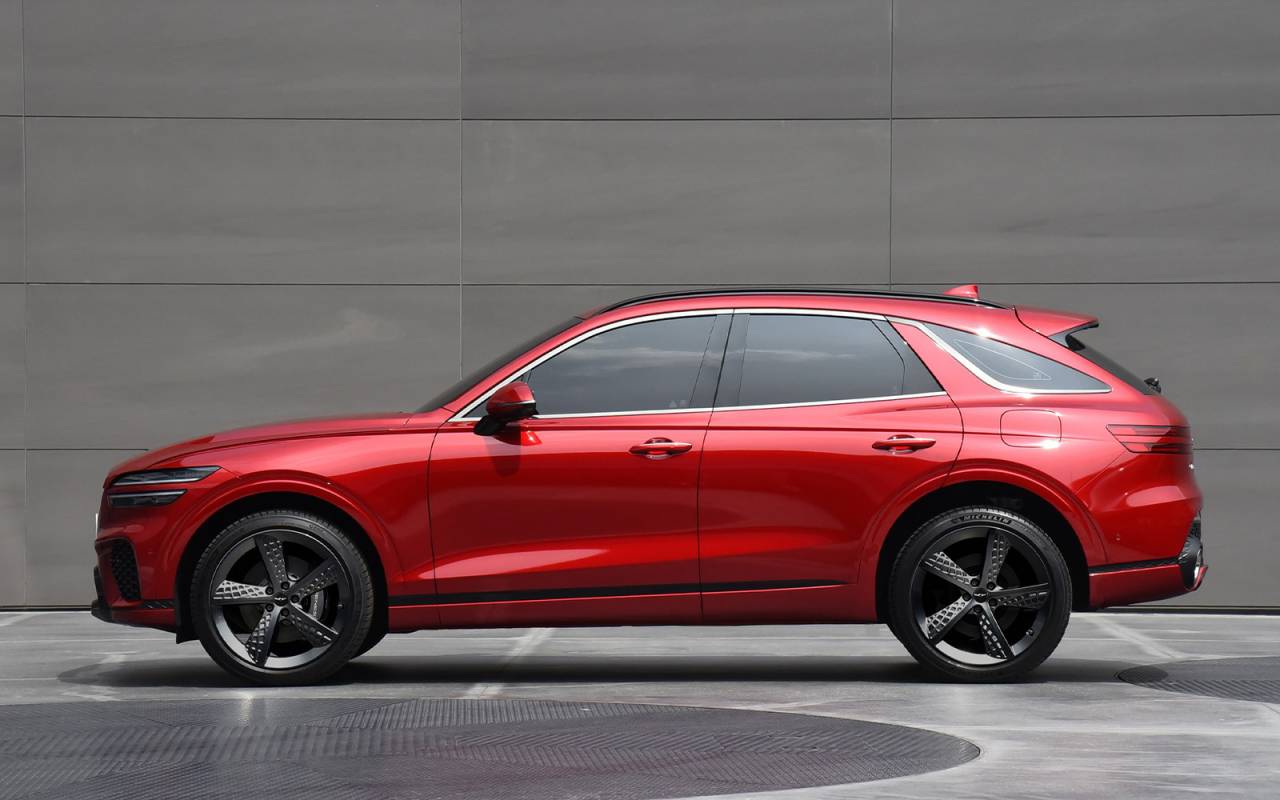 So too will Genesis’ wheel designs. The automaker has carved out a reputation in recent years for its more outlandish selection of rims, including unexpectedly retro deep-dish designs for the G90 and snowflake-like options for the G80. We’ve now seen two possibilities for the new GV70 and, while one is fairly straightforward, Genesis decision to give the 2022 GV70 Sport 21-inch textured finish wheels – as though spider-webs have been pressed into their spokes – is certainly a daring one. 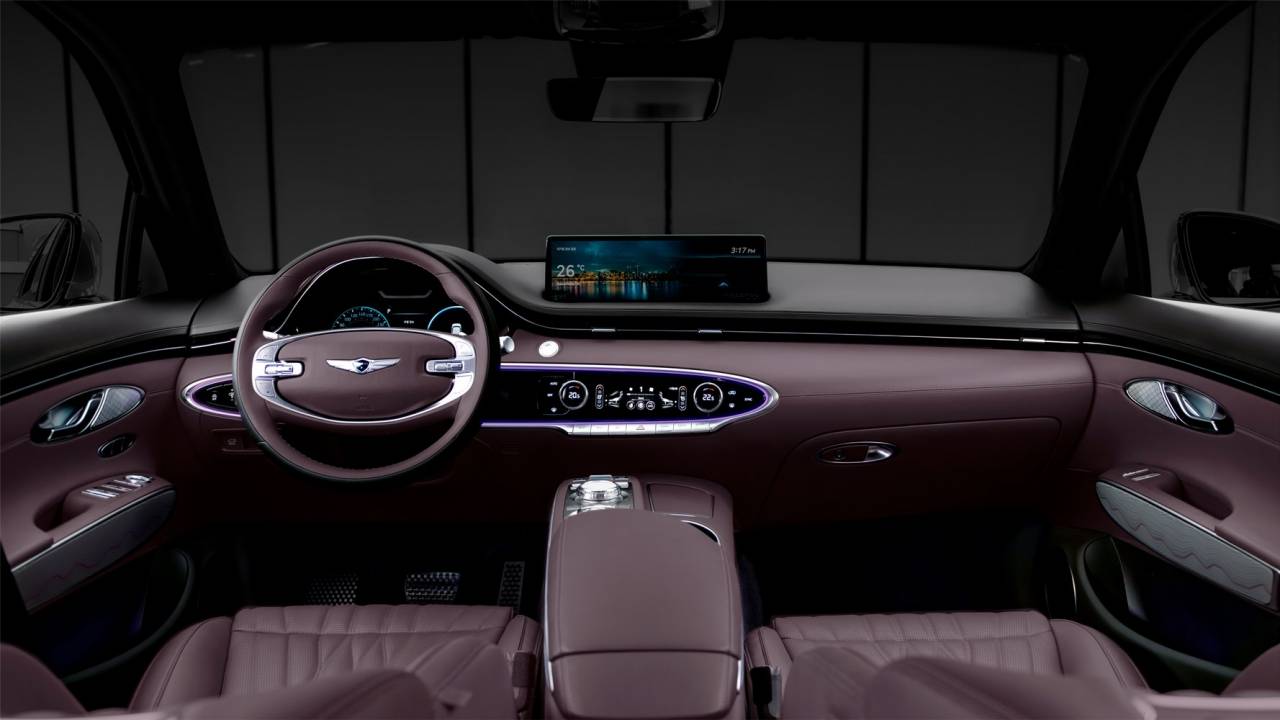 Inside is likely to be less contentious, following on from other recent well-received cabin designs. The rugby ball-esque steering wheel of the GV80 has been carried over in one interior, while the sportier version of the cabin has a more familiar three-spoke wheel instead; either way, the center console and HVAC controls are reworked from what we’ve seen before. An ultra-wide display sits on top, controlled with a new design for Genesis’ multi-function controller. That’s ahead of the familiar rotary gear selector. The GV70 Sport will have carbon fiber trim in the center and on the doors. 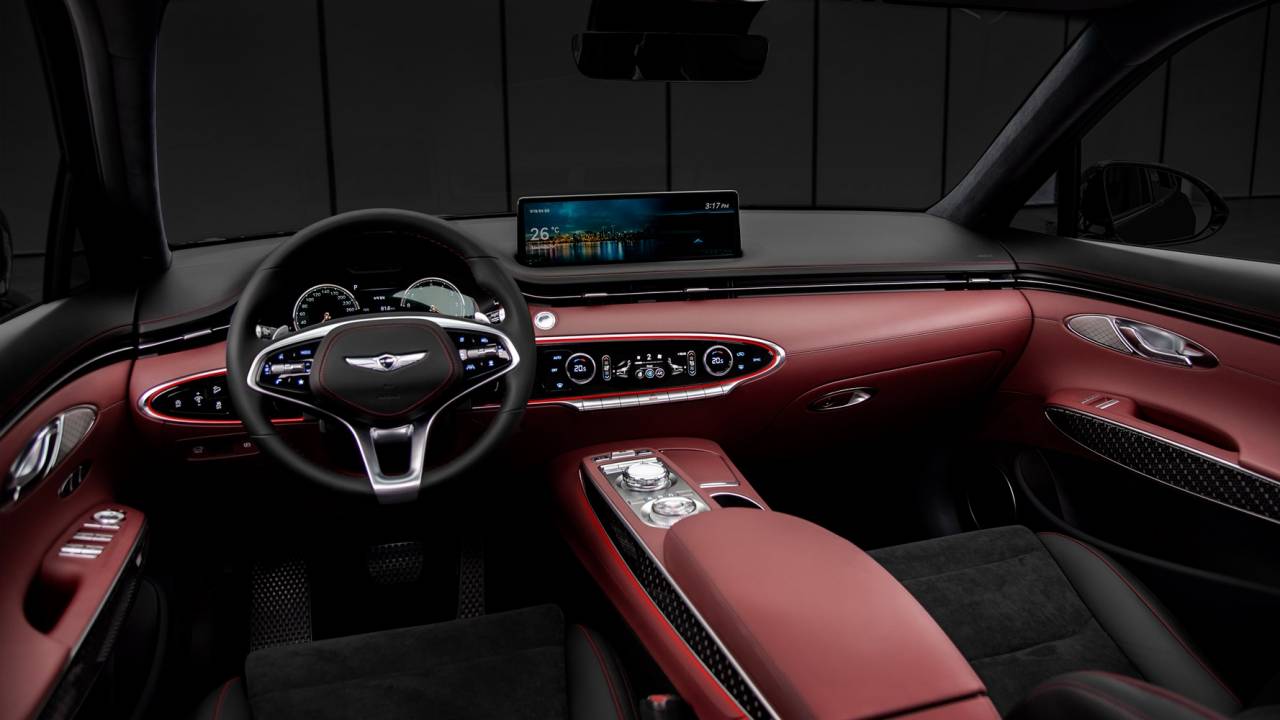 Genesis has been praised for the quality of its cabins of late, and the GV70 is shaping up to be no different. It should also be fairly tech-heavy, and is likely to feature the 3D instrument cluster that the automaker has been offering as an option on upper trims of its G80 and GV80 models.

For now, technical specifications are in short supply. It seems likely that Genesis will offer its existing 2.5-liter four-cylinder and 3.5-liter twin-turbo V6 in the GV70, paired with its 8-speed automatic transmission. AWD is probably going to be an option, rather than standard, too. Figure on more details in the coming months, ahead of a likely release sometime next year.