But there’s another first. The 296 GTB is the first hybrid Ferrari not to have an electrified front axle. It may sound counterintuitive if Ferrari is looking to oust electrified supercars with oodles of Italian horsepower, but the decision not to add an electric front motor saves weight. It also means a true-blue, dyed-in-the-wool rear-wheel driving experience, and that’s nice.

From the onset, Ferrari’s latest 296 GTB has the McLaren Artura on its crosshairs, and both supercars have similar features to merit this claim. The Ferrari has a 2.9-liter 120-degree bank angle V6 gasoline engine that can rev to 8,500 rpm like the Artura. It also has pancake-design hybrid motors that draw juice from a relatively tiny 7.5 kW battery pack. 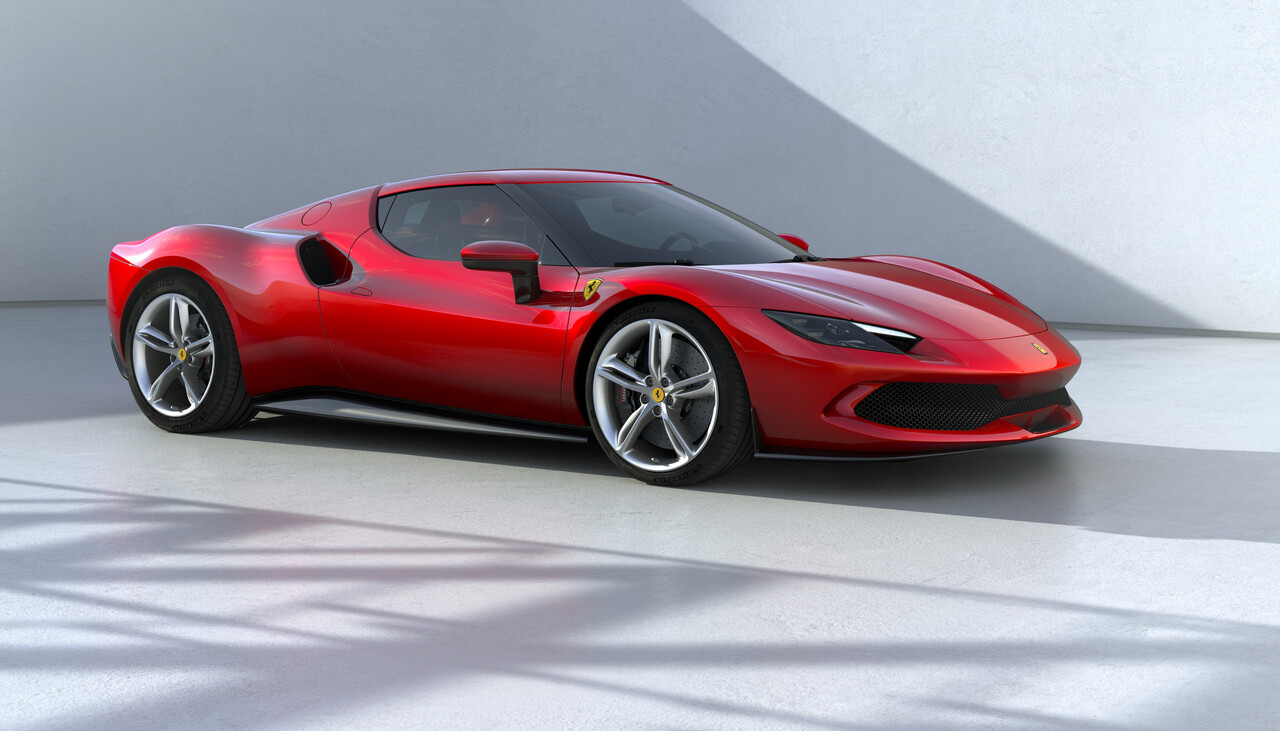 Ferrari claims the hybrid motors have similar design and engineering features to the brand’s motor-generator kinetic unit (MGU-K) from Charles Leclerc and Carlos Sainz Jr.’s Formula 1 racing cars. The plug-in hybrid system offers zero delays on the throttle pedal, allowing for an instant burst of acceleration. And despite its dinky battery, the Ferrari 296 GTB has an all-electric and zero-emissions driving range of around 16 miles (25 km). 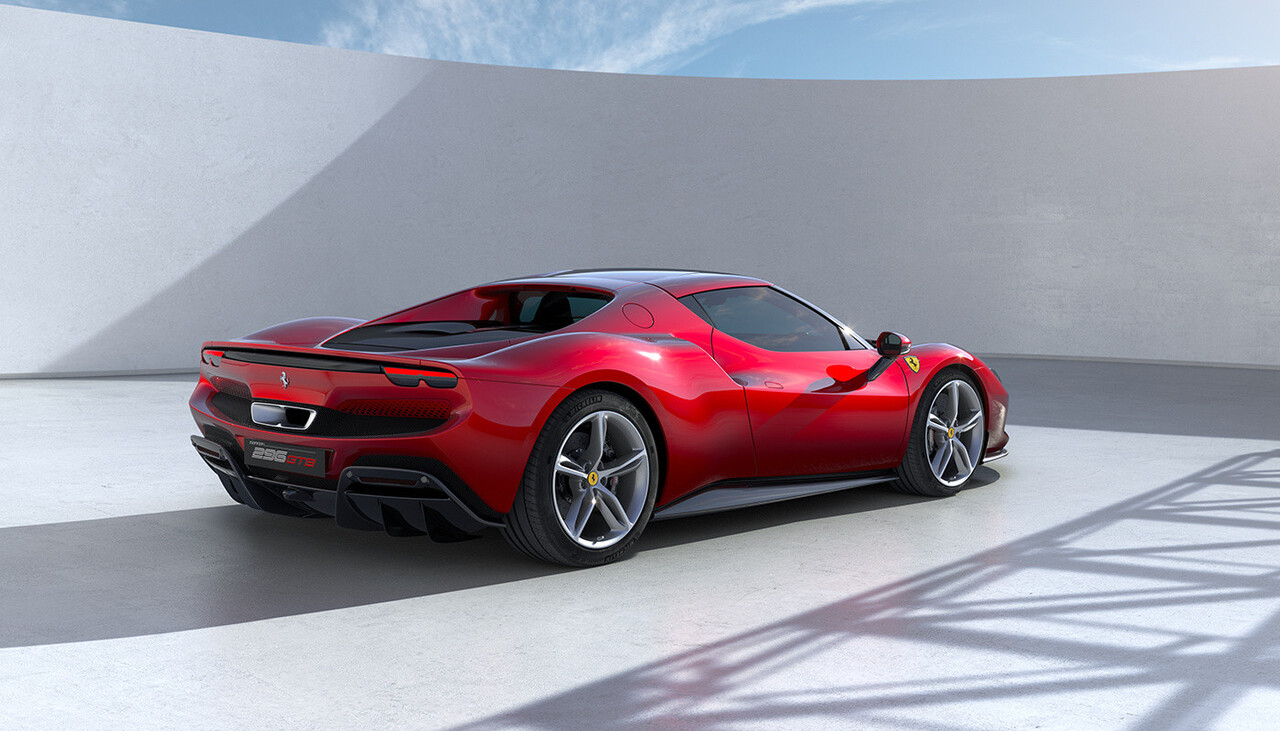 The engine specs are a car nerd’s dream come true. It has custom single-scroll IHI turbochargers with a smaller turbine rotor and compressor wheel. The turbos can spin to a mind-numbing 180,000 rpm to consistently offer a solid boost. The new turbos are 24-percent more efficient than in the Ferrari SF90, allowing the automaker to produce a V6 engine with the highest specific output for a production-based supercar. 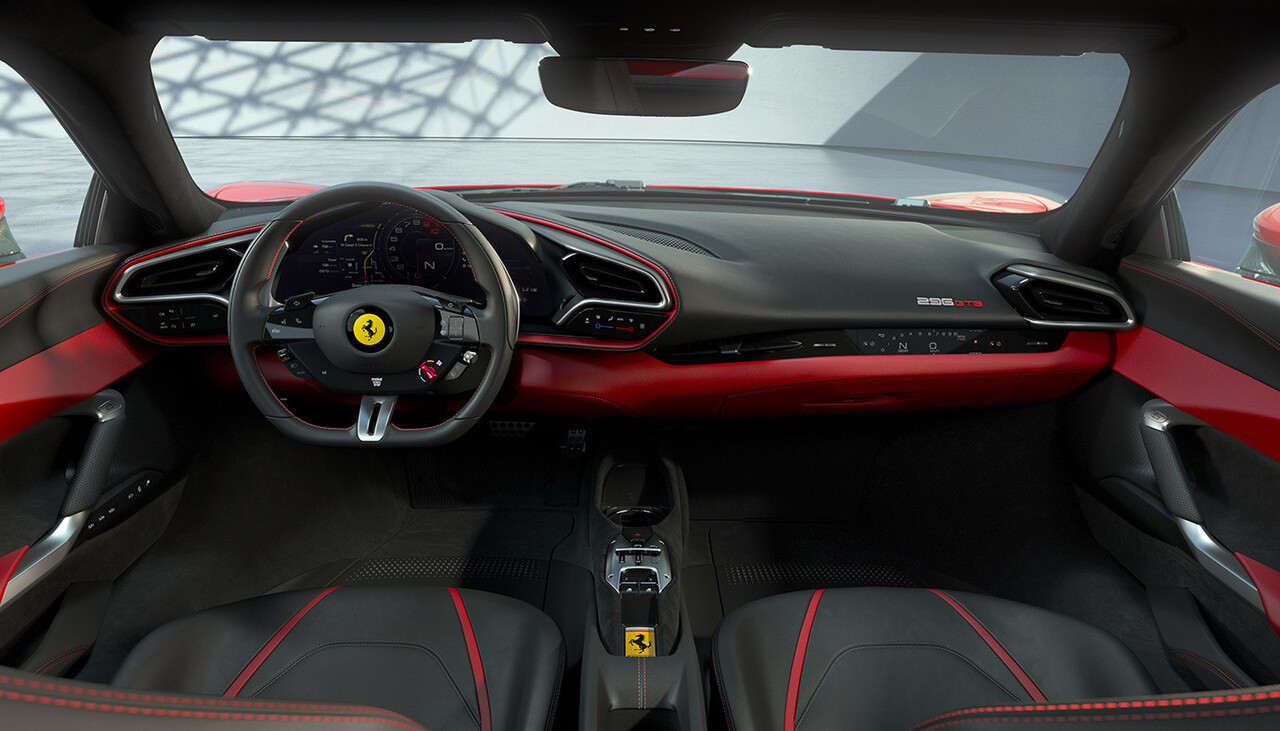 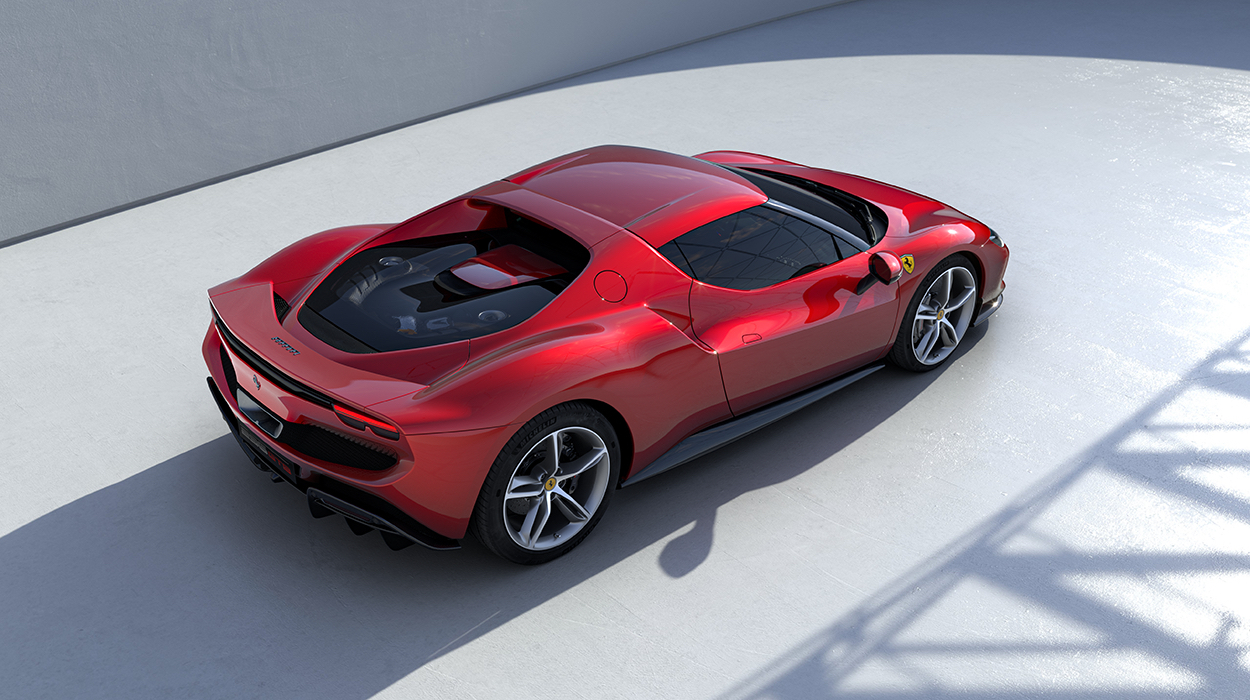 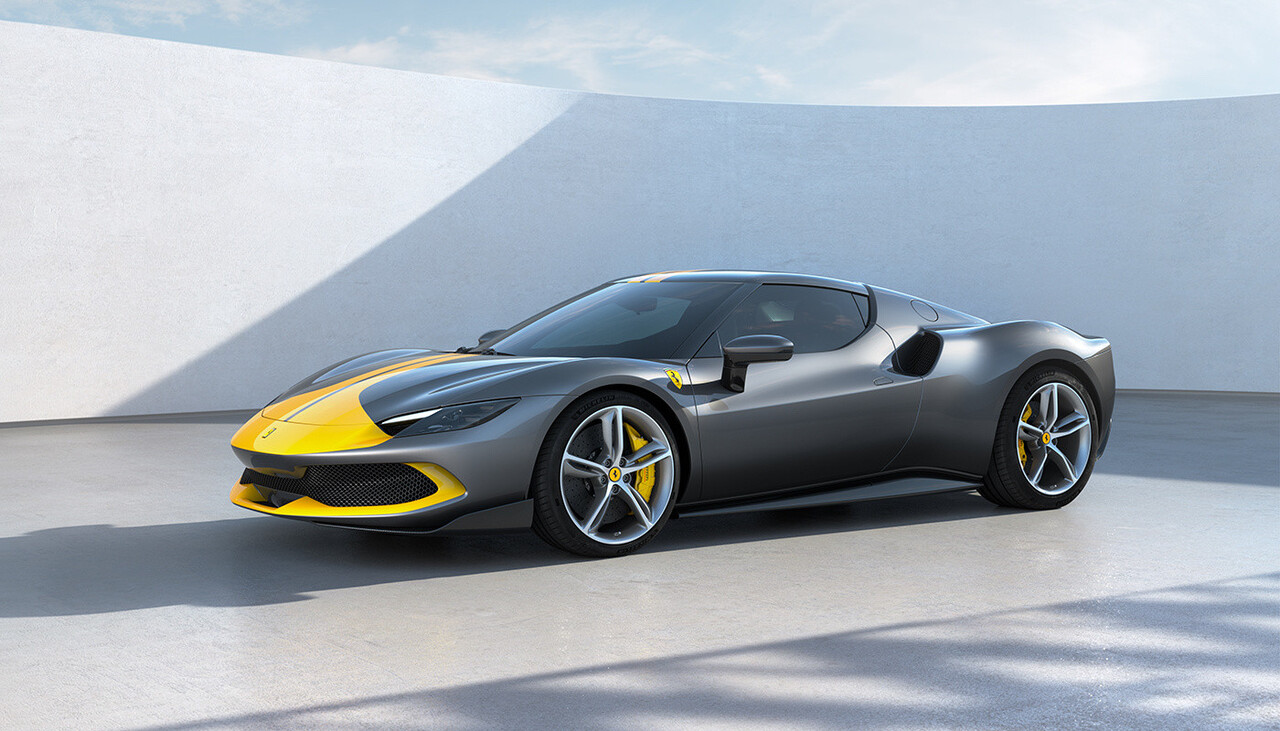 Design-wise, the latest 296 GTB has all the right proportions, but the shape is an ode to hi-tech aerodynamics. For the first time, it has an active rear spoiler to guarantee maximum downforce. The rear wing enables an additional 220 pounds (100kg) of downforce on the rear axle in a high-downforce configuration. Oh, and did you see those flying buttresses? 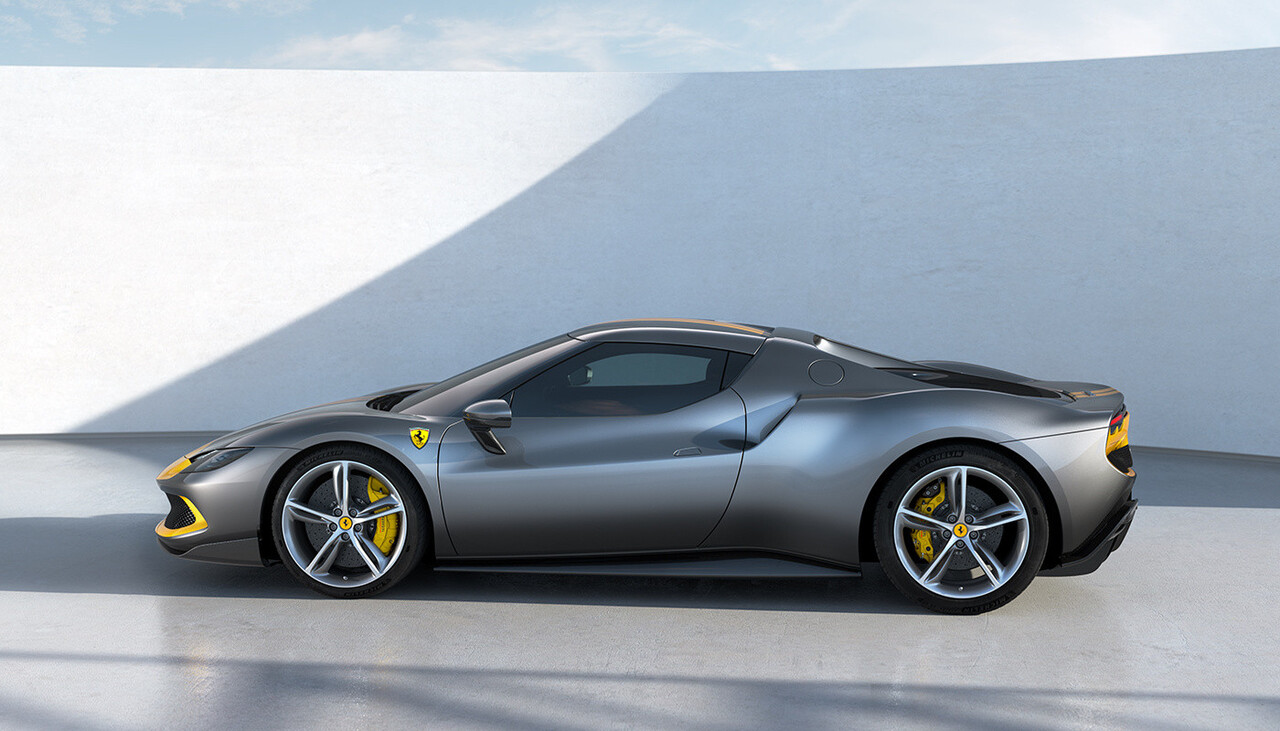 Ferrari also unveiled the Assetto Fiorano Package for its latest 296 GTB. Like in the SF90, the package includes a carbon-fiber chin spoiler with dive planes (adding 22 pounds of downforce) and a weight-reduction package with carbon-fiber door panels and a Lexan rear window, shaving 33 pounds off the 296 GTB’s dry weight of 3,240 pounds (1,470 kg). 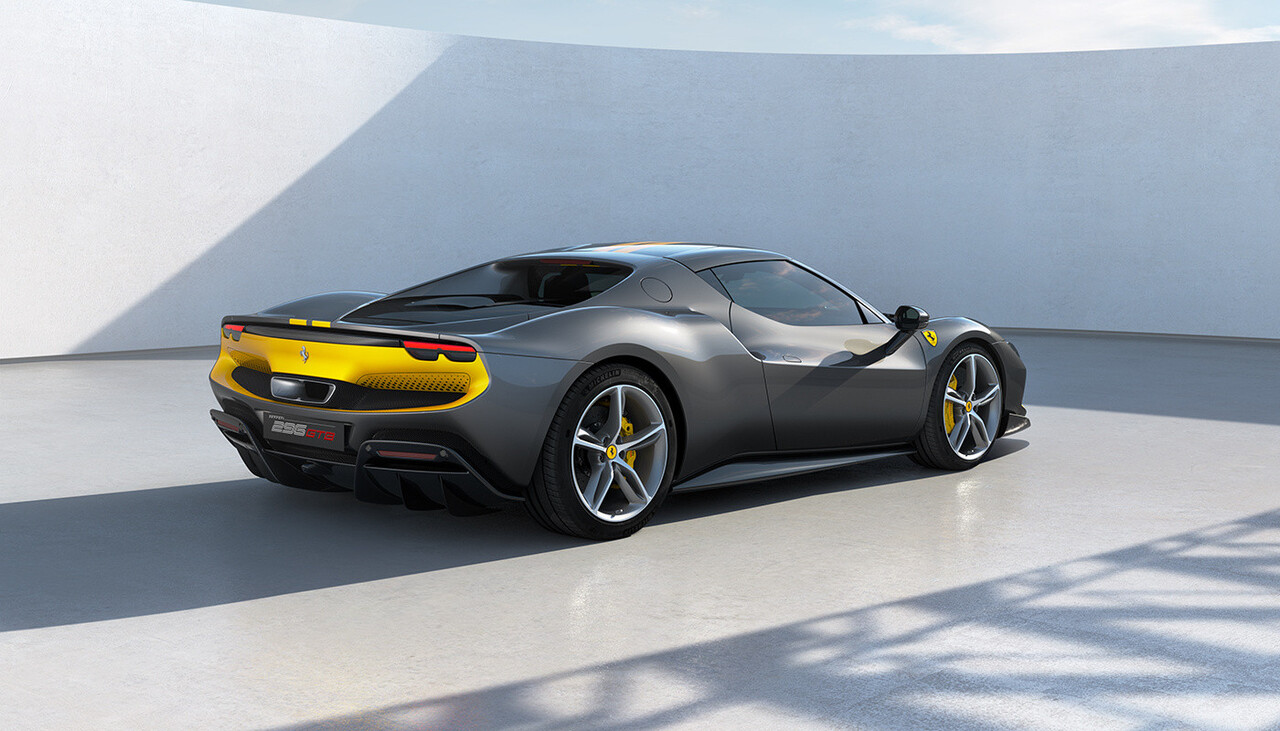 Inside, the Ferrari 296 GTB has an all-digital instrument cluster and dashboard, with most physical switches now found in the steering wheel. It also has a heads-up display with the optional all-leather trim. It arrives in 2022 at Ferrari dealerships with base prices starting at around $320,000.