Bentley has added a new hybrid gas-electric model to its line-up, with the 2022 Flying Spur Hybrid joining the existing V8 and W12 models and becoming the luxury automaker’s most efficient car yet. The new sedan joins the Bentayga Hybrid SUV, as Bentley looks ahead to its aggressive electrification plans for the next decade and beyond.

Those plans include Bentley’s first all-electric model by 2025, the automaker said last year. By 2026, all of the automaker’s cars will be offered in some sort of hybrid or pure-electric form; by 2030, there’ll be no more combustion engines at all in new models. 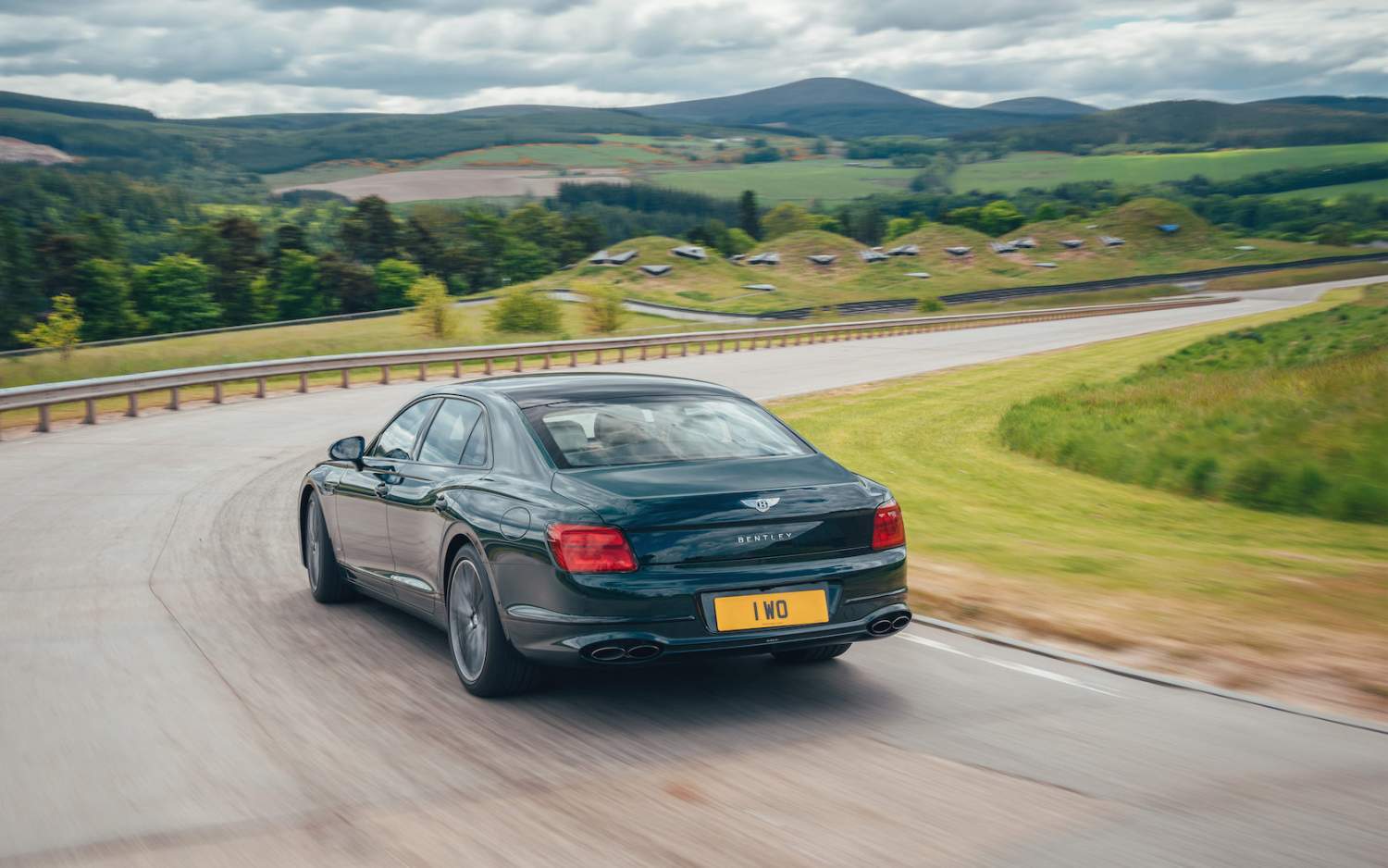 It’s a big transition, especially since until now just one model in Bentley’s line-up has been electrified. Like the Bentayga Hybrid, the new Bentley Flying Spur Hybrid combines a V6 gas engine with an electric motor, the latter powered by a rechargeable battery pack. However power is up compared to the SUV. 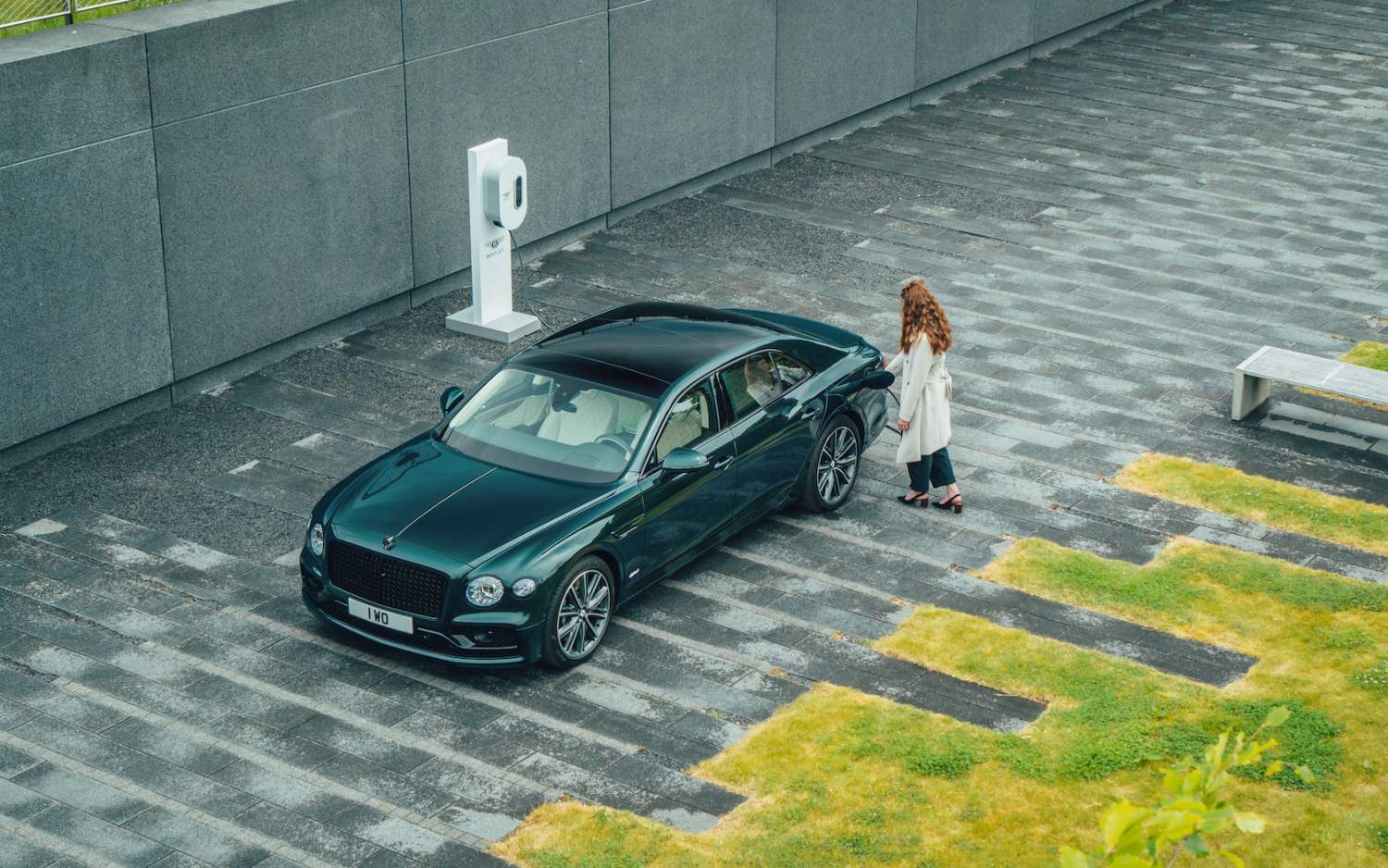 The 2.9-liter V6 has 410 horsepower and 406 lb-ft of torque, with twin-scroll turbochargers. It’s actually more powerful, per liter, than the 4.0-liter V8 engine which Bentley already offers in the Flying Spur V8. For the hybrid, it’s paired with an electric motor that contributes 134 horsepower and 295 lb-ft of torque.

Overall, it means 95 horsepower more than in the Bentayga Hybrid, and sufficient for 0-60 mph in 4.1 seconds. Top speed is 177 mph. The 14.1 kWh lithium-ion battery is expected to support over 25 miles of electric-only driving, albeit on the WLTP cycle rather than the tougher EPA test. Total driving range – with a full battery and a full tank of gas – is over 435 miles, Bentley says. CO2 emission figures will be confirmed pending certification. 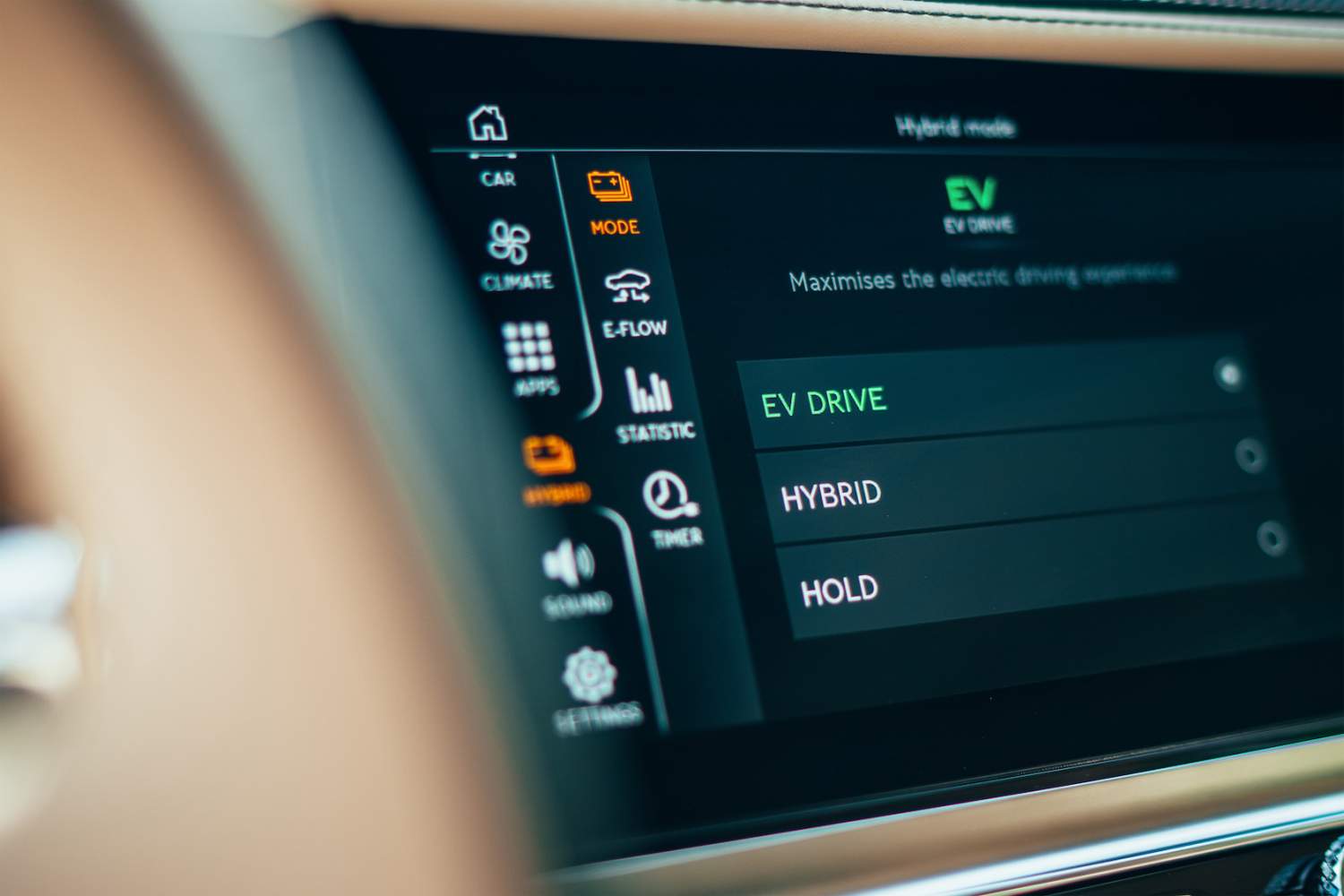 As with the Bentayga Hybrid, while the Flying Spur Hybrid may be down on engine size compared to its V8 and W12 siblings, the electric drive arguably suits the ethos of a luxury grand tourer far more. Instantaneous torque and near-silent EV driving should make for an interesting combination on the road, with Bentley offering a variety of modes to implement the electric power.

EV Drive mode is the default, prioritizing electric driving, while Hybrid Mode balances gas and electric and can take into account a route programmed into the navigation system. Hold Mode saves the current state of charge for later use. Bentley has added new range, battery level, and charging information screens to the dashboard displays and head-up display, and there are also new regenerative braking indicators too. 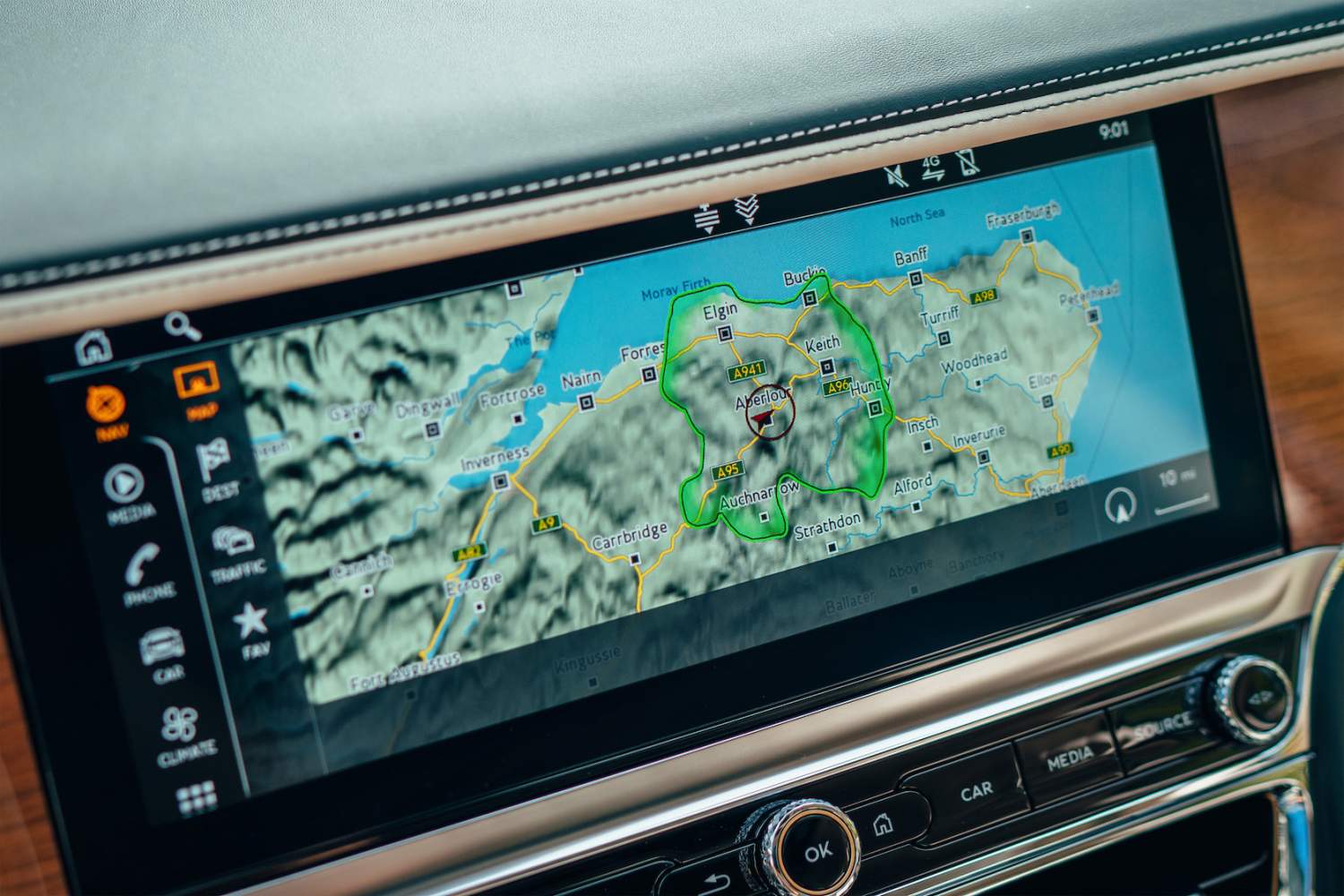 Outside, there’ll be a choice of seven standard paint colors, along with the extended paint range, Mulliner finishes, and bespoke options. A Blackline Specification will swap out the glossier exterior trim for darker, more contemporary versions; you’ll be able to get niceties like the illuminated Flying “B” mascot still, too. 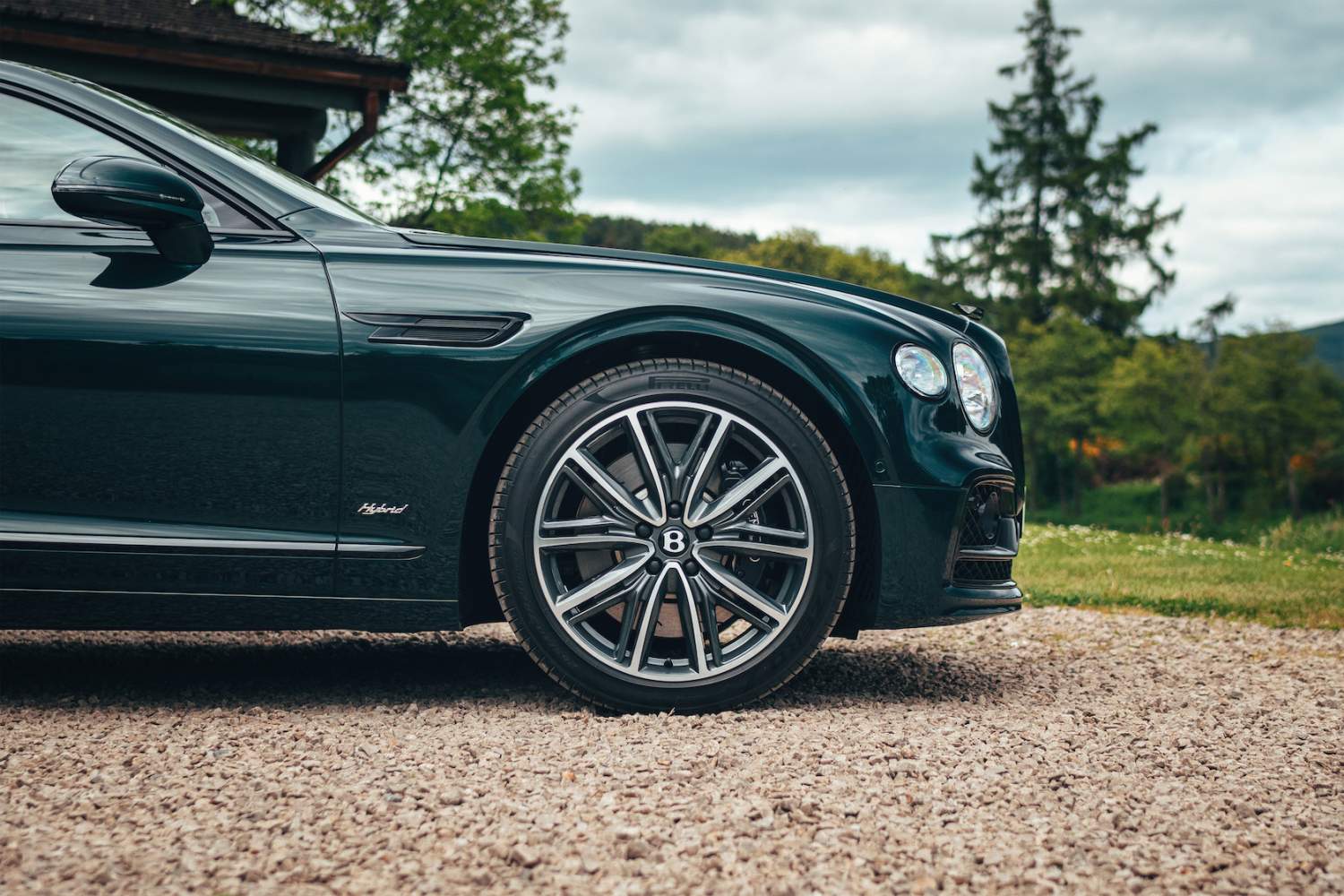 New “Hybrid” badging will be added to the lower front fenders; the rear will get quad oval tailpipes too. A new charging port – which will top up the battery in as little as 2.5 hours, depending on charger type – is on the left rear fender. 20-inch wheels are standard, while 21-inch and 22-inch versions are optional. 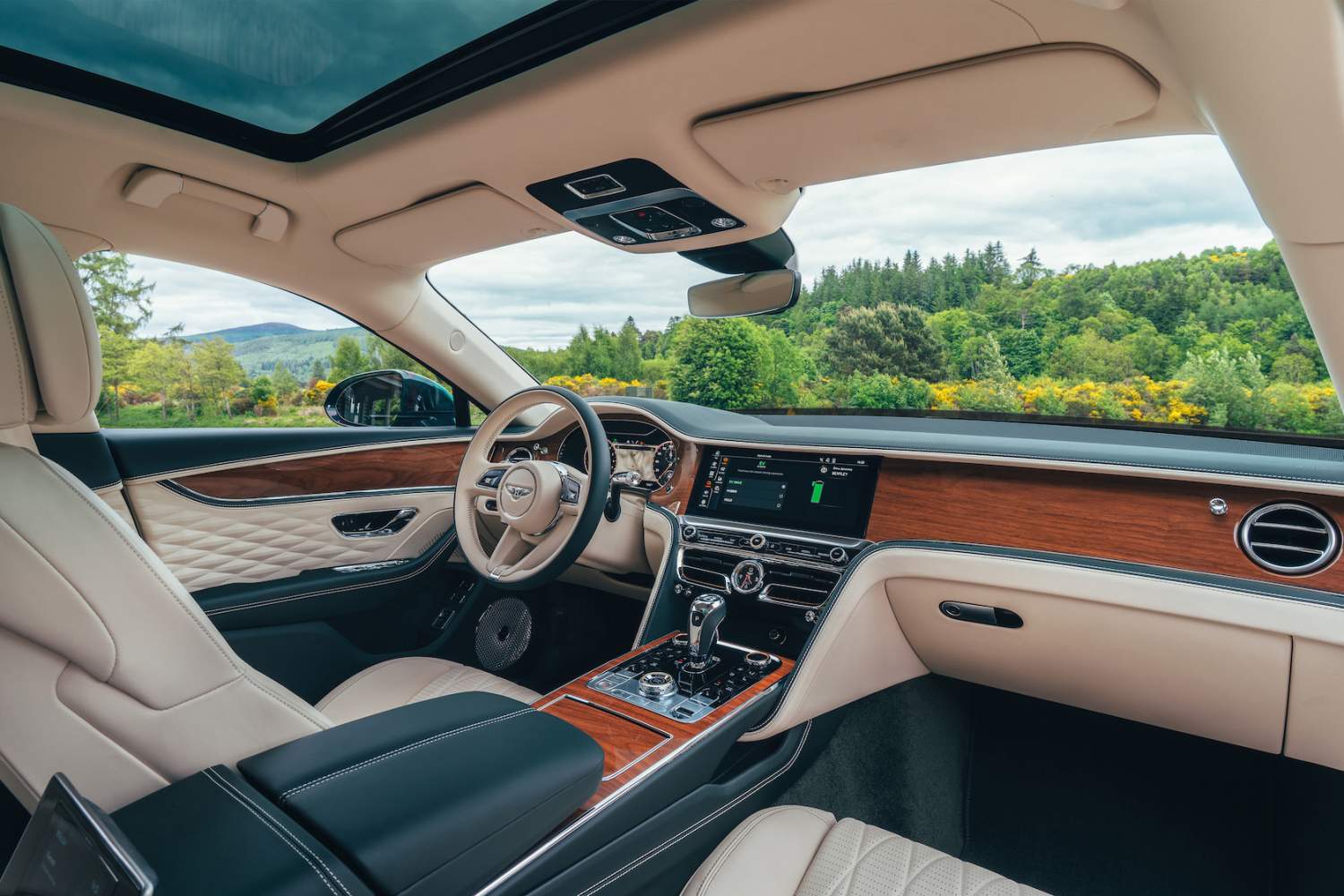 Inside, there are five hide colors as standard, and 10 as part of the Colour Specification; that also includes duo-tone options. As usual there’s plenty of tech along with the lavish materials, including embedded data connectivity that can allow remote hybrid monitoring and control from Bentley’s smartphone app. 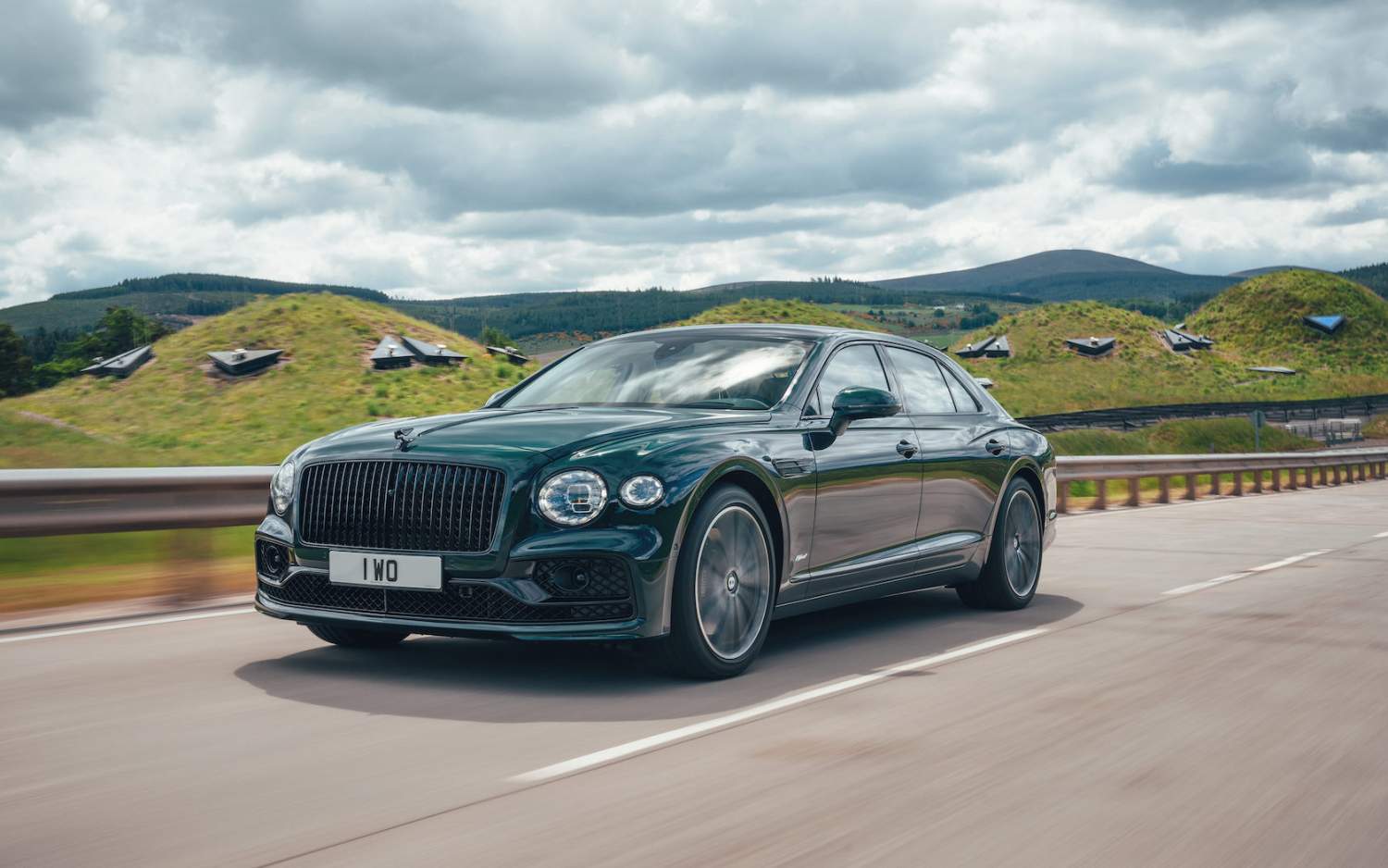 Sales of the 2022 Bentley Flying Spur Hybrid will start from the summer, with the first deliveries expected before the end of this year. US pricing begins at $204,000.