Bentley’s most fearsome version of its sports coupe, the new 2022 Continental GT Speed, has roared out of the shadows today, bringing with it 650 horsepower to play with. While the British luxury automaker may be readying its complete transition to electrification, the GT Speed is a welcome reminder that there’s still a reason to be very excited about W12 engines.

At least, when those W12 engines are like the beast under the new Continental GT Speed’s shapely hood, that is. 6.0-liters, twelve cylinders, and a total of 650 hp and 664 lb-ft of torque, it’s enough for 0-60 mph in 3.5 seconds and a top speed of 208 mph, Bentley says. To nudge the power up from the “regular” W12’s 626 hp, Bentley extended the boost pressure further up in the rev range. 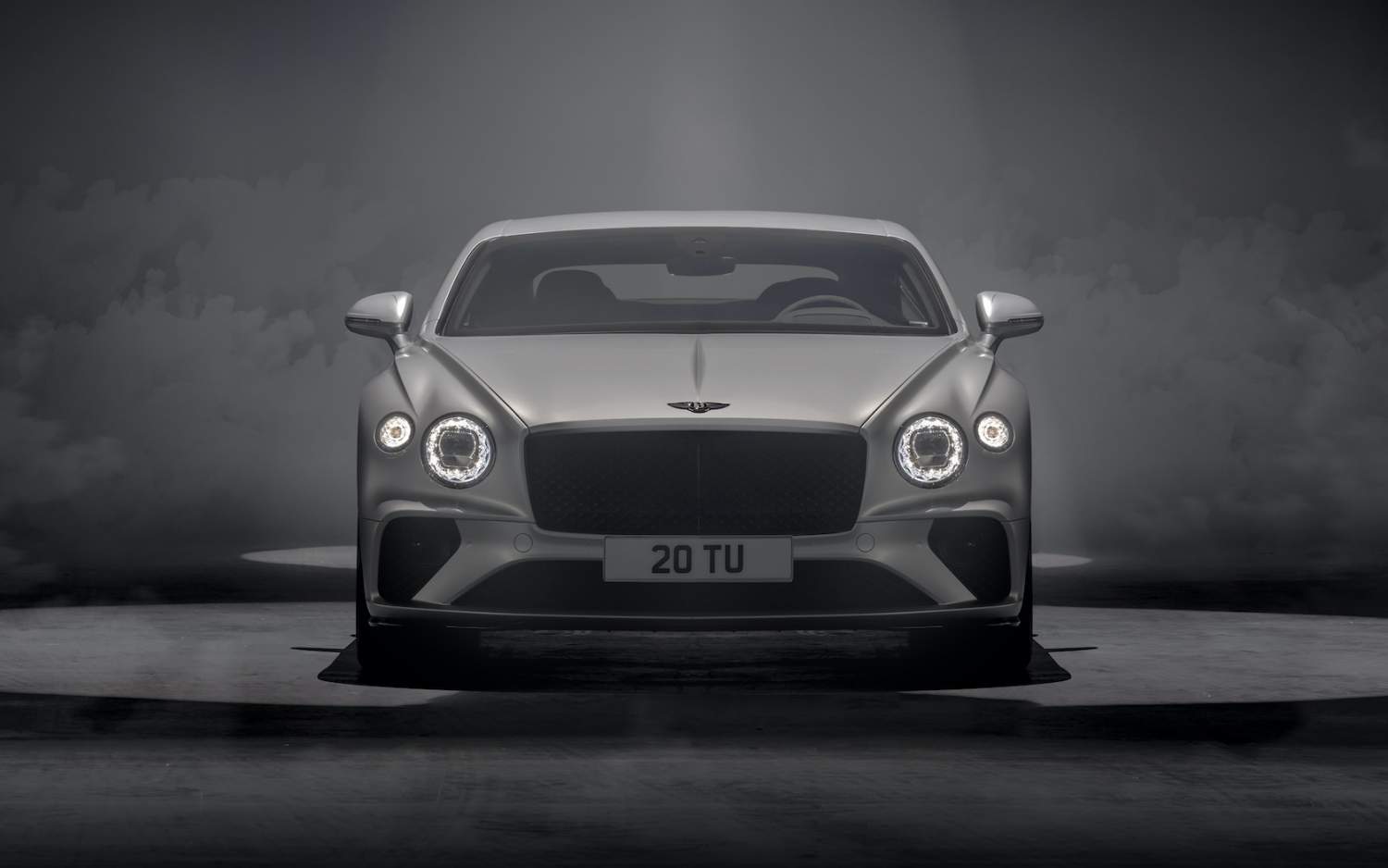 Although clearly related to the standard Continental GT – and, like it, there’ll be both coupe and convertible versions – the Speed introduces plenty of changes under the sheet metal. There’s a new electronic all-wheel steering system, for instance, with standard Bentley Dynamic Ride and – for the first time – an electronic limited slip differential (eLSD). Together they promise a boost in longitudinal stability and better traction in tricky road conditions. 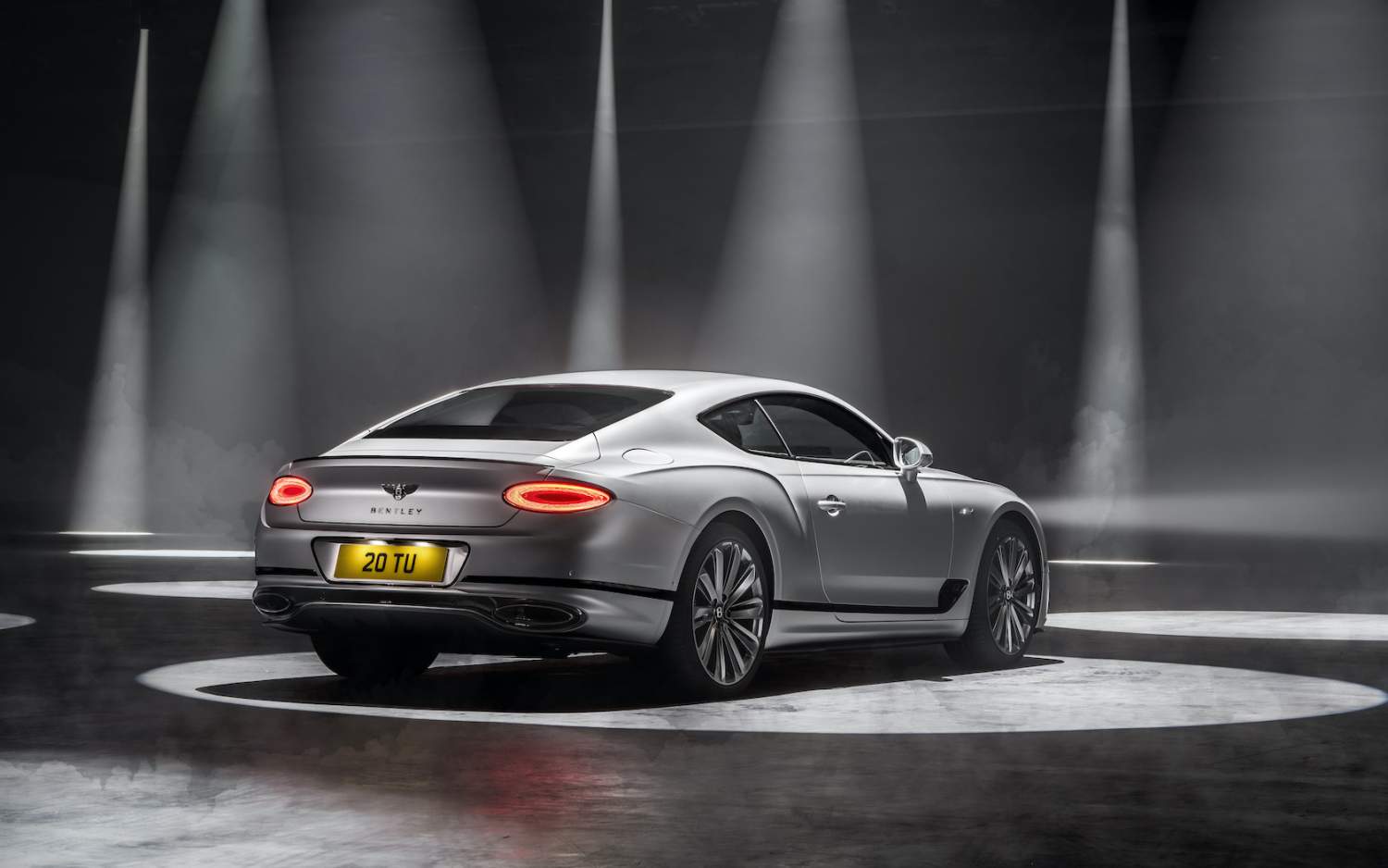 Flip the drive mode dial to Bentley or Comfort, for example, and you should get more traction, and more stability at high speeds. Twist the knurled knob to Sport, however, and Bentley has tuned the eLSD to better balance on/off throttle adjustability, the turn-in response, and straight-line performance. Sport mode also funnels more power to the rear axle via the standard all-wheel drive.

The result, Bentley says, is the epitome of the sports grand tourer. As cosseting and long-legged as you’d expect from a Continental GT, but with the potential for outright speed and cornering performance when the road suits. Three-chamber active air suspension, the 48V active anti-roll control system, and adaptive damping all work together for that double-personality. 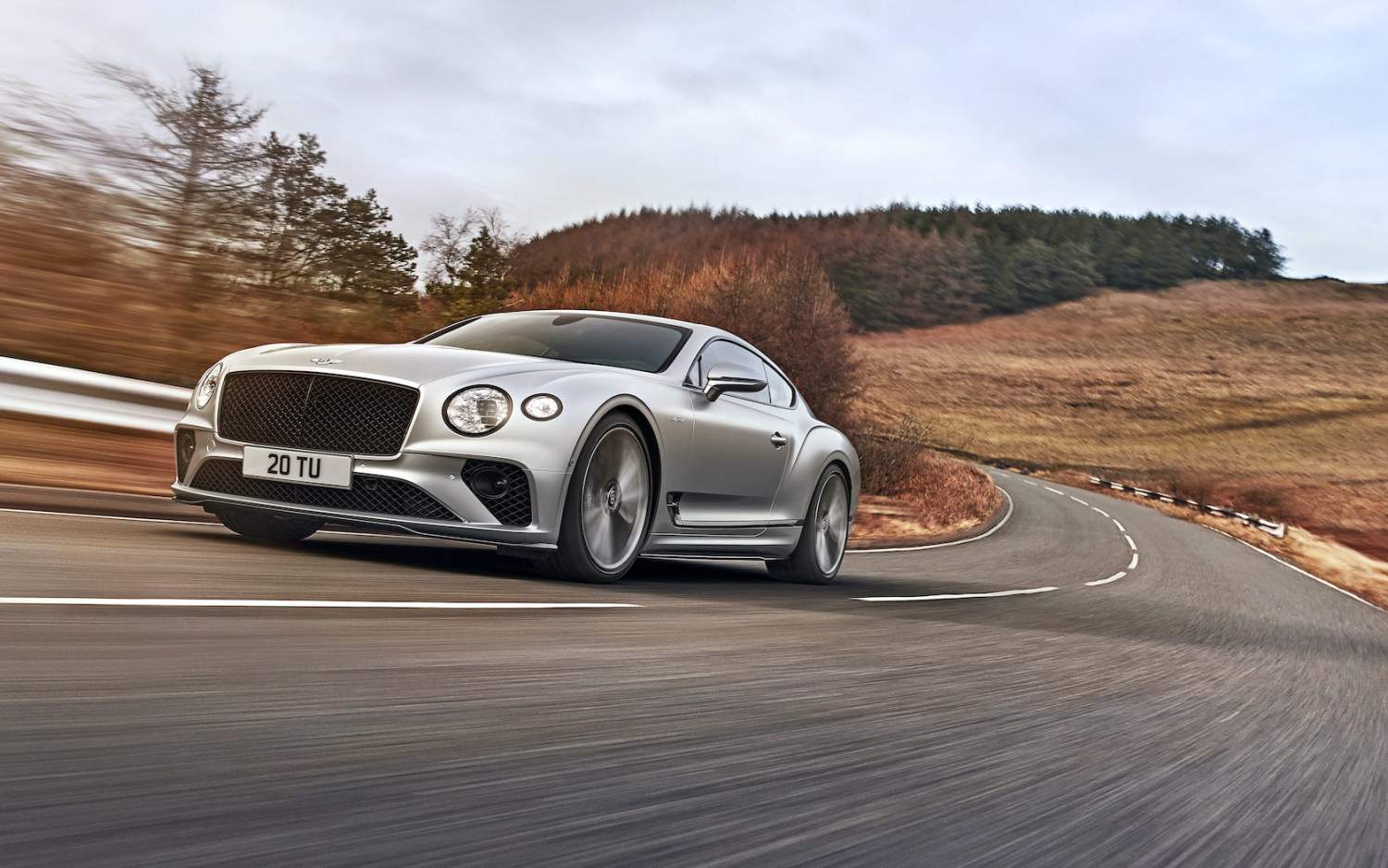 If you’re feeling particularly brave, meanwhile, you might even turn off the ESC. That’s already dialed back in Dynamic mode, but supports being disabled completely for those times you have access to a track. There, the optional carbon ceramic brakes – with ten-piston front calipers and four-piston rears – might be useful too, saving over 72 pounds of unsprung mass from the roughly 5,000 pound curb weight of the car, and looking rather fetching behind the 22-inch unique Speed wheels. 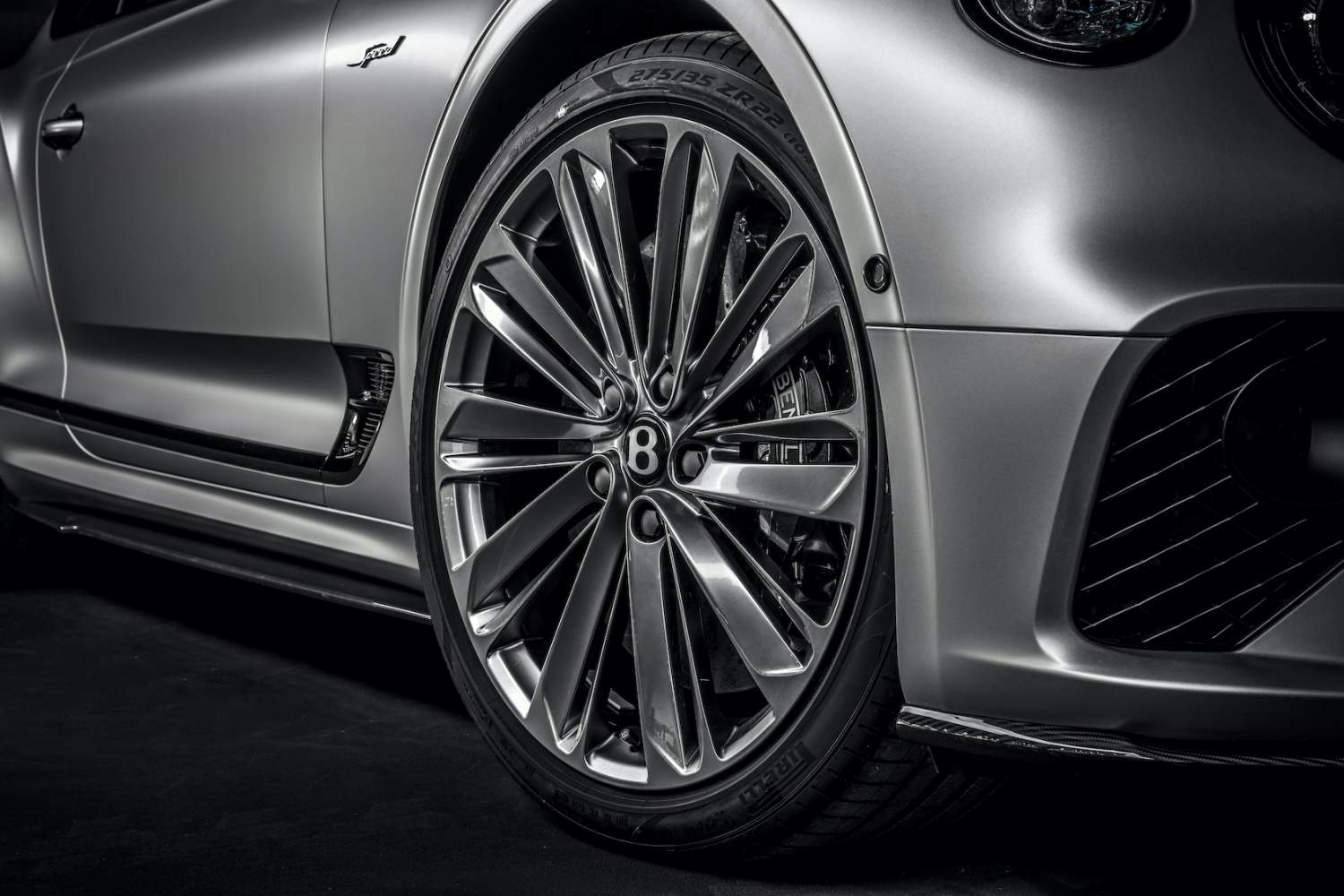 They’re not the only changes over the regular Continental GT. The dual-clutch, eight-speed transmission now shifts twice as quickly in Sport mode as the standard W12 version of the coupe, and the exhaust system is more aggressive. Bentley has tuned the car to upshift later and downshift sooner, maximizing time in the peak power range. 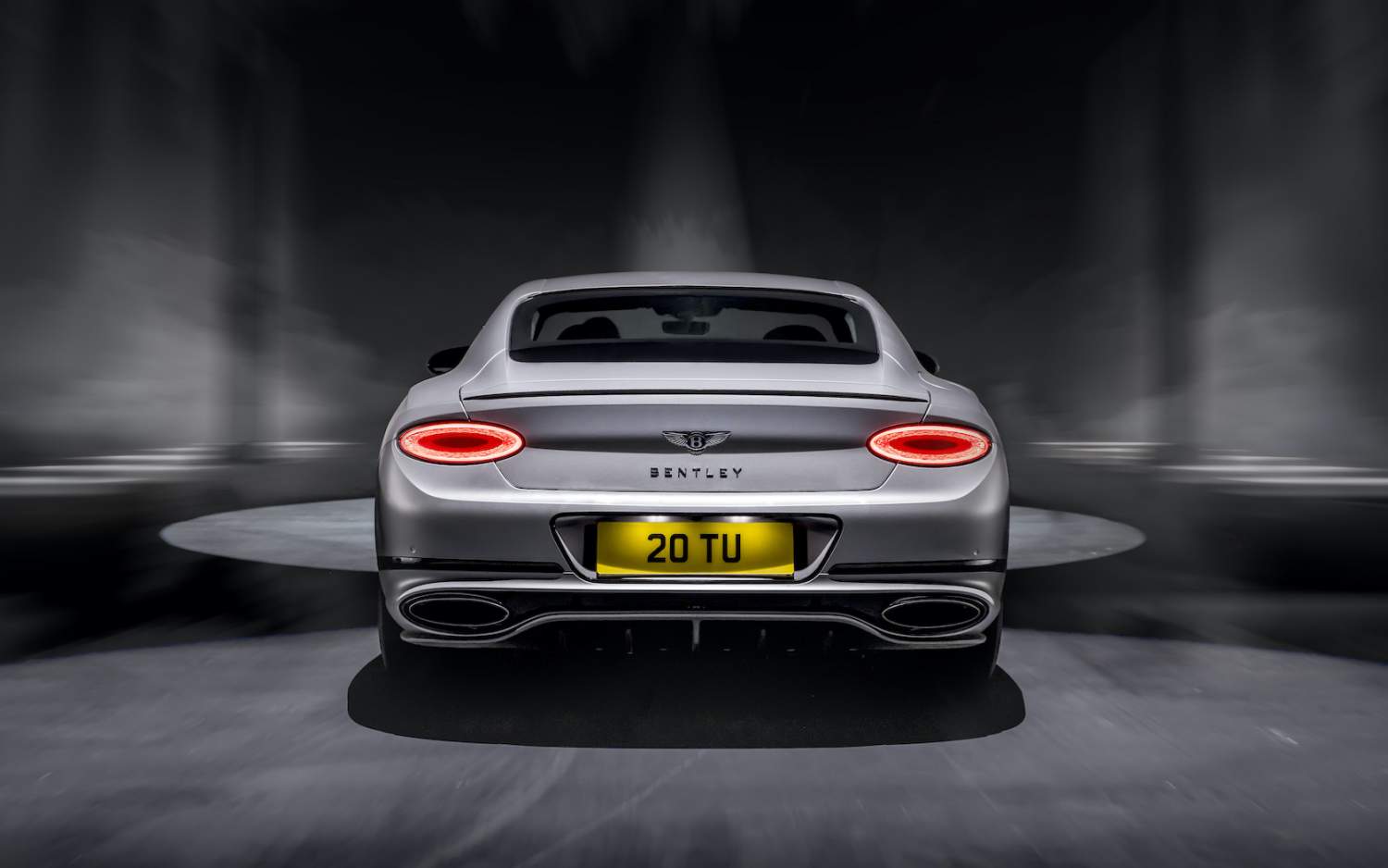 That’s not to say it’s entirely profligate. The stop/start system can now kick in at near-to-stop speeds, and when you’re cruising the Continental GT Speed can deactivate half of its twelve cylinders for an uptick in frugality: that helps make it the most efficient W12 in Bentley’s history. The automaker is also working with VW Group stablemate Porsche on synthetic fuels which Bentley expects to help reduce CO2 emissions as well, either blended with traditional fuels or fully replacing them.

As for the styling, as well as the special wheels there’s a new Dark Tint radiator grille and matching lower bumper grille, plus new sports sills on the side. The radiator gets a new Dark Tint matrix, and there are subtle Speed badges in chrome on the front fenders. “Jewel” fuel and oil filler caps are standard, as are illuminated Bentley treadplates. You can also switch the bright silver wheels for dark tint or black gloss versions. 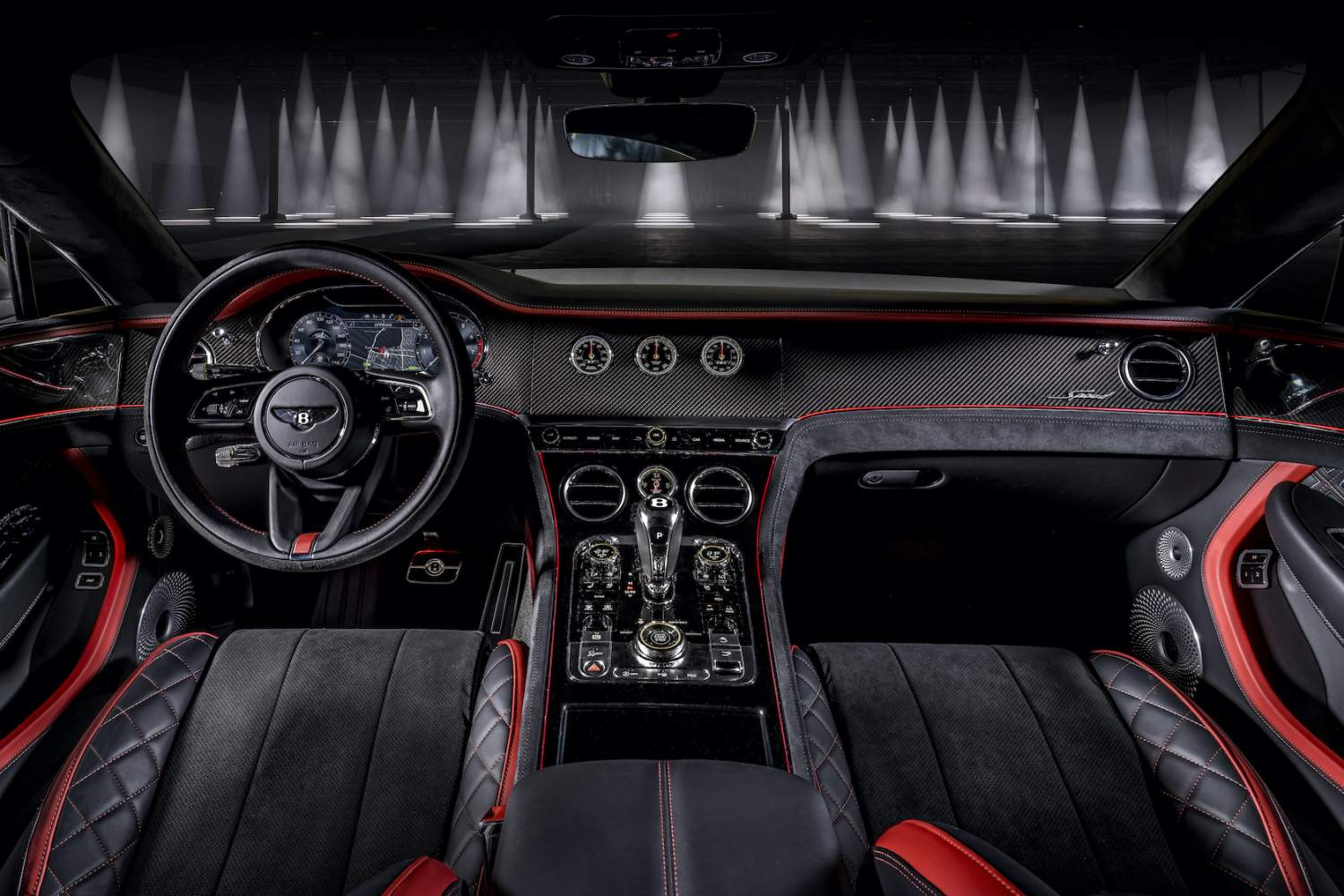 Inside, Bentley’s usual pristine cabin trimming talents are applied to a unique duotone color split option, pairing hide and matching Alcantara. That offers 15 main and 11 secondary hide colors, and extends to the steering wheel; if you’d rather, you can pair two leathers together instead. The center console offers a new dark tint aluminum finish with engine-turning, reminiscent of the dashboard of the Bentley Continental T offered back in the mid-90s. Diamond-in-Diamond quilting is standard on the seats and trim, as are Speed embroidered headrests. 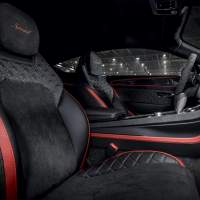 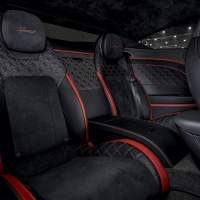 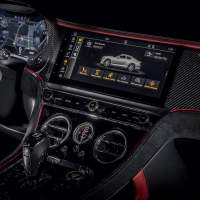 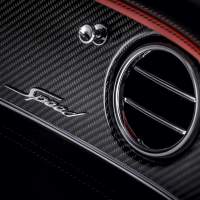 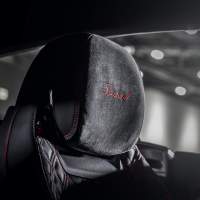 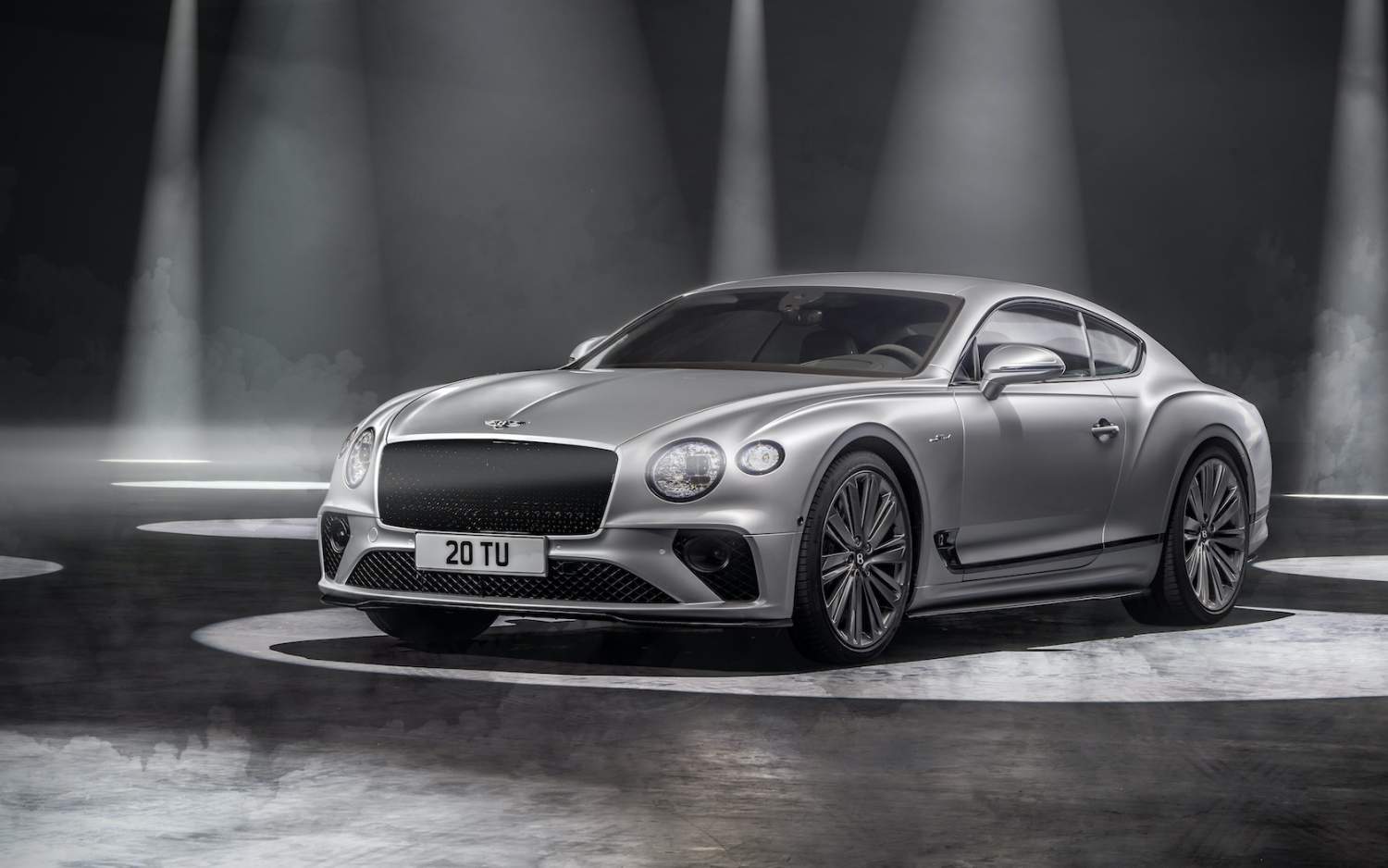