The 2021 Toyota RAV4 Prime is different from a conventional plug-in hybrid (PHEV). It also trumps a standard RAV4 Hybrid in terms of performance. According to Toyota, the new RAV4 Prime is the quickest four-door vehicle in its portfolio behind the Toyota Supra. We never thought this day would come, but it seems the new RAV4 Prime is moving the goalposts for future PHEVs.

Let’s get straight to the juicy facts, shall we? The new RAV4 Prime has the same 2.5-liter four-cylinder Atkinson-cycle gasoline engine as the RAV4 Hybrid. It produces a healthy 176 horsepower. However, it also has a larger lithium-ion battery pack along with a new booster/converter unit and powerful motor generators. The result is a total output of 302 horsepower. 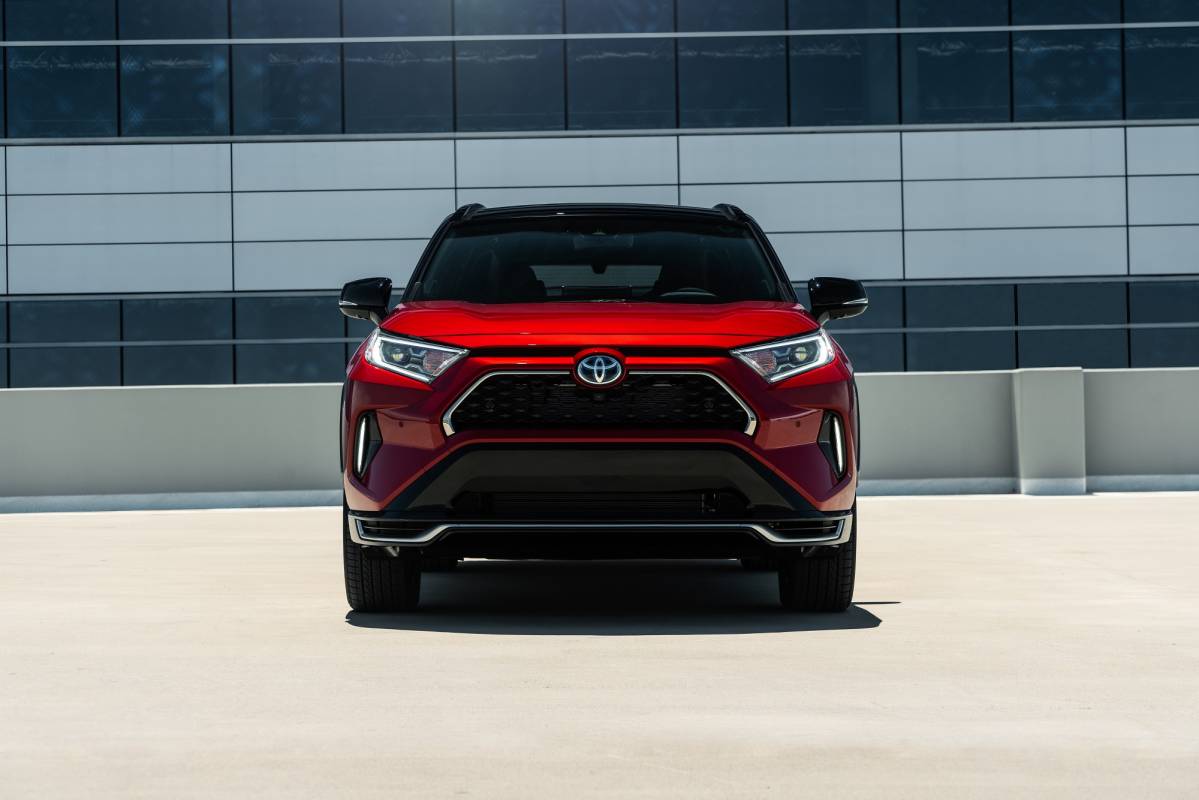 Yes, the 2021 Toyota RAV4 Prime is a 302-horsepower plug-in-hybrid. If you think that’s impressive, there’s more. Since we’re talking about a PHEV, the RAV4 Prime can cover longer distances using electrons alone – up to 42 miles on a single charge, in fact. This gives it the highest EV range of any PHEV you can buy today, and you get it with AWD. For comparison, the Ford Escape PHEV has a solid EV range of 37 miles, but it only has FWD. 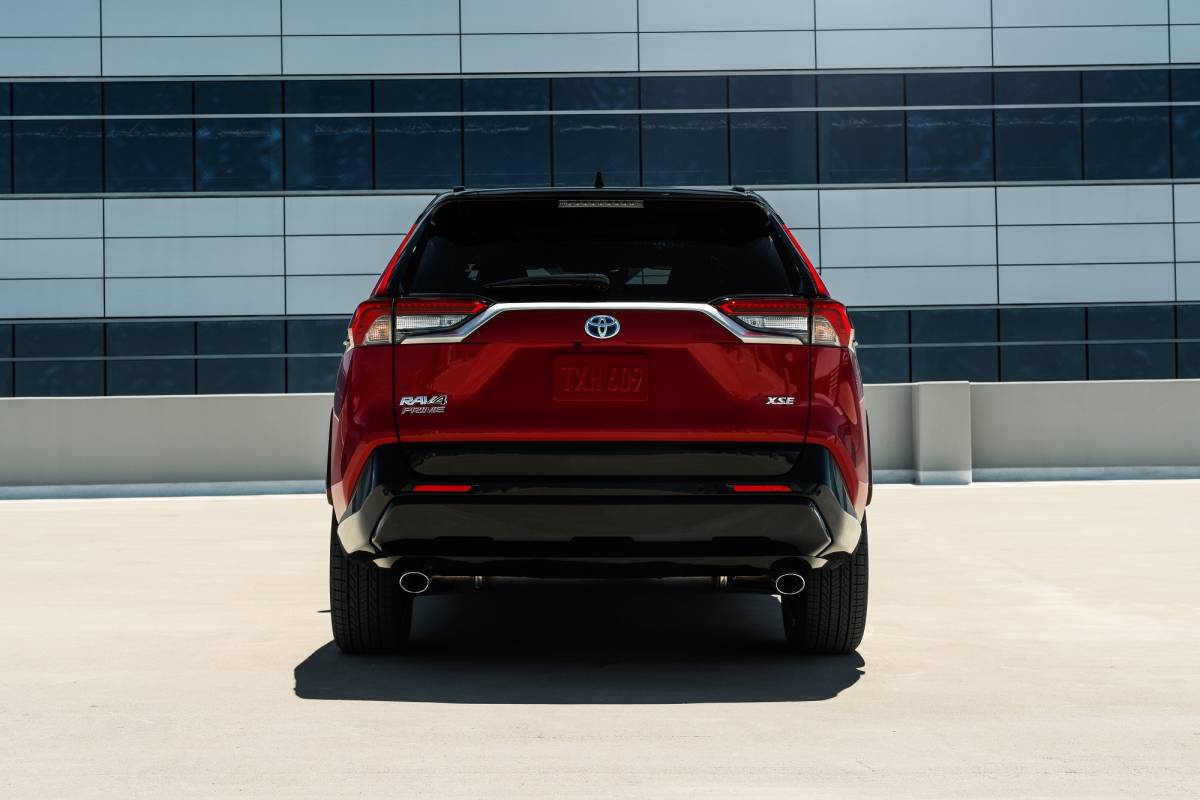 With a longer all-electric range, the new RAV4 Prime is expected to deliver 90 mpg-e. In fairness, the Ford Escape PHEV boasts 100 mpg-e. But then again, the RAV4 Prime has AWD and is a heavier vehicle overall. It tips the scales at around 4,300 pounds. But despite this, it scoots to 60 mph in 5.7-seconds in hybrid driving mode. In all-electric mode, it achieves the feat in a rather miserly 9.2-seconds. 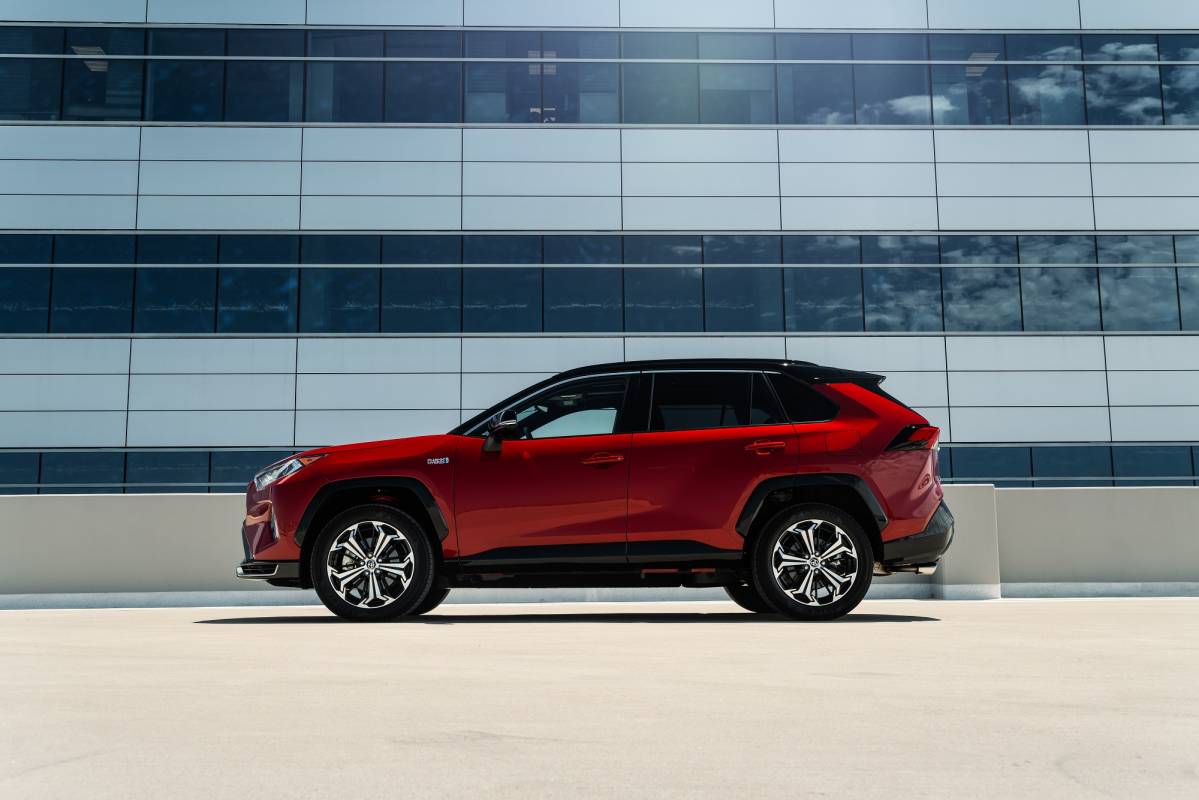 Standard in the RAV4 Prime is a 3.3 kW 120V Level 1 charger that replenishes the battery pack in 12 hours. If you have access to a Level 2 charger, the charging time drops to 4.5 hours. Choosing the RAV Prime XSE with the Premium package includes a 6.6 kW Level 2 charger, which juices the batteries in 2.5-hours. 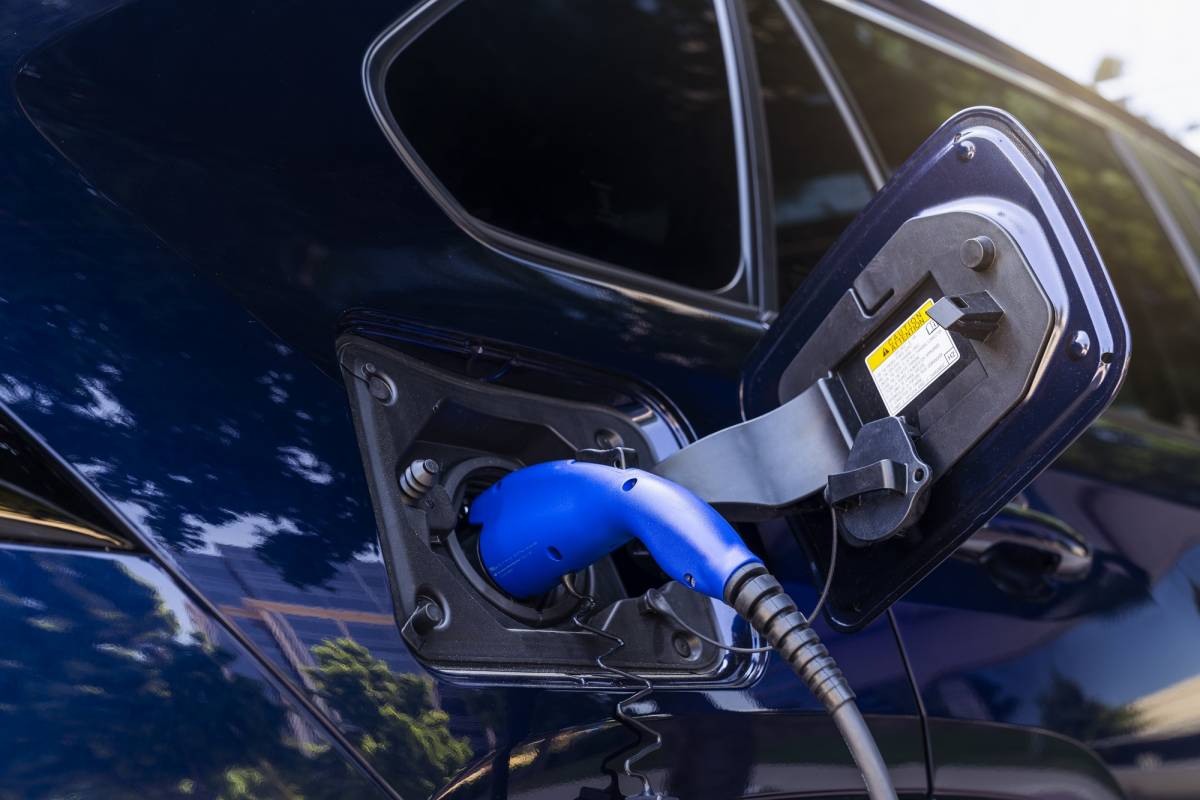 What’s more, the Toyota RAV 4 Prime is generously equipped with a bevy of standard equipment. The base SE starts at $38,100 and comes with an 8-inch infotainment system with Apple CarPlay/Android Auto connectivity, an 8-way power driver’s seat, red stitching, and a leather-wrapped tiller. 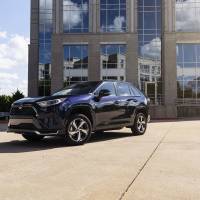 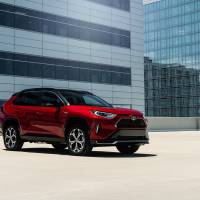 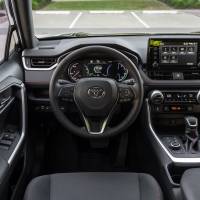 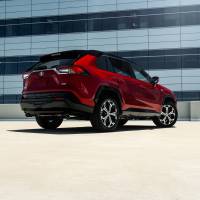 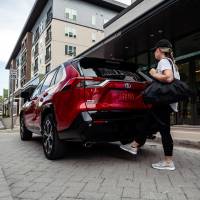