For the first time in nine years, the 2021 Mazda BT-50 is brandishing an all-new face. It’s also riding on a new Isuzu-based platform motivated by an Isuzu diesel engine. So, is the new Mazda BT-50 still a Mazda? With an expressive fascia lifted from its CX-9 sibling, it’s not hard to discern the BT-50 as a proper Mazda.

The new BT-50 was unveiled online by Mazda Australia. Right off the bat, we were intrigued by the non-availability of Mazda’s excellent Skyaktiv-D engine in the BT-50 lineup, specifically the 2.2-liter twin-turbocharged diesel mill from the Mazda CX-5 crossover and Mazda 6 sedan. 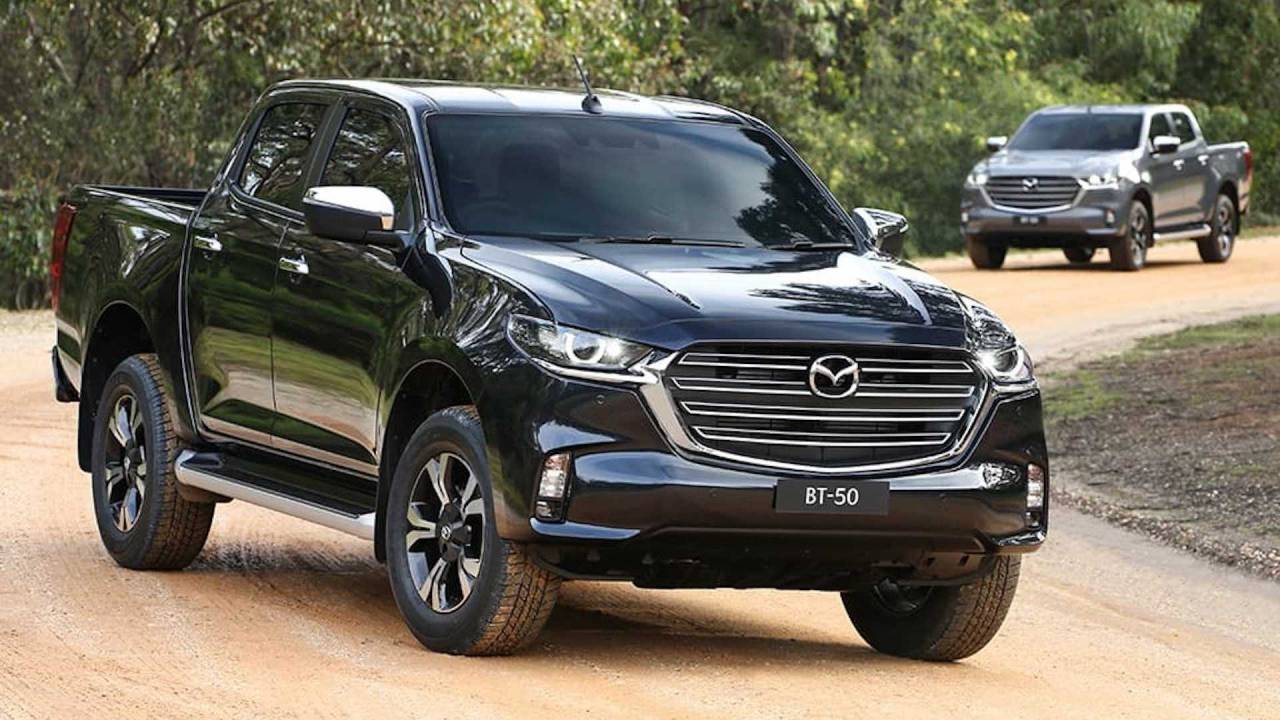 Producing 168 horsepower and 290 pound-feet of torque, we reckon Mazda’s efficient diesel is not powerful or torquey enough to handle the BT-50’s 7,716-pound (3,500 kg) towing capacity. Instead, Mazda went to Isuzu for a solution. The answer came in the form of the latter’s 3.0-liter turbocharged diesel mill from the ASEAN-market Isuzu D-Max pickup truck. 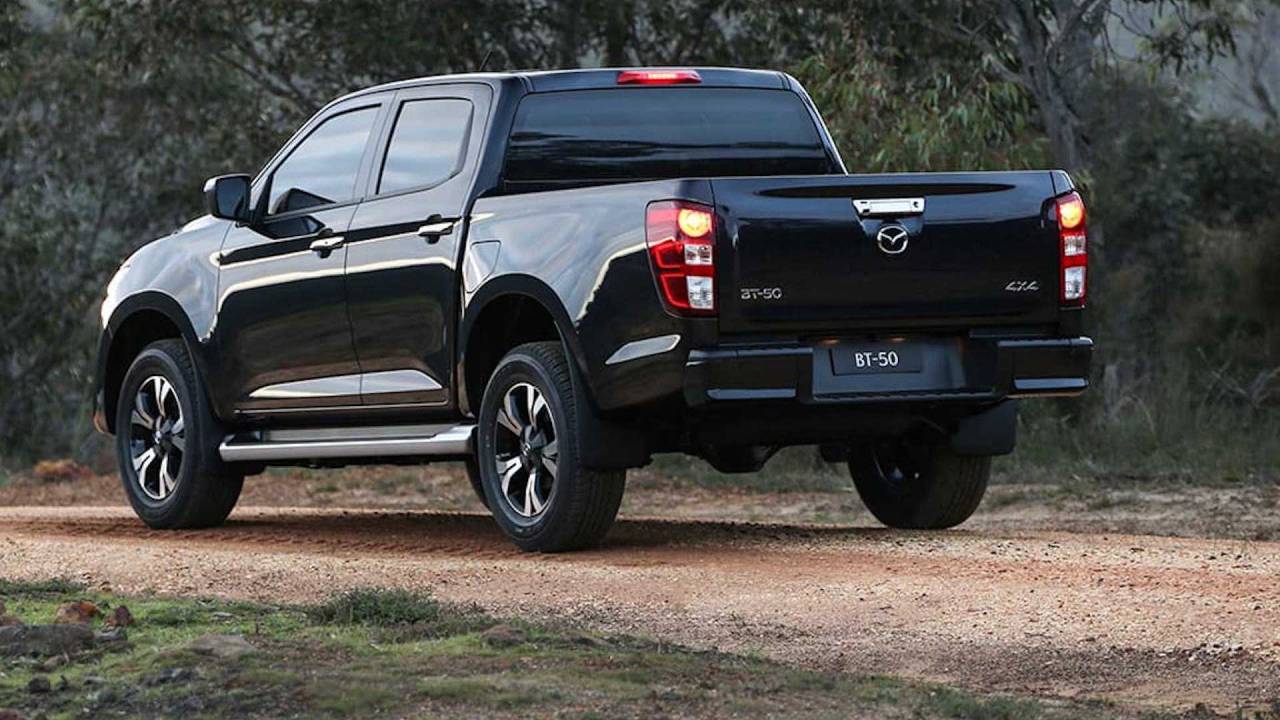 All previous models of the Mazda BT-50 were based on the Ford Ranger. As such, it also came with a slew of Ford powerplants. But in the new BT-50, the 3.0-liter Isuzu diesel mill is pumping out 188 horsepower and 332 pound-feet of torque. The BT-50 may not look as tough or utilitarian as the Ford Ranger and Isuzu D-Max, but this ‘ute is ripe for some serious hauling. 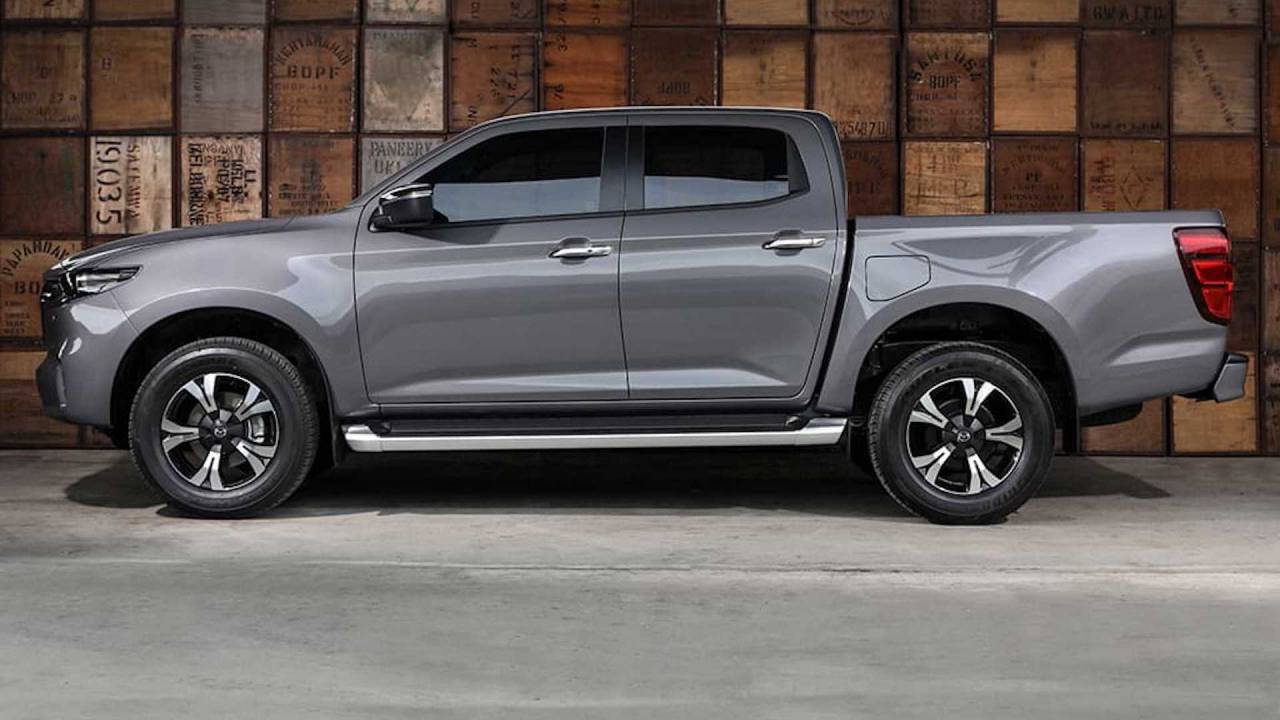 The new diesel engine is mated to a six-speed manual gearbox while an automatic is optional. Meanwhile, both 4×2 and 4×4 drivetrains are available across the lineup. Mazda also said a smaller (and less powerful) engine will debut later in the year, but details are scarce at the moment. We also know the new BT-50 is equipped with a 9.0-inch infotainment touchscreen along with a refined cabin similar to other Mazda vehicles. 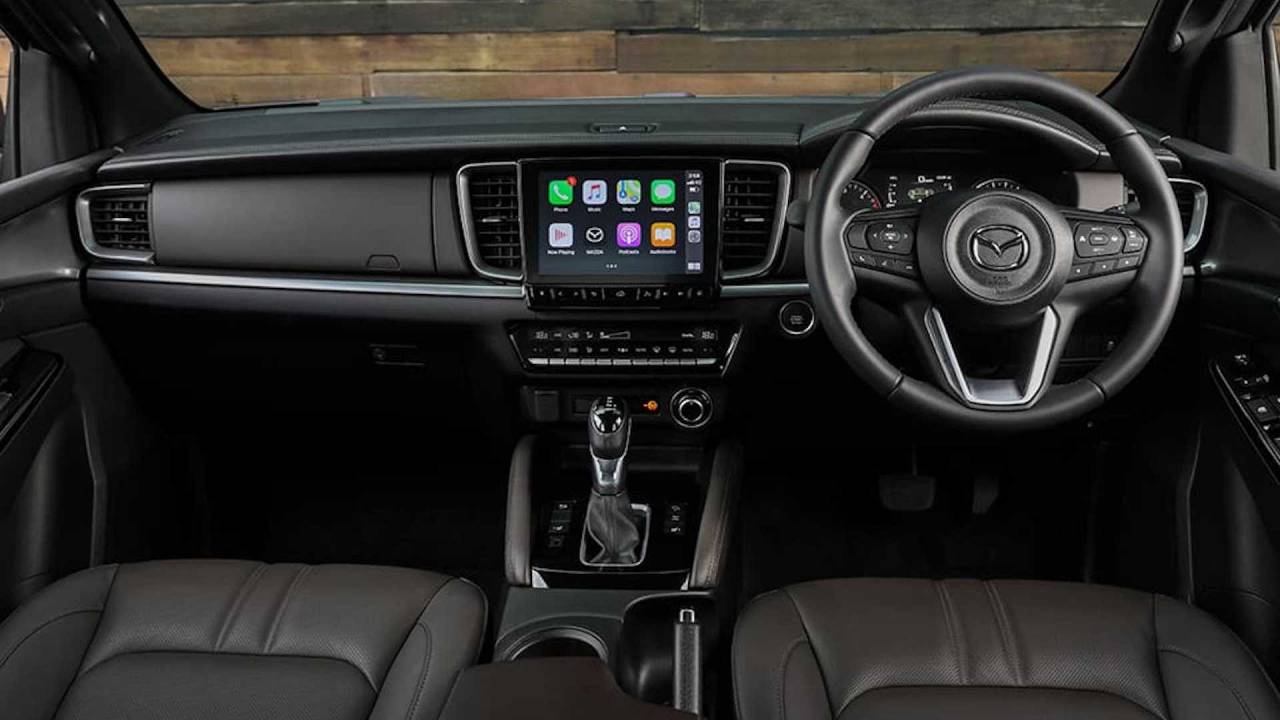 The 2021 Mazda BT-50 is destined to arrive at Australian dealerships in a couple of months. The truck will be produced in Thailand in conjunction with the latest-gen Isuzu D-Max. Pricing and other specs will be announced as the new BT-50 arrives later in 2020.