Lincoln’s march through hybridization continues, with the new 2021 Corsair Grand Touring making its debut as another electrified SUV option in the automaker’s luxury line-up. Building on the success of the gas-engined 2020 Corsair, the new Grand Touring introduces an electric all-wheel drive system that the automaker says will be both perkier and greener.

There’s a 2.5-liter four-cylinder gas engine under the hood, which runs on the frugal Atkinson cycle. It’s paired with a permanent magnet synchronous motor, for a total of 266 horsepower, Lincoln is estimating. 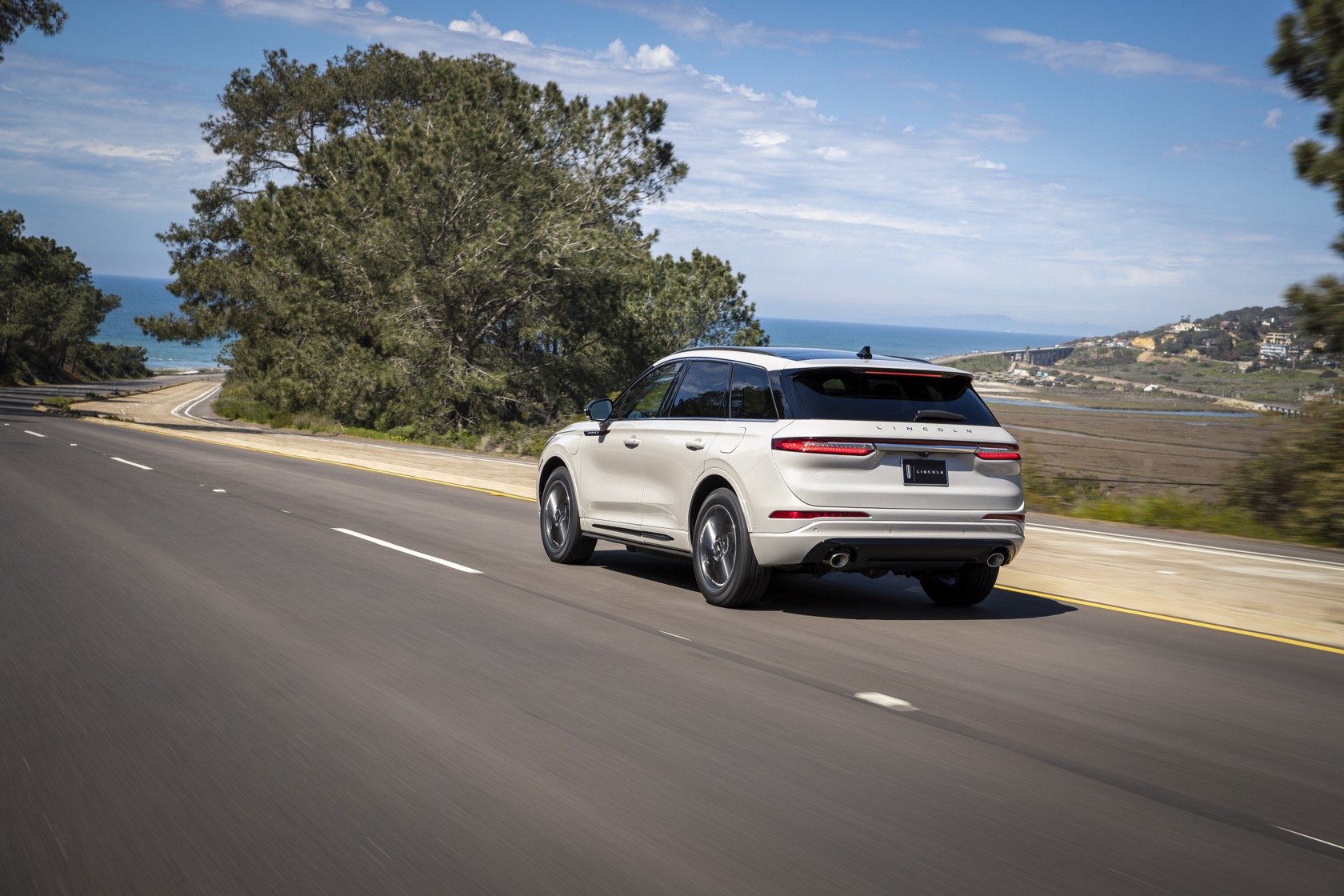 An electric motor at the back, meanwhile, drives the rear wheels for AWD. A special PowerSplit electric Continuously Variable Transmission (eCVT) also gets two electric motors for smoother performance, the result being a more sprightly pulling away from a standstill, together with up to 25 miles of electric-only driving.

That’s not a huge amount, but then again the Corsair Grand Touring doesn’t have a huge battery. Just 14.4 kilowatt-hours, in fact, mounted underneath the cabin floor. With a 240 volt Level 2 supply you’re looking at a 3-4 hour time to charge the SUV fully; if you only have a Level 1, 110 volt supply, meanwhile, you’re looking at 10-11 hours. 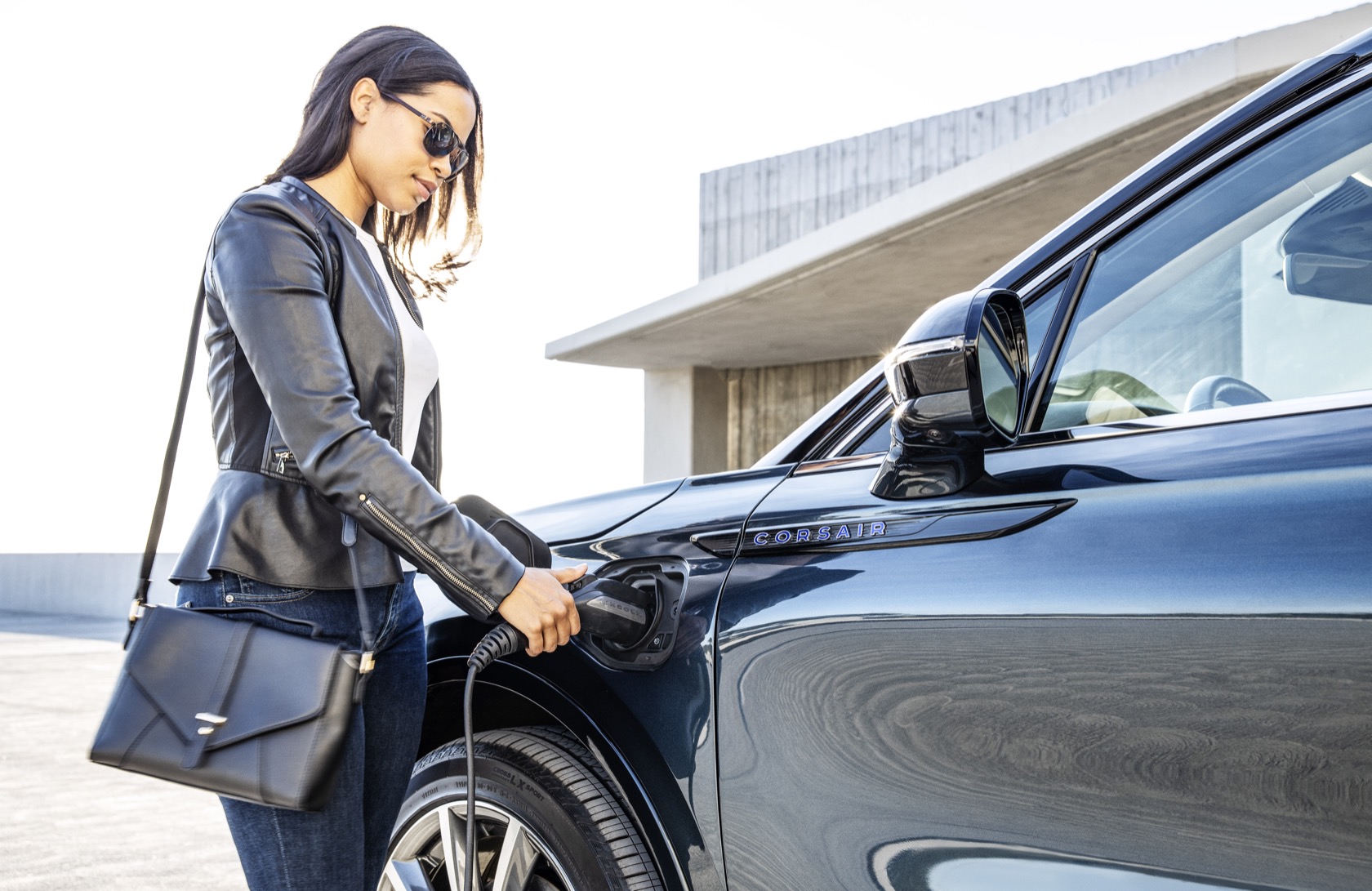 As with the 2020 Aviator Grand Touring, this new Corsair variant has multiple drive modes to choose between. There’s the same Normal, Conserve, Excite, Slippery, and Deep Conditions as you’d find in the gas-only Corsair, but the Grand Touring adds two extra modes. Pure EV locks the SUV into electric-only driving, albeit until the battery is flat; at that point, the gas engine kicks in. Preserve EV holds the battery state and indeed uses the gas engine to recharge it further, up to around 75-percent. 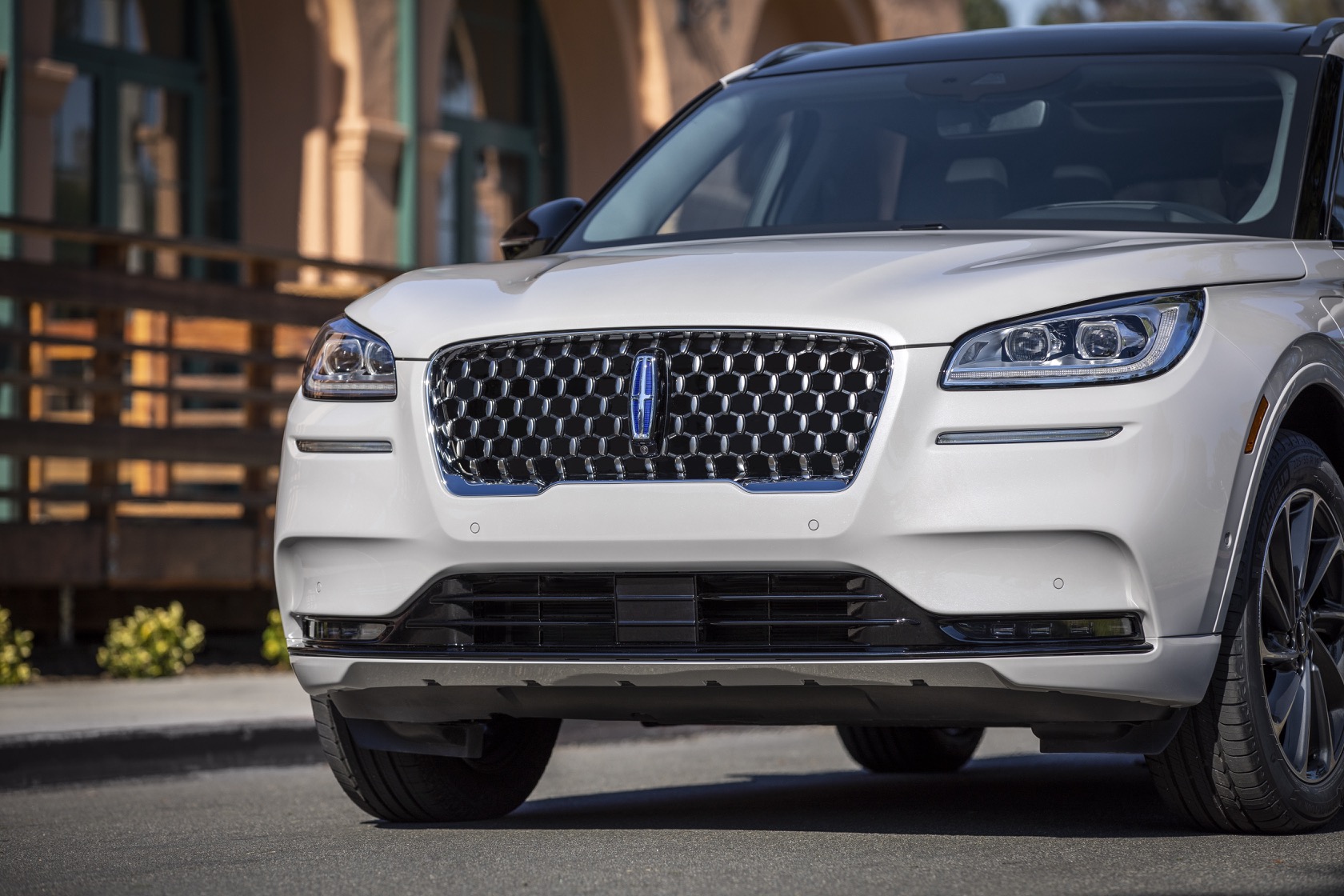 Outside, there’s a special grille – the Lincoln star finished in Spirit Blue – to differentiate the Grand Touring from the non-hybrid SUV. There’s also Spirit Blue coloring to the badging, and unique 20-inch wheels. 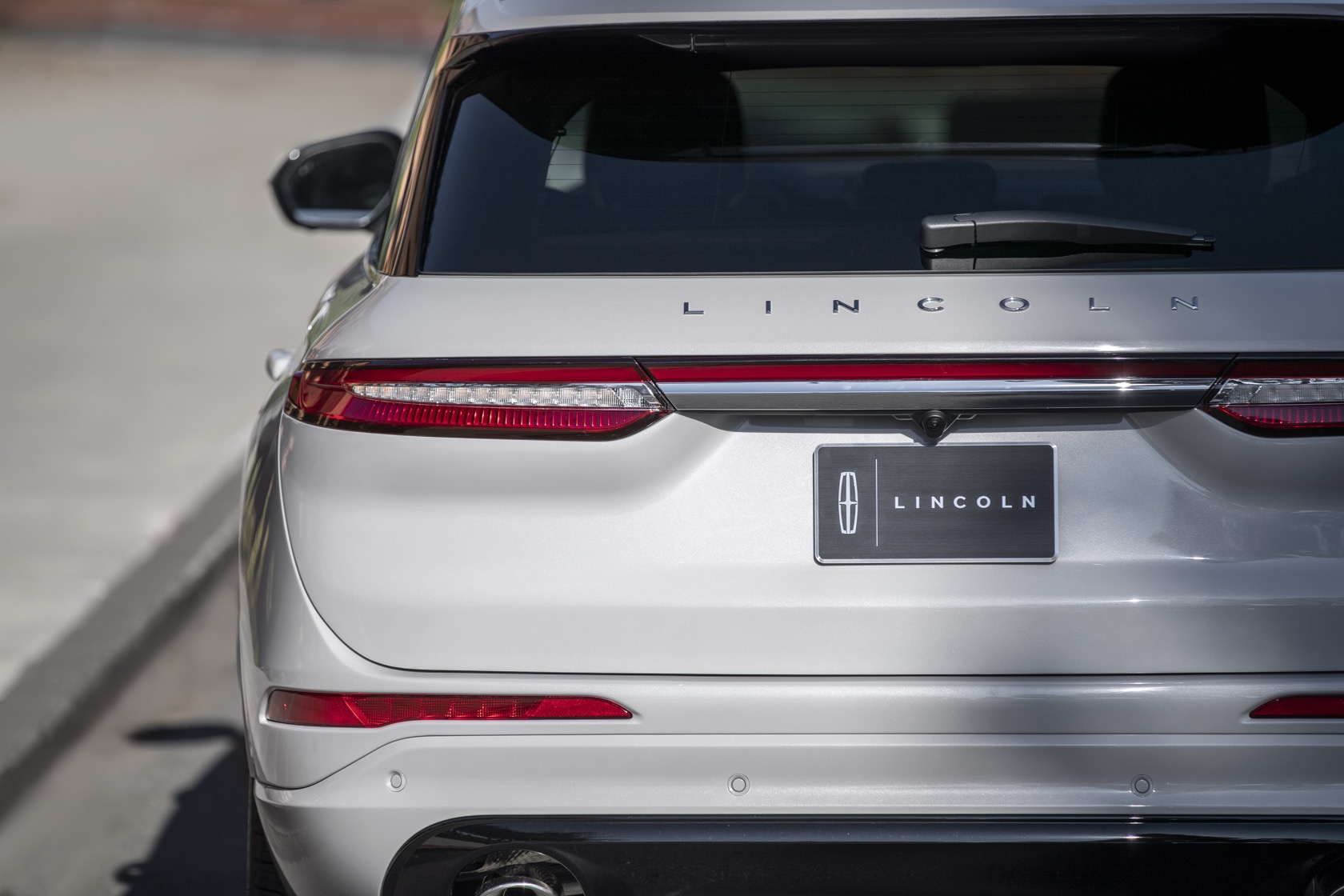 Unlock it – using Phone As A Key, which turns a smartphone into a key replacement, including the ability to add PIN codes for guest drivers – and you’ll find a two-row cabin. The Corsair Grand Touring has sliding second-row seats – with up to 6-inches of travel – that fold with a 60/40 split. Perfect Position seats – with 24-way adjustment – are available for the front. Active Noise Control, with noise cancellation, is fitted as standard.

Lincoln Co-Pilot360 – with pre-collision assistance with automatic emergency braking, blind spot detection with cross traffic alerts, lane-keeping, a reversing camera, and auto high-beams – is standard. Lincoln Co-Pilot360 Plus, with adaptive cruise control, evasive steering assistance, reversing assurance, and Active Park Assist Plus is an option. You can also have a head-up display.

Lincoln says the 2021 Corsair Grand Touring will go on sale in summer 2020. Pricing is yet to be confirmed for the new hybrid SUV.