2021 Ford Bronco Overland Concept is worth the wait

Ford has something in store for fans, guests, and attendees of the Bronco Super Celebration East, the largest gathering of classic Ford Broncos in North America. The event runs from October 7-10 in Townsend, Tennessee, and Ford will debut the 2021 Bronco Overland at this year’s event.

Ford will also feature the all-new Bronco two-door and Bronco Sport 4×4 at the said event. Meanwhile, the Bronco Overland Concept is a showcase of what’s in store for potential Bronco buyers. Based on the Bronco four-door Badlands, the concept is wearing blue Area 51 paint and is festooned in a bevy of luscious overlanding equipment. 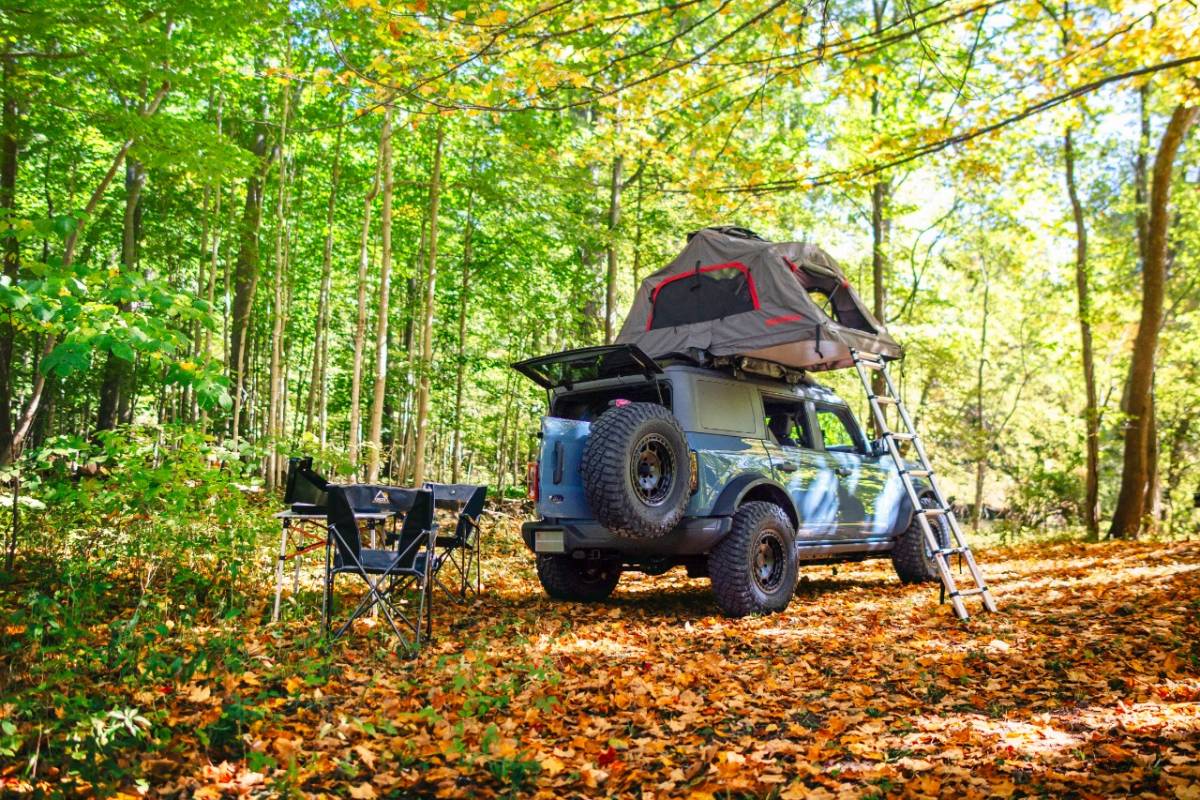 If rock crawling is your thing, the Bronco Sasquatch will tickle your fancy. But if your game is all about exploring (instead of conquering) the wild outdoors, take a closer look at the Bronco Overland Concept. It has a Bilstein High-Performance Off-Road Stability Suspension (H.O.S.S) system with positive-sensitive dampers, 17-inch Fifteen52 off-road wheels, and 35-inch BFGoodrich mud-terrain tires to make mincemeat out of inhospitable terrain. 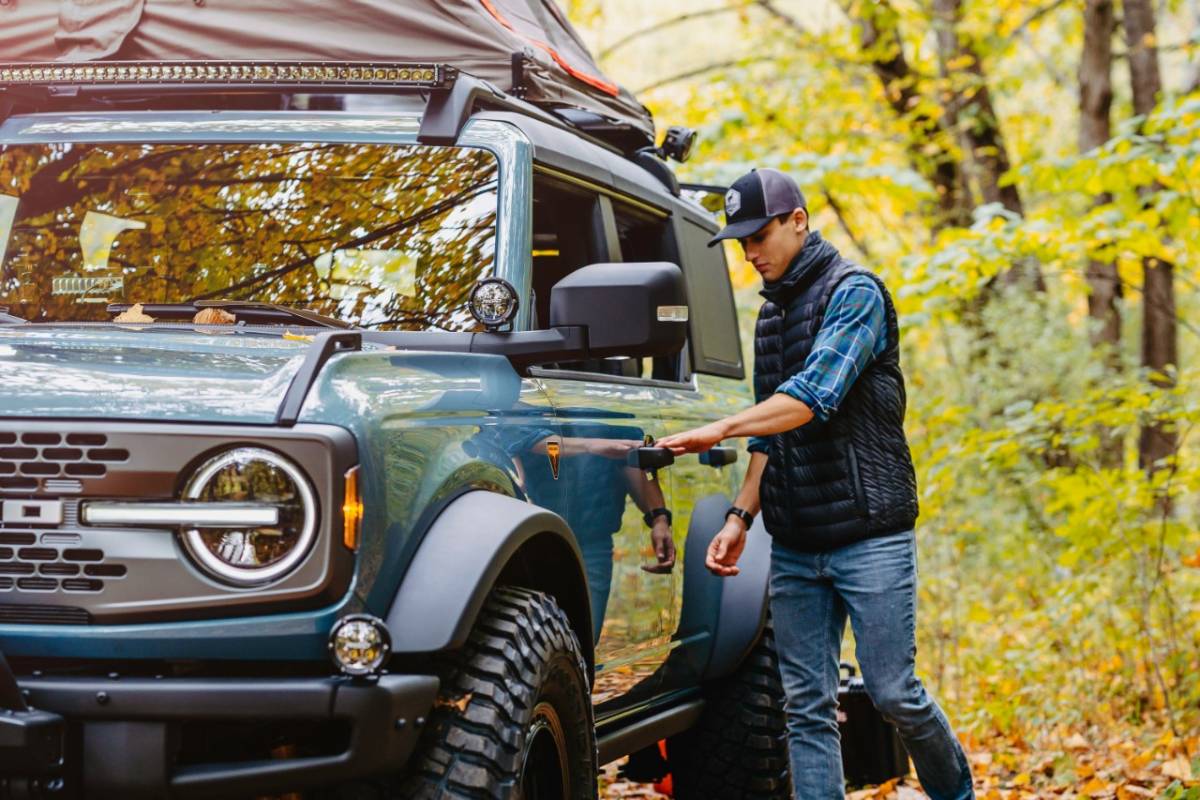 The concept is also fitted with a Ford Performance modular steel bumper, a WARN winch, a factory roof rack, and a rack-mounted RIGID light bar with six auxiliary RIGID pod lights to offer 360-degree illumination. Meanwhile, it also has a two-person Yakima tent mounted on the roof rack. Nice. 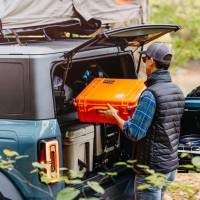 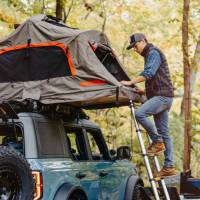 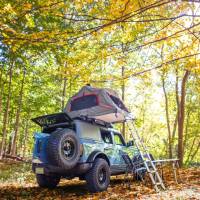 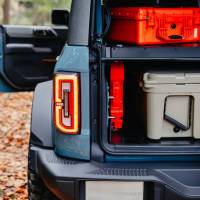 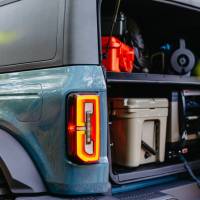 Open the rear door and you’ll find an ARB refrigerator with a slide-out tray, a cooking kit and stove resting neatly above a nifty cargo management system, and a tailgate-mounted table with chairs included. Oh, and the rear quarter window glass is outfitted with rigid MOLLE grid panels to offer more storage space.