The 2021 Cadillac Escalade diesel is no less vast than its gas sibling, no less lavish, and actually no more expensive, and that presents buyers of big, luxury SUVs with a conundrum. An Escalade with the Duramax turbo-diesel under the hood costs the same, from $77,490 plus destination, and aside from the 600D badge on the rear there’s no visible sign that you opted not to get the V8.

It means you get the same three-row luxury as I found in the 2021 Escalade V8, complete with its throne-like seating, huge curved OLED dashboard, and a healthy array of technology and standard safety equipment. 2WD and 4WD configurations are available, and soon you’ll be able to add Enhanced Super Cruise, which I still contend no Escalade buyer should leave the dealership without. 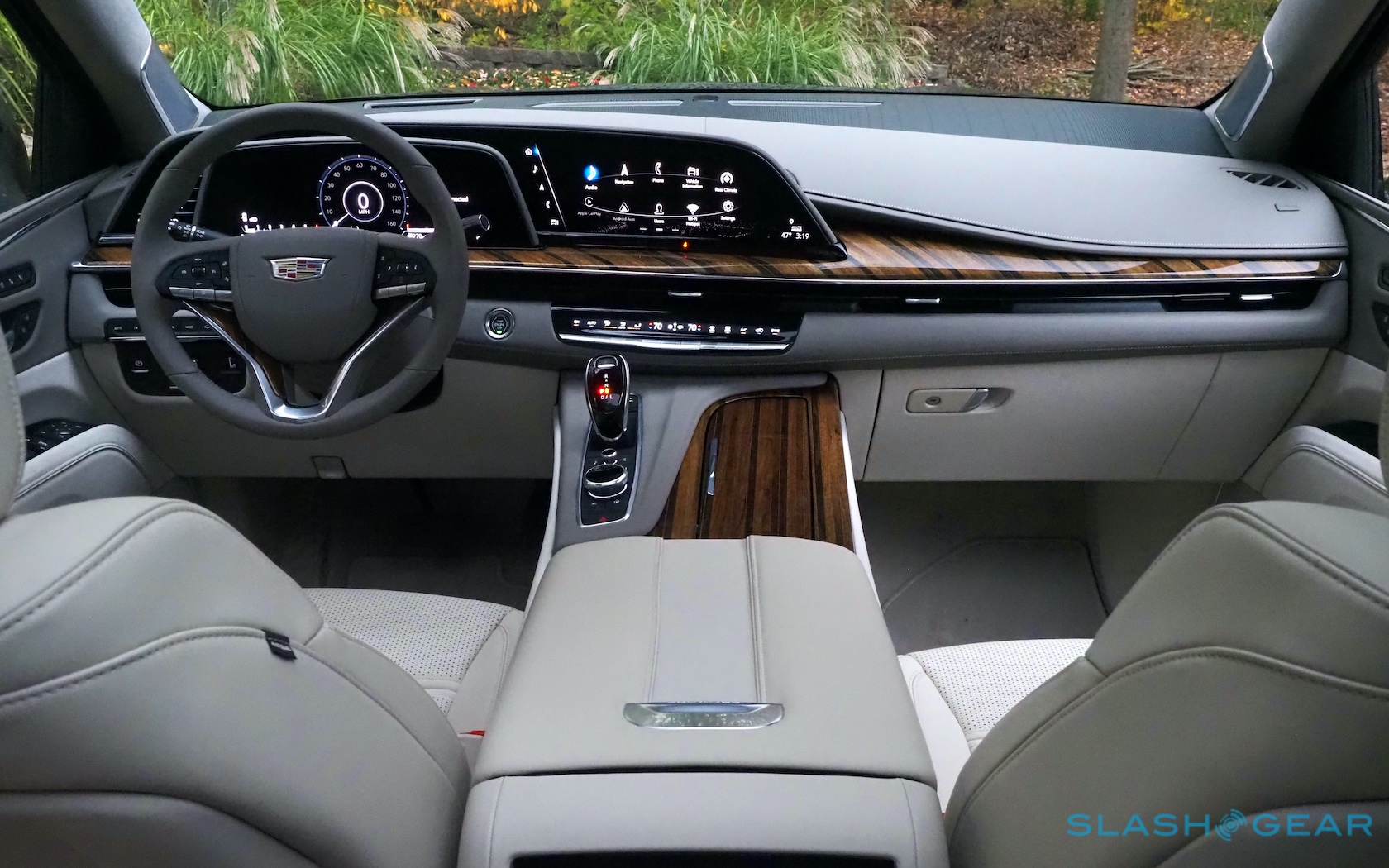 The difference, then, is down to propulsion, and a gut reaction points you right at the gasoline V8. It’s the bigger engine, after all, and can you ever have too much excess in an Escalade? 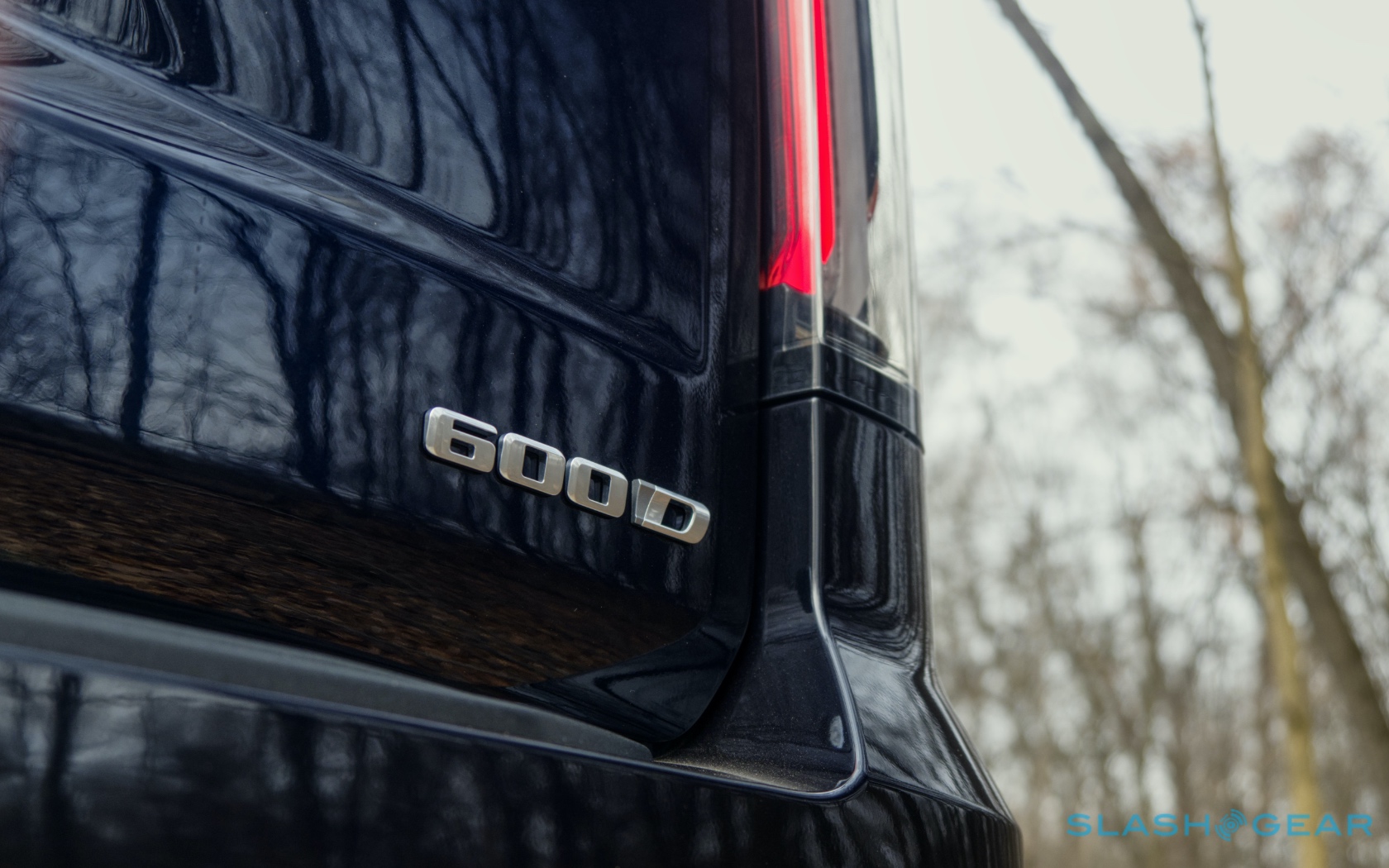 The difference is when you get that torque. In the V8, peak lb-ft arrives at 4,100 rpm, whereas in the Duramax it’s all unlocked from just 1,500 rpm. Considering the Escalade’s standard 10-speed automatic prefers leisurely shifts in the name of refinement and economy, it means you spend a lot more time playing with all the torque you paid for in the turbo-diesel.

It pays dividends in general driving, with greater urgency away from stop signs and traffic lights, and the sense of a deeper well of power when you need to overtake on the highway. Times when the gas engine needs to downshift – not exactly a jerky process, but still noticeable – when you bury your right foot to pick up speed, the diesel can often avoid the gearchanges. An Escalade just isn’t something you wind up to the redline, not normally, and so low-end grunt suits its character far better. 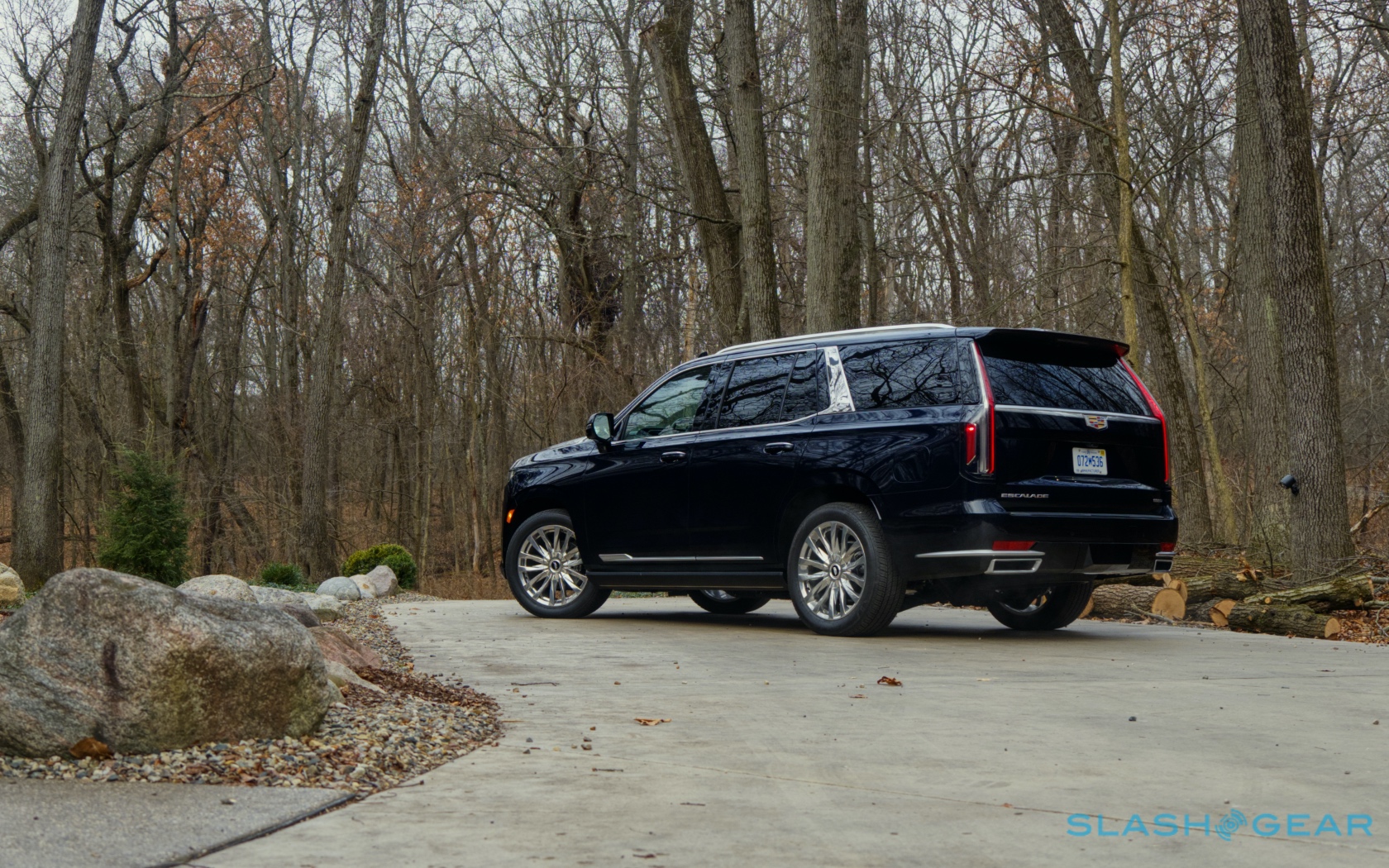 Diesel, of course, comes with some drawbacks of its own. The technology has improved since the agricultural engines of old, but while Cadillac has smoothed out a lot of the clatter at idle, and the Duramax Escalade doesn’t really come across as too tractor-like from a cold start, the soundtrack overall just isn’t as pleasant as with the V8. 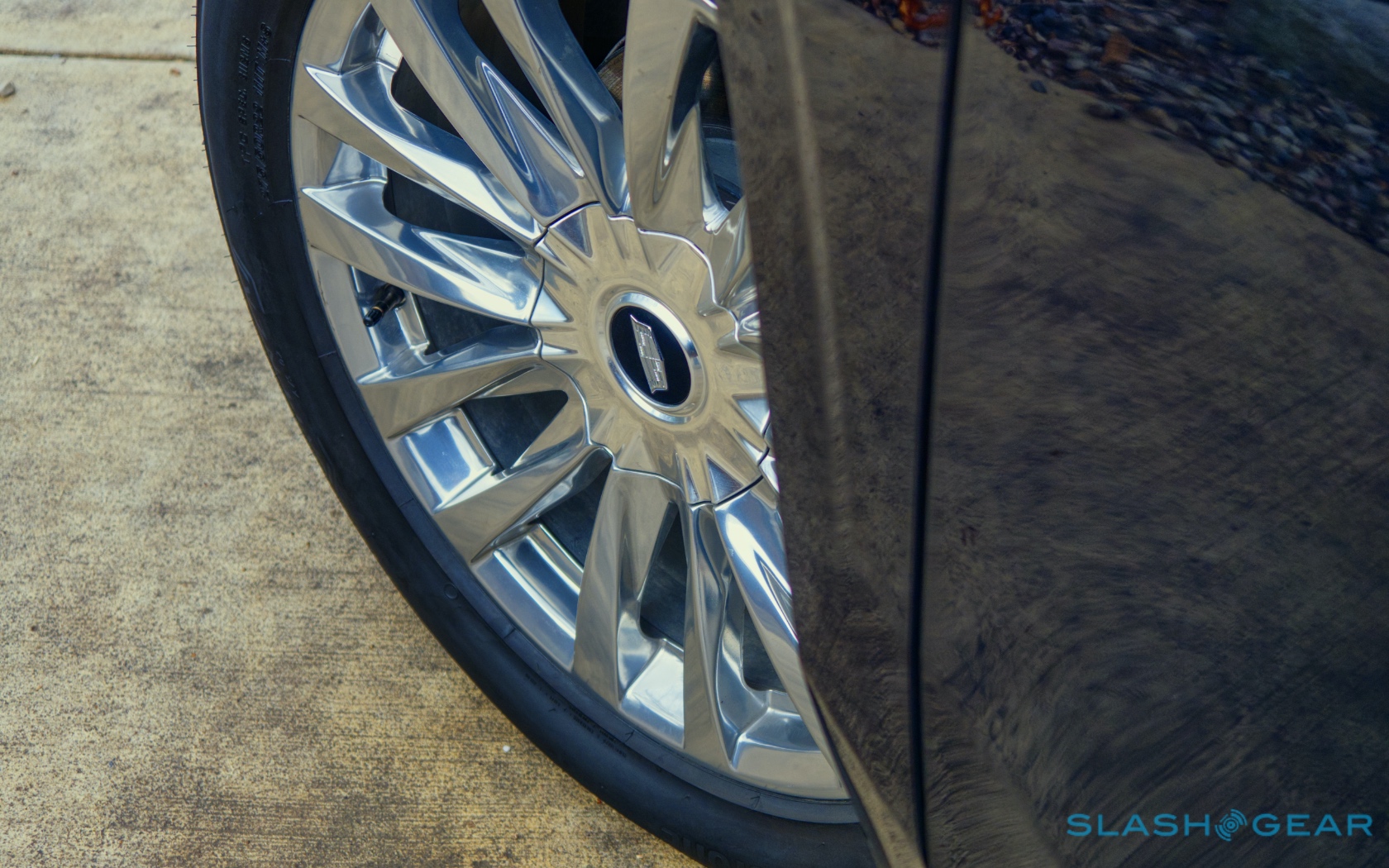 You don’t hear it quite so much inside, where Caddy’s excellent sound insulation does a decent job of isolating you from what’s under the hood. Outside, though, I noticed some turning heads as the Escalade pulled away from lights: it seems pedestrians aren’t quite so isolated from the Duramax’s bark.

As for economy, with my limited time with the 2021 Escalade diesel I didn’t have the opportunity to do comprehensive comparisons to the EPA’s numbers. In 2WD form, the agency says, the SUV is rated for 21 mpg in the city, 27 mpg on the highway, and 23 mpg combined. The 4WD version comes in at 20 mpg city, 26 mph highway, and 22 mpg combined. 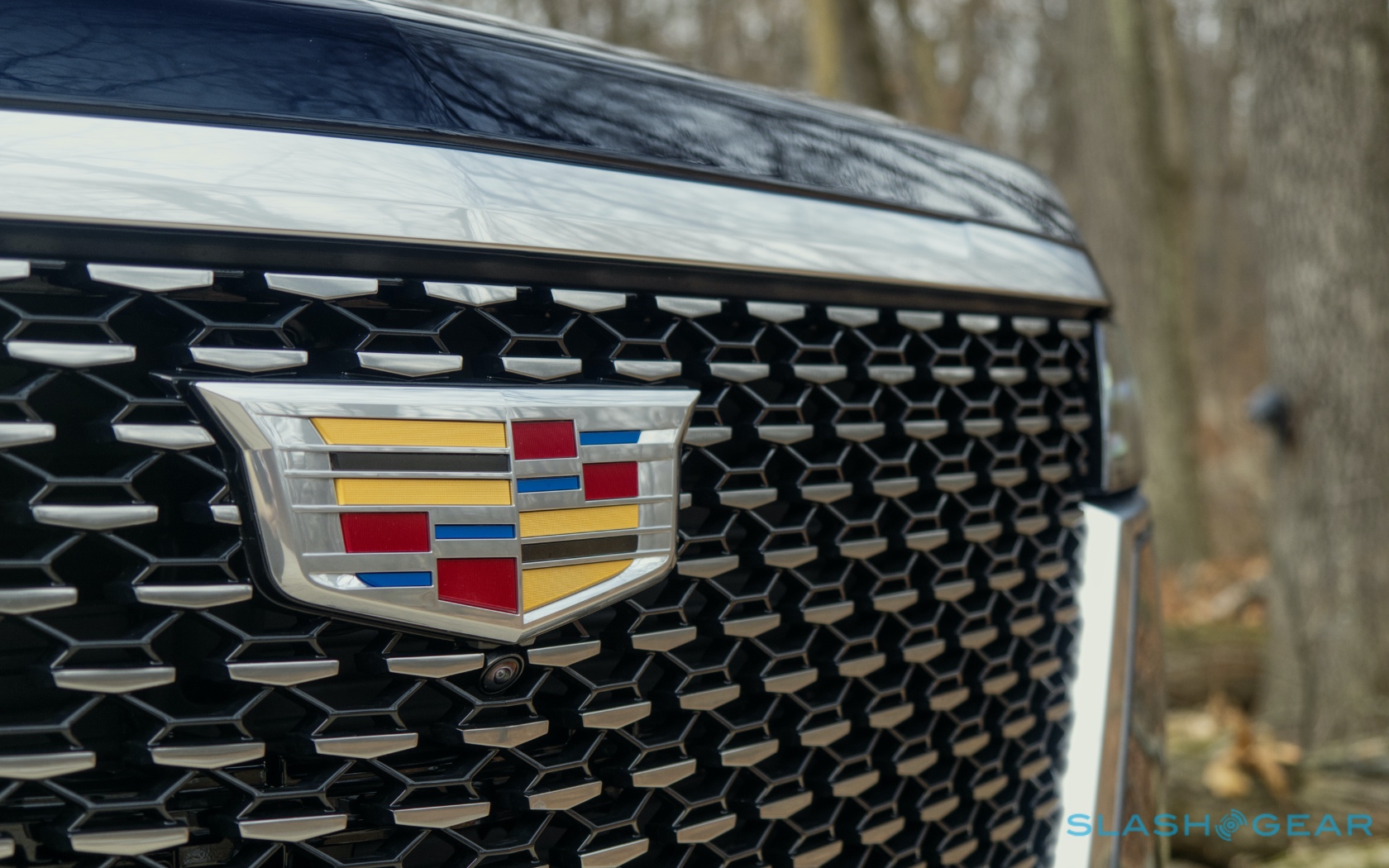 For something of the Escalade’s size, those low- to mid-20s numbers aren’t bad. In my own mixed driving, predominantly off the highway, I saw 23 mpg with the SUV left in auto mode to switch between 2WD and 4WD as it saw fit. Compared to the V8 version – which is EPA rated, at best, at 17 mpg combined in 2WD mode, and from which I got 14 mpg from in my everyday driving – that’s a sizable difference. 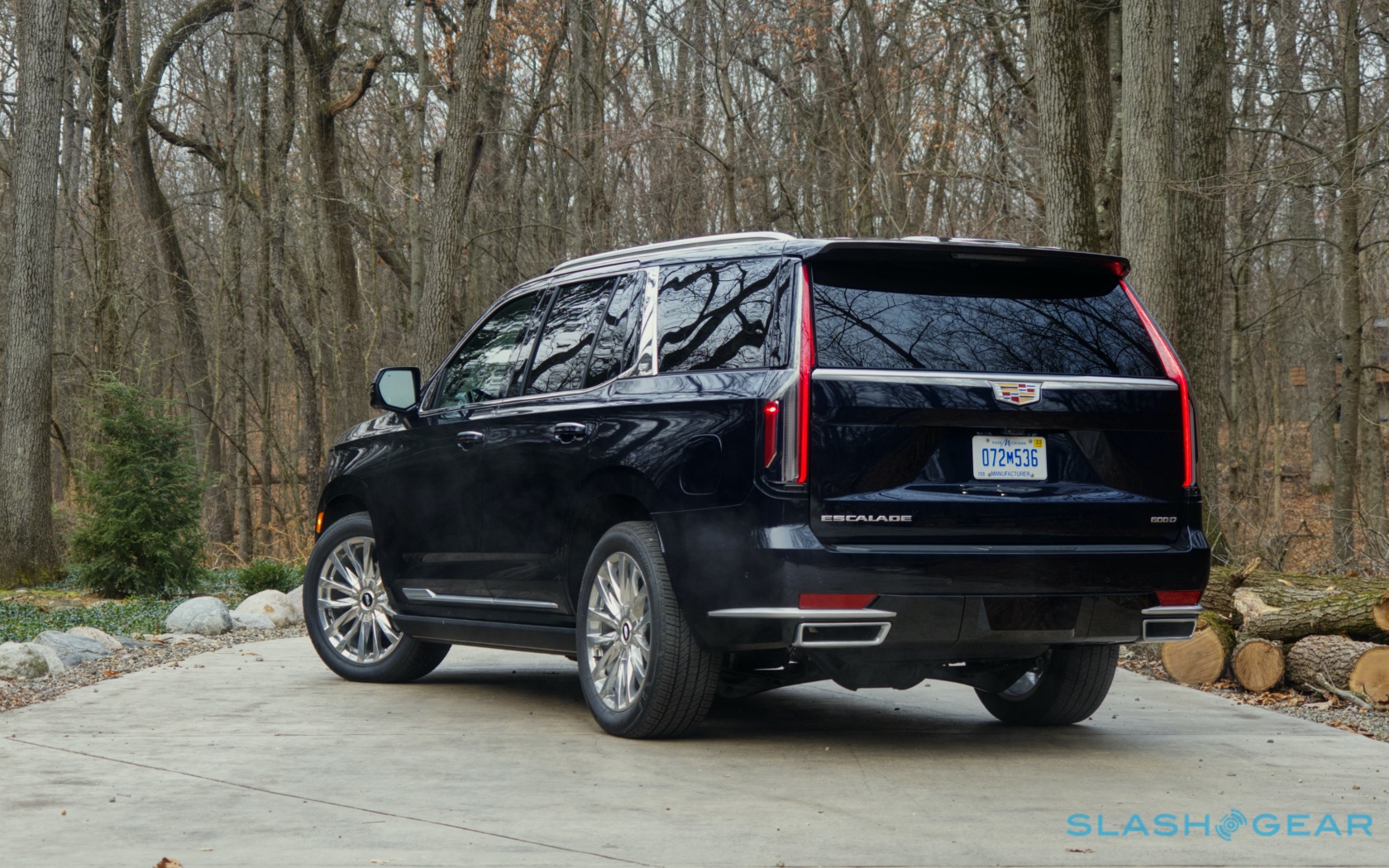 Your decision, then, comes down to where you place your priorities: refinement, torque, or economy. My biggest takeaway from the 2021 Escalade diesel was that what I really want – and what I suspect truly suits the truck’s ethos – is an all-electric Escalade or at least a hybrid version. That could have the potency of the Duramax along with even greater refinement than the gas SUV. 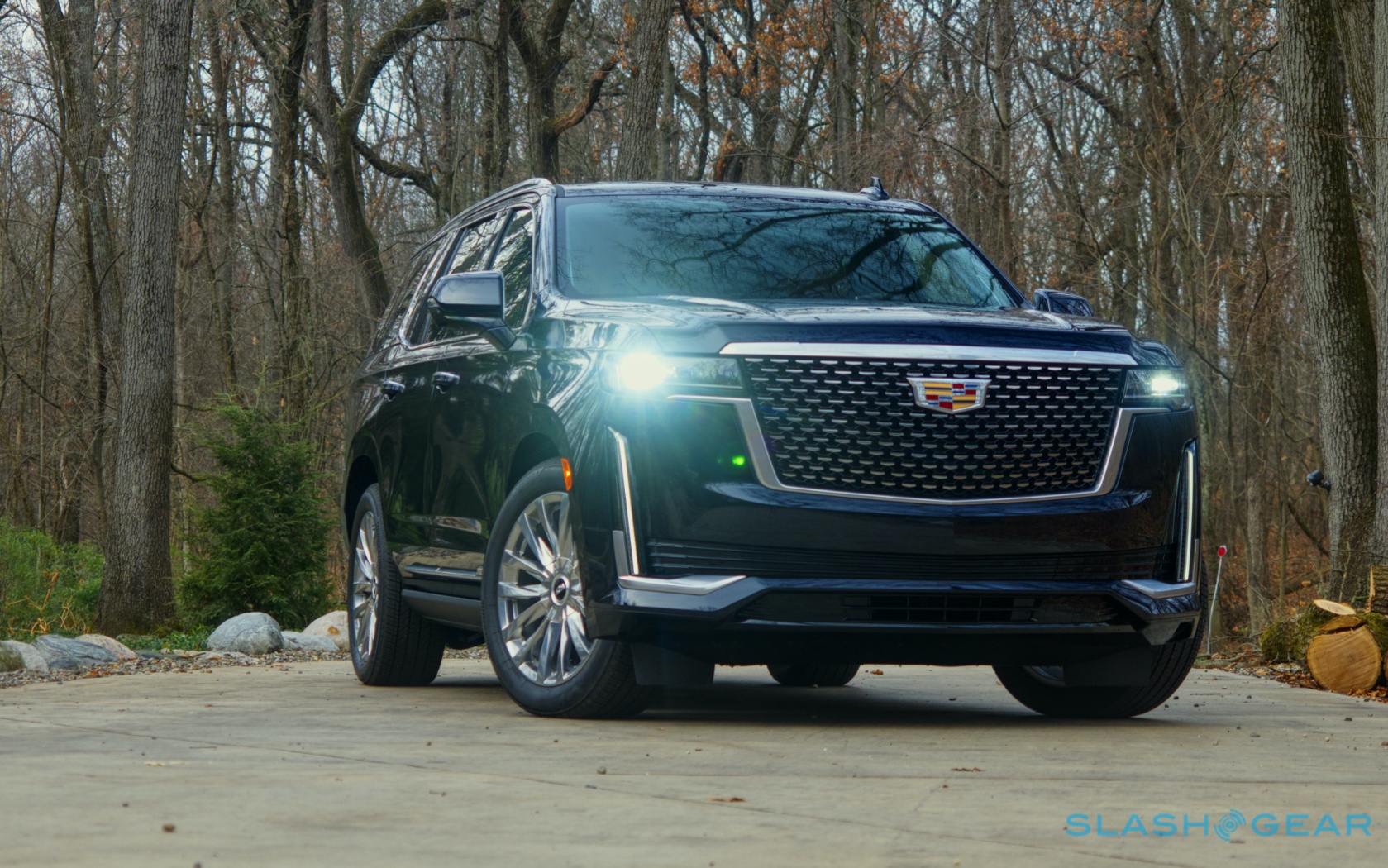 GM is, in fact, working on an electric Escalade, or at least a big, three-row luxury SUV cousin that’s all-electric. Sadly that likely won’t be ready until 2025. Until then, the absence of even a plug-in hybrid version is conspicuous, and frustrating. The 2021 Escalade is lavish and excessive, but having had a taste of more accessible torque I’m now left with an even bigger appetite for an electrified version.