You can think of the 2021 BMW 6-Series Gran Turismo as a reincarnated version of the not-so-popular 5-Series GT model. Even though the current 6-Series is no longer offered in the United States, BMW is debuting the revamped 6-Series Gran Turismo in Europe with refreshed styling and a new lineup of mild-hybrid powertrains.

The new 6-Series Gran Turismo retains the oddball hatchback styling of the previous 5-Series GT. But now, the new car is sleeker and less bulbous than the latter. The rear end is 2.36-inches lower while the three-dimensional taillights are now slimmer, too. The new 6-Series GT is riding on the same platform as the 6-Series Gran Coupe, 5-Series Touring, X6, X5, and X7. So yeah, the new GT is still a large and cosseting hatchback. And with a rather longish 120.8-inch wheelbase, it can still seat up to six people with room to spare (21.2 to 63.5 cubic feet) for up to four golf bags in the trunk. 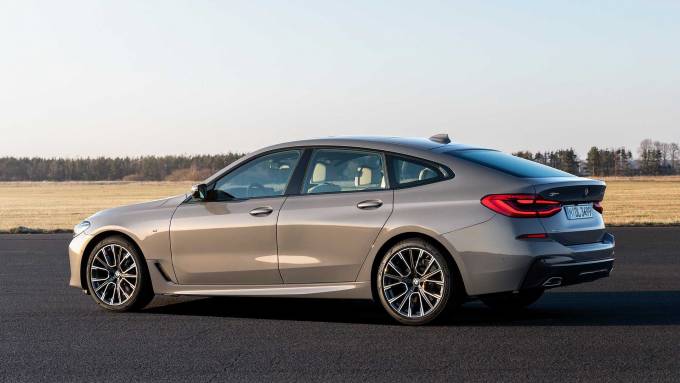 For the new 6-Series Gran Turismo, BMW employed a prominent kidney grille and new front and rear aprons. You’ll also find a resculpted lower air intake on the front bumper and a new rear spoiler that rises automatically at speeds above 75 mph. Trapezoidal tailpipes are standard across the board. Viewed from the side, the 6-Series Gran Turismo is virtually unchanged except for the newly-proportioned rear end. 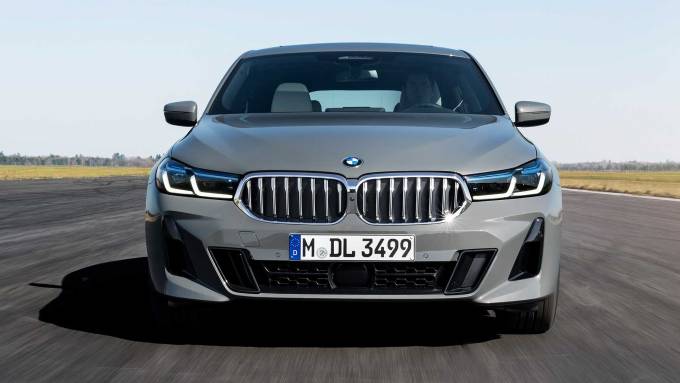 Most of the significant changes are found inside the cabin. Electric front seats wrapped in sumptuous leather are now standard along with BMW’s Live Cockpit Professional. This means a pair of 12.3-inch high-resolution screens for the instrument console and infotainment system. BMW threw in a new sports steering wheel with a set of reconfigured multifunction buttons while the center console receives a new array of control switches for the automatic climate control system. 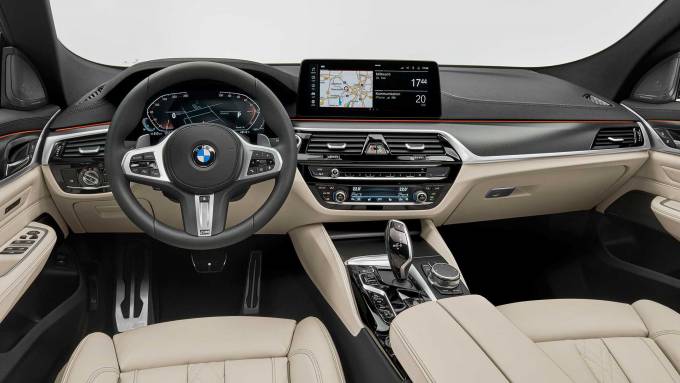 But the biggest news is the new selection of 48-volt mild-hybrid powertrains, which are now standard on all trim models of the 2021 6-Series Gran Turismo. European buyers can choose from a lineup of 2.0-liter four-cylinder and 3.0-liter inline-six gasoline and diesel engines. 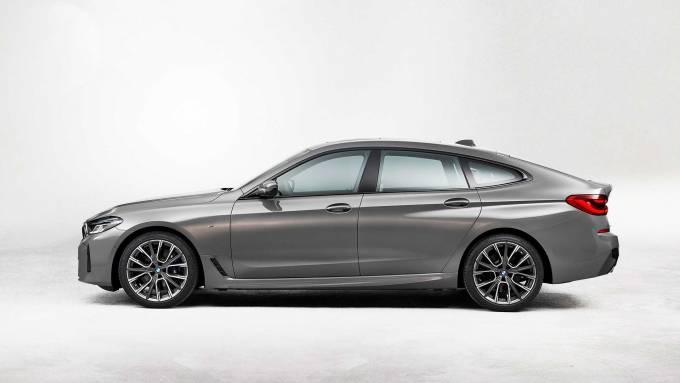 All engines are mated to an eight-speed Steptronic automatic gearbox. The revised tranny is lighter than the previous model and benefits from a new shift algorithm. Optional is BMW’s Steptronic Sport eight-speed gearbox with launch control and steering-wheel-mounted paddle shifters. Rear-wheel drive is standard on 2.0-liter models while BMW’s xDrive AWD system is available on the 3.0-liter variants. Also optional are rear-wheel steering and active roll stabilization. 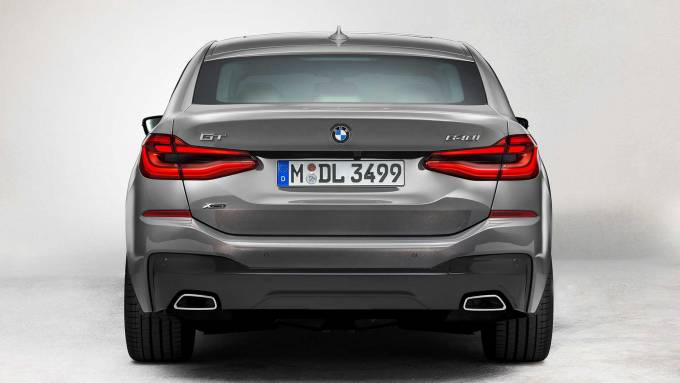 The new 6-Series Gran Turismo is equipped with standard air suspension in the rear axle. Meanwhile, air suspension is optional from the front axle. The vehicle receives standard 18-inch alloy wheels while 19 and 20-inch wheels are optional. Debuting in the new 6-Series GT are a host of driver assistance systems including lane departure warning, steering and lane control, active navigation, and a junction warning system with city braking. And finally, Android Auto is standard along with Apple CarPlay. 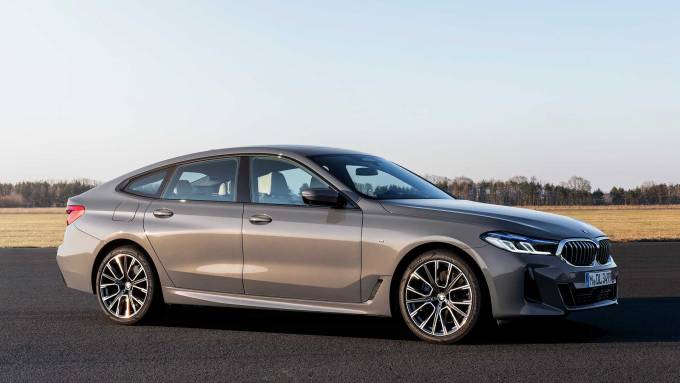