“It is a real privilege to be here today to witness the completion of the first production Aston Martin DBX,” said Keith Stanton, Aston Martin Interim Chief Operating Officer. I’m extremely proud of the Aston Martin team who have worked so hard to transform this ex-Ministry of Defense site into a world-class manufacturing facility.” 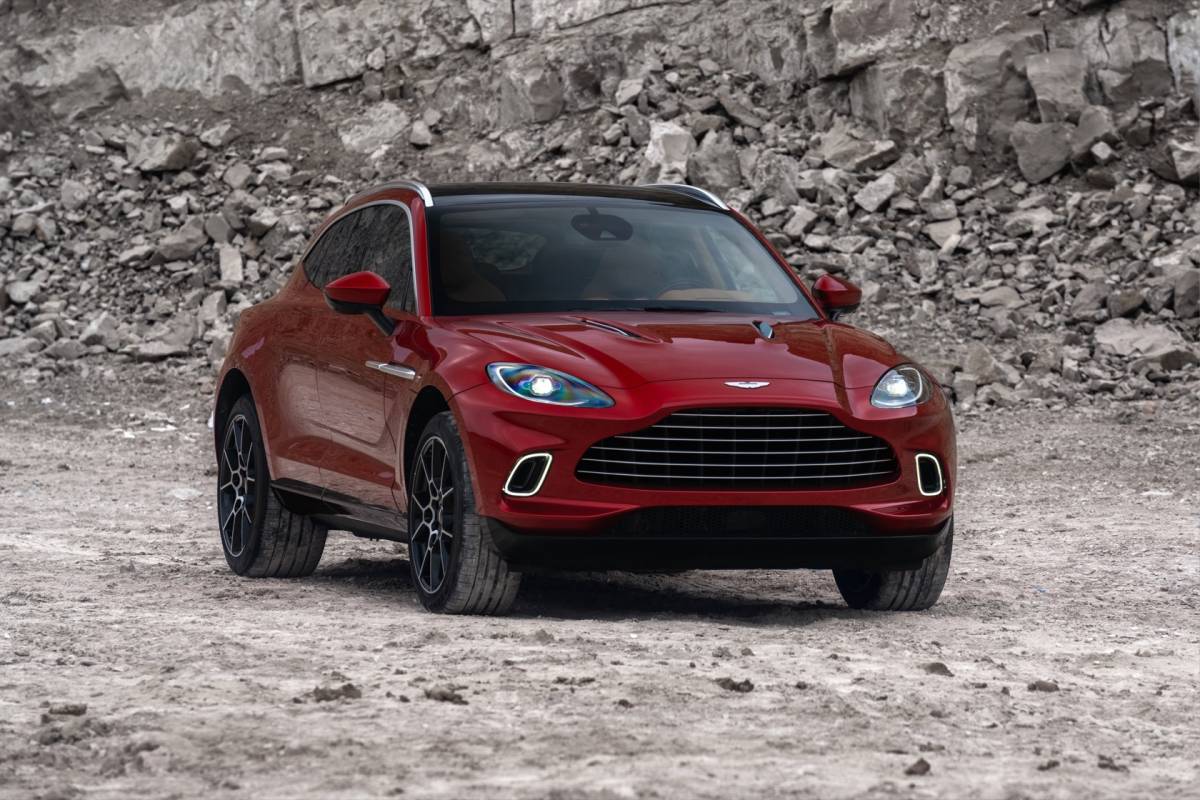 The DBX is the first Aston Martin to be made entirely in Wales. According to the British automaker, around 80-percent of production is expected to be sold and exported to other parts of the globe. Clearly, the DBX is an important vehicle for Aston Martin. The company reported losses of $146-million in the first quarter of 2020 (no thanks, in part, to the persistent Coronavirus pandemic), and the DBX is expected to cushion the blow. 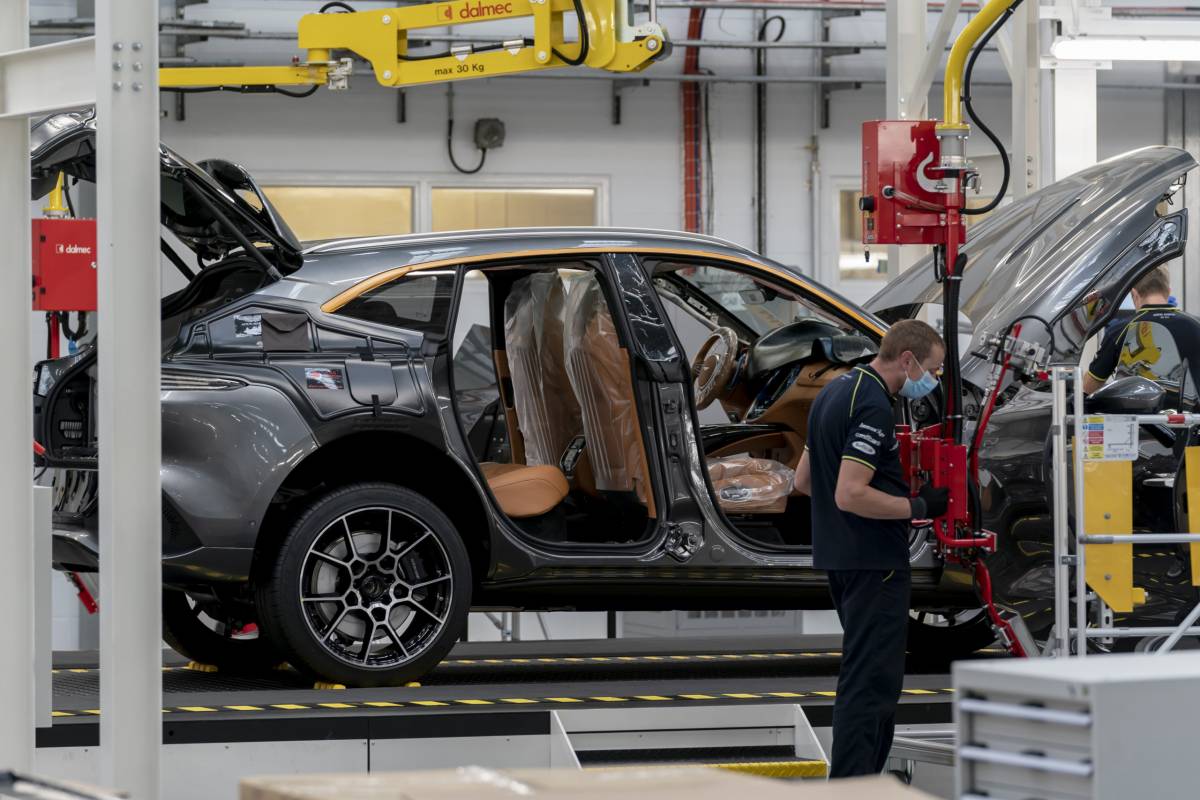 “We are incredibly proud of our first SUV, which is as much of an Aston Martin as any of our sports cars,” added Marek Reichman, Aston Martin Executive Vice President & Chief Creative Officer. “From my design team to the engineers, the vehicle dynamics team and all the experts who hand-craft this beautiful car, here at St Athan, the DBX has become the car that will drive Aston Martin into a bold new era.”

The newest Aston Martin DBX is constructed using a bonded aluminum chassis to reduce weight. Powered by an AMG-sourced twin-turbocharged 4.0-liter V8 shared with the Vantage and DB11, the DBX is good for 542-horsepower and 516 pound-feet of torque, making it more powerful than Aston’s lineup of sports cars. 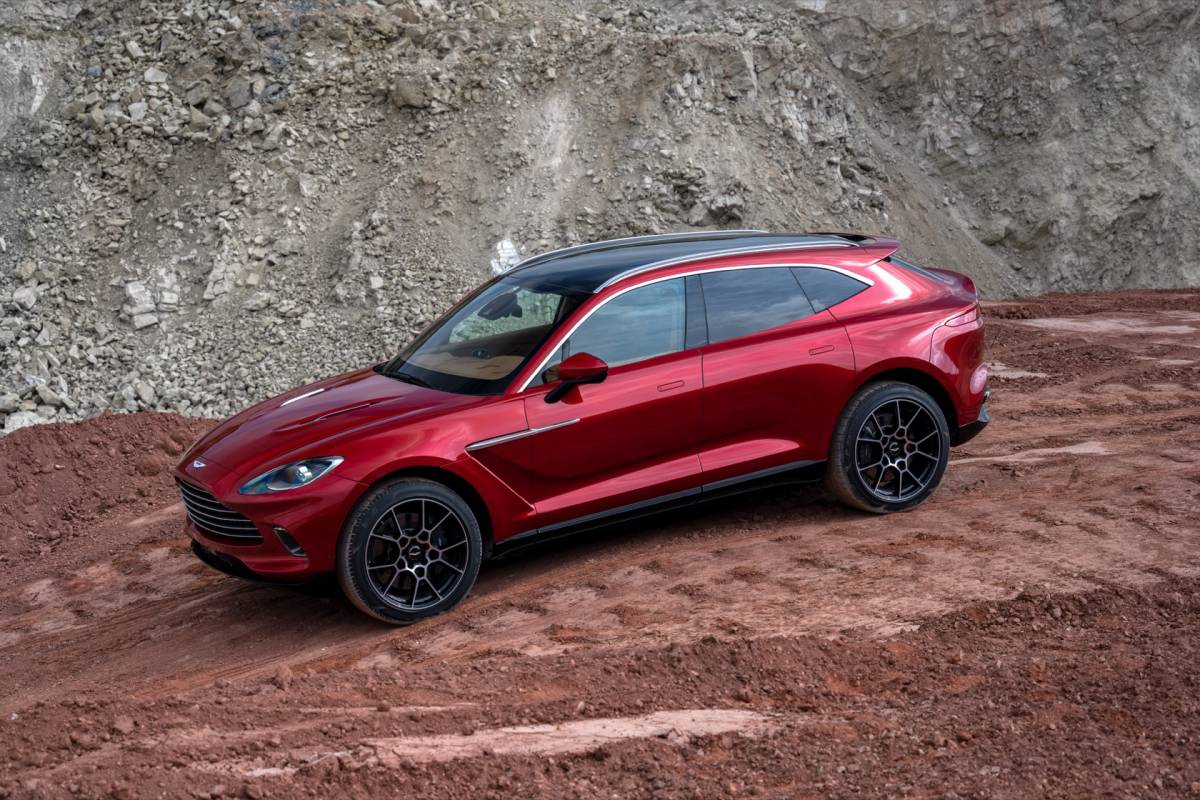 It has a nine-speed automatic transmission connected to an AMG-sourced all-wheel-drive system. Equipped with an electronic rear locking differential, active center differential, and a carbon-fiber propeller shaft, the DBX can scoot to 60 mph from rest in 4.3-seconds. Aston claims a top speed of 181 mph, effectively making it one of the world’s fastest SUVs.

“I could not be more proud to see this fantastic SUV being made in Wales and rolling off the production line,” said Ken States, Minister for Economy, Transport and North Wales. “This is a historic moment for Aston Martin and Wales.” 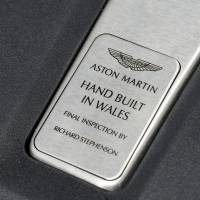 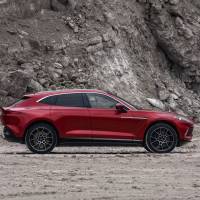 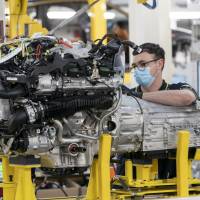 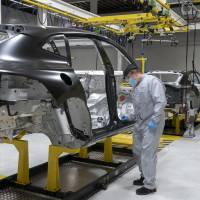 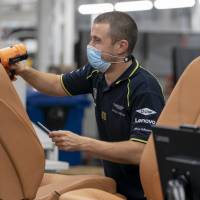 Aston Martin expects the first European deliveries of the DBX to arrive later this month, while the rest of the world can expect first arrivals to commence later in the year. In the U.S., base prices for the 2021 Aston Martin DBX start at $192,986.