You’d be forgiven for not realizing the 2020 Honda CR-V Hybrid was, well, a hybrid, and that’s by design. Side by side with the gas-only crossover, this freshly electrified version bears all the hallmarks of simply being a fancier trim. The Honda badge is now blue-edged, while the rear bumper is different and hides the tailpipe; Touring trim splashes on some extra chrome, too. It all begs the question: how loud does your hybrid really need to be?

On the one hand, for Honda, this new hybrid is a very big deal indeed. The CR-V is the automaker’s best-selling model in the US, and Honda isn’t applying hybridization to some oddball side-spec. It’ll be the most powerful in the range, with 212 horsepower in all, not to mention offering the most torque in its segment. There’s mechanical AWD, too, where key rivals like the Toyota RAV4 Hybrid use a less-capable electric system. 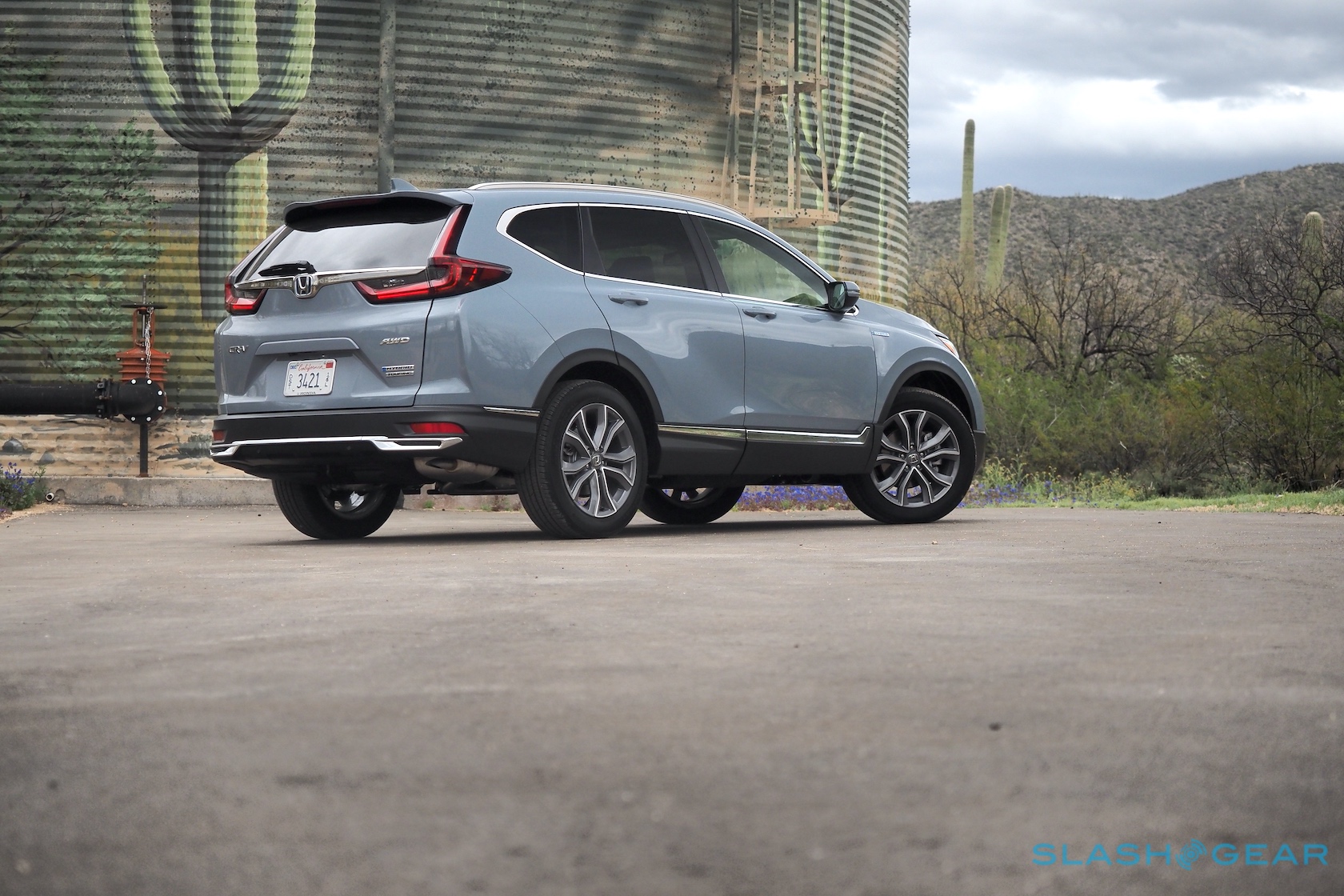 In the broader scheme of electrification as a whole, though, the impact is less clear. On the one hand, the CR-V Hybrid looks set to bring gas-electric drivetrains to a much broader audience, one which might have traditionally discounted the technology as being undependable or focused primarily on fuel efficiency. Honda’s decision to position the hybrid as the pinnacle of the CR-V line-up should help there, too. 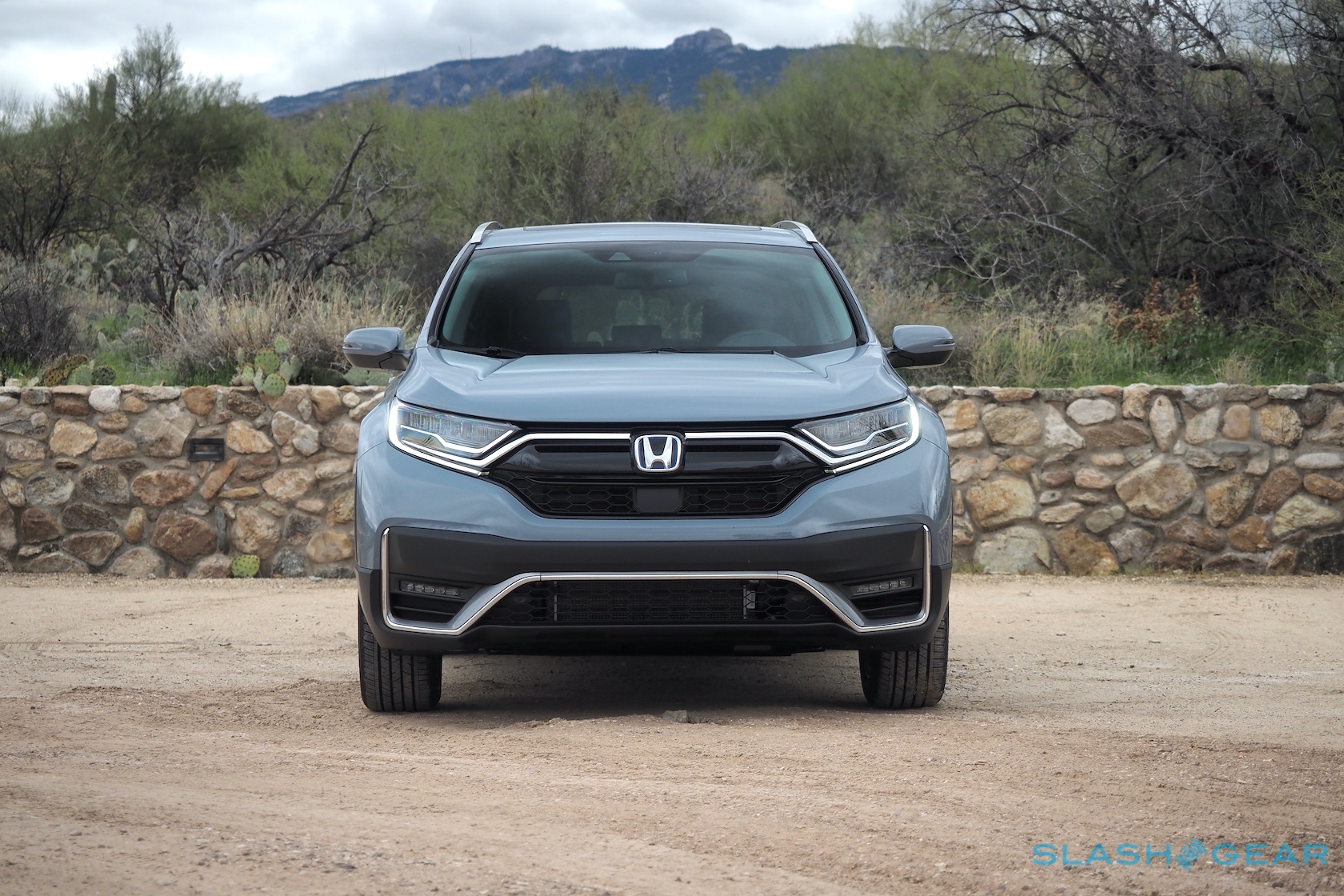 At the same time, though, by electrification standards this is hardly ambitious. It’s not a plug-in; total electric range is about a mile, so the 2.0-liter gas engine is going to be running more often than not. Honda’s line-up in general is looking underwhelming when it comes to EVs right now: with the Clarity BEV recently discontinued, it doesn’t offer a single fully-electric model. Pure EVs are in the pipeline, but it’s hard not to see Honda as having fallen behind what rival automakers are doing.

The bet, it seems, is not only that hybridization of this sort is the best route to greater electrification, but that gas engines aren’t going anywhere any time soon. Honda expects 50-percent of its global sales to be hybrids by 2030; in those predictions, all-electric vehicles will comprise just 15-percent. Accepting that gas is a reality for most drivers and will be for a while is Honda at its most pragmatic, and hybrids are “the fastest way for us to deploy fuel-efficient technology across our line-up,” according to assistant vice president of Auto Operations of America Honda, Sage Marie. 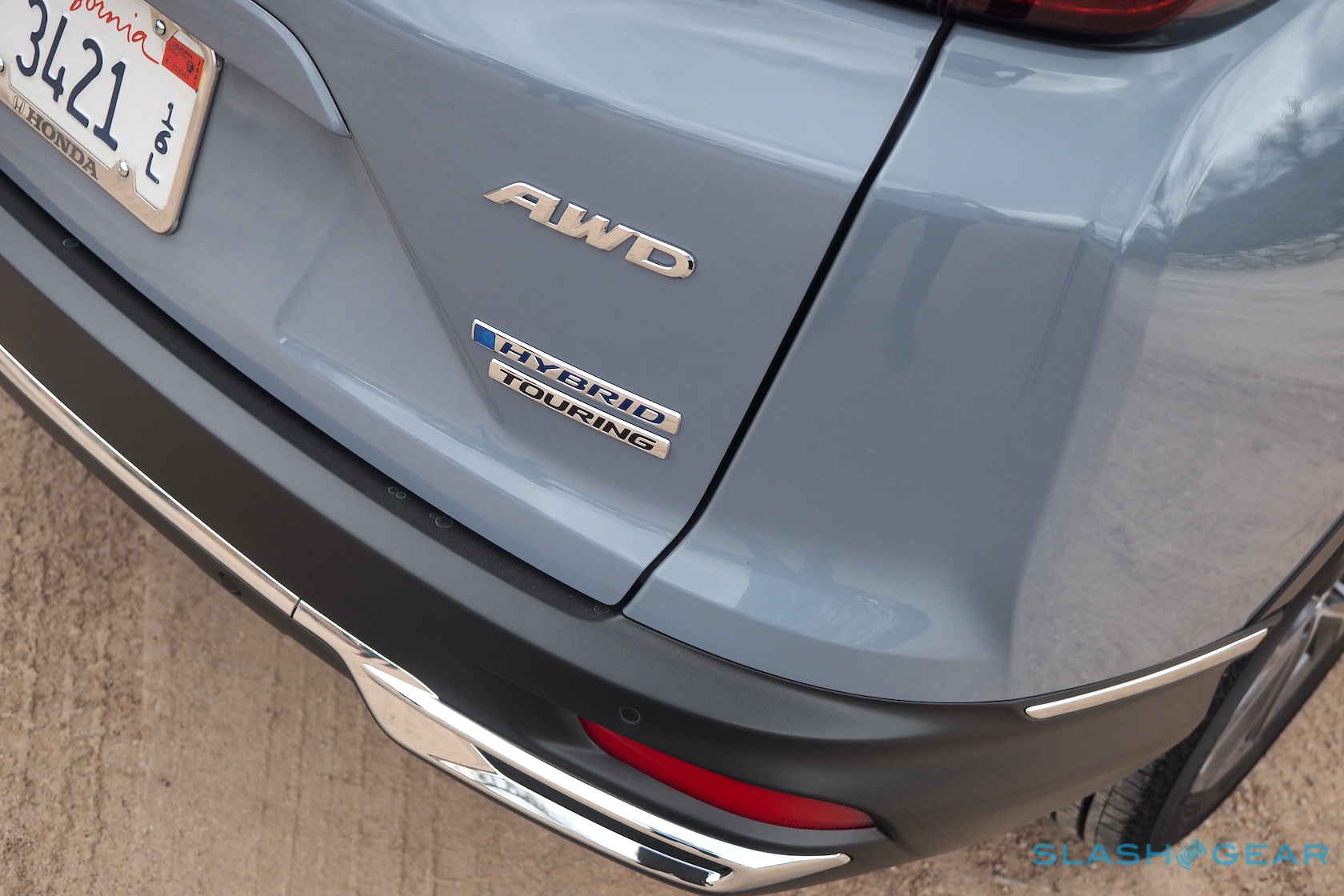 I can understand that coming as fairly miserable news to anybody who is fully onboard the BEV train. If there’s a saving grace, it’s that Honda’s hybrid tech – and the CR-V Hybrid specifically – undoubtedly works when it comes to improving fuel economy, and not by some marginal measure. 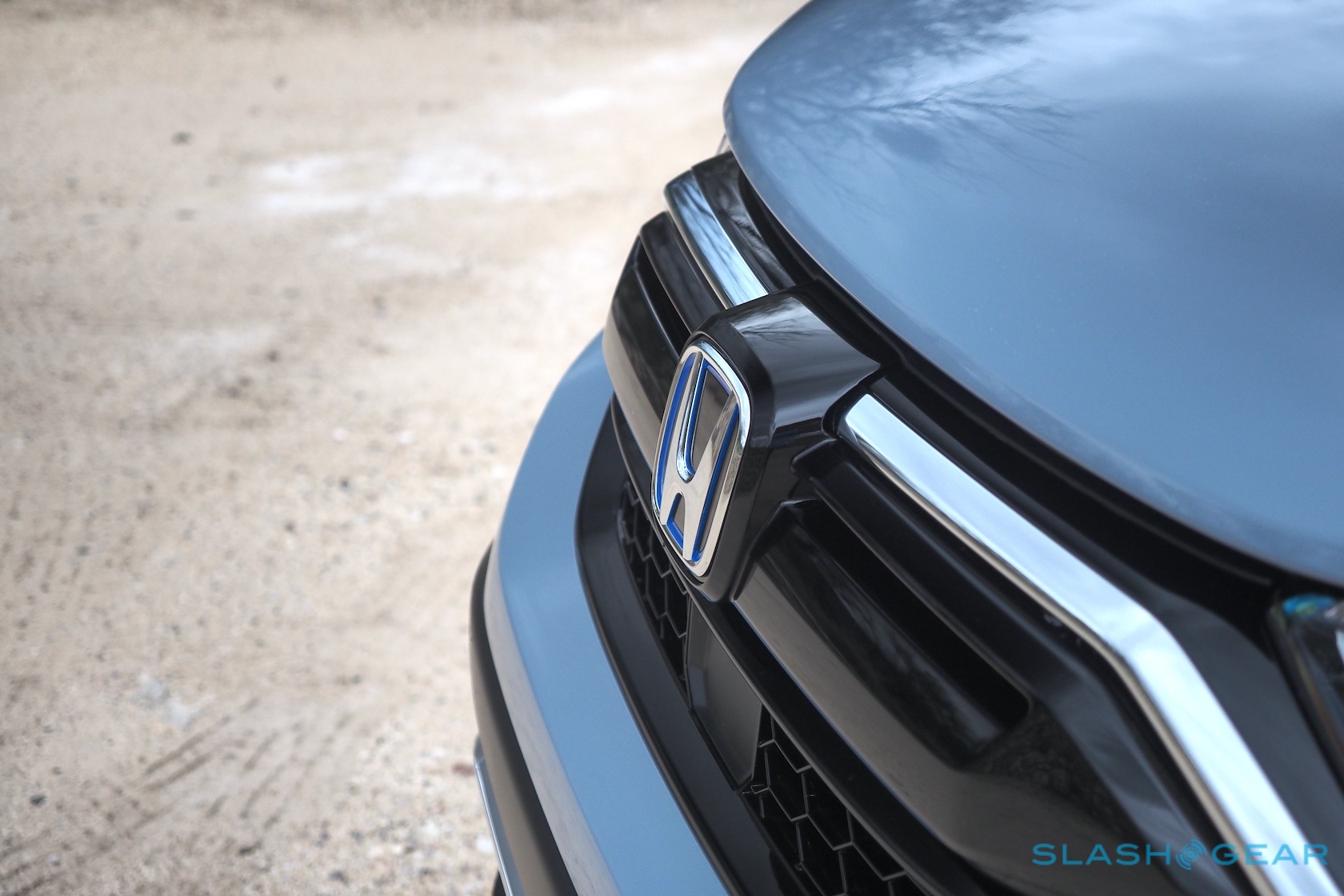 What stands out is just how achievable those numbers are – or better. Honda’s route was no grand road trip, sure, but 45 mpg across a mixture of urban and mid-speed highway (think around 55 mph rather than 65+) clocked up on the digital display with basically zero coddling from behind the wheel. That even includes some time in Sport mode – which prompts the CR-V into spending a little more of that low-end torque at lower speeds, though isn’t going to make this a Tesla chaser – and none whatsoever in the dedicated Eco mode.

In fact, everything about the 2020 CR-V Hybrid seems designed to make its electrification “just another feature” on the spec sheet, rather than shouting about it. That shouldn’t come as a surprise – we’re talking about the automaker that considered leaving any hybrid badging whatsoever off the Insight, figuring that buyers simply didn’t need to know – but I suspect it’ll play well with the crossover’s core audience. Electric zealots may turn up their noses, but a more traditional set of buyers (which, for the moment at least, is undoubtedly greater in number) won’t have a problem. 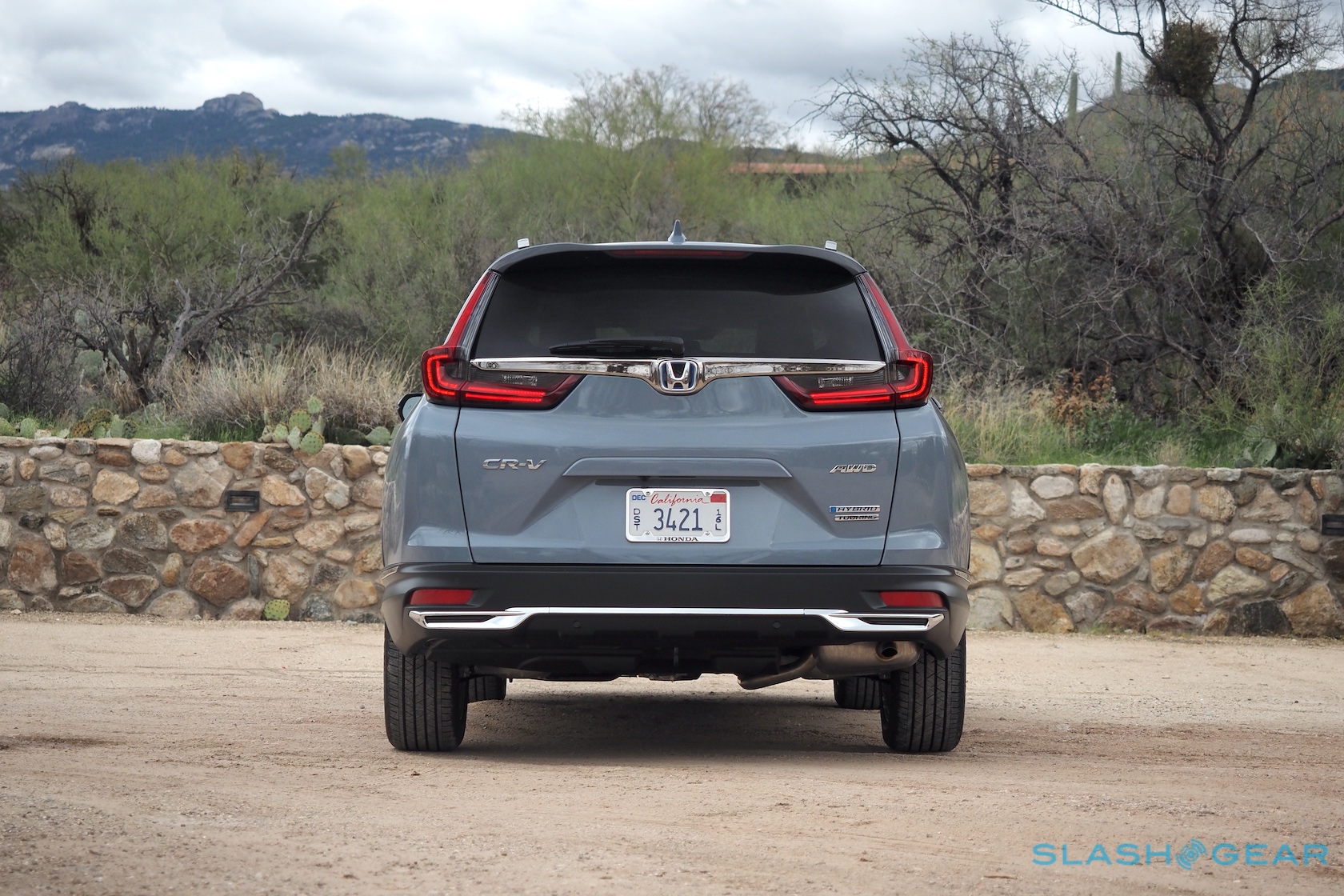 It’s aided by the fact that the hybrid system – not least because of Honda’s decision to use mechanical all-wheel drive – legitimately improves the driving experience overall. Side-by-side with a gas-only CR-V, the new hybrid is more urgent off the line. The regular 1.5-liter turbo-four brings its 179 lb-ft of torque to bear from 2,000 rpm. In contrast, the CR-V Hybrid has 232 lb-ft in total, and its electric motor delivers its torque from the get-go.

Dispatched out into deep sand, the mechanical AWD proved its merit over the electronic version in the latest RAV4 Hybrid. Most crossover owners are never going to be doing tight figure-eights, true, but were I contemplating an escape from muddy fields I’d want the Honda’s keys in my pocket. It simply reacted more consistently and predictably, and was better able to translate its power into movement. For that matter, the hybrid did a lot better than its gas-only sibling, too. 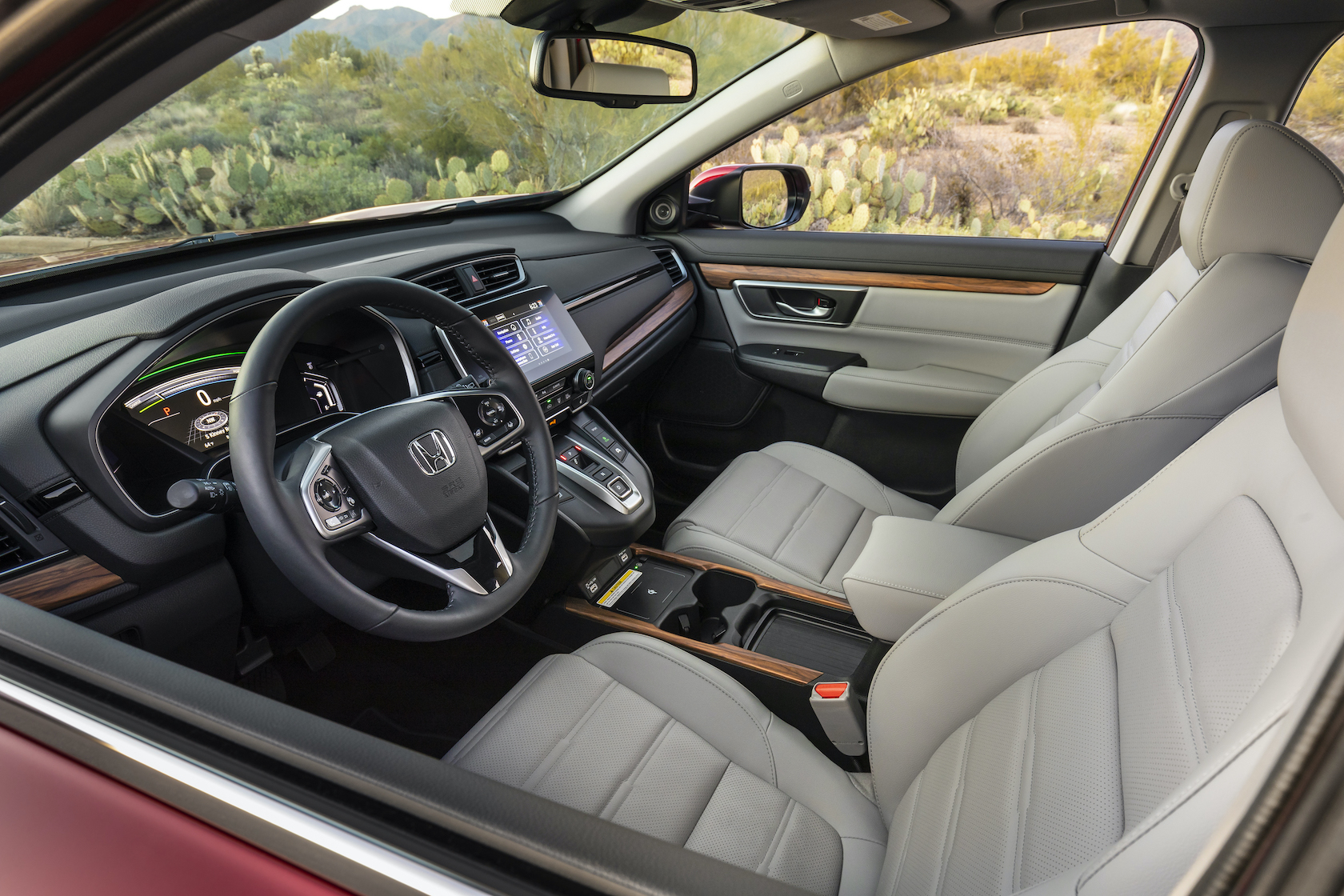 My biggest complaint is how Honda implements regeneration: the rate at which the CR-V Hybrid recharges the battery as it slows, when you lift your foot off the gas. By default it’s very low, but you can pull the left paddle behind the wheel to notch the crossover through three levels of regen. Even in the maximum setting it’s not excessive by EV standards, and it won’t bring the CR-V Hybrid to a complete stop, but that I can live with. What’s frustrating is that, after a while, the car resets the regen level altogether, and you only know that if you’re paying attention to a tiny graphic in the cluster. I’d much rather be able to set it once and then have it work predictably whenever I’m driving.

Inside, there are a few giveaways that you’re at the wheel of the electrified model. Gone is the shift lever, replaced by a comically large set of transmission buttons. The digital gage cluster is new, too, with simple graphics to show where the power is coming from and how much battery you have left. Honda’s system is always looking to top that battery up, too; at no point did I look down and find the meter empty. 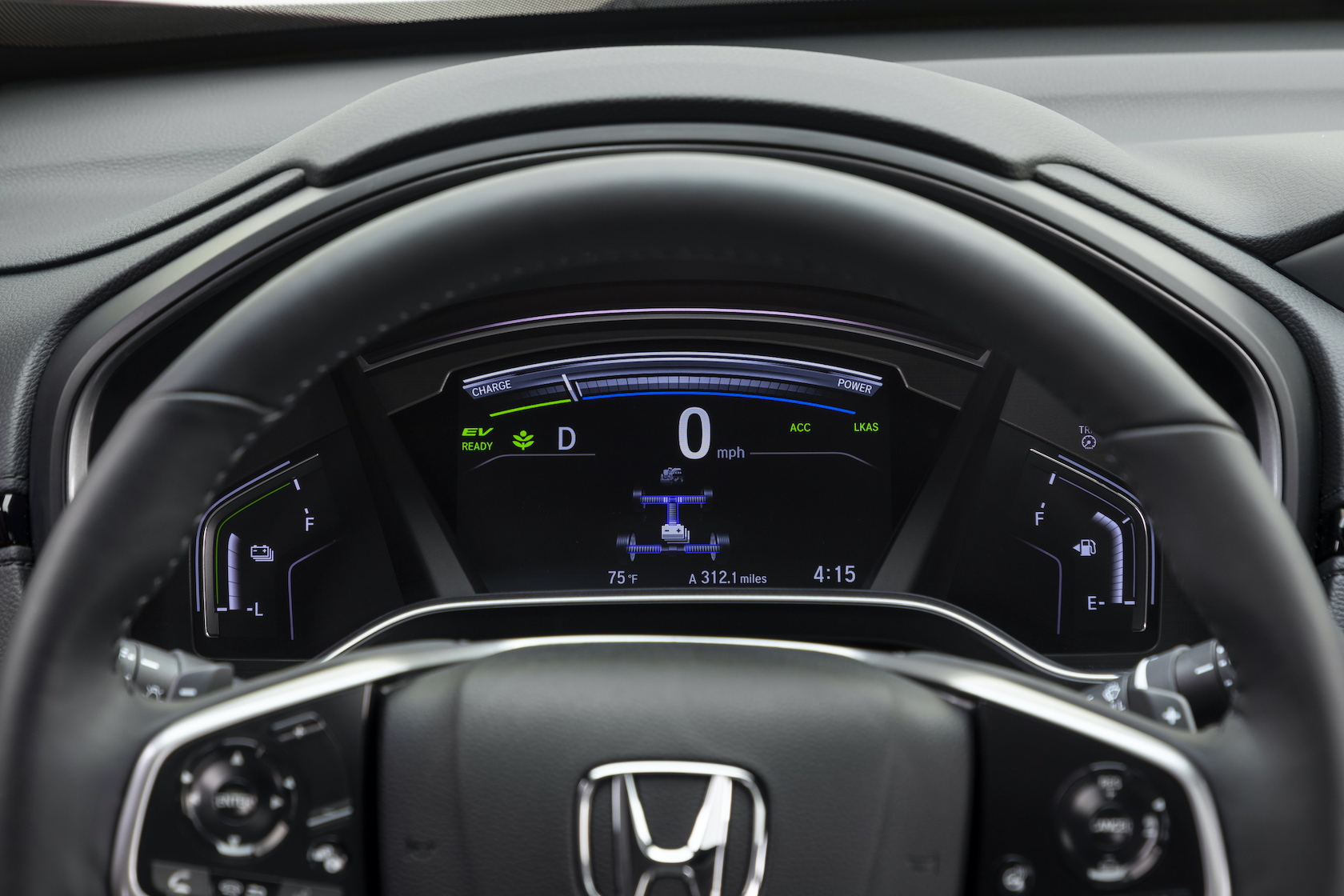 The rest of the cabin follows the existing CR-V, for better and worse. It feels solid and well-put-together; more car-like than the RAV4, the interior of which feels more like it’s that of aping a rugged SUV. Standard equipment levels are strong too. The $27,750 (plus $1,120 destination) LX trim gets LED lights, keyless entry and start, the full Honda Sensing suite of active driver assistance, automatic climate control, and 17-inch alloy wheels. $30,260 steps up to the EX trim, with LED fog lights, more speakers, blind-spot monitoring, 18-inch wheels, memory for the driver’s seat, dual-zone climate control, a power moonroof, and Honda’s 7-inch Display Audio infotainment system with Apple CarPlay and Android Auto. 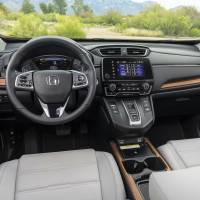 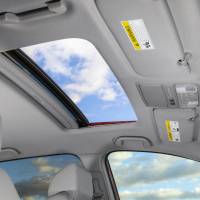 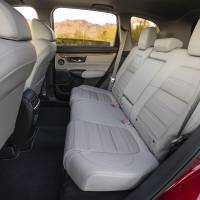 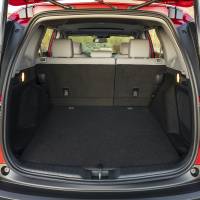 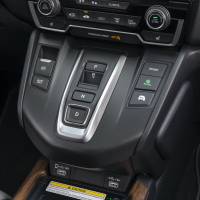 If I’ve complaints, it’s that the moonroof – which doesn’t extend to the rear seats – seems small, and the infotainment, though full-featured, has clumsy graphics that lack the finesse of other systems. You don’t get wireless CarPlay or Android Auto, either. At least cargo capacity is decent, Honda’s 33.2 cubic feet slotting in-between the larger RAV4 trunk and that of the smaller Ford Escape Hybrid. The CR-V Hybrid bests them both on front and rear legroom, too, and a split rear bench comes standard.

It can be easy to assume that any electrified vehicle that isn’t able to do 300+ miles on battery power alone is hopelessly inadequate. I suspect that’s more to do with how vocal BEV enthusiasts are versus everyone else, than an actual requirement held by most new car buyers. Take a step back and, while it might not seem revolutionary, Honda’s strategy with the new CR-V Hybrid makes a whole lot of sense. 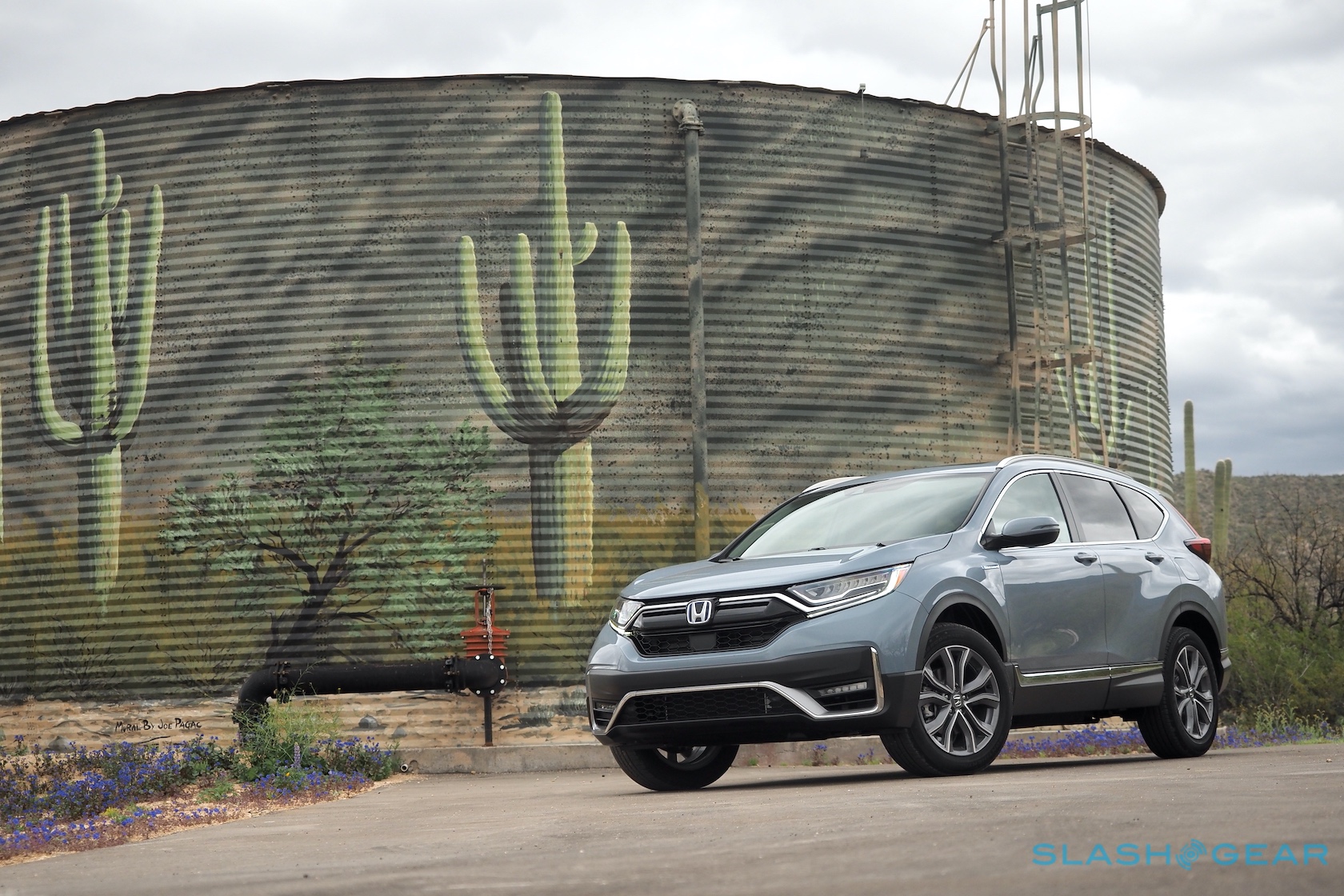 For those looking for a more lavish crossover, this is now the top of the CR-V tree. Anyone who wants more power or more agile AWD, well, the hybrid delivers there. And if fuel economy is your primary concern – plus the familiar convenience of filling up at a regular gas pump – then the CR-V Hybrid checks off those boxes, too.

Like the Insight before it, it does all that without demanding much in the way of change. Sure, down the line I’d like to see those drivers migrate over to even greener vehicles, but not everybody is ready for full-electric, or even a plug-in hybrid. The 2020 Honda CR-V Hybrid succeeds because its brief is so focused, not to mention so well targeted at its audience. Now Honda needs to show us the compelling BEVs that will take it the next step in its green roadmap.

[Updated to correct the timeline for Honda’s electrification roadmap]