There’s a new Chrysler Pacifica with all-wheel drive coming, but while it’s not expected to be launched until the 2021 model year, the automaker is giving an early tasted of that improved traction with a special edition. The 2020 Chrysler Pacifica AWD Launch Edition includes, as the name suggests, the same mechanical all-wheel drive system as the upcoming refresh, but jumps the line by borrowing it for the current-generation minivan.

It’s the first time a Chrysler minivan has been offered with AWD since 2004, in fact, and it joins a relatively short list of people-haulers in the segment that offer the feature. We’ve seen a variety of ways that AWD has been implemented there, too, including a gas-electric hybrid system that Toyota will use in the upcoming 2021 Sienna AWD.

Chrysler’s system is resolutely mechanical at its core, however. It features a Power Transfer Unit which is responsible for taking torque from the standard nine-speed automatic transmission and routing it back to the read drive module. That has an electronically-controlled wet clutch, which can adjust the flow of that torque to the rear wheels. 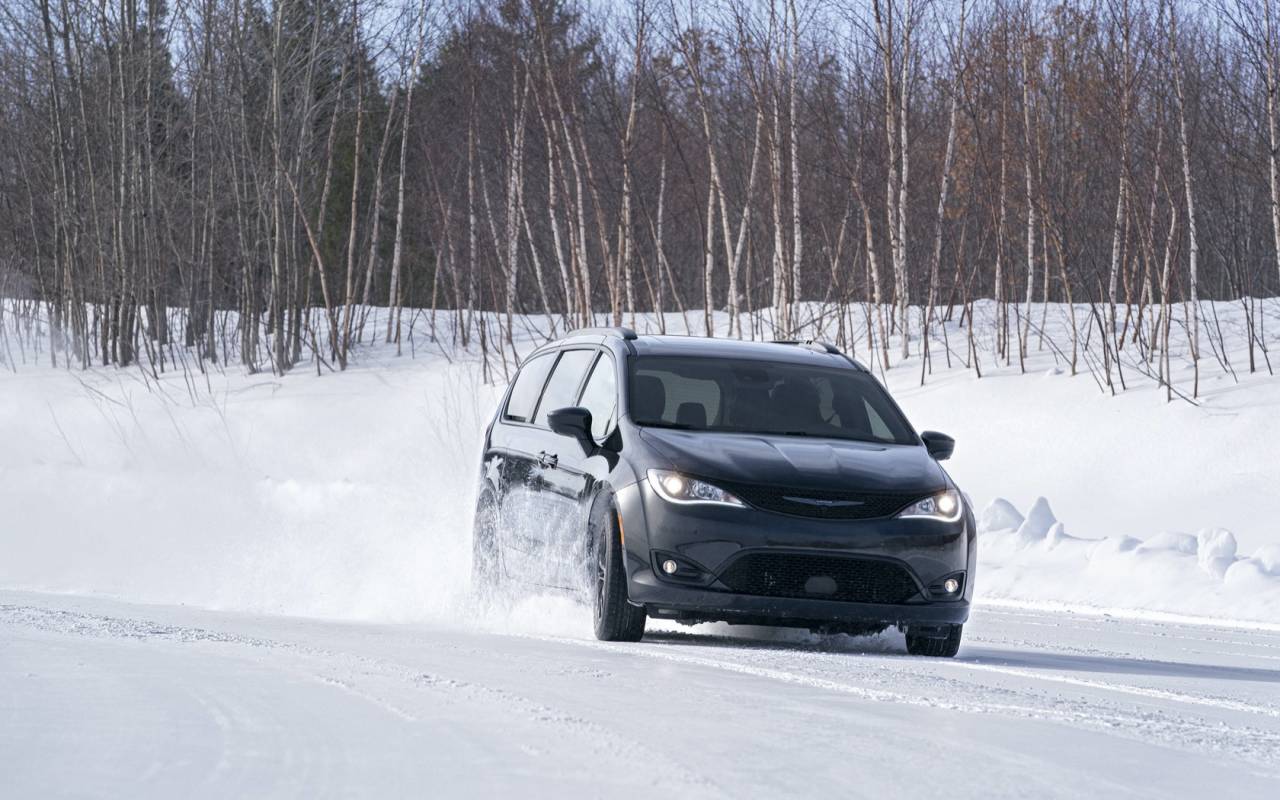 The two parts are joined by a new three-piece drive shaft. Even that is special, Chrysler argues, because it’s designed in such a way that it doesn’t impede on cabin space and the Pacifica’s Stow ‘n Go seating storage system.

The result is a minivan which can push all 262 lb-ft of torque from the 3.6-liter V6 engine to the rear wheels, when required. A brake-lock differential system, meanwhile, can shift torque from left to right, depending on which wheel has more traction. Arguably more impressive still, the Pacifica AWD can not only automatically disengage the rear axle when not needed, but stop the drive shaft from spinning altogether, making the whole system more efficient.

Beyond AWD, a 2020 Pacifica Touring L

Inside, there are McKinley leather seats bordered with Light Diesel Grey stitching, and brushed metal trim for the dashboard. That’s where you’ll find the 8.4-inch Uconnect 4 touchscreen; options will include navigation, a tri-pane panoramic sunroof, and trailer tow package. 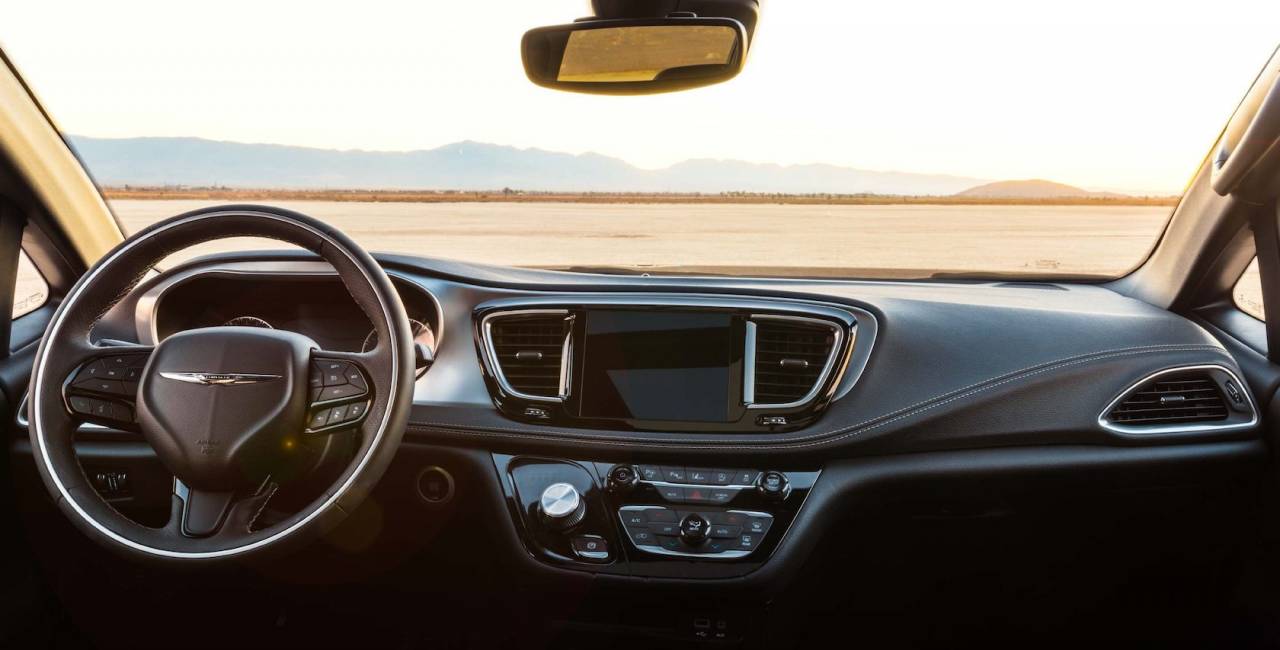 It’ll be priced at $40,240 (plus destination) and is available to order now with deliveries in Q3 2020. Those who have a little more patience, however, may want to hold out for the 2021 Pacifica AWD which is expected to follow later in the year.

That will have a more sculpted exterior and LED lights as standard, along with more standard safety tech. The new Pacifica gets pedestrian automatic emergency braking, along with blind-spot monitoring, rear cross path detection and parking assistance, and adaptive cruise control with lane departure warnings.

It’ll also upgrade the infotainment system, being the first of FCA’s vehicles in North America to get Uconnect 5. That increases the touchscreen size to 10.1-inches, is five times faster than Uconnect 4, and includes Alexa. Chrysler pairs it with USB Type-C ports for faster charging.