Apple’s changes to the 2019 MacBook Pro to address keyboard reliability have been given the teardown treatment, to figure out just how the design has been altered. Apple announced the new 13- and 15-inch MacBook Pro models earlier this week, and while new 8th and 9th Generation Intel Core processors were the headline, keyboard tweaks were just as eagerly anticipated by macOS fans.

It’s the third iteration of the so-called Butterfly key mechanism we’ve seen on the MacBook Pro. The notebook first adopted the switches in 2015, a version of the buttons that debuted on the 12-inch MacBook, but with more travel among other differences.

Apple’s goal was to make a button that could deliver the same – or better – keypress feel as those on its previous keyboards, but allow for a thinner key tray. The wider, taller buttons would also be larger and thus easier to hit, so Apple’s argument went, with the Butterfly mechanism still ensuring a stable press. Opinion was divided, however, as to how pleasant the keyboards were to actually type on.

A bigger problem, though, was reliability. Apple tweaked the design in 2018, adding a silicone membrane to help keep dust out of the mechanism. It also started up a replacement program, to fix the MacBook Pro keyboards of those seeing missed keypresses or keys that would inadvertently double or triple characters.

Come 2019, and there’s yet another change, though Apple has been coy on sharing exactly what it did beyond switch materials. iFixit did its usual teardown of the new notebook, and found out exactly what is different, however. Turns out there’s now a new Butterfly mechanism to go with the silicone membrane. 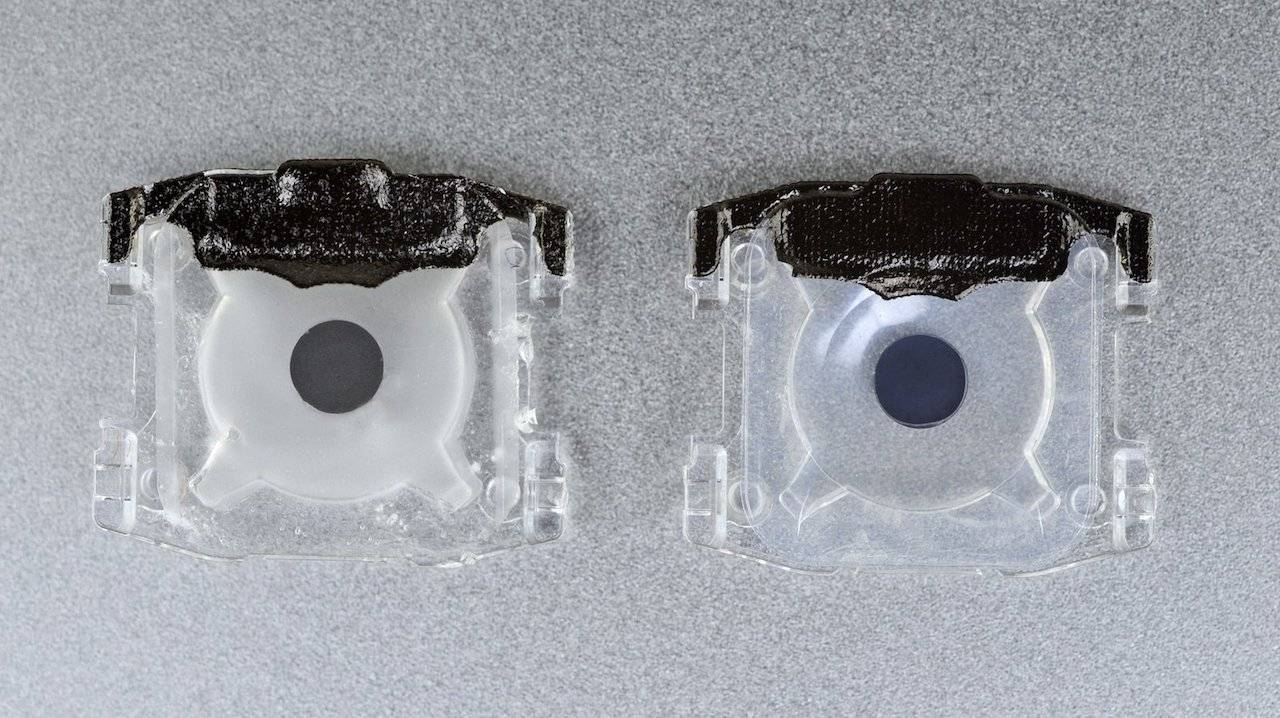 The 2019 MacBook Pro Butterfly keys have a smoother, clear switch cover material. iFixit even used Fourier Transform Infrared (FTIR) spectroscopy to figure out that, not only is it different to the 2018 material, it’s probably a polyamide. That’s more commonly known as nylon.

A change in the metal dome switch also looks likely. Working out what has changed there is tougher, though the teardown experts suggest there may be a new heat treatment applied, or a new alloy, or even both. It’s the springy dome switches which give the keys their “pop” when pressed.

Unsurprisingly, given the absence of other design changes, iFixit isn’t positive about how much repair potential the 2019 MacBook Pro has. Indeed, it scores just 1 out of 10, being criticized for being inhospitable to both repairs or upgrades. The long term implications of Apple’s Butterfly key changes, meanwhile, are less certain. This could well finally fix the reliability problem, but only time will tell. Either reassuringly or ominously, the 2019 MacBook Pro range is already covered by the freshly-expanded keyboard service program.