Want a Honda Civic Type R but driving on a budget? Honda thinks it has the answer with the new 2017 Civic Si Coupe and Sedan, two fresh versions of the 10th generation Civic that promise more affordable performance. Set to arrive at dealerships next month, they’ll take on Ford’s Focus RS in the process.

Like the regular Civic hatchback, the new Civic Si Coupe and Civic Si Sedan use Honda’s 1.5-liter turbocharged engine. Power figures are up from the old Si, though they’re still not going to blow you away. Figure on 205 horsepower and 192 lb-ft. of torque, the latter sustained over a claimed 70-percent of the car’s rev range.

Still, the Civic Si in any of its three forms isn’t really about straight-line acceleration. Instead Honda is playing up the car’s agility and handling, as well as the enthusiast-centric short-throw, 6-speed manual transmission. There’s dual-pinion adaptive electric power steering with variable ratios, adaptive dampers, a helical limited-slip differential, and sport-tuned suspension.

Combined with a “significantly lighter” curb weight than the old Civic Si, this 2017 model should prove even more eager in the corners. Honda has added two driving modes, Normal and Sport; the former should drive a little more like the regular car. Switch to Sport Mode, however, and the suspension damping, steering, and throttle response are all toned up. 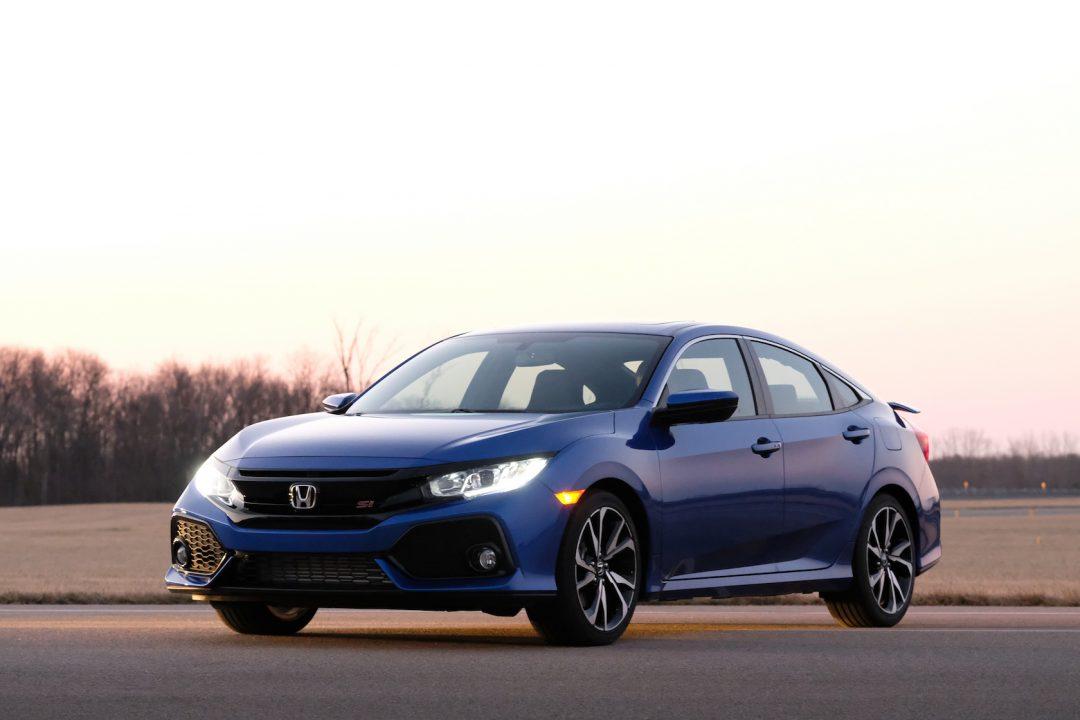 As for stopping, there are 12.3-inch front brake rotors and 235/40 R18 tires, wider than the outgoing car. Honda will also offer a performance tire option. The Civic Si actually shares a few components with the Type R: the front upper control arms, for instance, are the same on both cars. Honda also uses stiffer spring rates, significantly more rigid stabilizer bars than in the regular Civic, and solid front and rear compliance bushings.

Of course, for many it’s the aesthetic changes which are most important. The Civic Si Coupe and Sedan both get a black “wing” front fascia featuring larger side air intake features, together with two-tone finish 18-inch, 10-spoke alloy wheels. The Si Sedan gets enlarged side vents and a deck-lid spoiler; the Si Coupe borrows the fill-width light bar from the regular Civic Coupe, and throws in a sizable spoiler of its own. 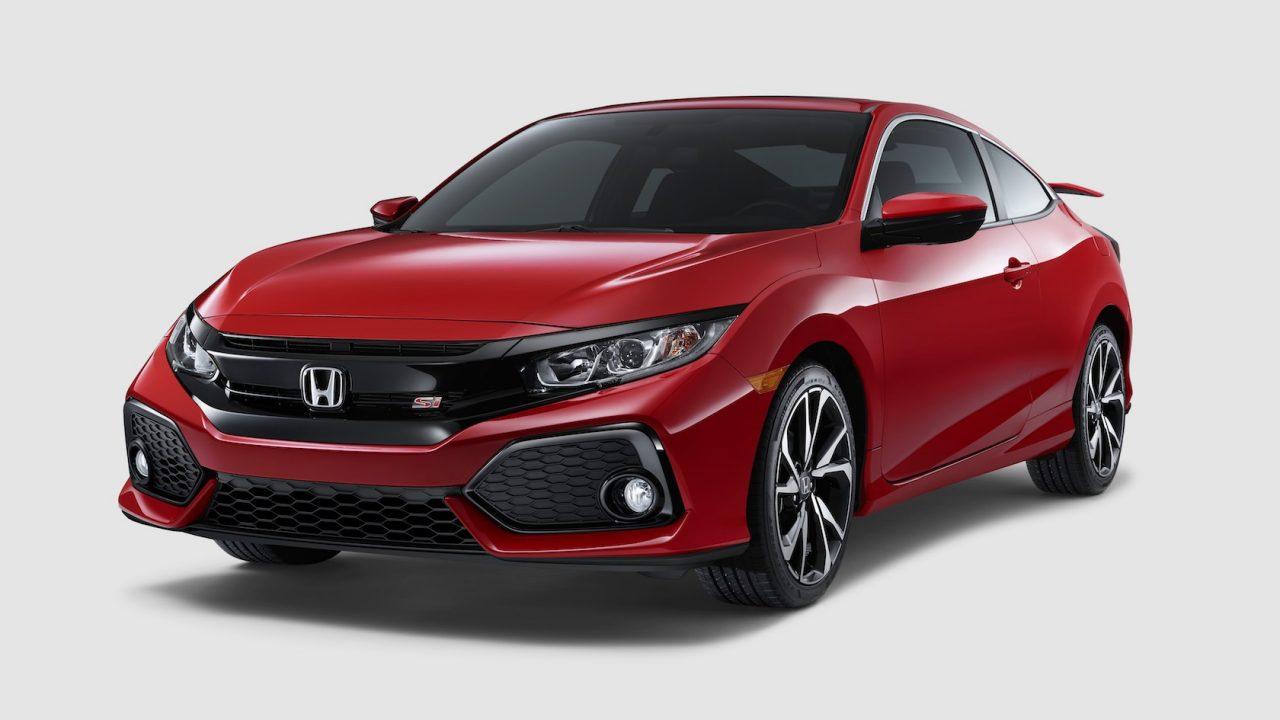 Inside, there are special sport seats with red contrast stitching and Si logos, exclusive to the two cars. That same stitching continues across the doors, wheel, and leather stick shift boot; the latter is topped with an aluminum grip. Red shows up again in the dashboard lighting, while aluminum appears in the footwell on the sport pedals. 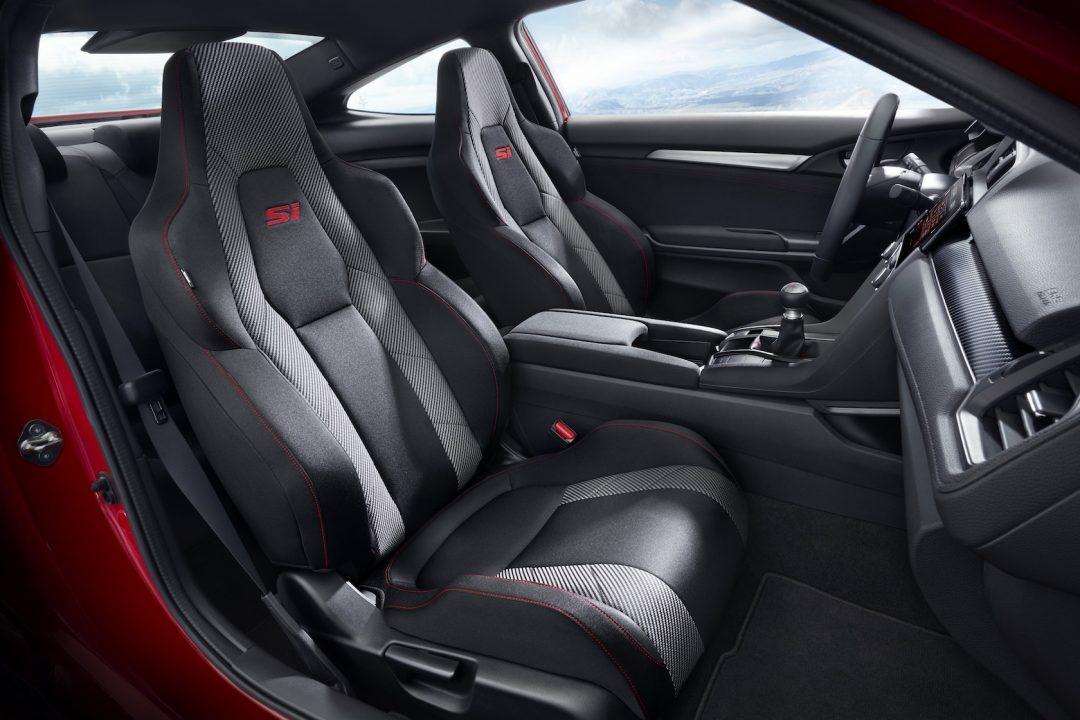 Sales kick off next month, with the 2017 Civic Si Coupe and Si Sedan expected to start in the mid-$20k point. Given the Civic Type R should come in somewhere in the mid-$30k region, that’s a considerable saving if you can do without the more fiery car’s 306 horsepower and 295 lb-ft. of torque. 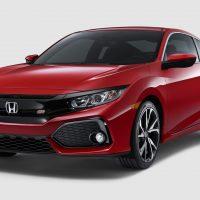 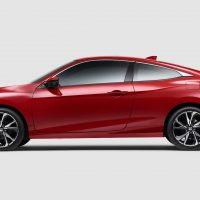 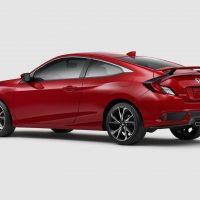 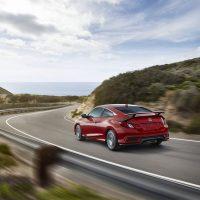 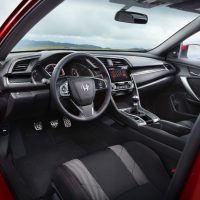 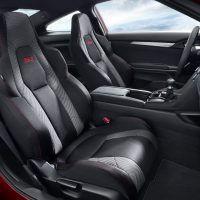 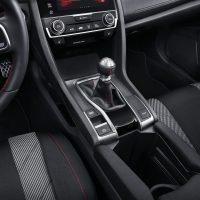 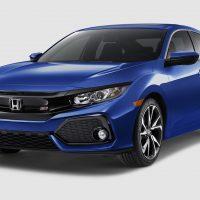 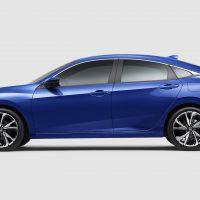 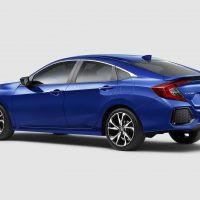 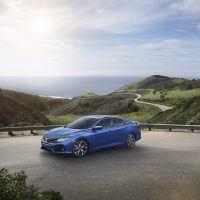 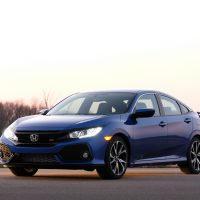 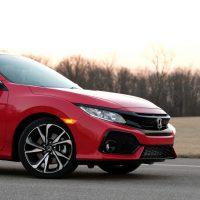 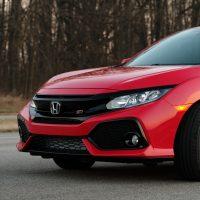