Only one car I reviewed in 2016 has brought my neighbors knocking on the door: the McLaren 570S. The hand-made British coupe may have had bright orange paint to help draw the eye, but even in more sober hues it’s hard to disguise a car that sits somewhere between scalpel-sharp functionality and automotive art. Yet it’s on the road that the 570S earns its place as my favorite car of the year.

Rarity works in McLaren‘s favor. Yes, you get the coveting stares most exotica provoke, but there’s usually confusion in the expression too: the 570S simply isn’t as readily-identifiable as a Porsche, a Ferrari, or a Lamborghini might be. Those who do recognize the badge instantly have questions about the car. 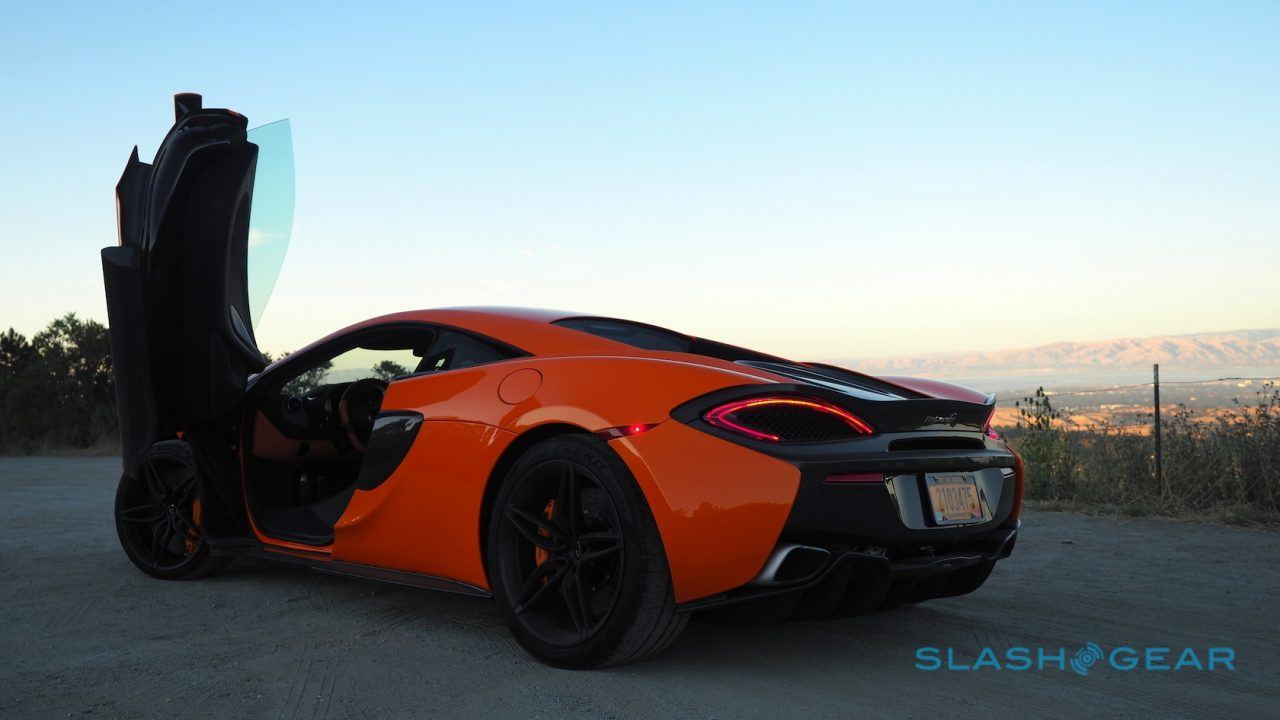 Compared to its more expensive, more technologically advanced 650S sibling, the 570S looks leaner and more aggressive. The 650S is a strange British spacecraft for the road, smoothly curved and fared-in; you can almost see the smoke of wind tunnel testing coursing over its heavily-refined body. In contrast, the scoops and slashes of the 570S look more visceral, an effect emphasized by the twin-tone color scheme.

Frankly, it’s what a supercar should look like, even if McLaren insists on drawing some artificial line and calling it a “sports car” instead. What I particularly love is the detailing. The scissor-lift doors – the 570S would have you call them “dihedral” – are an obvious parking lot pleaser, but they’re made extra-special by the hidden release button under the side sills. The trailing C-pillar buttresses are another gem, as are the neon-esque tail lamps. 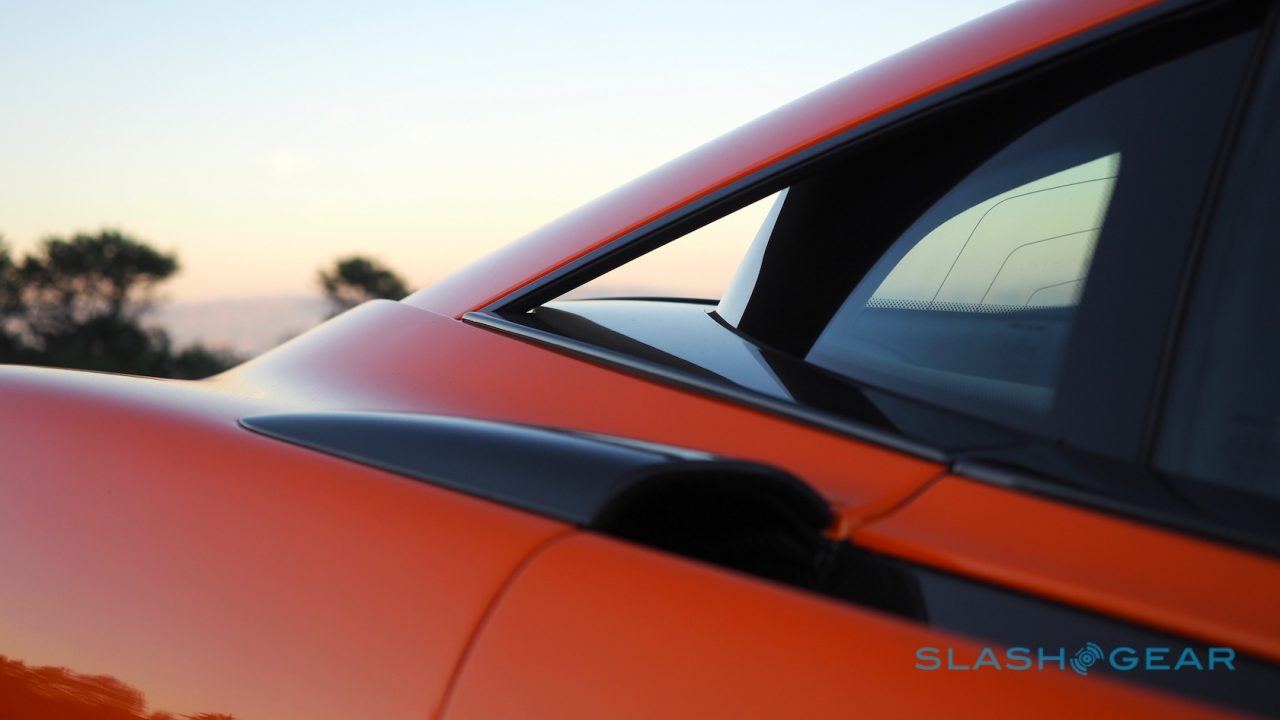 It demands some of the same compromises as a supercar, too. The low, wide sills and even lower seats require focus if you’re not to set the audience the doors mustered tittering as you fall inside. The cabin is short on storage space – the glovebox is compact and the door pockets have a habit of emptying themselves when you open the doors – while the 5.3 cubic foot “frunk” is suited for a very small amount of luggage.

At the same time, the 570S is a surprisingly practical beast. The 3.8-liter twin-turbo V8 and seven-speed dual-clutch Seamless Shift Gearbox (SSG) may be designed for screaming performance, but they’re unexpectedly content at commuting speeds too. The carbon ceramic brakes don’t suffer awful low-speed squeal that leave many supercars sounding like they’re actually fiberglass knock-offs about to fall in half when you slow for lights. 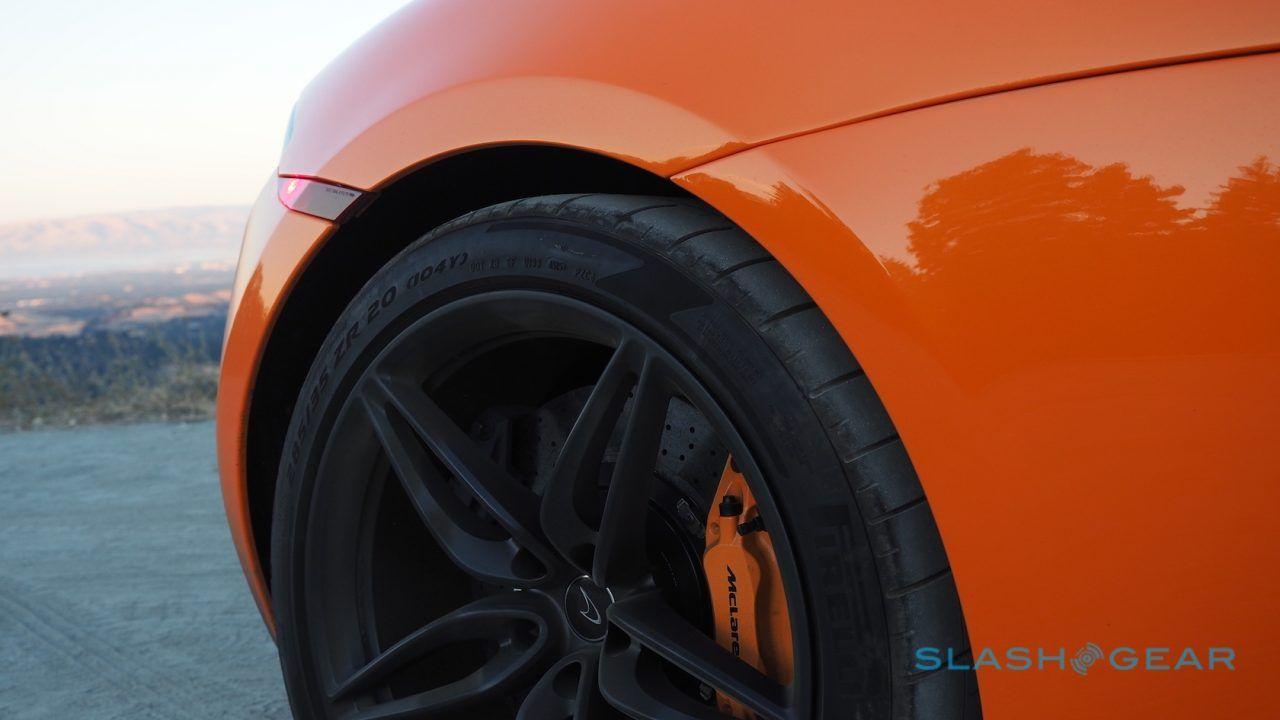 For all the everyday usability, mind, what the 570S really, really enjoys is going screaming-fast. 562 HP and 443 lb-ft. of torque add up to a 204 mph top speed; without a track (or an unused runway) to occupy me, I couldn’t test that out. Still, the 3.1 second 0-60 mph time is more than enough to press you back into the curvaceous and supportive sports seats. 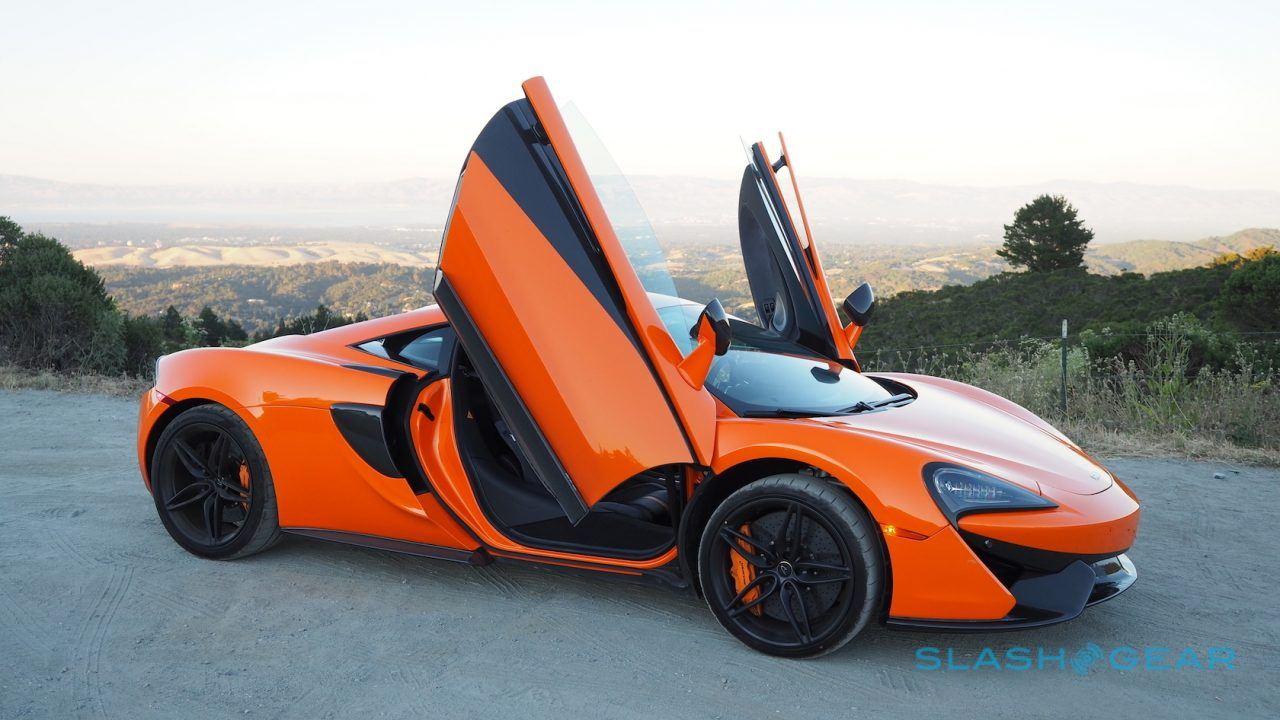 Straight line speed is one thing. Corners, though, are a particular delight. I’m lucky enough to live up in the hills where there’s no shortage of winding, twisting roads, and the 570S was just as eager to take them on as I was. McLaren’s brake steer system may not be the torque vectoring differential of the Acura NSX, but it hardly seems to matter in practice. Speaking of the brakes, they prefer as heavy a foot as the gas pedal does, but the 3,186 pound weight makes the McLaren a feather among its rivals like the Audi R8 and Nissan’s GT-R.

That adds up to frankly sublime steering. The 570S is nimble and poised, dancing on its metaphorical toes as the V8 adds a soundtrack that could’ve been borrowed from McLaren’s F1 stables. It’s a banshee scream, spiraling rapidly as the next corner crash-zooms into view. The engineers tame it some in Normal mode, not massively but some minor relief for your neighbors, but in Sport it lets loose beautifully. 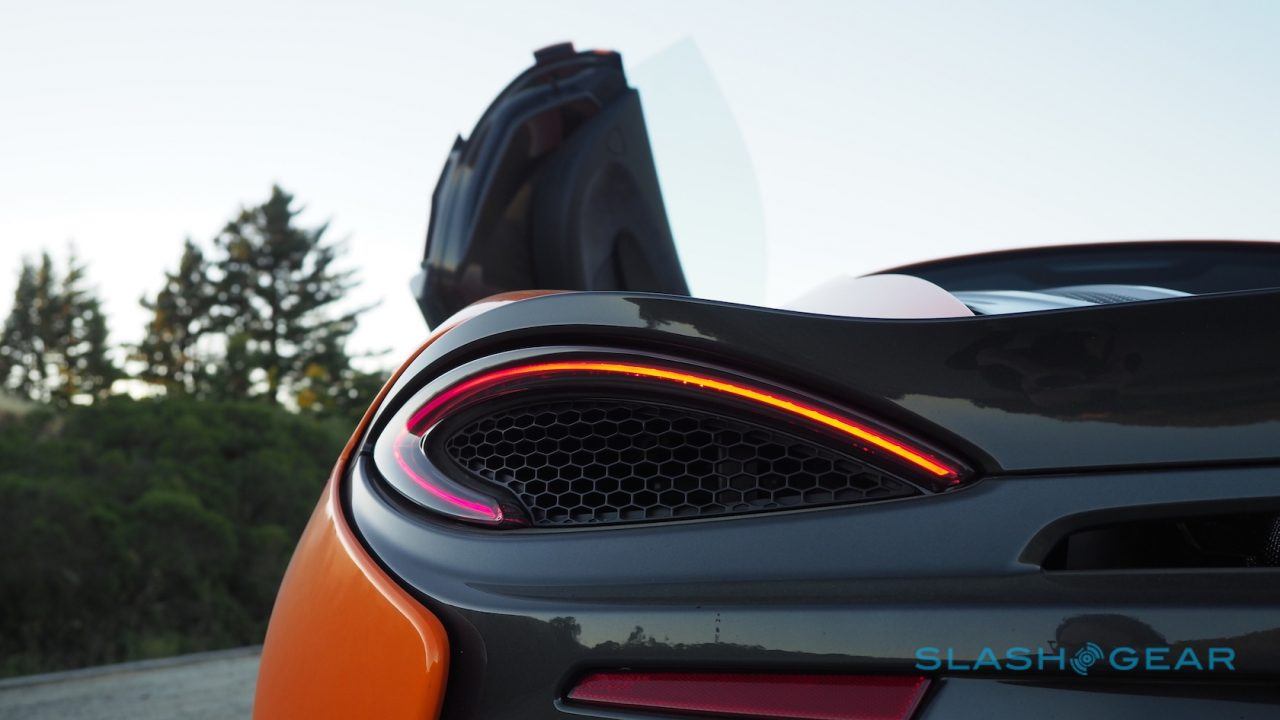 Compared to the 650S, there’s more rawness to the driving experience when pushed. That’s predominantly down to the 570S’ more conventional suspension. Where the more expensive car has McLaren’s own Proactive Chassis Control, almost supernatural in its grace over almost any road surface, the Sport Series uses individual adaptive dampers for each wheel along with front and rear anti-roll bars.

It’s a less cosseting setup, true – you definitely feel potholes and poorly maintained asphalt in a way the 650S disguises – but it’s also more playful and engaging. Sure, you can’t bury your foot and expect the McLaren magic to transport you around corners like a rollercoaster, but being forced to consider the road conditions helped ground me in a way that the 650S didn’t demand. Sometimes, in the more expensive car, I felt a little like I was just along for the ride as the various systems did their thing. Clever? Certainly, but there’s something enjoyable about the communication between road and driver that the 570S delivers. 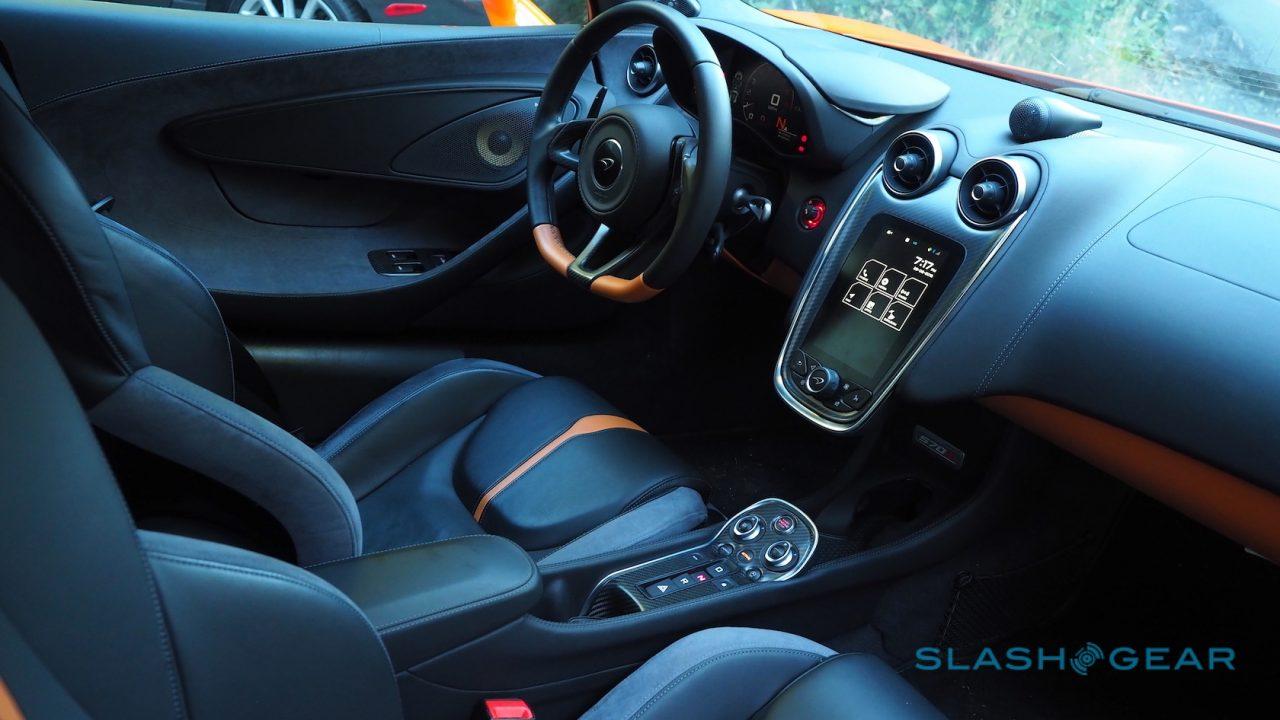 If there’s a flaw in McLaren’s ointment, it’s that the same communication doesn’t necessarily continue into the infotainment system. IRIS, as it’s dubbed, is another homegrown system, but unlike the mechanical prowess shown by the 570S’ chassis and suspension, the 7-inch portrait-aspect touchscreen can be frustrating. The navigation is sluggish, while the menus are bemusing in their complexity; at one point the whole system just crashed completely, and stayed that way until I shut the car down and restarted it. 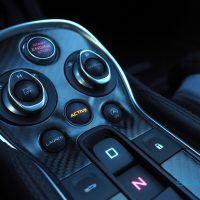 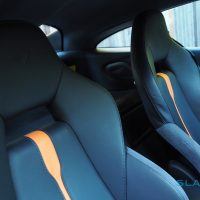 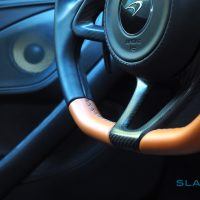 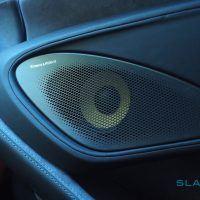 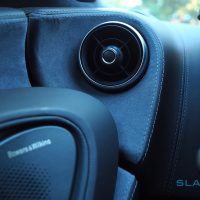 Bugs in McLaren cars don’t come as much of a surprise, though the rest of the cabin does much better. The bright, full-color display for the driver is well laid out and communicative, its graphics shifting according to which drive modes you have the powertrain and handling in. The steering wheel is slim and contoured, easily gripped, and McLaren simply nails the key ergonomics. The bespoke switchgear is beguilingly tactile. I only wish it was easier to trigger the front suspension lift for navigating trickier curbs, since right now you spend far too much time jabbing frantically at the stalk. 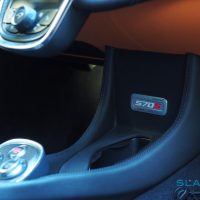 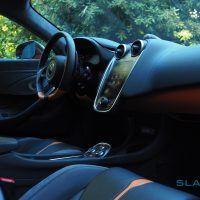 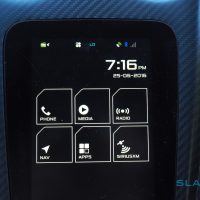 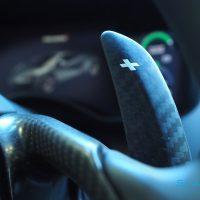 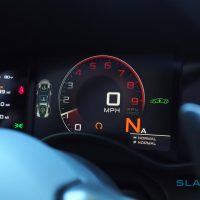 Do you care about economy? McLaren says you’ll see 16 mpg in the city, 23 on the highway, and 19 combined. I drove with nary a thought given to frugality and got 13.4 mpg. It’s hard to imagine anybody buying it will care much either. 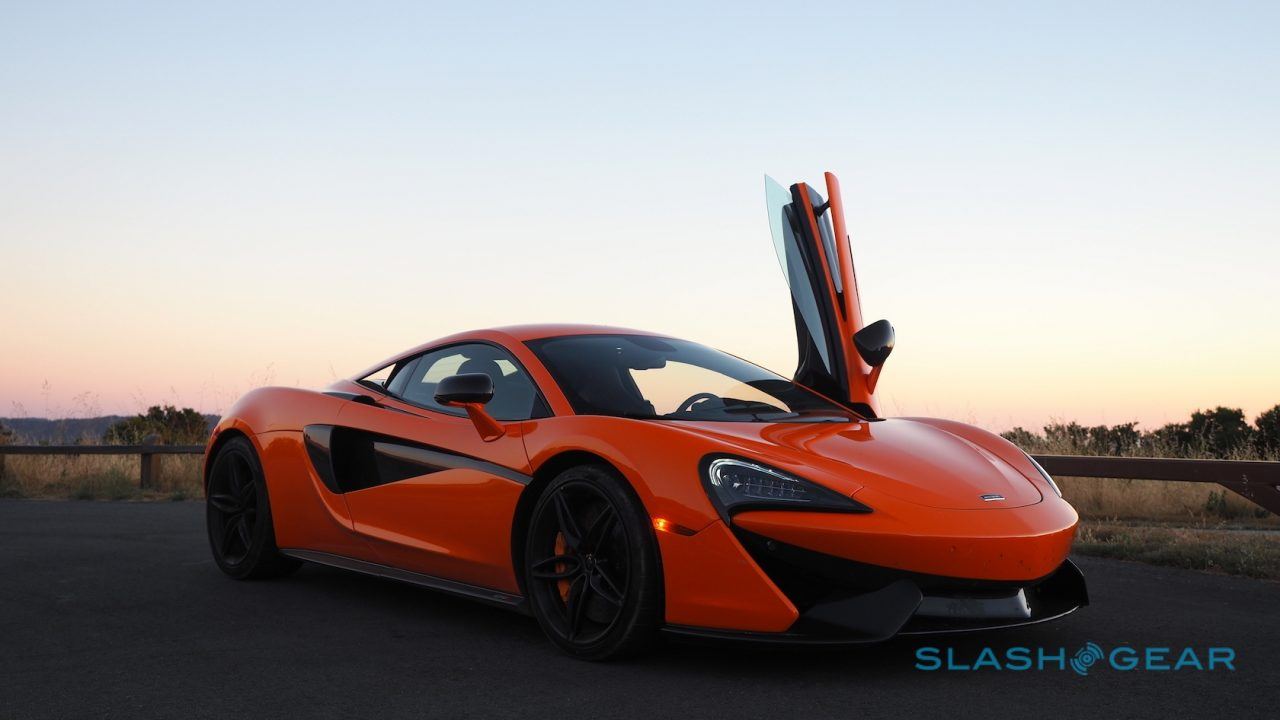 Honestly, though, I’d have the 570S over a 911 Turbo S, or an R8, or the achingly-clever NSX. All are handsome and potent, but the combination of nimbleness and shrieking power, plus the sharp design and conversation-starting nameplate give it a winning charm that I would gladly see on my driveway. Sadly my wallet isn’t deep enough for that, but it is all enough to make the McLaren 570S my favorite car of 2016.