Yes, there’s a notch in this display. Yes, OnePlus admitted they were inspired by the iPhone X. Beyond that, it’s a pretty sweet piece of work. OnePlus 6’s display is 6.3-inches big – that’s bigger than Galaxy S9+’s 6.2 and the G7’s 6.1 – and bigger than the iPhone X’s 5.8-inch display.

If you’re not worried about going beyond 1080p, the OnePlus 6 should make you happy. Of the devices listed above, the OnePlus 6 is the only one to keep the resolution of their display down to the most basic: 1080 x 2280.

Unfortunate for those looking for higher display pixel density, the OnePlus 6 also sports the largest display of the bunch, which means it has the lowest pixels-per-inch by a significant amount.

8. Glass or Aluminum Back

Three different versions of the OnePlus 6 will be made available – Midnight Black (matte, similar to previous years), Mirror Black (with glass on the back), and Silk White (with a “dash of crushed pearl” to create a “shimmering effect.” There are different colors available for the rest of the phones out on the market today, but none offer the 3x different sorts of material that are offered by OnePlus for the 6. 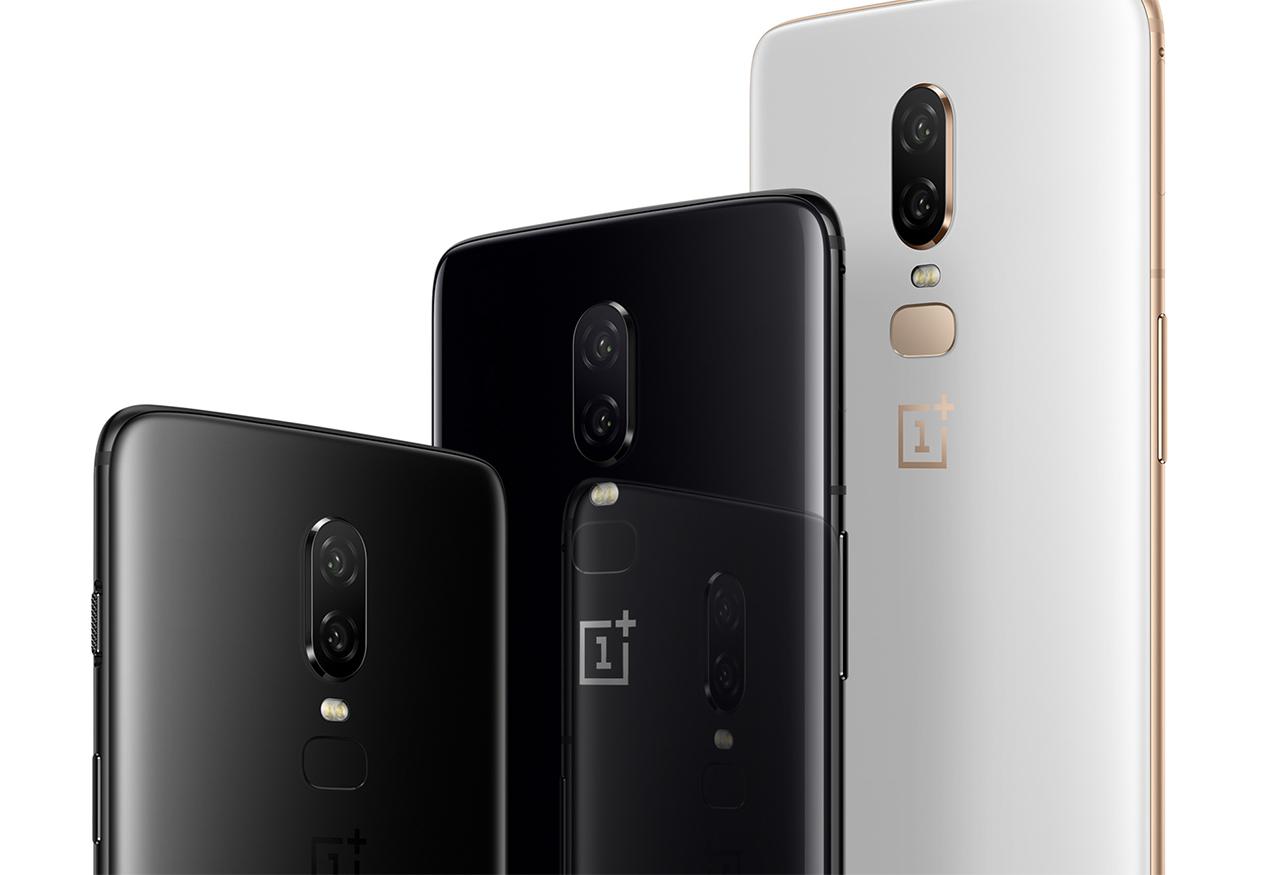 In the past, Water Resistance would’ve been something that would’ve been a big deal for any smartphone. Now it’s sort of expected. The LG G7 has IP68 certification as well as MIL-STD-810 certification. The iPhone X has IP67 and the Galaxy S9+ has IP68. 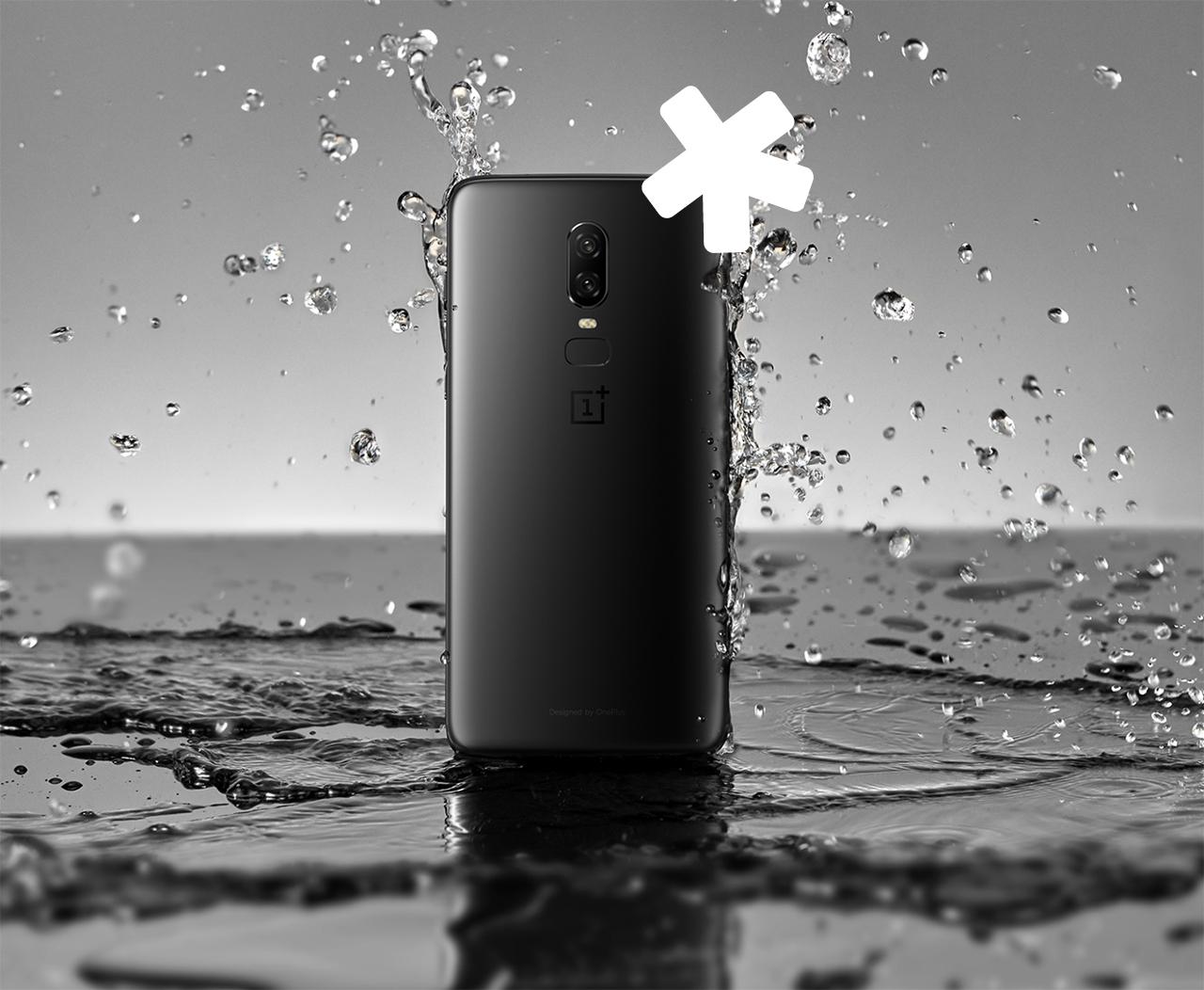 OnePlus 6 boasts “water resistant” and “guard against rain” and “ready for rain.” They go on to mention “Water resistant under certain conditions. OnePlus does not recommend excessive submersion.” So it’s not quite IP certified to any specific degree.

I’m not going to compare the iPhone X’s processing power to the rest of these devices because they’re running different operating systems and such comparisons are sorta bonkers. The rest of the devices all have the exact same processor. They all have the Qualcomm Snapdragon 845 SDM845 with Octa-core Kryo 385 CPU, all clocked the same, all with the same GPU.

The difference between these devices in the processing department is in the amount of RAM they roll with. LG’s device has 4GB RAM, Galaxy S9+ has 6GB RAM, and the OnePlus 6 has either 6GB or 8GB of RAM. We’ll see how they all fair in benchmarks soon enough.

That said, OnePlus suggests they’ve made some optimizations that make their device feel faster. They suggest they’re no longer loading any graphics not literally on the display – which should make quick browsing… interesting.

The OnePlus 6 works with Android 8.1 Oreo and Oxygen OS. That means it’ll have most or all of the abilities other Oreo devices have, with the addition of the OnePlus OS software experience over the top. Samsung has their own software in play too – so does LG. Apple’s device runs iOS 11. 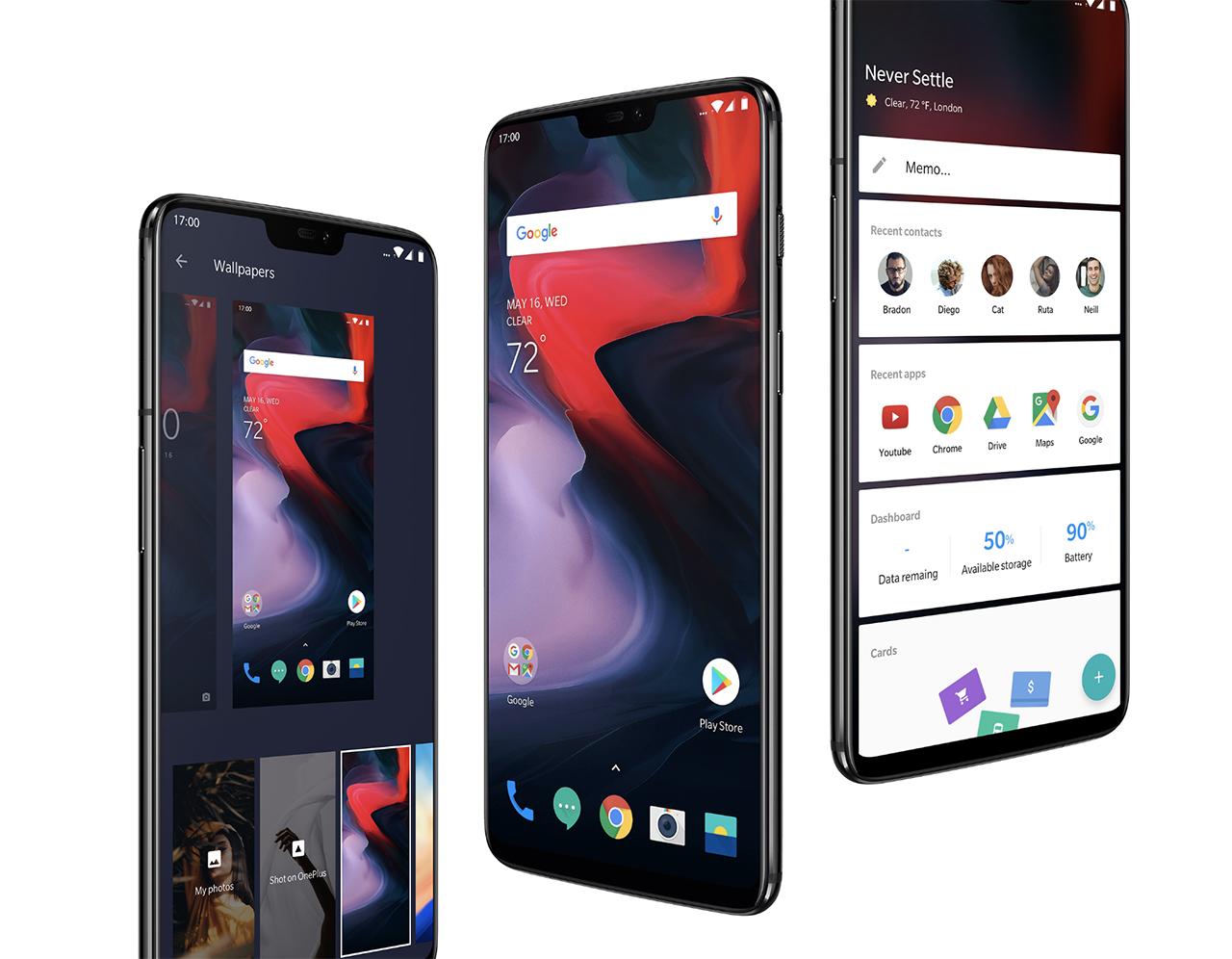 It’s truly a matter of preference – and you’ll more than likely need to head in to Best Buy to see all of these devices all at once. No mobile carrier will carry the whole bunch.

It’s getting more and more difficult to tell the difference between smartphone cameras here in 2018. If you’ve used the Google Pixel 2 and move back to a different device, you’ll notice the difference. Once we get the OnePlus 6 in for review, we’ll see whether their 16MP + 20MP dual camera setup makes it a warrior in this fight. 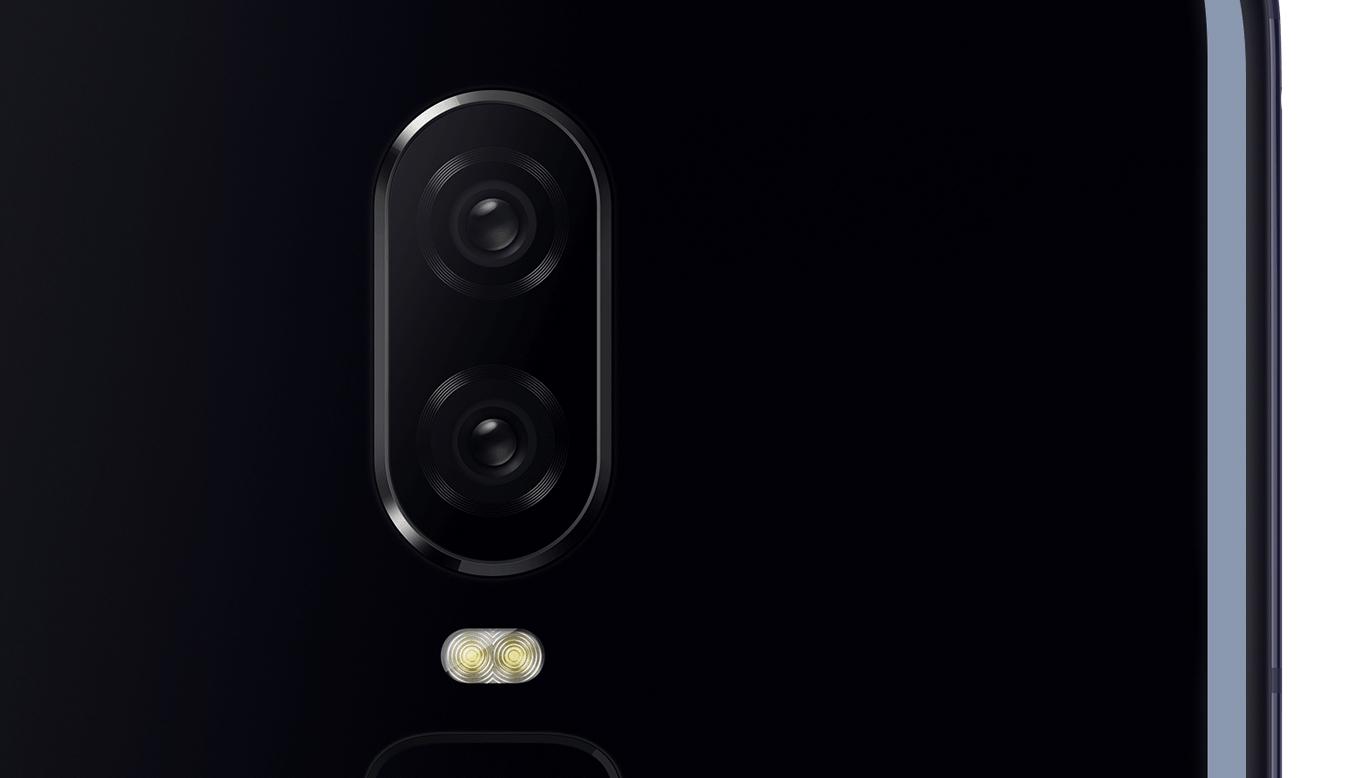 The OnePlus 6 works with the Sony Exmor IMX519 image sensor. The only other device to work with that sensor thus far is the Oppo R15 Pro. That’s the sensor in the 16MP camera. DIDN’T SEE THAT COMING!

The 20MP camera has an IMX376K image sensor. That’s an ever-so-slightly different version of the 376 that was on the OnePlus 5T.

The price of the OnePlus 6 is significantly lower than those offered by the competition. Apple’s iPhone X pricing starts at $1000. The Galaxy S9+ pricing starts at $840 USD. LG G7 ThinQ wasn’t priced at the time this article went live, but its predecessor cost around $650 at around launch time.

If you’re unaware of the many controversial events that’ve befallen OnePlus over the past couple of years, I invite you to drop on down the rabbit hole. Head over to our OnePlus tag portal to see what’s up.