It’s clearly a week for crowdfunding unusual printers, with multi-million raising home 3D printer The Micro followed by Zuta Labs Mini Mobile Robotic Printer, a shuffling printing puck small enough for your bag. Aiming for $400,000 on Kickstarter, the Zuta Labs printer is an apostrophe-shaped gadget that, rather than move a sheet of paper through it, physically roams across the page laying down ink as it goes.

To achieve that, there are multidirectional wheels underneath and a Bluetooth link to a phone, tablet, or laptop. MicroUSB is used to charge up the Li-Poly battery, with total runtime on a full charge being around an hour. 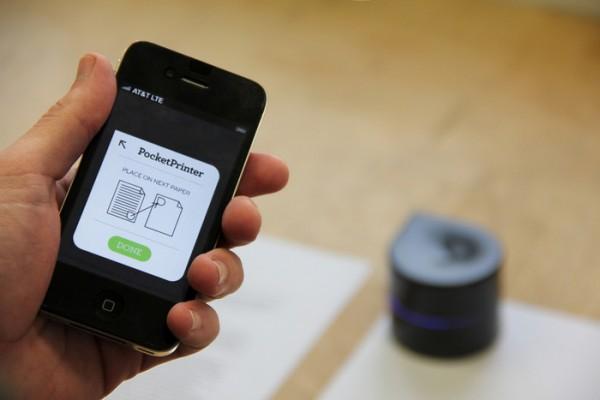 During those sixty minutes, the Zuta printer scurries around leaving a greyscale trail behind it. The initial version won’t do color – the ink cartridge slots in underneath, behind a hatch on the polycarbonate shell which, when pulled open, also powers the printer on – and has an estimated print speed of 1.2ppm and capacity for an estimated 1,000 pages.

Also absent from the initial generation are stabilizing sensors. Zuta Labs’ argument is that the shape of the printer makes it easy to line up at the right point on the page: simply ensure that the sharp edge is pointed at the upper left corner.

Still, getting text and graphics that are straight not wonky is going to demand a flat, predictable surface, and no small amount of accuracy from the robotic printer itself. As a result, it’ll move relatively slowly, producing an A4 page (roughly the same size as US letter) in approximately 40 seconds. 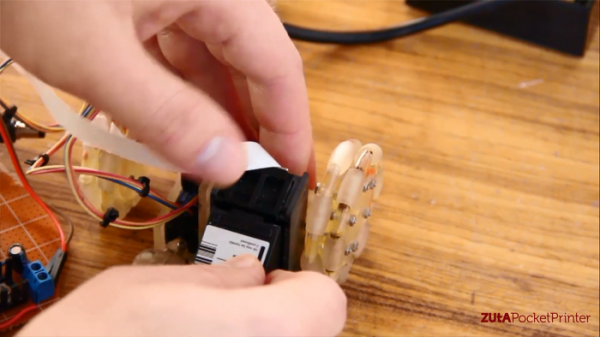 “Paperless” may have been the goal for many at one point, but actually achieving that has proved far tougher, and needing to give people physical copies of documents is still commonplace. Whether Zuta Labs can help with that remains to be seen: the company has 29 days to raise $400k, and assuming all goes to plan expects to ship from January 2015. $180 gets you on a tier with a unit as reward. 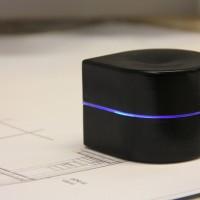 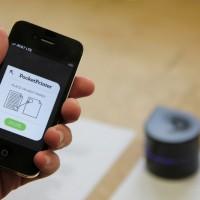 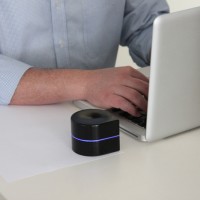 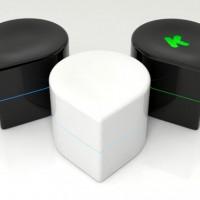 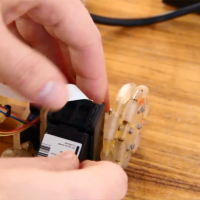