Your next iPad may have just leaked

The year 2021 will not likely deliver a new set of iPad hardware designs from… most perspectives. That’s according to the latest set of leaks for the devices, from the new iPad Mini to the largest of the large iPad Pro units. What we’re looking at today is a set of three, one iPad Mini and two iPad Pro units, all looking like they’ll be the basic size and shape of their real-deal final design releases from Apple.

The images we’re seeing today come from Sonny Dickson, a notorious leaker of designs and information on future Apple devices. His Tweet on the matter shows the fronts and backs of the units. The smallest of the three is what appears to be the newest iPad Mini. This smallest unit looks a LOT like its predecessor, complete with centered front-facing camera, bottom-center Touch ID fingerprint scanner and home button, and semi-rounded edges on all sides.

The iPad Mini looks like it’ll keep the most basic of camera setups on both front and back, as well as a headphone jack at its top. There’ll also be a power button at the top, opposite the headphone jack. The bottom of the device looks to have a single power/data port and likely speaker grilles. 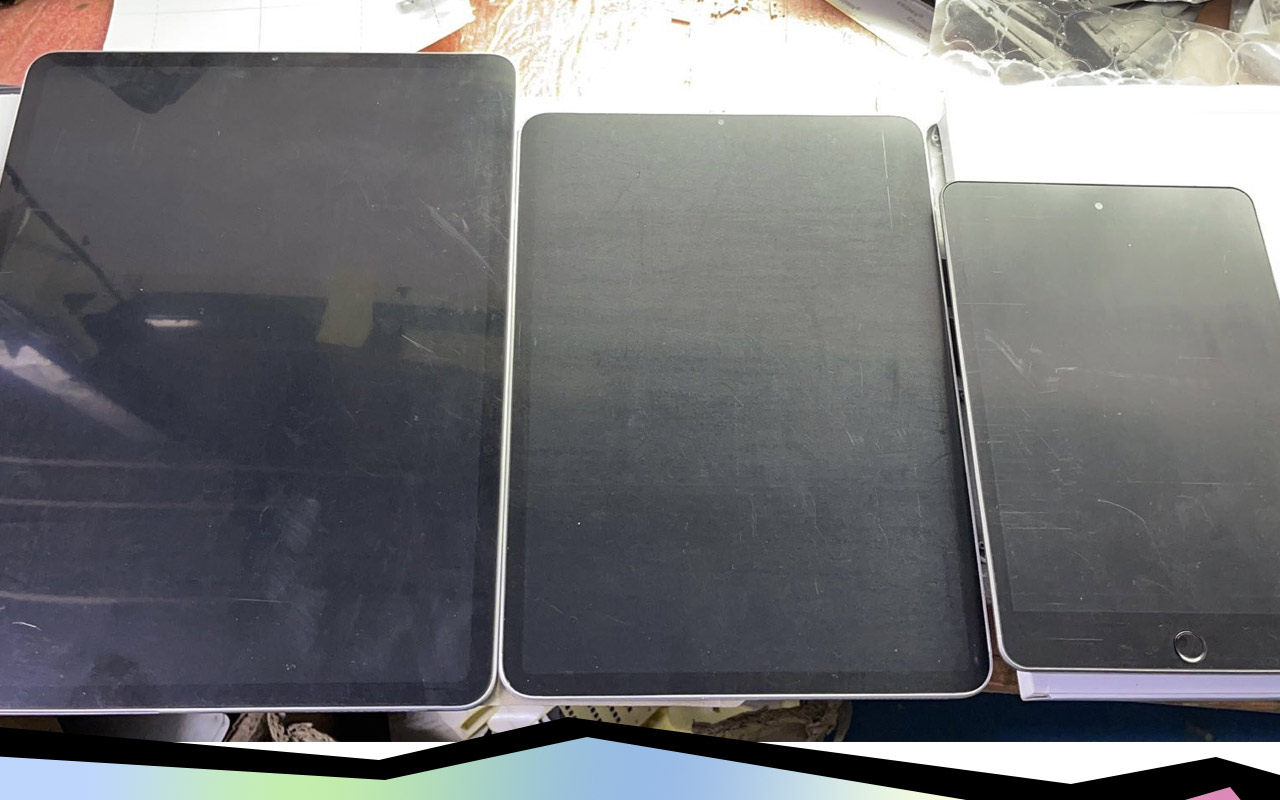 The next-largest device in the lineup is most likely one of two new iPad Pro units. This unit has three pogo-pin dots at its back, centered under the iPad logo. The larger of the two dummy units does not make way for said pogo-pins.

While both devices more than likely have the same camera setup, the two larger iPad devices here have ever-so-slightly different arrangements of lenses. It’s almost as if the smaller iPad Pro dummy has a larger square, with more space between the two left-side cameras (the main units) and the third – LiDAR. The rest of the elements seem to be in-alignment, in any case.

It would seem a safe bet that the newest set of iPad Pro models for the year 2021 will continue to roll with the same industrial design as their predecessors, with flat edges, minimal bezels around their displays, and front-facing cameras at their center-top.

If what we’ve reported before remains true, it would seem that an early April event held by Apple will reveal these new devices. The first part of that prediction was nullified – “late March or early April” – but the likely release date for mid-April 2021 remains. Cross your fingers we’ll get everything we suspect plus more!