You got a new phone for Christmas: What to do with your old phone

If Santa left a new iPhone or Android smartphone under the tree, what do you do with your old smartphone? It’s a perennial question each holiday season, but the answer doesn’t have to be “sell it” or “dump it in a drawer”. Instead, there are plenty of useful things a smartphone can be turned into, even if it doesn’t have an active phone line connected. Read on for some of our favorites.

Turn a phone into a universal remote

Rather than a stack of individual remote controls on the coffee table in the living room, how about a single, touchscreen interface for all your AV kit? You could pick up a fancy off-the-shelf one, such as Logitech’s Harmony, but an old smartphone can be reborn as a universal remote fairly easily. Up until recently, many Android phones had a built-in IR blaster: the HTC One M9, for instance, was a popular choice for this, and HTC even preloaded it with a remote app, while the Samsung Galaxy S6 had an IR blaster too. 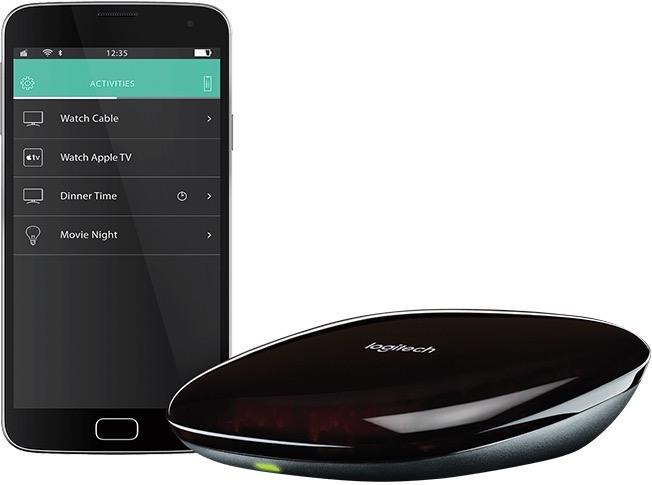 AnyMote Universal Remote will work with those phones and control various TVs, stereo systems, and more from one interface. The downside to free apps is that usually they’re ad-supported, and you might not want that cluttering up your display (or confusing other family members) when you just want to start a movie. On Android, Smart IR Remote is paid but ad-free, and very well reviewed. We’ve got a full guide of which phones have IR blasters natively here.

If your phone doesn’t have an IR blaster – if you’re an iPhone user, for example – then you’ll need to add some hardware. Yes, that’ll cost you, but it’s usually cheaper than buying a whole new dedicated universal remote. Logitech’s Harmony Hub is a well-reviewed $99.99 example, compatible with iOS and Android phones and tablets, while the Pronto Smart is even cheaper at under forty dollars and works with the Peel remote app.

Turn a phone into a security camera

Connected video cameras are one of the first upgrades many turn to when getting started with their smart home, but you don’t need to cough up for a Nest Cam if you have a spare smartphone lying around. An Android device can be turned into a surprisingly capable security camera with popular app Perch. It’s still in beta but offers a variety of features like motion alerts, the ability to switch between front and rear cameras, custom trigger zones, and IoT integration so a motion alert could automatically turn on your connected lights.

On iOS, Manythings offers a similar feature-set, with IFTTT integration and optional cloud recording. You can also use Facebook Live to broadcast video automatically. It’s free for live video and motion alerts from a single camera, with paid plans for cloud recording and multiple camera support.

Turn a phone into a baby monitor

If you’ve ever been responsible for looking after a child, then you’ll probably know the stomach-knotting fear involved in walking out the room and hoping that they sleep. Baby monitors tap into that parental paranoia, but you don’t need to cough up for dedicated hardware. An old smartphone can easily be repurposed as a baby monitor.

While you could just call it and keep the line open, it’s much easier to use one of the various apps out there which offer a much more streamlined job. There are free and paid options, but all offer the same core functionality. The paid apps merely throw some nice-to-have but hardly essential glitter on top.

At the very least, you can expect noise-triggered notifications, pinging you remotely if the baby cries, and the ability to listen live to what’s going on in the room. Video calls, using the phone’s camera, are also popular features. Most – though not all – apps will allow you to do it all over WiFi, so you won’t need an extra phone line for them to work.

On the free side, for Android there’s Baby Monitor which can start a Skype call if you want to listen in. On the paid side, well-reviewed Dormi for Android offers a paid plan with automatic management and the ability to link multiple parent devices to one child device, while Baby Monitor & Alarm allows you to record a parent singing a lullaby and have that auto-play when triggered. For iOS, the free apps aren’t generally well-received, but $3.99 Cloud Baby Monitor gets strong reviews and works across iPhone, Apple TV, and Apple Watch.

The obvious ones: sell it, trade it, give it away…

If the DIY life isn’t for you, then there’s always the option to make some cash – or make somebody’s day. Selling an old phone on eBay or Craigslist is, if you can avoid the scam buyers, the typical way to do it, but there are a variety of other services that promise convenience even if they don’t offer the very best price. Gazelle and Amazon offer it, but so does Apple – if you have an iOS device – and the big carriers like Verizon.

You’ll usually get a better deal if you’re also buying a new phone at the same time, though it’s always worth doing the math first. It’ll have to be in reasonable condition, usually, too: that generally means no smashed display and a device which will turn on. If yours is too battered for that, the CTA has a list of recycling options based on your ZIP code.