This week we’re getting our first “real” taste of the Google X project known as Project Glass, and with this preview comes a very Alpha look at how augmented reality might look coming from Google. In my lifetime, I’ve seen several iterations of what was just simply called Virtual Reality, this starting at Tron’s long run and the pre-eminent “computer world” vision, stopping somewhere along the line for Nintendo’s Virtual Boy, and ending up here with Google’s glasses and transparent projection project. What the whole tech world should be asking at this point is this: why limit ourselves by leaving the house?

Google has provided us here with a taste of what they very well could be delivering inside the next few years – an interface that you do not have to pick up a device to interact with. I’ve seen glasses that make the display technology possible – have a look at the post from CES 2012 where I had a look at the Lumus DK-32 wearable display glasses – but why should we want this technology? 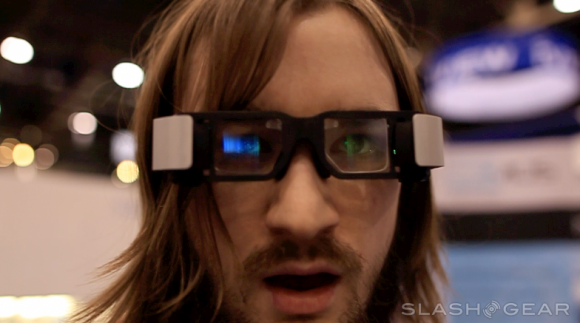 There’s something about the video and the abilities the video shown today demonstrates that’s made everyone today (including myself) say “shut up and take my money!” as we modern consumers are prone to do. But what is it about not having to actually touch the device with our hands that makes it so appealing? Perhaps the fact that our bodies and minds aren’t quite ready to experience such a device?

When Google releases this product, I contend that much like our modern-day headphones and in-ear bluetooth headsets, Project Glass will become only something people wear on the bus or in their home office.

I don’t want a camera on my head, and I certainly don’t want to have to mess with a second pair of glasses (or even a clip-on) after the everyday glasses I already wear.