Amazon is adding a new project to its Build It crowdfunding system, with a set of Echo Dot x Diane von Furstenberg smart speakers customized by the famous designer. Launched earlier this year, Amazon Build It is an opportunity for the retailer to test the water for more unusual products, gauging consumer demand before giving them the green light for actual production.

Build It launched with a Smart Sticky Note Printer – a thermal printer which could produce notes for shopping lists, reminders, and puzzles – along with a Smart Nutrition Scale. A Smart Cuckoo Clock was the more oddball idea of the trio, combining Alexa support with a mechanical pop-out bird.

Now, Amazon is adding another project to the roster. The Echo Dot collaboration with Diane von Furstenberg is in fact three different versions of the smart speaker, each with a customized mesh. Each is priced at $59.99, with pre-orders open from today. 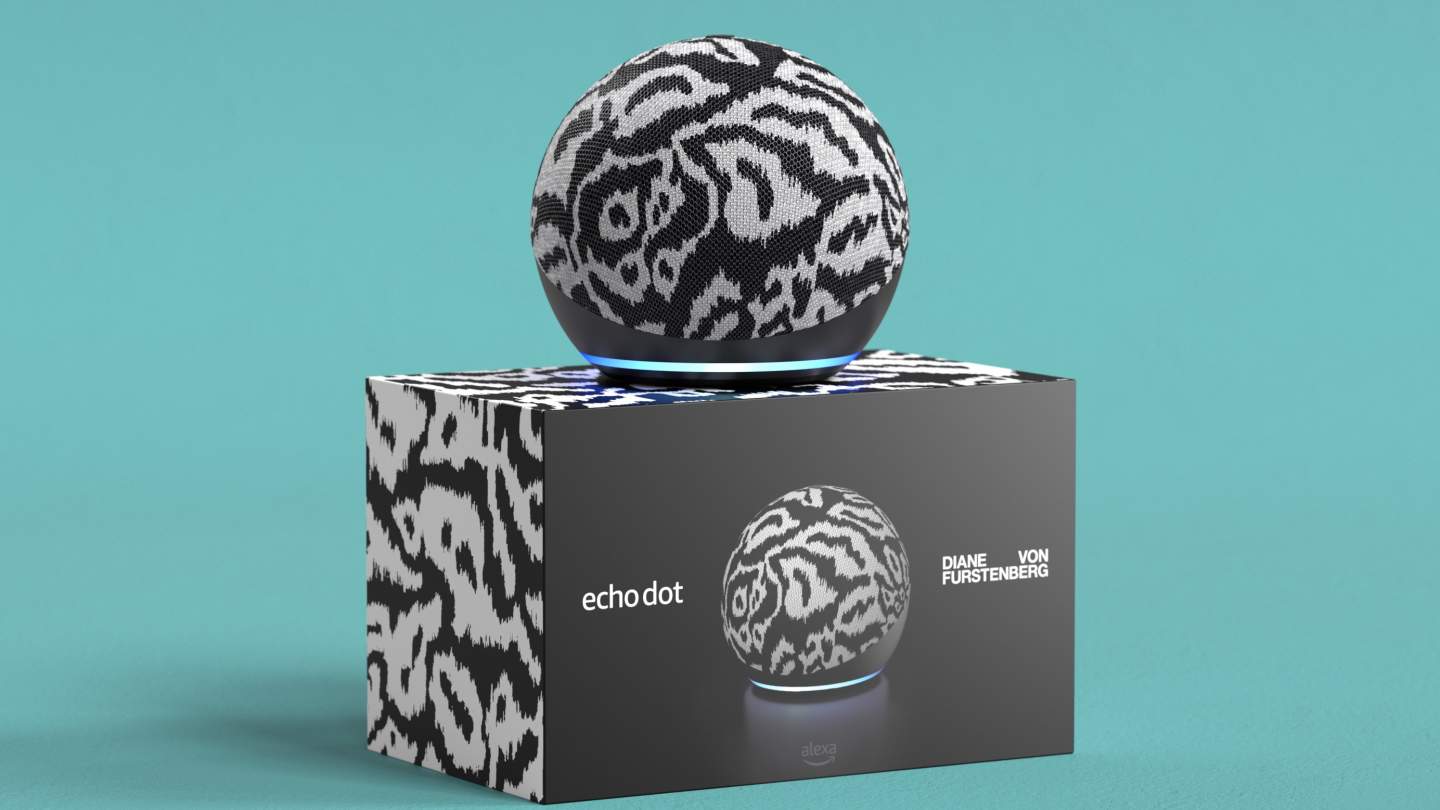 Just how many people actually pre-order between now and August 13, however, will decide whether any of the designs actually get made. If a Build It concept reaches its pre-order goal within 30 days, then Amazon will actually manufacture it. If it doesn’t meet the goal, however, the project is shelved.

We saw that happen with Amazon’s three Build It launch projects, only one of which made it to the pre-order threshold. The Smart Sticky Note Printer will be built, with Amazon saying it expects the device to launch sometime between July and September of this year. The Smart Nutrition Scale and Smart Cuckoo Clock, however, didn’t reach their targets. 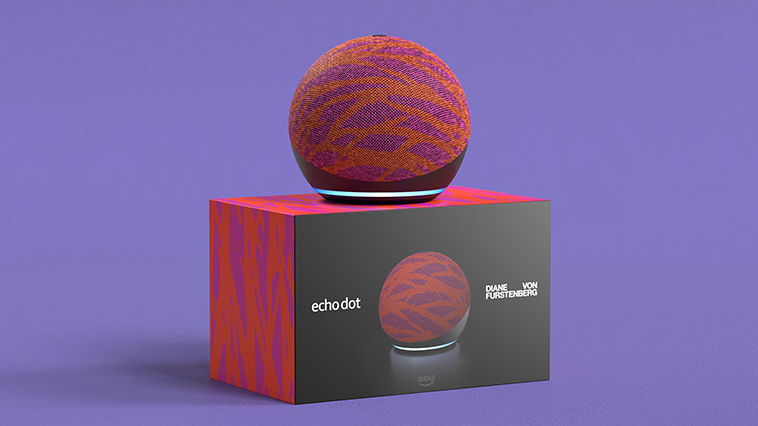 Functionally, the Diane von Furstenberg Echo Dot models are the same as the regular Echo Dot, which Amazon launched late in 2020. It’s the latest, 4th generation version of the more affordable smart speaker, a ball-shaped gadget with an illuminated ring around its base. Normally, it’s priced at $49.99, ten dollars less than the designer version. 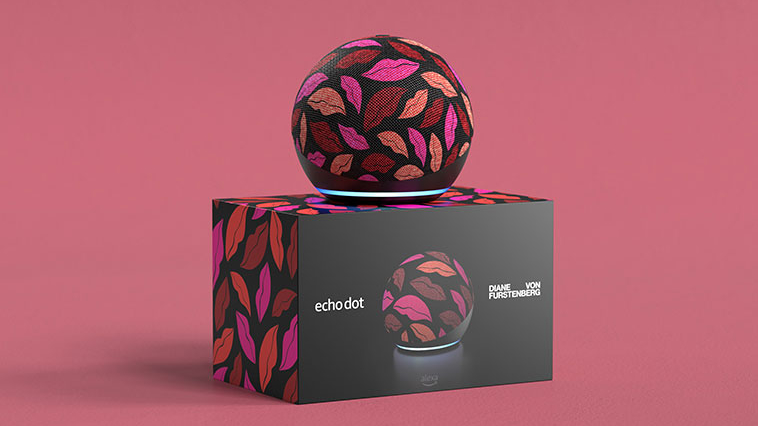 All three versions of the customized Echo Dot have Diane von Furstenberg’s typically bold patterns. Dubbed “Midnight Kiss,” “Ikat,” and “Twigs,” if they reach their individual goals then Amazon expects deliveries sometime between December 2021 and March 2022. Pre-order buyers will only be charged if production gets the go-ahead, and after that point the price will increase to $69.99.

Amazon says it’ll be donating an unspecified amount from each sale to Vital Voices, a charity supported by Diane von Furstenberg.