Alexa is getting a fresh wardrobe for 2020, and the new Echo Dot (4th Gen) is going spherical just like its bigger Echo sibling. As always, the pitch is fairly straightforward: at $49.99, the Echo Dot is a more affordable way to add Alexa to a new room, while the $59.99 Echo Dot with Clock clamors for a spot on your nightstand. Unlike with the 4th Gen Echo, however, the advantages aren’t quite so clear-cut.

Amazon’s bubble of plastic and recycled fabric stands roughly 3.5-inches high, with a flattened base around which the animated “Alexa is listening or thinking” ring runs. It’s available in black, white, or blue, while the version with a clock only comes in white or blue. Volume buttons, a microphone mute button, and a button to trigger Alexa manually are on the top of each; the mute button glows red when activated, as does the light ring around the base. 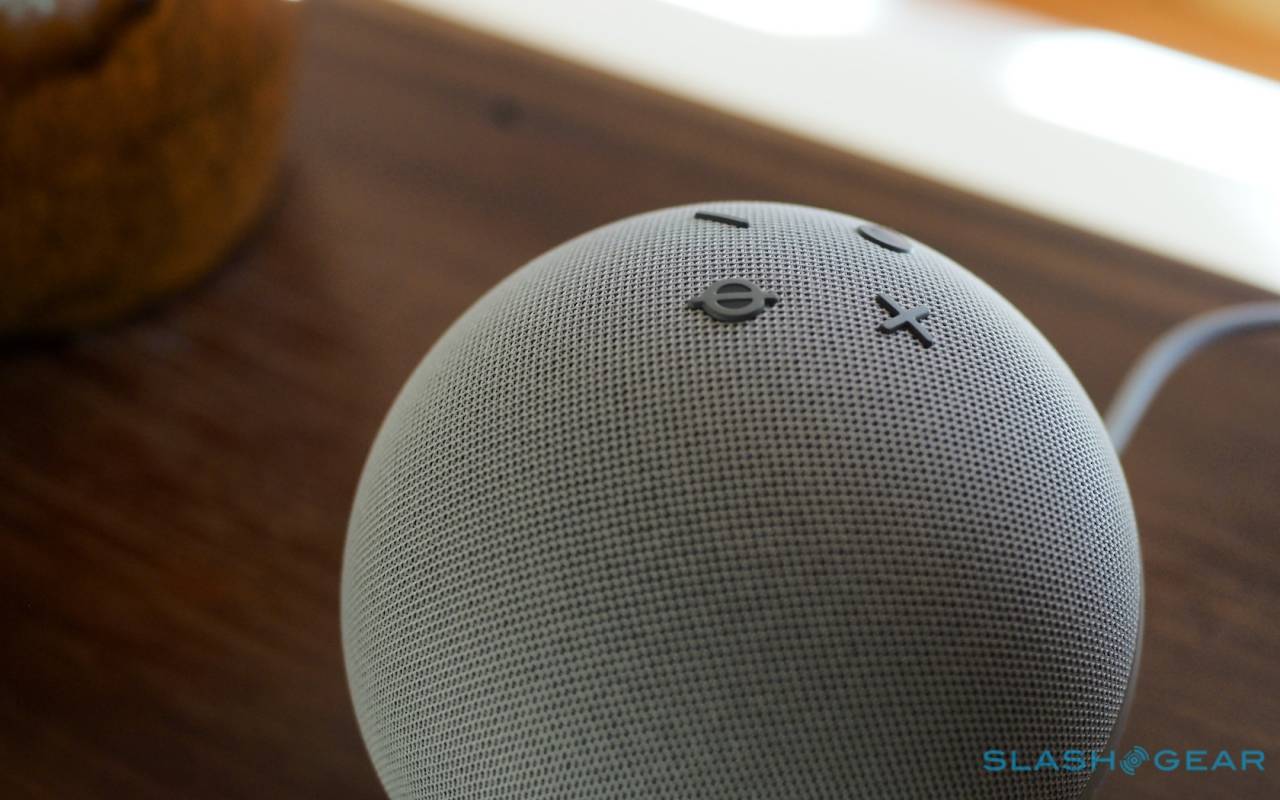 On the back there’s a 3.5mm line-out socket for plugging in external speakers; unlike with the 4th Gen Echo, that doesn’t work as a line-in, though you do still get Bluetooth to use the Echo Dot as a slightly larger speaker for your phone. Unlike the 4th Gen Echo there’s no speaker mount hole on the bottom, either. 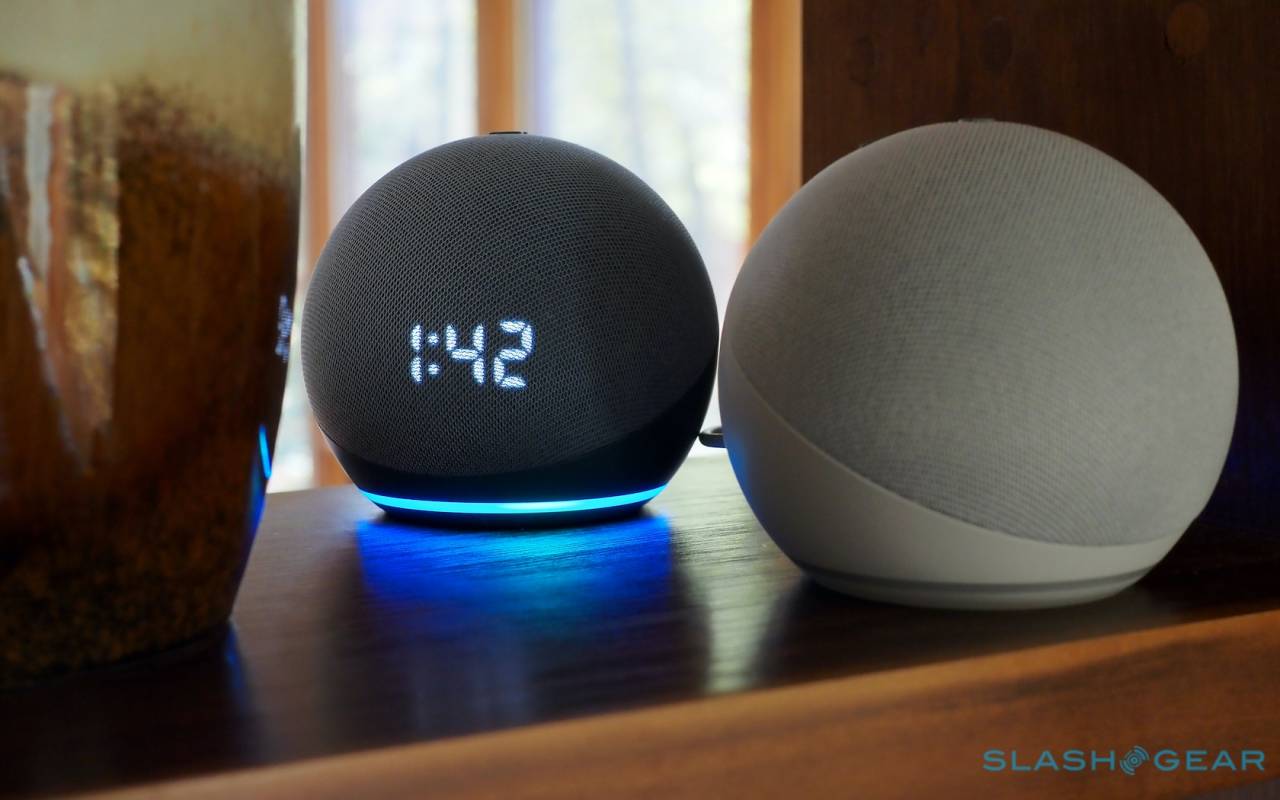 The new design is definitely more eye-catching, and fits nicely with the larger 4th Gen Echo, but I’m not sure it’s as flexible as its predecessor. Puck-shaped Echo Dots could be discreetly nestled onto shelves, or tucked onto nightstands, or even – with the many third-party mounts that sprang up – positioned on walls, ceilings, or against outlets. If their design was nondescript, well that was intentional: they were a conduit to Alexa, not an embodiment of Amazon’s AI. 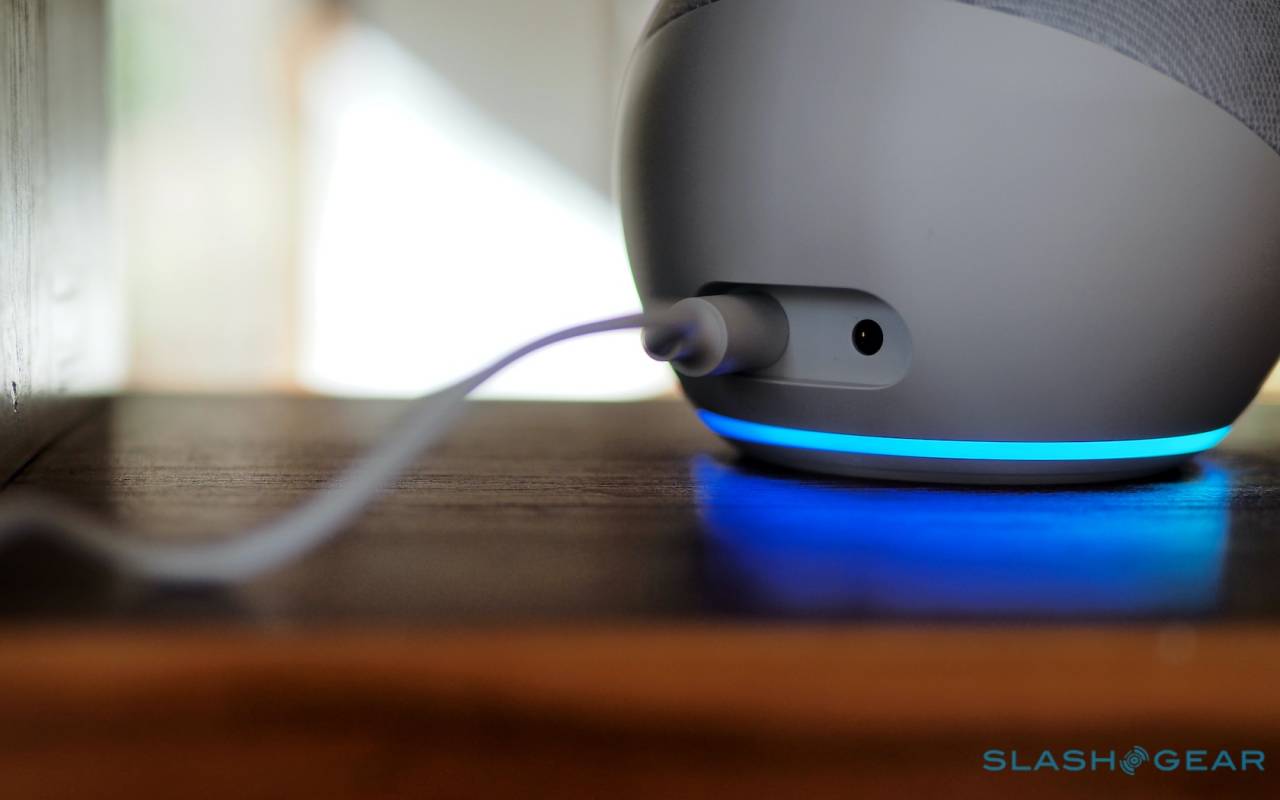 The 4th Gen Echo Dot, in contrast, feels like it wants to be noticed. My willingness to accommodate that goal all hinges on how much it brings to the table (or the bookshelf). If, like the full-size Echo, it delivers not just Alexa but a big improvement in music quality, then I’m more open to the hardware taking center-stage.

In reality, there’s only so much you can do with the diminutive form-factor. The 1.6-inch driver inside is the same as before, and – unlike the new, larger Echo – Amazon isn’t doing any auto-tuning based on the acoustic profile of the room, either. To my ears it sounds brighter than its Echo Dot predecessors, and more forward, which I suspect is because the new shape allows the driver to fire more effectively into the room. 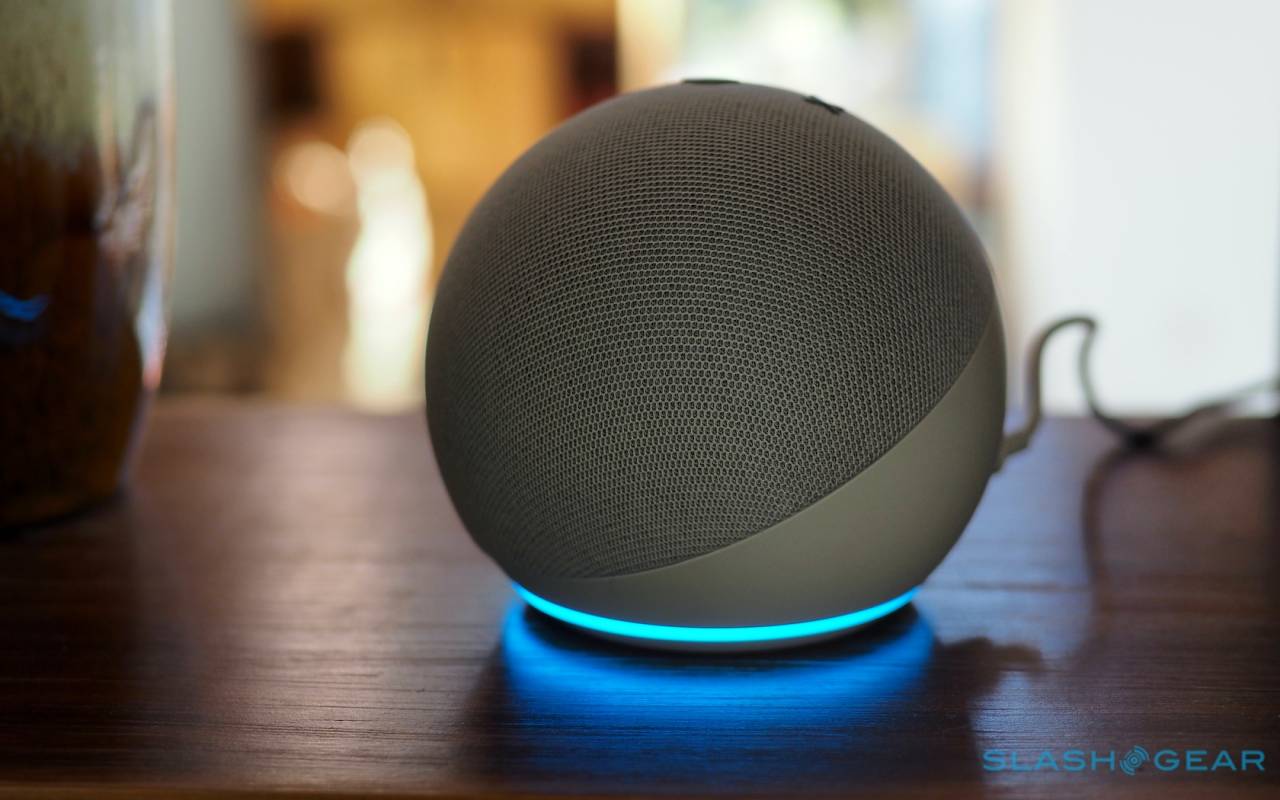 If musical performance is your aim, though, you should still budget for a larger Echo. Or, you can wirelessly pair two Echo Dots for stereo, but there’s still only so much bass and high-end that they can pump out. Think volume, if not an uptick in quality.

As with the old models, the advantage is in Amazon’s microphone technology and its experience processing voice commands. Like the new Echo, the new Echo Dot gets the AZ1 Neural Edge processor for speedier responses, though even when the homegrown chipset it activated the smaller speaker won’t be able to do on-device audio processing. Still, Amazon says there’ll be some improvement on latency. 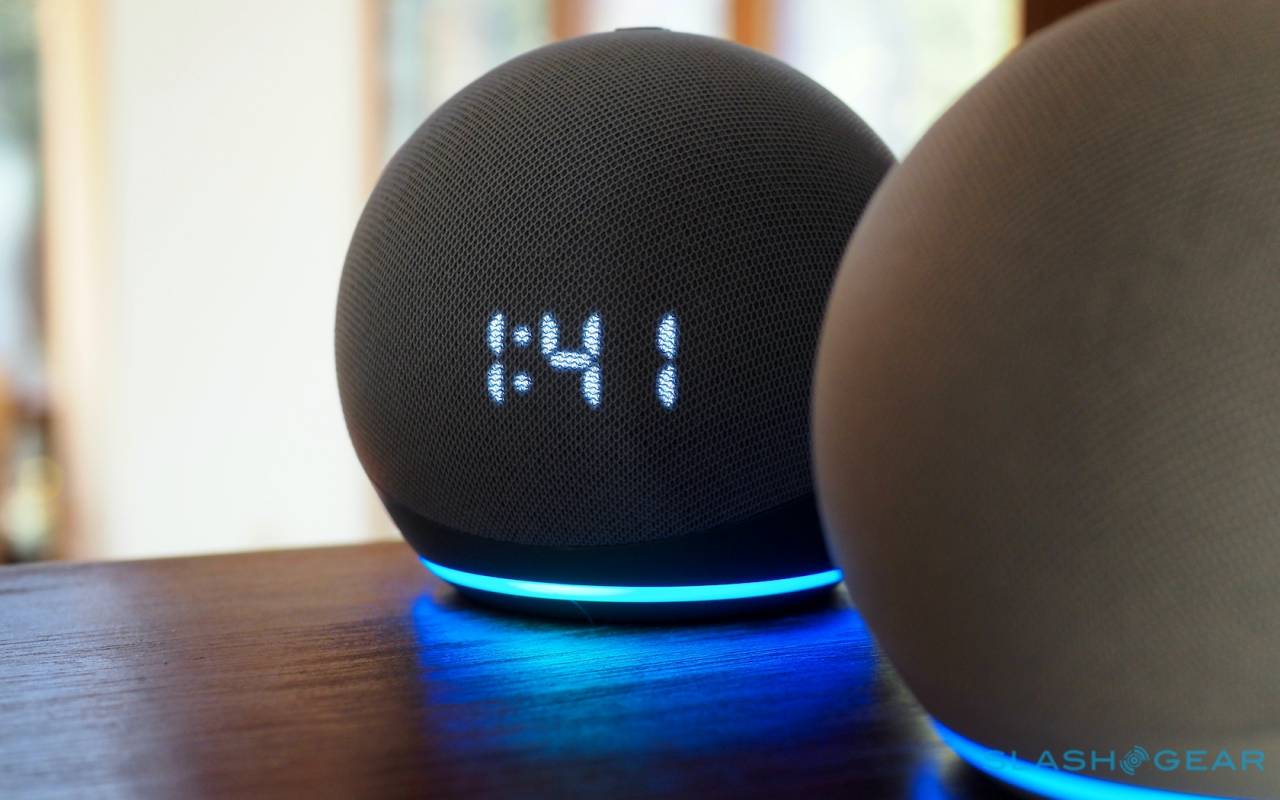 Even without that, Alexa’s consistent ability to hear me over background music, the various sounds of cooking in the kitchen, or general conversation edges it ahead of smart speaker rivals. The built-in display on the Echo Dot with Clock, meanwhile, makes interactions even more straightforward. While obviously not as comprehensive as the screen on an Echo Show smart display, being able to see the time, a numerical representation of volume, and any current timers is worth the extra $10. As with the other new Echo models, you can snooze an alarm by tapping the top of the speaker. 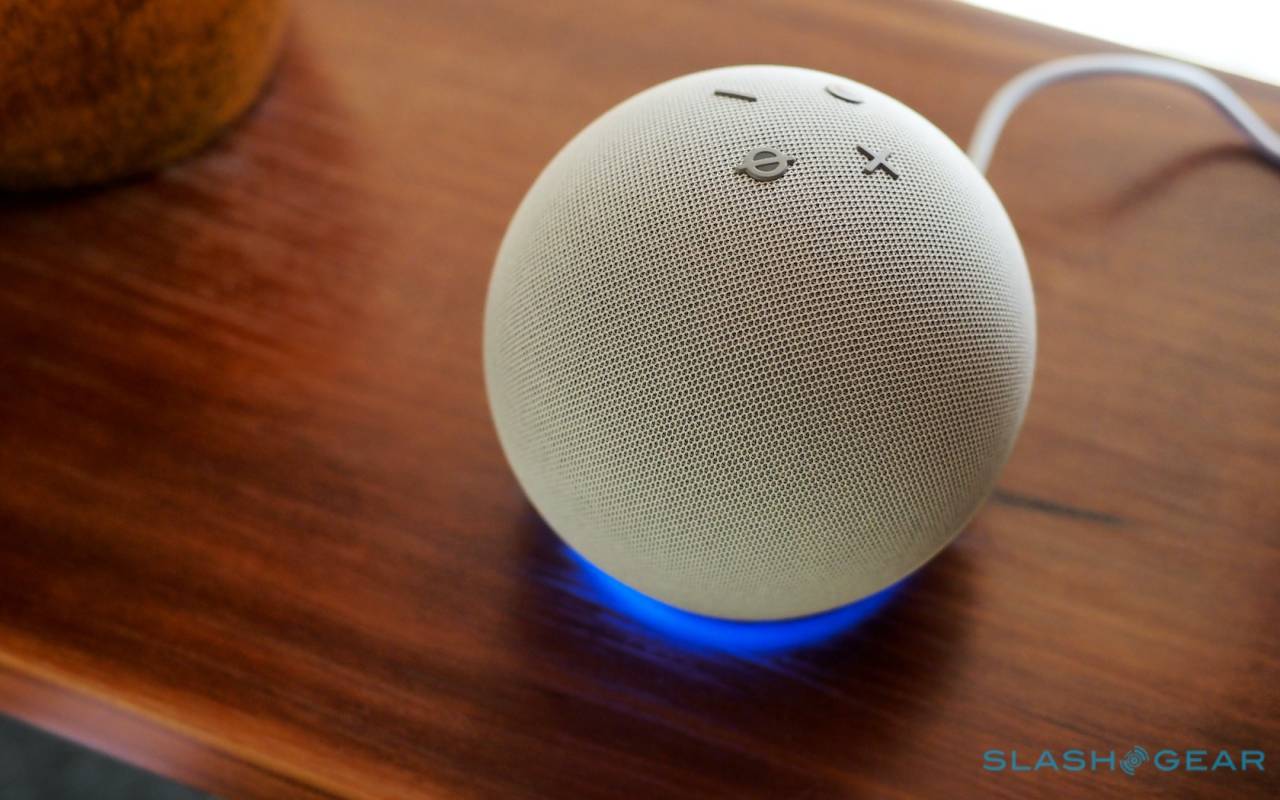 Alexa, of course, doesn’t really care about which Echo model you’re using. That means the new Echo Dot gets the same functionality as its more expensive brethren (or, looking at it the other way, a $10 Echo Flex has the same capabilities as your $50-60 Echo Dot). General knowledge questions, conversions and timers, playing music from a wide range of streaming sources, and issuing commands to your smart home are all present and correct, though while the 4th Gen Echo can act as a Zigbee hub – and, eventually, connect to Amazon Sidewalk when those private networks go live – the Echo Dot cannot.

It might not quite tally with Amazon’s positioning, but I’ve always seen the Echo Dot as being for spreading Alexa while the larger Echo models are for enjoying the services the assistant can access. Listening to music on an Echo Dot is fine, just not very fulfilling, and if that’s anywhere near the top of the list of things you want to do with your new Alexa smart speaker then you should absolutely spend the extra on a 4th Gen Echo. 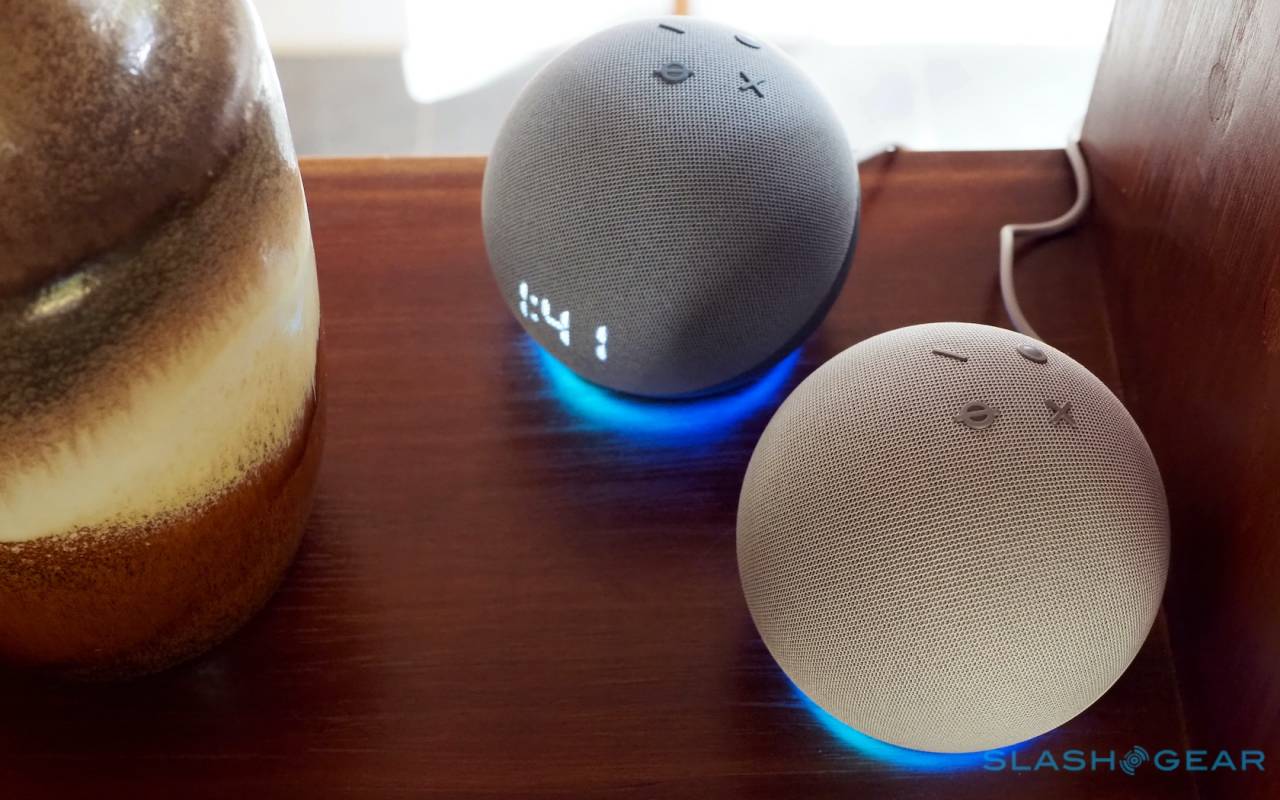 This new 4th Gen Echo Dot, then, presents a conundrum. Its design is a little less amenable to being discreetly slotted somewhere, when your primary goal is giving Alexa an ear in another room. The 3rd Gen Echo Dot (and its clock-equipped variant) is sticking around from under $20, meanwhile. You have to really want that new design, and the slight improvement in audio quality, to pay more than twice as much for the latest version.

In short, the Echo Dot is still probably the best point of entry for new smart speaker buyers wanting a taste of Alexa, but the latest 4th Generation model may not be the pick of the range right now. If there’s one thing the past few years have shown, however, it’s that Amazon is aggressive with its promotions. Paring back that price would make the new Echo Dot a lot more appealing.