It’s unclear if the world needs a new virtual reality headset, but former HTC CEO Peter Chou is convinced the answer is yes – and his new project XRSpace comes complete with a full VR world too. Coming out of a three year development process, the 5G-connected XRSpace Manova is an “extended reality” untethered headset that will integrate with the company’s new XRSpace Manova social reality platform.

That will serve not only as an app store for XR experiences within the headset, but a whole virtual world in which users can socialize and work. There’ll be “stylized and lifelike full-body avatars” the company says, able to move between virtual homes, personal cinemas, and public spaces created by third-party content providers and telecom partners. 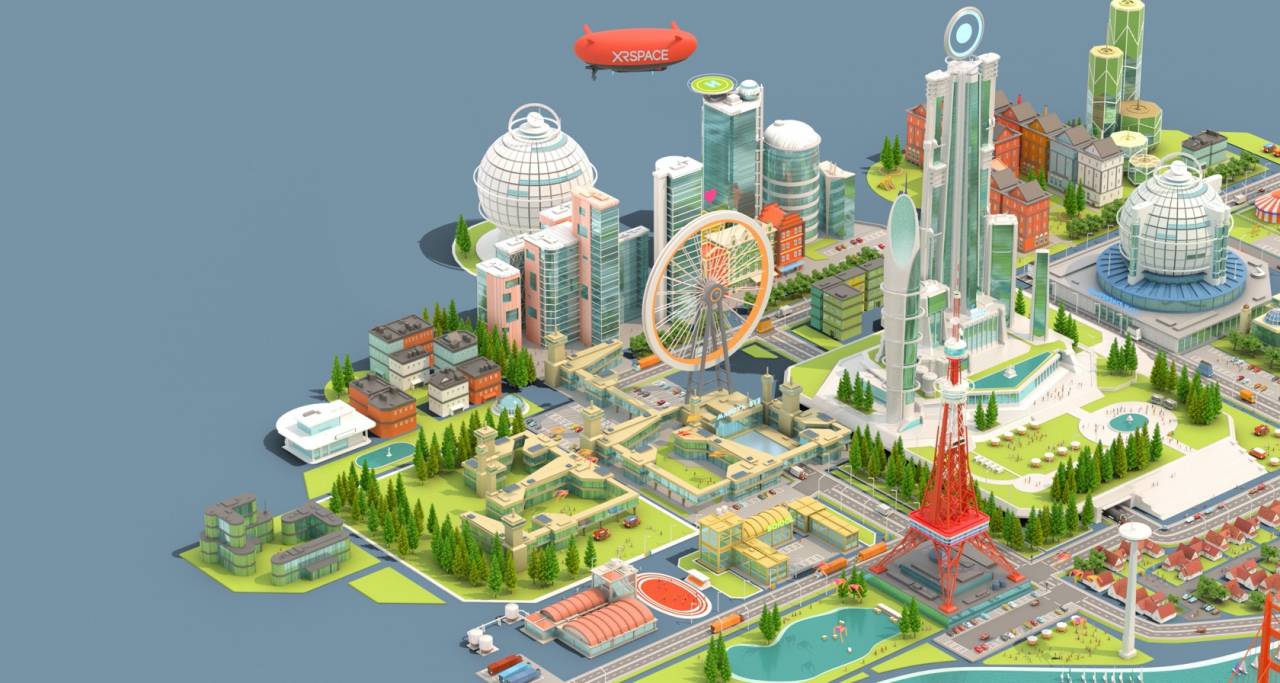 Among the first of these will be MagicLOHAS, which is designed for the sort of virtual fitness and health that has become increasingly popular during this time of pandemic. It will include social arenas for casually chatting, or exercise options like walking, biking, dancing, yoga, and “Magic Tai-Chi” sessions.

The City Center, meanwhile, will be a centralized hub through which Manova experiences and locations are accessed. XRSpace has already inked deals with partners like Angry Birds, AirPano, Insta360, Resolution Games, Magic Horizons, Digital Domain, Iconic Engine, iStaging, and Futuretown. They’ll be working on not only games but education and work tools, with XRSpace also promising APIs for other partners to build their own content. 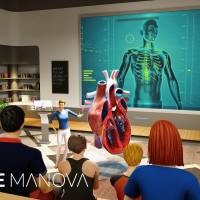 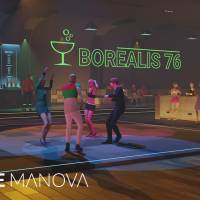 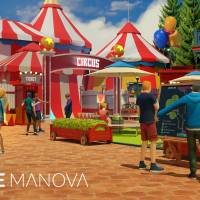 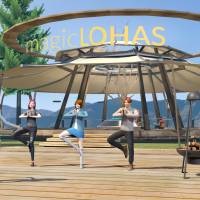 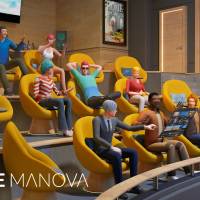 The headset itself is based on Qualcomm’s Snapdragon 845 Mobile XR Platform. It’s an architecture the chip-maker first showed off back in early 2018, offering the connectivity and processing power of a smartphone but in a power-frugal device that supports comfortable head-mounted wear over extended periods. 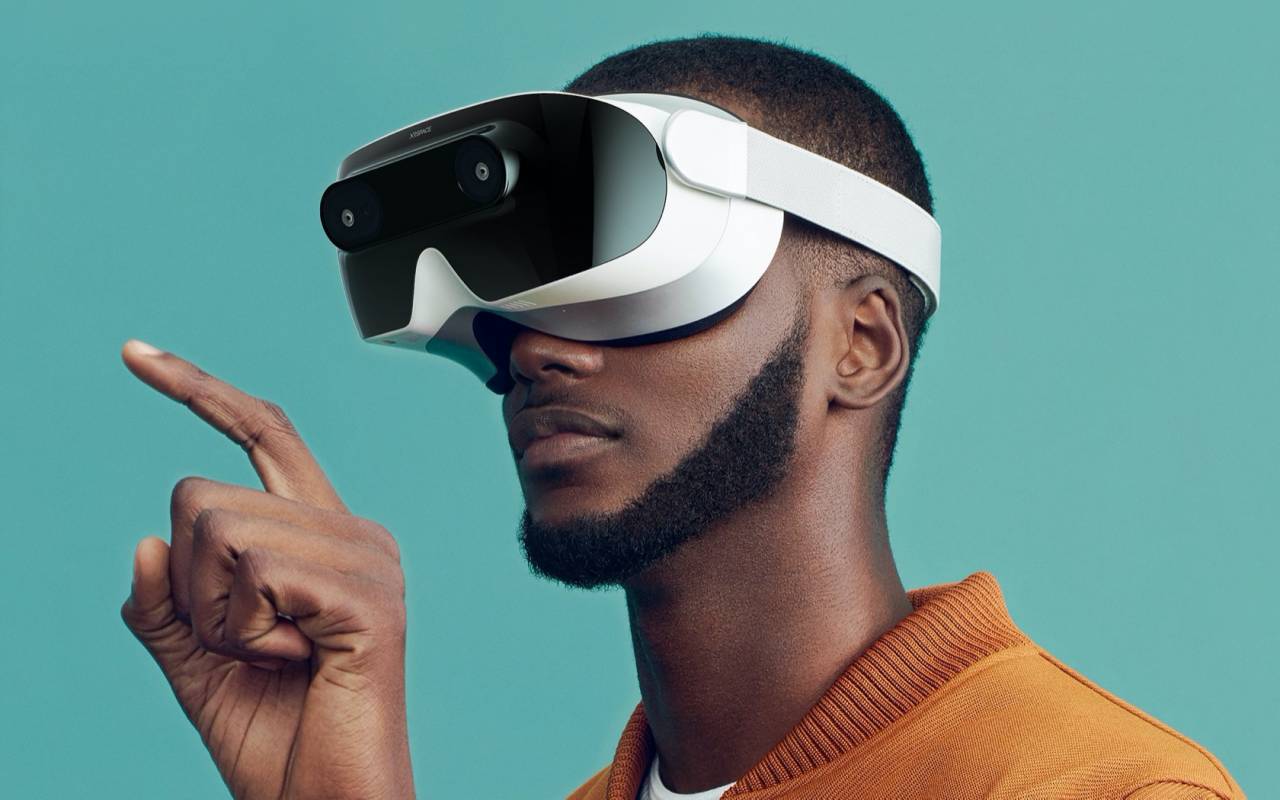 In the case of the Manova, that means 5G, LTE, and WiFi connectivity. There’s also hand motion and gesture detection, so that the XRSpace experiences can be interacted with and navigated through without needing dedicated controllers or wands, though there’ll also be a gaming controller included in the box. The company has also developed proprietary scanning technology, which uses those optical sensors to do spatial scanning and “seamlessly recreate real physical locations inside VR,” it says. 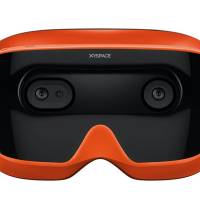 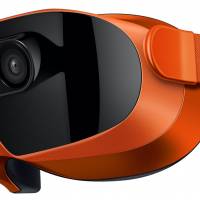 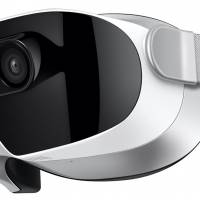 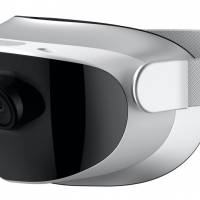 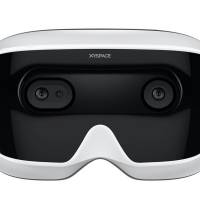 XRSpace is already working with a Taiwanese real estate company to do virtual viewings of properties, with an emphasis on flexibility. “Users will be able to freely navigate every corner and angle without predefined pathways,” the company says, “pushing beyond the usual limitations of 360 photos and videos.” 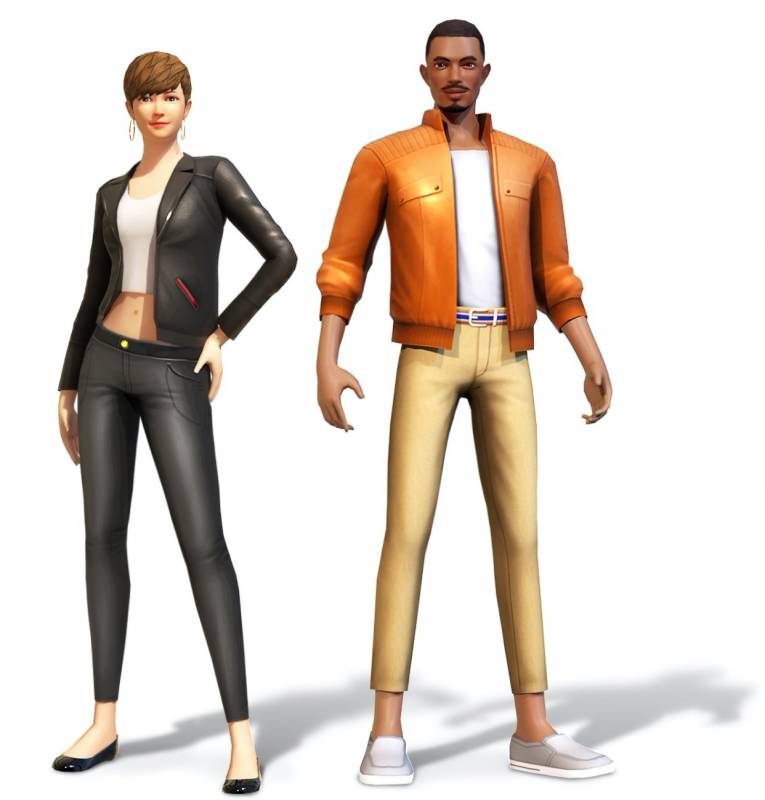 The headset has a 4,600 mAh battery and a 2,880 x 1,440 display with a 90 Hz refresh rate. That’s fast for a VR headset; rumors earlier this year suggested Oculus was considering upgrading its best-selling Quest headset with a 90Hz-capable display to make for smoother graphics. 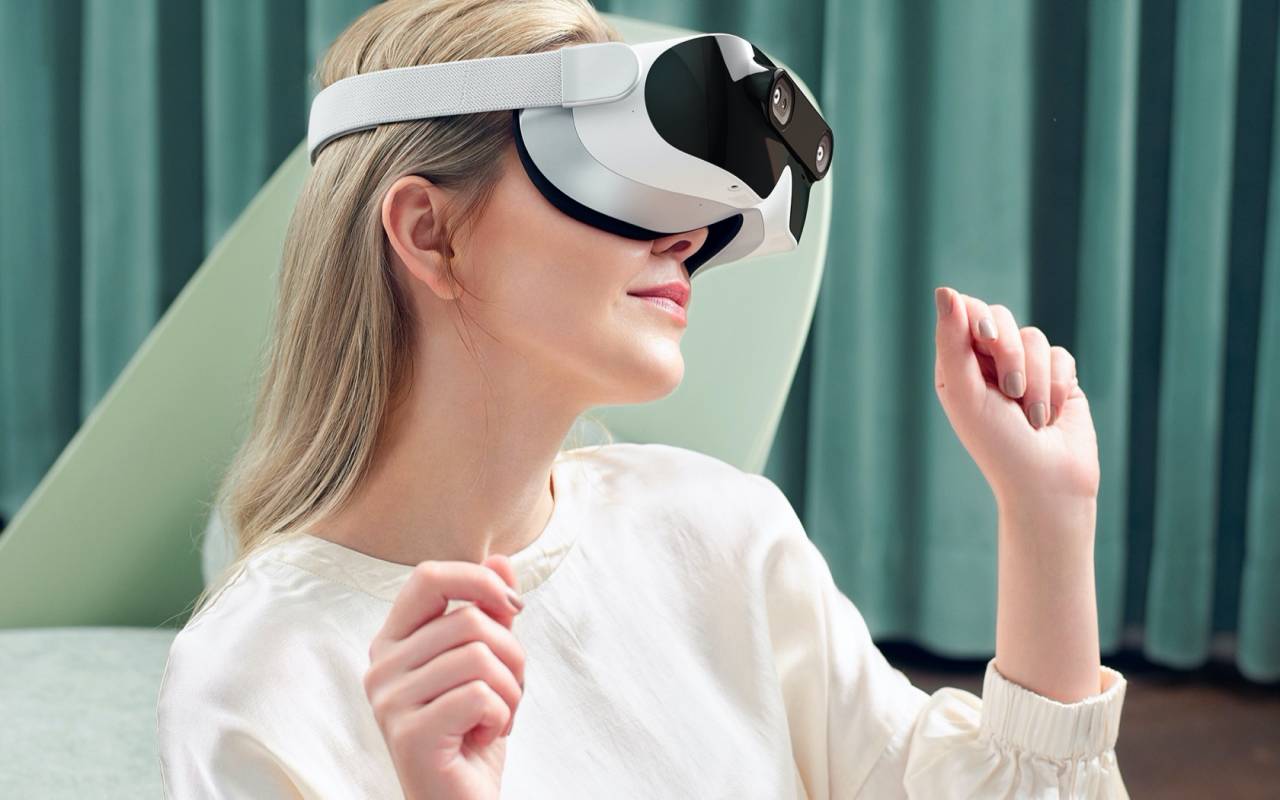 That extra visual quality will cost you, though. The XRSpace Manova will be priced at $599 when it goes on sale, a significant premium over existing rivals. Where Chou’s company hopes to close the gap is carrier deals, capitalizing on the integrated 5G connection to get networks to subsidize the upfront cost much in the way that they do with smartphones.

[Update 1/29/2021: XRSpace has rebranded its headset to Manova, after a trademark lawsuit with motion capture specialist MOVA]