While VR and AR seem to have taken a backseat at CES and MWC, advocates and supporters are now making up for lost time. HTC has just revealed details of its VIVE Pro headset and Google has listed some of the new ARCore 1.0 apps available. Now Qualcomm is following suit, announcing its latest VR development kit, boasting of the latest VR technologies you can find in a standalone headset. And, of course, all of this revolves around the capabilities of the Snapdragon 845 mobile platform.

The development kit actually comes in two parts, both working together to achieve a common goal: placing the users in a believable and untethered virtual world. The hardware consists of the latest iteration of the standalone VR headset whose features almost read like a smartphone spec sheet. You have the Snapdragon 845 processor running the show, a 2560×1440 60 Hz AMOLED screen as your window to the virtual world, 4 GB of LPDDR4 RAM, 64 GB of storage, Wi-Fi, Bluetooth, USB-C, and integrated audio codec.

In this headset’s case, however, those aren’t the most important hardware. Except for the Snapdragon 845, of course. Emphasis is given to the sensors that allow Qualcomm’s VR, or XR really, for eXtended Reality, platform to achieve that wireless and beacon-less freedom. That comes from the two 1 megapixel monochromatic cameras, an inertial measurement unit (IMU), and eye-tracking. The latter is the fruit of Qualcomm’s partnership with Tobii, the eye-tracking and eye-control specialist known for its work in medical, research, and gaming fields. 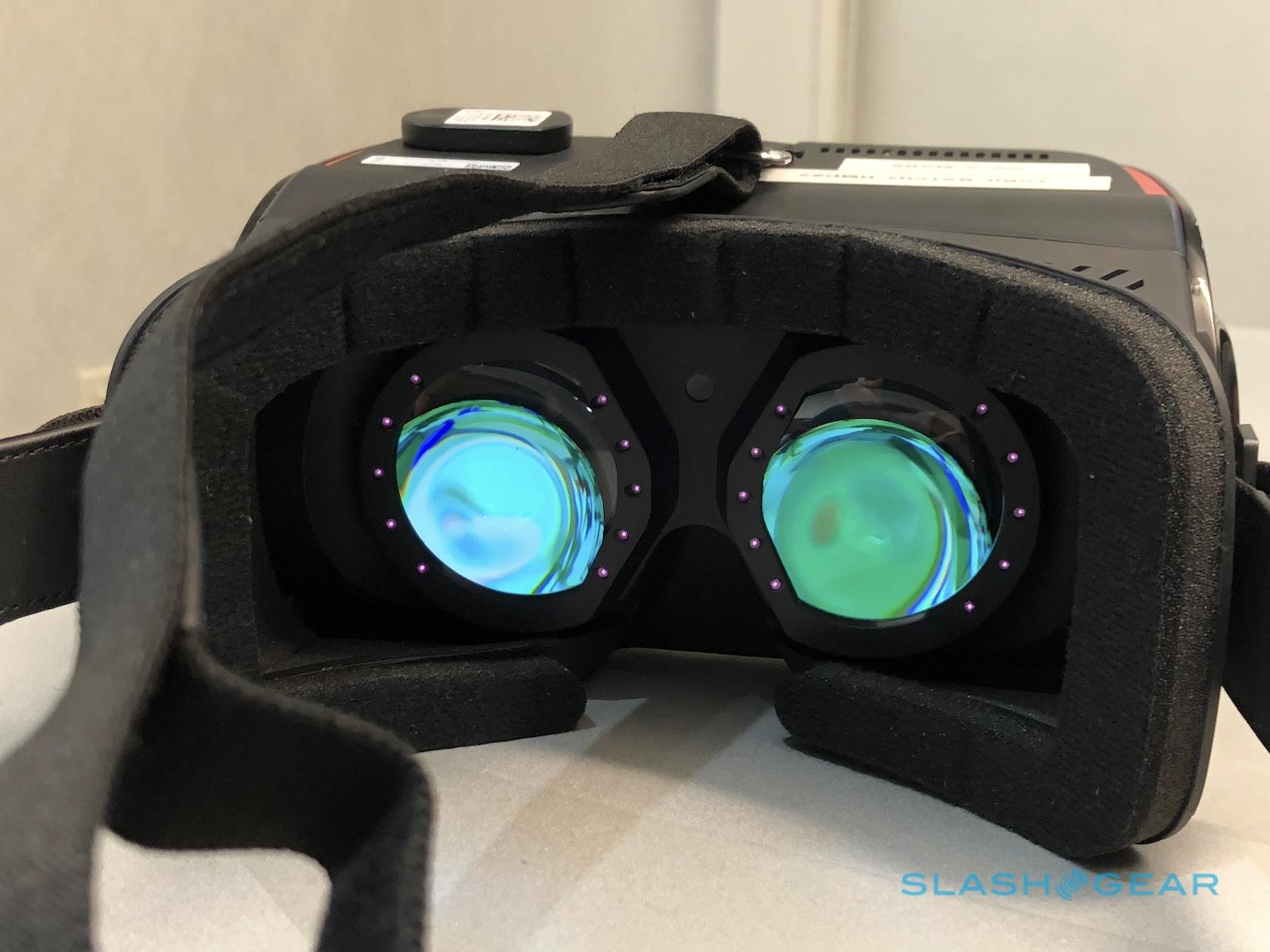 All of those come into play in the SDK, where two particular features headline the new Snapdragon 845 VR devkit. One is the room-scale 6DoF SLAM, which is short for six degrees of freedom via simultaneous localization and mapping. What this means for the user is that he or she will be able to move in all directions without the need for external beacons because the system is always aware of and is processing their surroundings. This means that VR apps and games will have no limits as far as room boundaries go.

The other major feature is foveated rendering which works on the principle that our eyes have a limited fovea or the small center in our field of vision. Within this region, everything is seen crisp and clear. Everything else at the periphery of our vision is often blurred. Foveated rendering eases the burden on the hardware and the developer by only rendering enough detail in the user’s fovea while resorting to lower quality rendering at the edges. Of course, this requires the system to know where our eyes are looking at, which is where Tobii’s eye-tracking technology comes in. 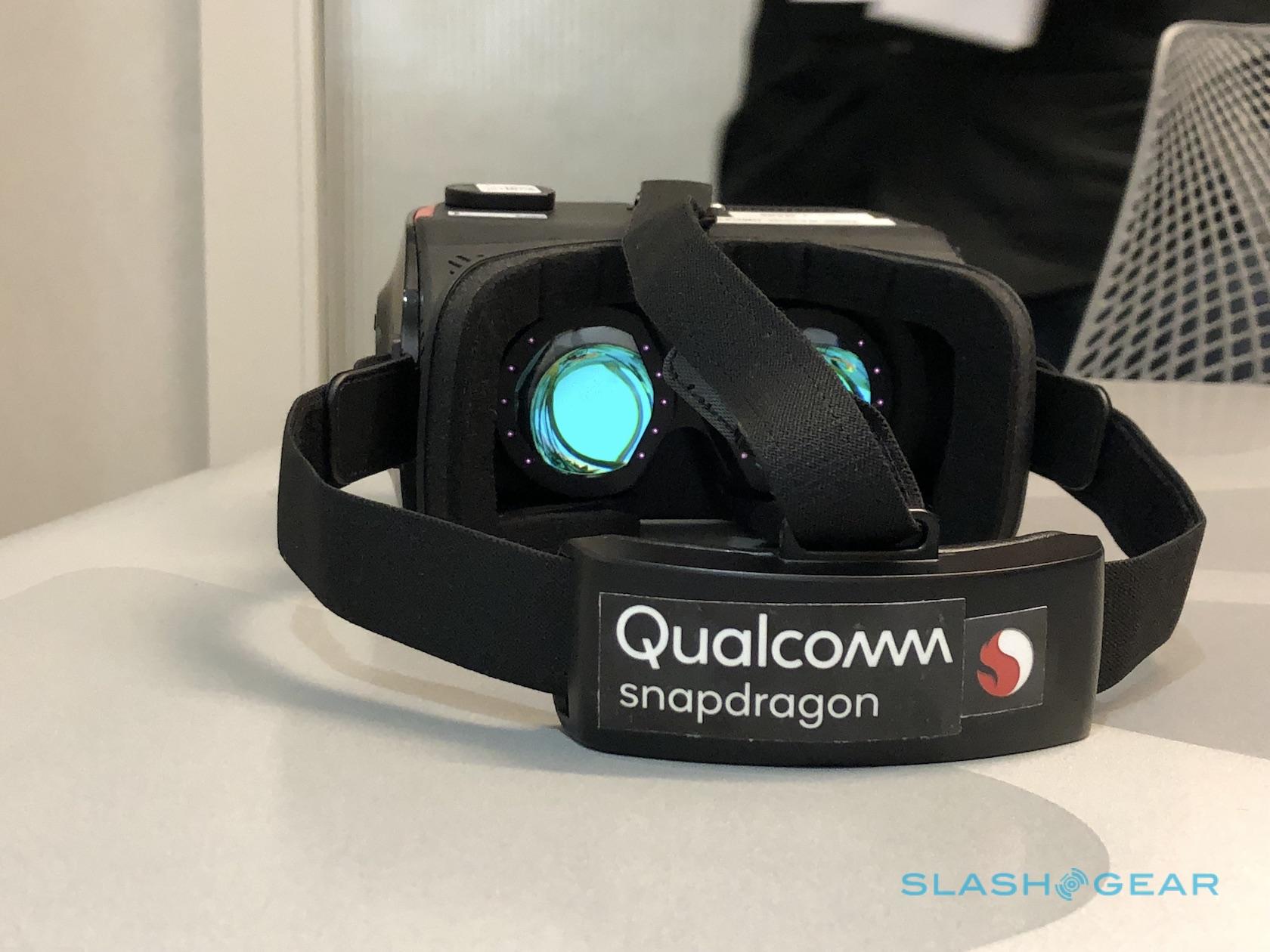 The Qualcomm Snapdragon 845 VR development kit will be made available some time in the second quarter. Last year’s dev kit and accelerator program eventually led to Lenovo Mirage standalone Daydream headset. This year, Qualcomm is partnering with HTC VIVE to support the latter’s VIVE Wave VR open platform which, in turns, tries to provide a common ground for the growing number of disparate VR platforms in China.