The POCO F2 Pro, or Pocophone F2 Pro, is a highly decent smartphone. It was released in May of 2020 running Android 10 with MIUI 11 inside. This device has a 6.67-inch Super AMOLED touchscreen up front with no camera to interrupt its rounded-corner rectangle face. This is one of the few smartphones to have ever been released with a mechanically operated pop-up front-facing camera module – and it comes in several colors, both wild and decent.

The display on this device is not interrupted by a camera notch. It does not have a punch hole for a front-facing camera. The display doesn’t sit significantly lower than the top or the bottom of the phone. The display is flat, and has a very thin, but not invisible, bezel around its top, bottom, and sides (with a 92.7% screen-to-body ratio.) 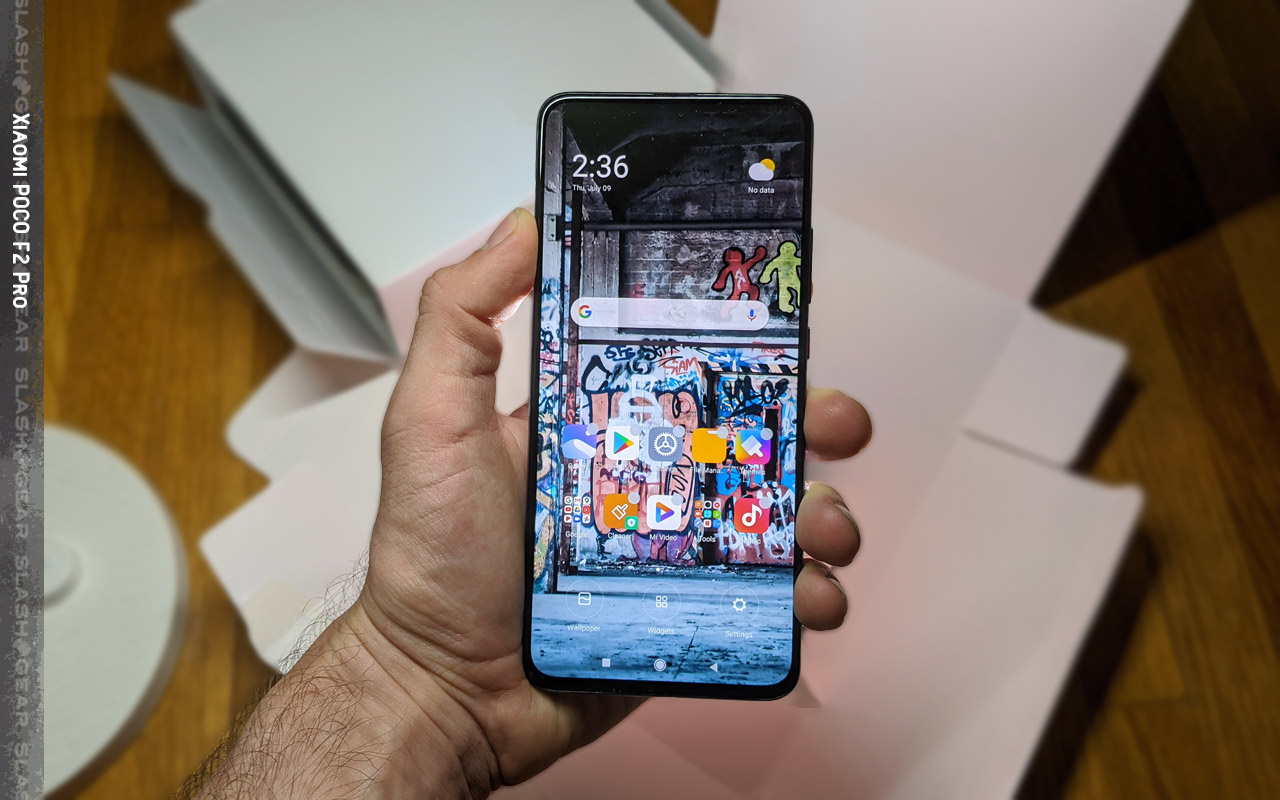 This device’s display is covered with a single pane of Corning Gorilla Glass 5 for scratch and blemish protection, and there’s another pane of the same reinforced glass on the back.

The panel gets bright – very bright. Because we’re working with AMOLED tech here, the display’s capable of getting brighter than we’d ever really need it to be. Over the 6.67-inches of display we’ve got here, we’re packing 1080 x 2400 pixels, which means we’ve got an approximately 395-pixel per inch pixel density.

The display on the POCO F2 Pro is “TÜV Rheinland High Gaming Performance certified”. You can find that certification listed at Certipedia. This doesn’t necessarily mean it’s a better gaming smartphone than any other, but it IS nice to see POCO (Xiaomi) working with a well respected independent certification organization such as TÜV Rheinland. 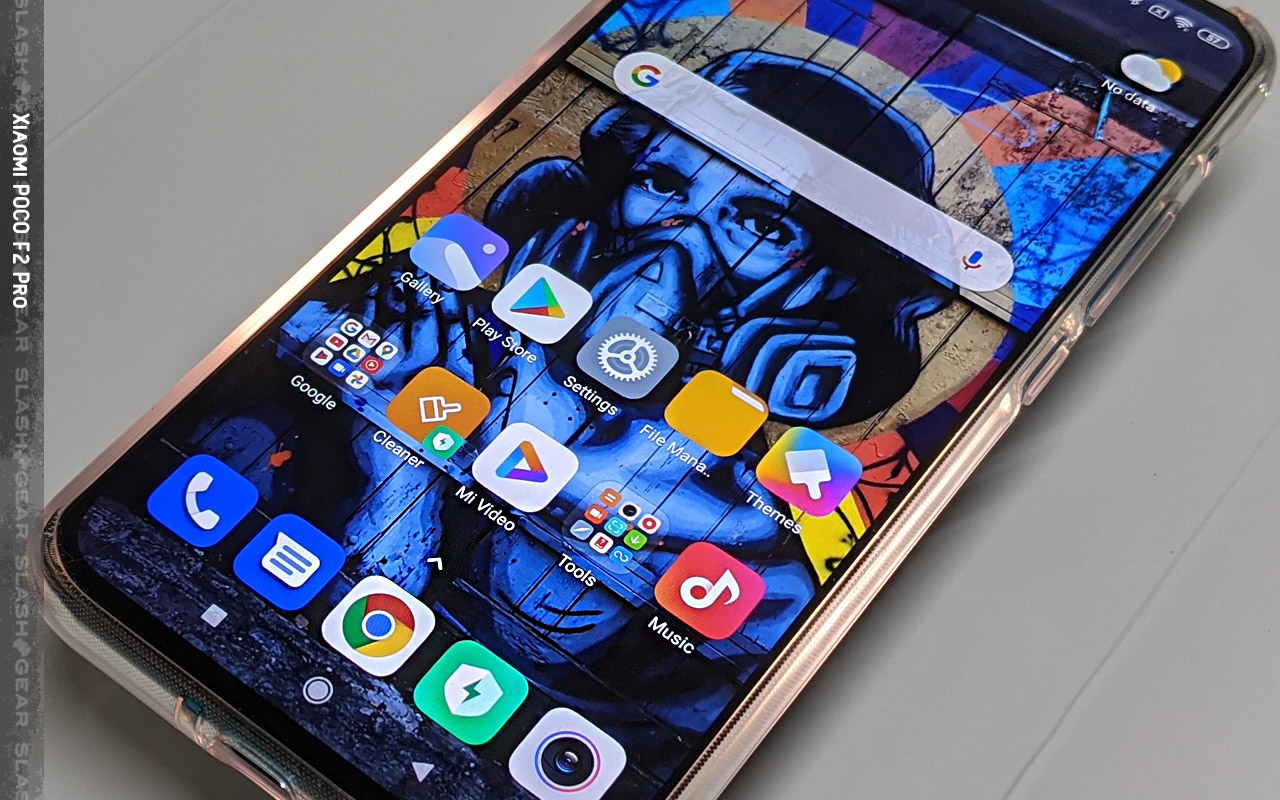 Part of the potential gaming greatness for this smartphone comes with the combination of a 60Hz image refresh rate and a 180Hz touch sample rate. This is not as smooth a refresh rate (image-wise) as the OnePlus 8 Pro, or even the Razer Phone (1 or 2), but with a 180Hz sample rate, you’re still working with a fully modern piece of mobile gaming equipment. 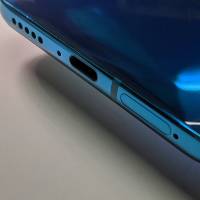 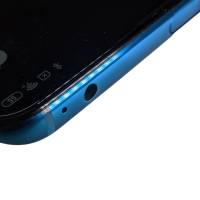 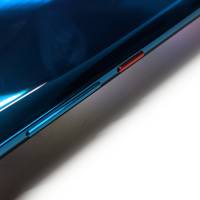 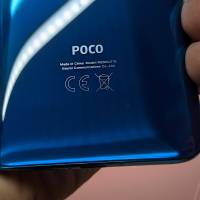 The POCO F2 Pro has a single bright red power button on its right side, just below a volume rocker. On the bottom is one of two microphone holes near a USB Type-C port and a SIM card slot.

On the top is the other microphone hole next to a standard 3.5mm headphone jack. On the left side of the top is the single mechanical pop-up camera module right next to an IR-blaster. With this IR-blaster and the right app, we can control our television. Remember when that was a cool feature? 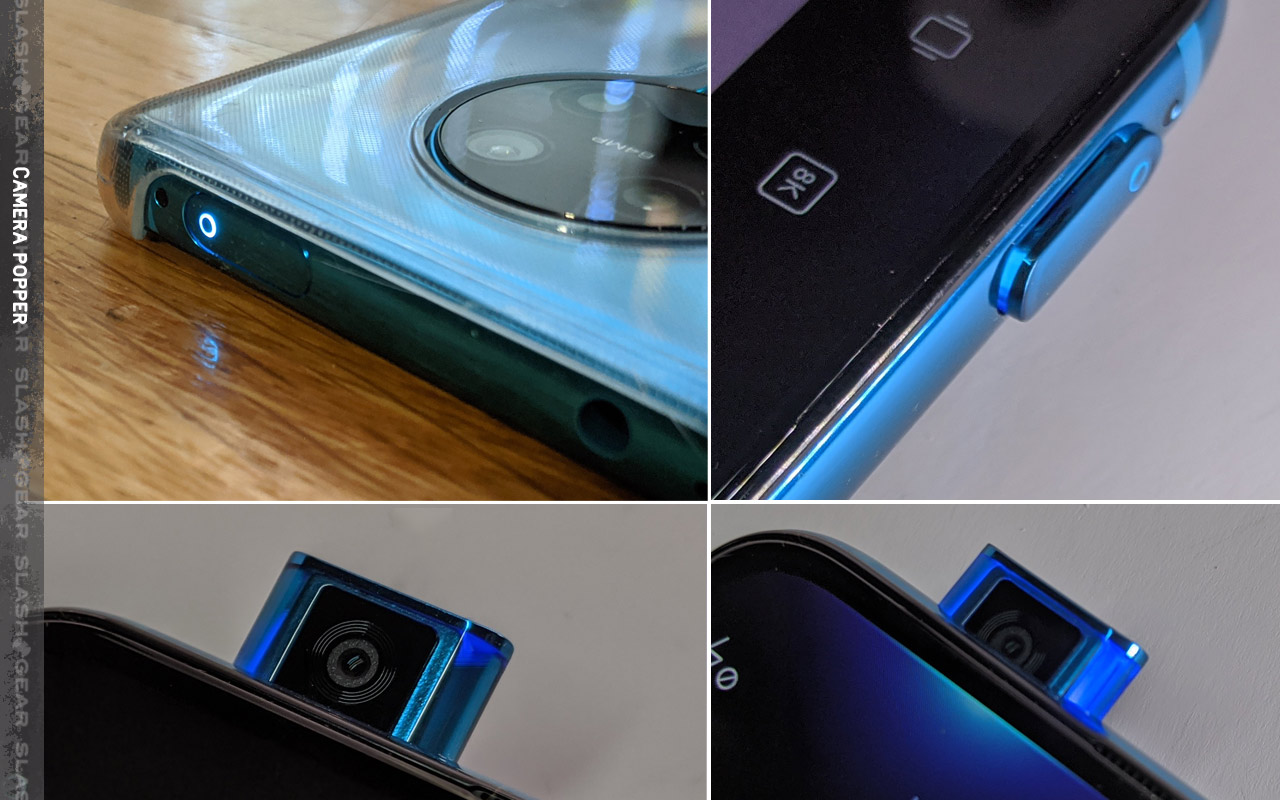 I say this phone is “heavier than you’d think” because, for some people, that’s a bad thing. For others – like me – a heavier phone is a welcome change. Where most higher-end phones are as light as possible, this smartphone does not seem to shy away from using heavier materials. My grandmother would say “that way you know where your money went.” It feels like premium heft. There’s also a headphone jack on this device – that CAN be a big deal!

Popping up from the top of the device we’ve got a motorized module with a single front-facing camera inside. This is a 20-megapixel camera with f/2.2 aperture (wide angle lens) with 1/3.4-inch imaging sensor, 0.8um pixel size, and the ability to shoot in HDR. This camera can capture 720p video at 120fps and 1080p video at 30fps. 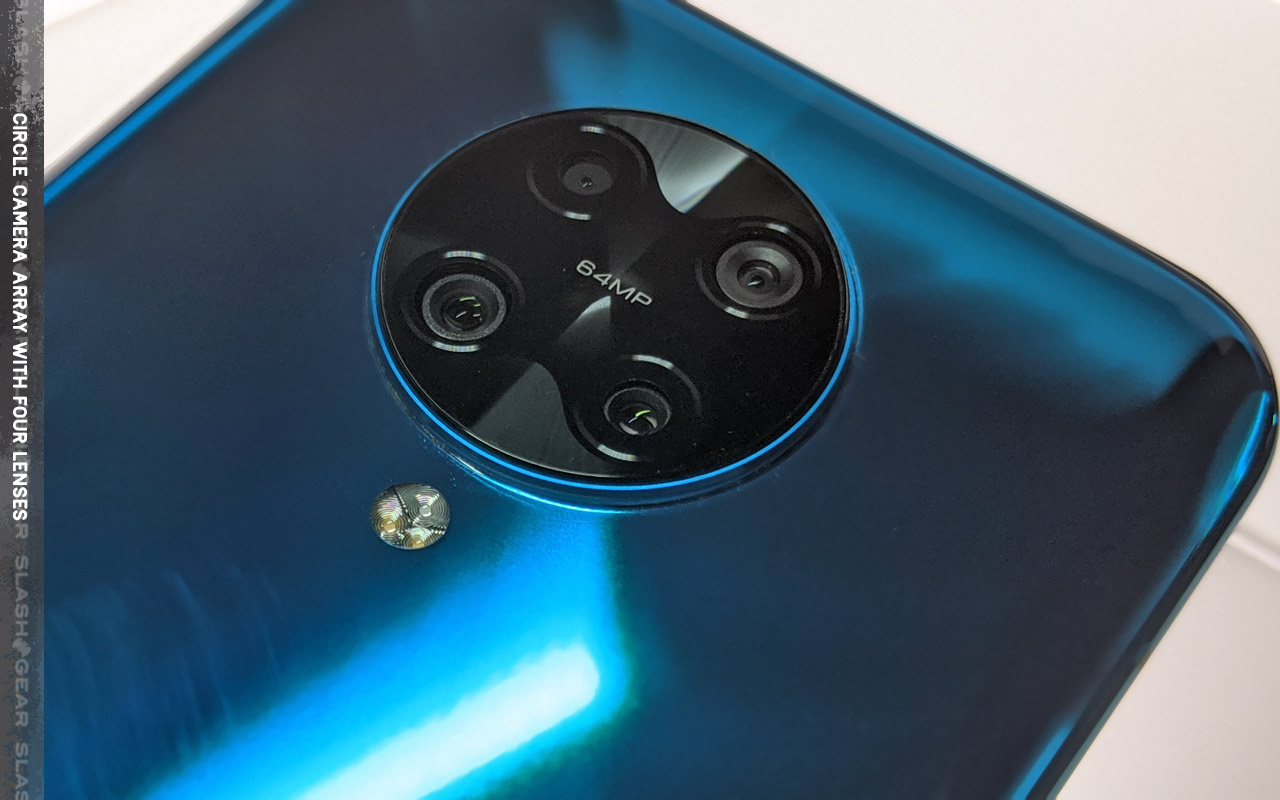 Much like most front-facing cameras in the world today, this front-facing camera is not the one you’ll want to use to capture professional-looking photos. Instead, it’s perfectly fine for capturing all the selfies you can store – complete with beautification features and odd filters aplenty built right into the standard camera app.

On the back is where the magic happens. The circular camera array includes an X-shape with 4 individual camera lenses. 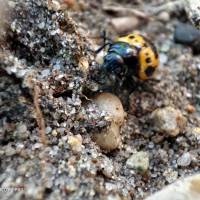 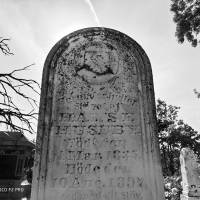 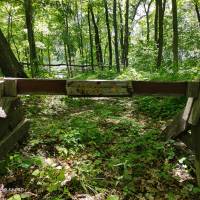 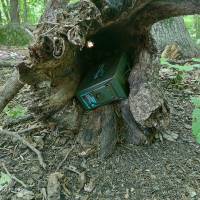 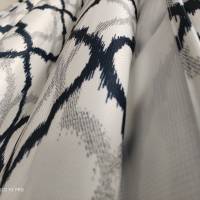 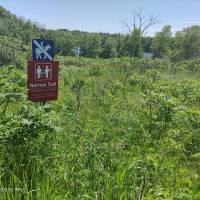 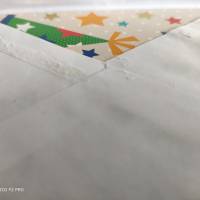 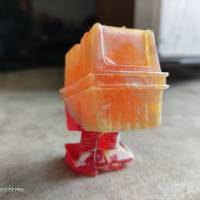 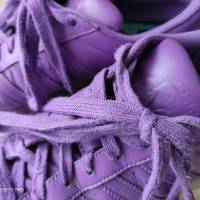 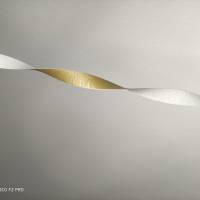 These cameras combined allow the device to capture HDR photos, panorama photos, 8K videos at 24/30fps, 4K video up to 60fps, and 1080p at up to 240fps. Xiaomi also suggests that we’re able to capture 1080p video up to 960fps. We’ve captured a set of images here for you to take a peek at. These were largely captured outdoors on a relatively sunny day, so keep in mind that the lighting environment was just about as ideal as possible. 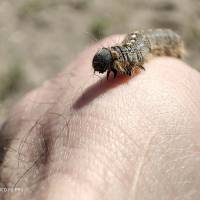 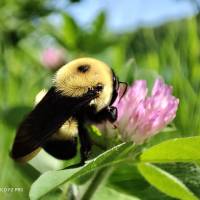 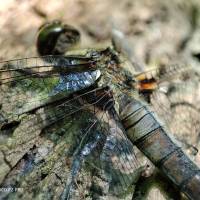 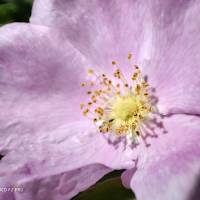 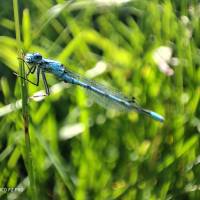 Take particular note of the extreme quality of sharpness and color in the macro photos here, too. If your aim is to head out into nature to snap a bunch of photos of insects and flowers, this is a device you should consider working with. It can DO THAT with aplomb.

In this POCO F2 Pro is a non-removable 4700mAh Li-Po battery. With the 33W charger in the box, we’re supposed to charge quick – and we most certainly do. When charging from zero to full, it’s difficult to imagine taking more than an hour and a half. Battery life is decent – and it’d better be with a battery this large. I’ve not been able to run the battery out in less than a day.

The POCO F2 Pro is a fine device, with an extremely bright, colorful display and a decent set of cameras. This smartphone feels like a premium smartphone that’s sold at a price that suggests much less. If you’re able to get the phone for the prices with which it was launched – or lower – you’ll have gotten yourself a deal.

Several different colors were available at launch, including Neon Blue (that’s what we’ve got here), Phantom White, Electric Purple, and Cyber Gray. The POCO F2 was priced at approximately £422 (GBP), €470 (Euro), and $450 (USD). As always with a device not generally sold by carriers in the USA, make certain you’ve checked with your carrier of choice if this device will work with your SIM card before you buy!