Xiaomi Mi Max is thin and comes with 4500mah battery

A single promotion image of the Xiaomi Mi Max smartphone shows what appears to be a very thin device with larger dimensions. The promo image doesn’t include any new tidbits on the hardware inside the smartphone, it come only a few weeks after some teaser images of the smartphone crammed in a pocket turned up.

Along with that promotional photo of the smartphone also come some images of the device snapped by TENAA as it gives the device the certifications it needs to come to market. What we can tell from those photos is that the smartphone has a camera and flash on the rear in the upper left corner. 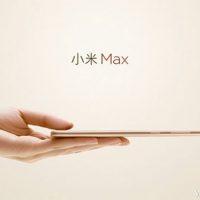 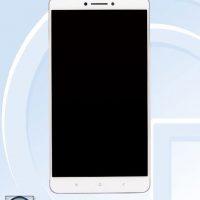 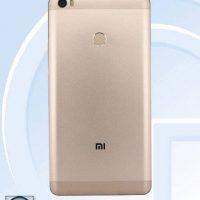 It also clearly has a fingerprint scanner on the back of the device. The buttons for volume and power are on the right side of the phone. Xiaomi is tipped to use the slogan “the thinnest XXmm” in the promotional materials for the device. The edges of the metal body are curved and the overall design looks very nice. The launch of this smartphone is tipped to happen on May 10 with a price rumored to be 1299 yuan.

Previous leaks have claimed that the smartphone will use a 6.4-inch screen. The smartphone also turned up in a GFXBench entry packing a 1.8GHz hexa-core processor. That processor is thought to be a Snapdragon 808 and is paired with 2GB of RAM and 16GB of storage, both modest amounts. The rear camera is called out as a 16MP unit with a 5MP front camera. Both cameras are capable of recording video and the Os is Android 6.0.1. The official unveil of the Mi Max is expected on May 10, which is the same day that Xiaomi will unveil the V8 device.