Chinese brand Xiaomi just became the number one smartphone brand in the world, beating titans like Samsung and Apple. This is the first time the company has taken command of the number one spot globally based on monthly smartphone sales (sell-through) volumes. This reading comes after Counterpoint showed Xiaomi as the number 2 brand globally for the entire second quarter of the year 2021.

These metrics (and the Q2 Xiaomi rise metric) comes from recent readings presented by Counterpoint Research’s Monthly Market Pulse Service. Counterpoint is careful to note that Xiaomi hasn’t absolutely taken the cake from the other two brands. Xiaomi is shown with approximately 17.1% of global monthly smartphone sales, while Samsung has 15.7% and Apple has 14.3%. Xiaomi does seem to be the quickest-growing smartphone brand – at least in the massive market that is China.

Part of the reason why Xiaomi is growing at such an extreme rate is Huawei’s drop in power. “Ever since the decline of Huawei commenced, Xiaomi has been making consistent and aggressive efforts to fill the gap created by this decline.” said Counterpoint Research Director Tarun Pathak. It’s also suggested by Counterpoint that Xiaomi’s growth comes at the same time as Samsung’s “decline due to supply constraints.” 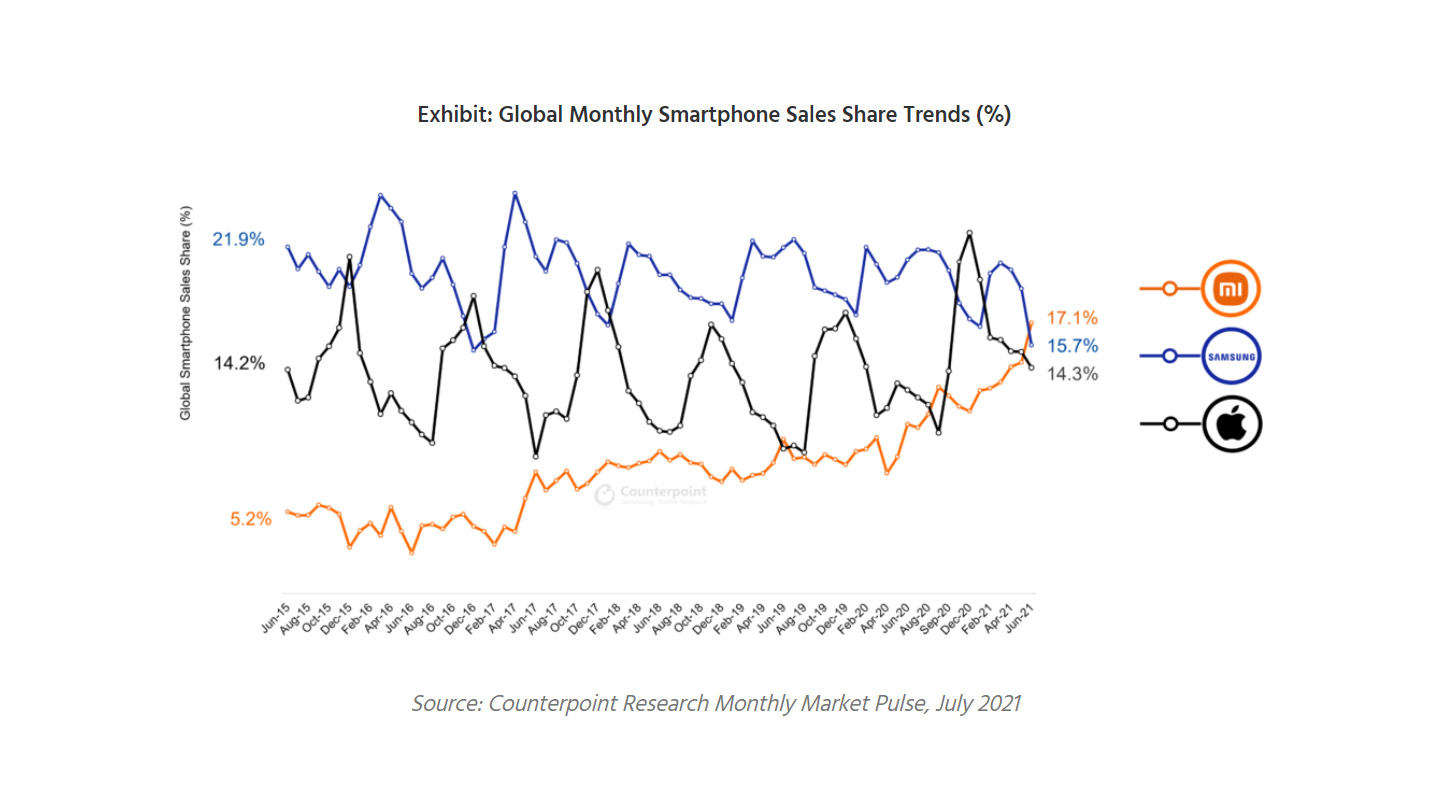 It’s quite likely Samsung and Apple will rise again to meet or surpass Xiaomi in unit sales globally once their next major smartphone hero devices are revealed. Generally both brands see significant lifts in unit sales near the end of the year when their 2H devices are delivered. Samsung’s next release will likely be Samsung Z Fold3 and Samsung Z Flip3 foldable devices, while Apple’s will likely be the iPhone 13 lineup.

Take a peek at the timeline below to see recent major points of interest in Xiaomi’s release universe. While they started in China, they’re hitting markets with low-cost, high-quality smartphones worldwide.