The past 18 months have been somewhat unstable for the smartphone market, especially if you take into account the market shares. In addition to the chaos that the COVID-19 pandemic brought to the whole world, Huawei’s ongoing US sanctions also caused a reshuffling among the world’s top smartphone makers. The first quarter of 2021 saw Huawei absent from the top five for the first time in years. Now Xiaomi has taken its spot in the second quarter, becoming the world’s number two smartphone maker for the first time in its history.

Xiaomi has always been a force to reckon with in the smartphone industry, but it is now finally showing its teeth. Perhaps due to the fluctuating economy, the company’s more affordable phones have become more enticing, especially in markets like Latin America, Africa, and Europe, where its sales have grown considerably in the previous quarter. According to Canalys, Xiaomi’s shipments grew by a whopping 83% compared to Q2 2020, allowing it to take 17% of the overall market share and landing in second place.

And that’s without even entering the US market, as it has long been expected to do. The market analyst attributes Xiaomi’s impressive growth to its consolidation of channel partners and better management of existing stocks. The company seems to also set to aggressively push its higher-end devices this year as it sets its sights on dethroning Samsung.

Xiaomi’s victory, however, might be short-lived. Apple’s shipments regularly take a small dip before the launch of new iPhones in the third quarter of the year. With 14% of the market share, Apple isn’t really far behind anyway. 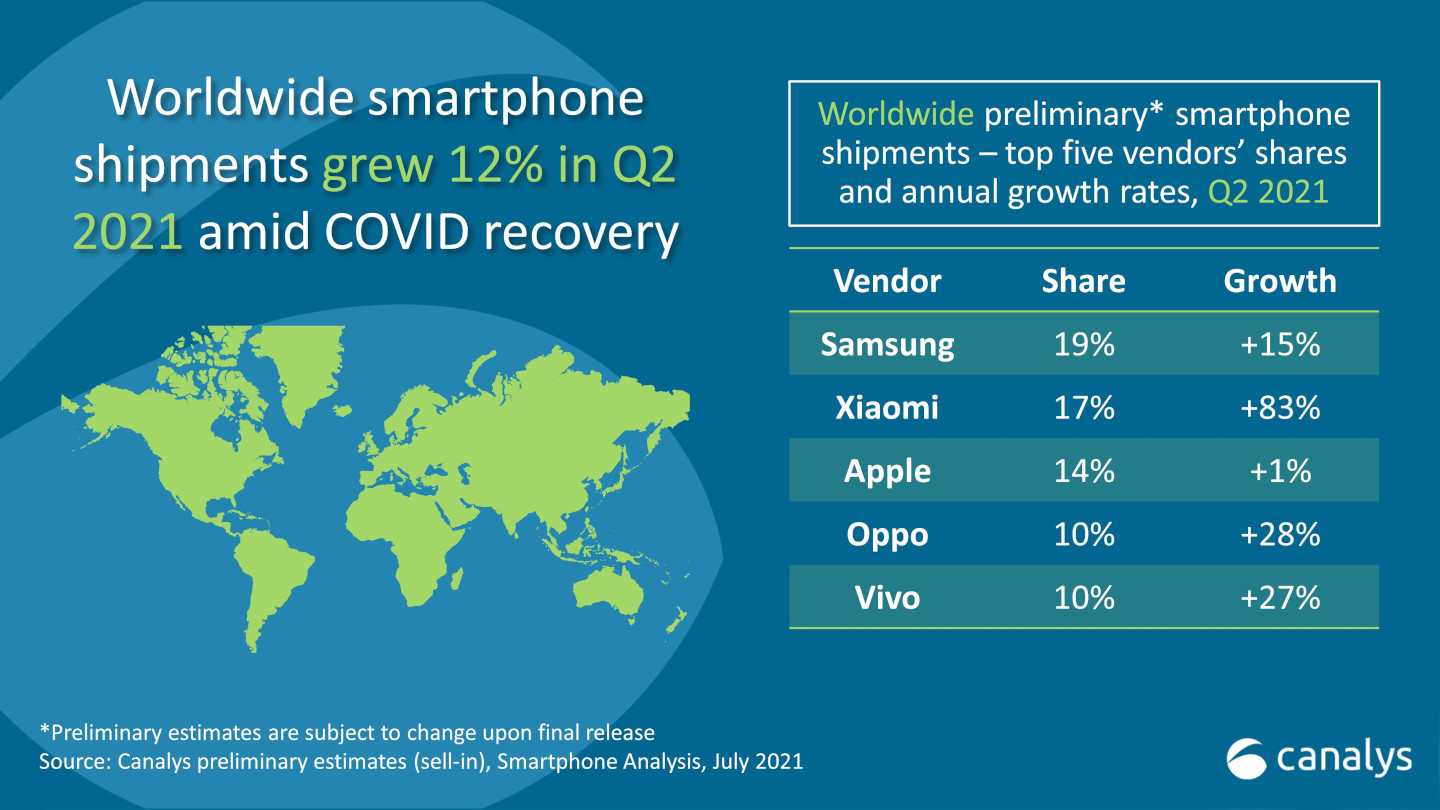 Xiaomi will also be facing tougher competition against OPPO and Vivo, both of which have a lot of resources to throw around to grow their sales. More importantly, these two also have the advantage of more traditional channels and business models that Xiaomi has eschewed in the early days of its operations.