XboxIE and Sonyfied bring HTML5 games to Xbox One and PS4

This month a couple of services have popped up for the Xbox One and PlayStation 4 – collections of games that can be played for free, crafted with HTML5 for play inside a next-gen gaming console’s web browser. After tracking down the creator of the slightly more popular of the two, XboxIE, we found that he just released a PlayStation 4 iteration going by the name Sonyfied. Both sites now serve a modest number of games from some rather big names – Pac Man, Cut the Rope, and Bejeweled amongst them. It was when Xbox official Larry Hyrb, aka Major Nelson spoke about it on Twitter that things really started to fire up.

Both sites are essentially the same, tending to their respective consoles with basically the same layout. Playing one site on the console opposite it results in a few broken bits and pieces, but that’s what the other iteration is for. While you’ll find a few advertisements stuck in amongst the rabble, each of the games we’ve tested thus far have worked remarkably well. 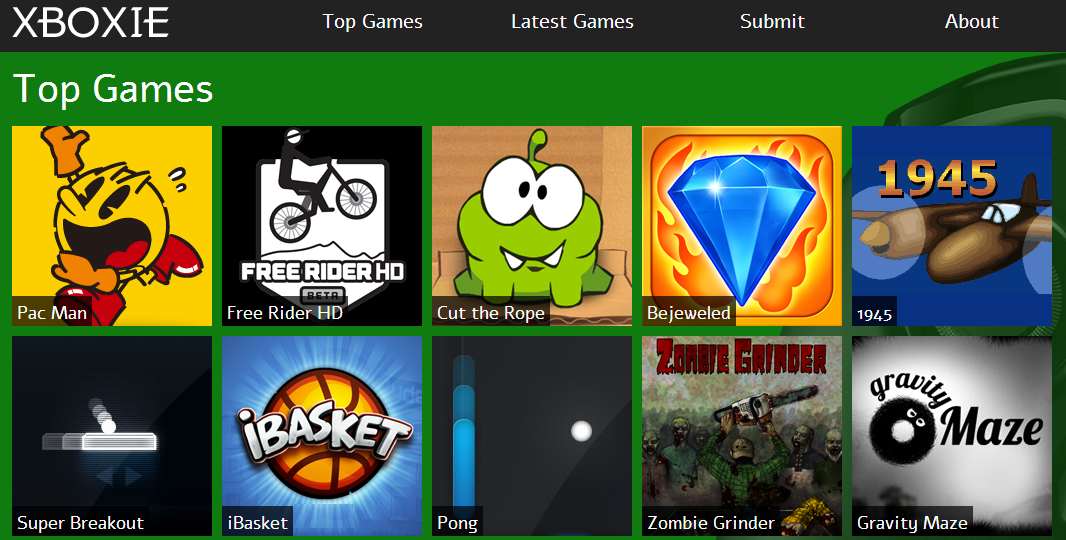 This is all because both the Sony PlayStation 4 and the Microsoft Xbox One work with controllers that take advantage of the web interface and built-in abilities to work with touch – or controller buttons, in this case. While we’re working with rather simple controls for the time being, we wouldn’t be surprised if developers on the web started taking advantage of this interface’s long-spanning connections with bits like the DualShock 4’s touchpad.

These sites have been created by a fellow going by username CitadelSaint, denizen of Reddit, who today leaves comments about his extremely timely release of the Sonyfied companion site to XboxIE.

For anyone who doesn’t know what XBoxie is… it was a website that allows Xbox users to play HTML5 games via the console with a web browser.

Now that I own a PS4 I’ve been able to test out all the games to check what ones also work on the PS4 and have made Sonyfied.com
I will be adding games as I find them… stating tomorrow.. as tonight I want to break in my PS4 :)

Have a peek at both sites – or whichever site that makes the most sense for you given the gaming console you’ve got running right this minute, and let us know how it goes! As for CitadelSaint, keep his name in the back of your mind – the attention he’s gotten over the past 24 hours is certain to give him a helping hand toward making other great creations in the future – here’s to it!