Just weeks before the release of the PlayStation 4 we’re taking the time to dive in with the most important piece of equipment outside the console itself: the DualShock 4. This handheld wireless (or wired) device is made by Sony itself, returning to the market to re-claim the throne as the highest-quality controller on the planet. What we’re doing this week is testing the device as it functions outside of the PlayStation 4 gaming console itself.

While several of these tests – with the Xbox 360 and Wii, for example – were done out of sheer curiosity. With the Xbox 360 we found no connectivity whatsoever – the same goes for the Wii (obviously) and the Wii U. Without proper connectivity of any kind, this controller also has no way of connecting to the PlayStation One or PlayStation 2 – needless to say the original Xbox also has no way to sync.

The iPhone, iPad, and iPod touch all end up with the same results with the DualShock 4 – while they’re able to see the device through Bluetooth, they won’t connect. Connecting the controller to any of these devices with USB-host converter cords results in either one or no buttons functioning at all. The same is true of Bluetooth connectivity with Android – no buttons appear to do anything on any machine we’ve tested.

While Bluetooth connectivity doesn’t do one whole heck of a lot on Android, the DualShock 4 works in a basic capacity with a USB host converter cord as a standard controller. You’ll need a cord that has a plug-in for full-sized USB on one and and a microUSB plug on the other to make this work – the DualShock 4 itself also comes with no cord at all in its box – you’ll need a standard microUSB cable to charge it, too. 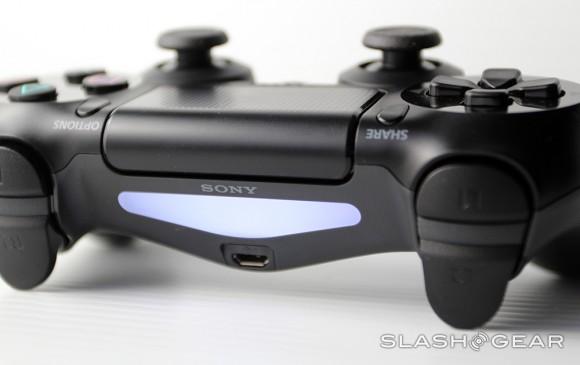 With the DualShock 4 connected at its back end to a microUSB cord which is then converted to host microUSB for an Android device, you’ll be well on your way. You can use this device to navigate your Android device in a basic way – clicking to open apps with the square button, going back with the cross. You can get around with the arrow buttons, moving from icon to icon – and in some cases the right joystick allows you to navigate as well. 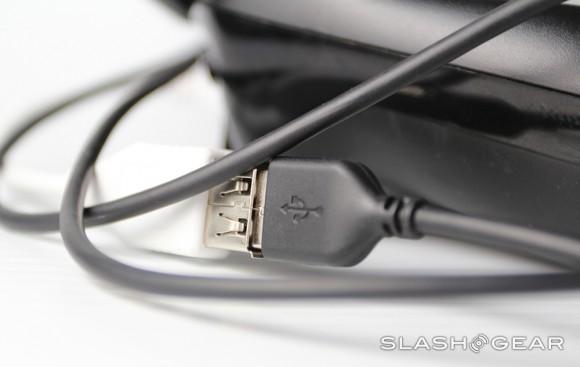 It’s really inside each app that you’ll be relying on software support for this controller. One excellent example of compatibility is Gameloft’s Asphalt 8, able to instantly sense the controller and map your buttons right out of the box. Square for acceleration, a trigger to brake, and full joystick steering, if you’re into that.

Unfortunately – across the board – we’ve had no luck with any of the DualShock 4’s advanced abilities. This goes for the device’s built-in speakers, motion control, and touch pad alike. We have, on the other hand, gotten Android to recognize the touchpad as an additional button for simple clicking – mapped based on what app we’re in, of course.

Windows and OS X have paired easily with the DualShock 4, while each game we’ve played on either platform really depends on the software compatibility the developers have built in. Across the board we’ve seen the DualShock 4 work with the same compatibility inside a Mac or a Windows-toting PC as a wide variety of similar Bluetooth controllers.

One excellent example of instant and precise compatibility – wired with USB and with Bluetooth – is Valve’s Steam. Inside Big Picture Mode for Steam we’ve seen the DualShock 4 mapped with great ease. With just a single hangup on the right trigger button – for whatever reason – Steam seems fully ready and able to make use of the DualShock 4 from start to finish (again, without its advanced capabilities thus far). 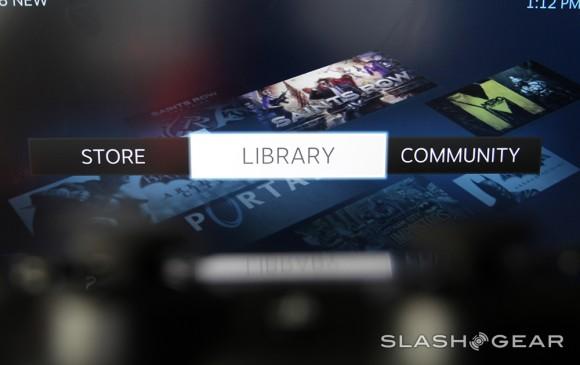 One more unique use-case is with NVIDIA SHIELD. This device is a controller and a gaming system in and of itself, so tapping in with the DualShock 4 was an experience like no other. Like other Android devices, connecting with Bluetooth was touch-and-go, with actual Bluetooth functionality non-existent. 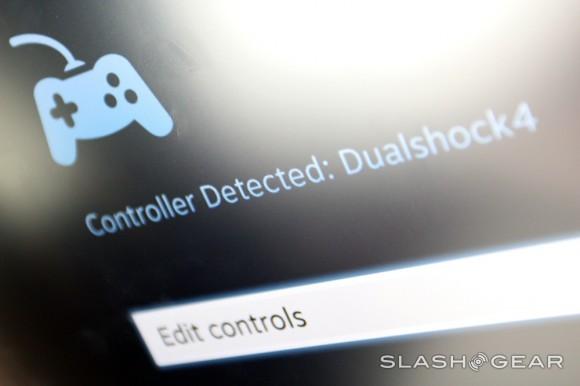 Connecting to SHIELD with a USB cable (with the same microUSB to USB host converter) worked like a charm. Using the DualShock 4 inside SHIELD worked just as well as it did on any other Android device, and continued to work in SHIELD’s unique user interface otherwise accessible with a press of the single large SHIELD button in its center.

Again, playing games on SHIELD worked dependent on each game’s individual efforts to accept 3rd party controllers, but since all SHIELD-optimized games are ready to roll in that respect, we’ve had one whole lot of success. Where it got interesting was in emulation. 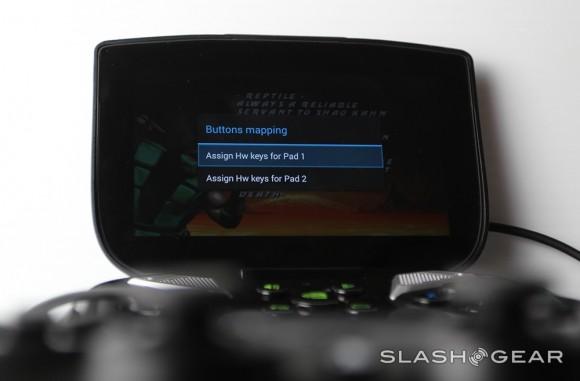 Using the same FPse PlayStation emulator we used in our SHIELD Tony Hawk testing, we loaded up the 1996 game Mortal Kombat Trilogy. When you have the DualShock 4 controller attached to SHIELD, this PlayStation emulator detects two controllers. When you’re doing this with a 2-player game like Mortal Kombat, you’re able to play the game in 2-player mode, with one player controlling their character on the SHIELD controller, the other controlling their character on the DualShock 4.

Now that we know this – the possibilities are endless.

Even if you don’t plan on purchasing a PlayStation 4, it’s certainly worth considering owning a DualShock 4 controller. Compatibility software development will happen quickly, and based solely on what we’re already able to do, it’s easy to imagine a much more fully-optimized experience in the near future. Have at it!