Now that the Xbox Series X is out in the wild, it’s time to take a closer look at its insides. The first step is always the most difficult, as it requires that the user break the seal – and effectively void any guarantees they had for repairs with Microsoft and/or the 3rd-party retail company from which they’ve purchased their Xbox Series X. Once we’re inside, the fine folks at iFixit provide a lovely list of identified components.

The full iFixit teardown delivers a whole bunch of high quality photos of the process one must go through to take an Xbox Series X apart. This is the Xbox Series X with AMD custom 8-core 3.8 GHz (3.66 GHz with SMT) Zen 2 CPU, AMD custom RDNA 2 GPU (1825 MHz with 52 compute units), 16 GB GDDR6 RAM, and 1TB SSD – basically the only version you can purchase in stores right now. 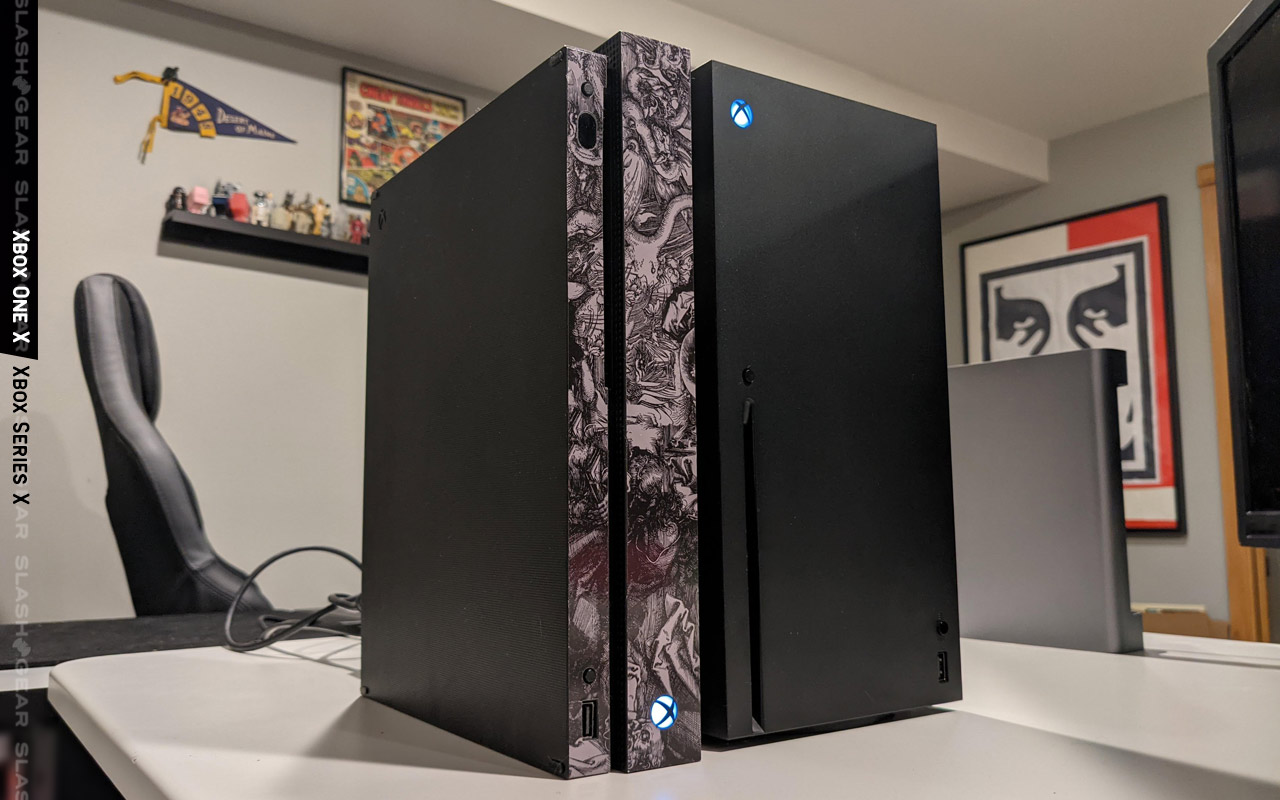 Inside the Xbox Series X is an interesting collection of hardware components the likes of which you might wish to match with future hardware for yourself. This includes the same optical drive as is included with the Xbox One X and Xbox One S – literally the same model number and everything.

To be extra super clear here: The full list of components as shown above were recorded and published by iFixit in a teardown which you can access with the link above.

The most awesome part of this whole contraption – if you ask me – is the cooling system. There’s not much magic one can do with a gaming console like this – it’s just a big box, after all – but look at this system for cooling! 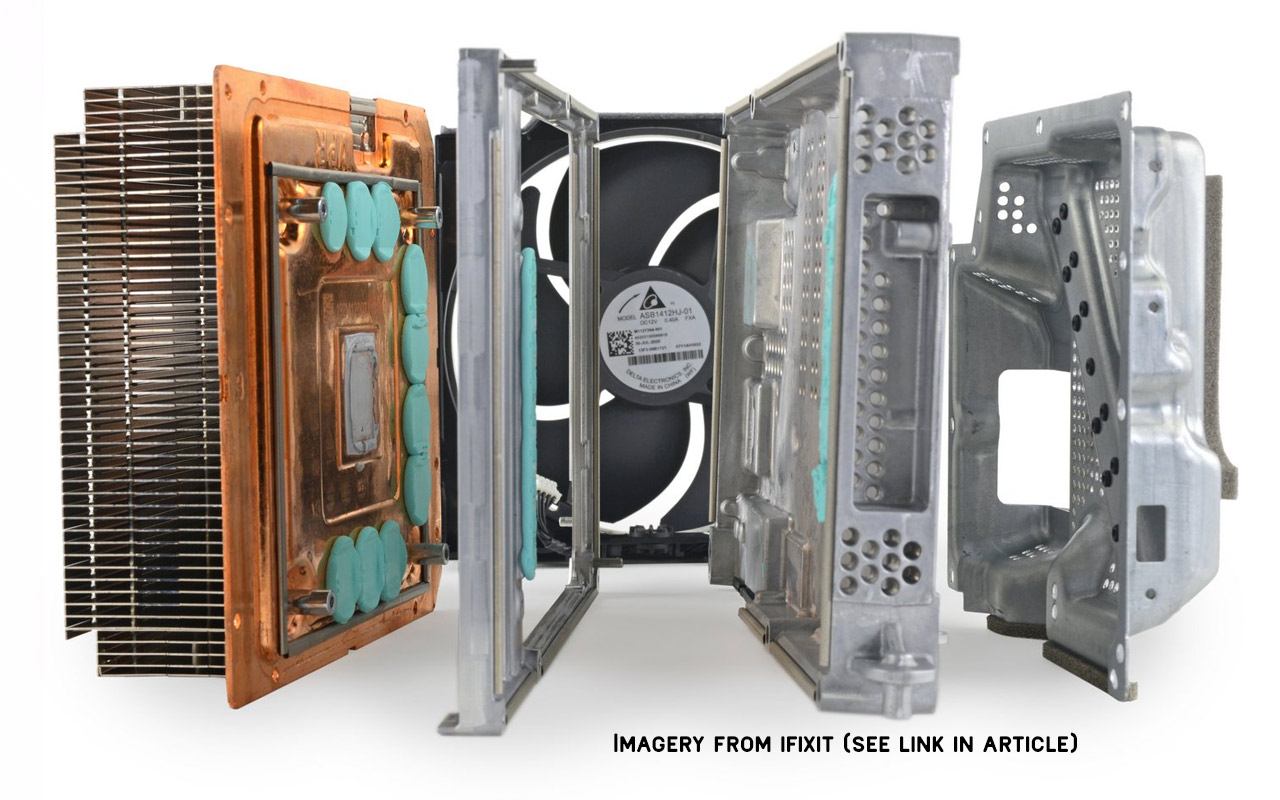 Above you’ll see a photo of the Xbox Series X’s cooling system photographed by iFixit. On the left is an array of metal fins attached to a copper vapor chamber. The fins pull heat from the chamber, the chamber touches the board via thermal paste. The metal plate (in the photo just to the right of the copper) acts as EM shield.

You’ll also see thermal pads throughout this setup, including on the center chassis. This center chassis has an array of holes reminiscent of the holes you’ll see on the outside of the Xbox Series X. These holes aren’t just there for looks – they’re carefully placed to maximize airflow while retaining shielding from environmental elements (like cat hair).

The EM shield on the right also sports an array of punch-holes, allowing air to cycle through the whole sandwich. This is all aided by the massive fan at the top of the console. This is the model AS81412HJ-01 from Delta Electronics, Inc., complete with Master Chief insignia Easter Egg.

The folks at iFixit rated this machine’s “repairability” at a 7 out of 10. That’s not terrible. The worst bit is the part where “critical component repairs are complicated by software locks.” We’re mostly excited to see all the parts that make up that fabulous cooling system.