The audio quality delivered by the Xbox Series X is excellent. I’ve had no issue with the way the Xbox Series X delivers the sound it’s meant to deliver for movies, shows, and games. If you’re looking for an optical audio jack here, you’re out of luck, as the Xbox Series X does not have such a jack. But through the HDMI 2.1 port and cord, the audio has been just as good as one might expect.

The Xbox Series X has one massive fan at its head. If you take a peek at the Xbox Series X’s innards, you’ll find a 130mm fan that’s as large as the square dimensions of the console.

Through the green color accented array of spaces at the top of the console and a similar set of holes at the bottom, the air does flow. Every test we’ve done with games running on Xbox Series X and Xbox One X, the new console stayed cooler than the elder. 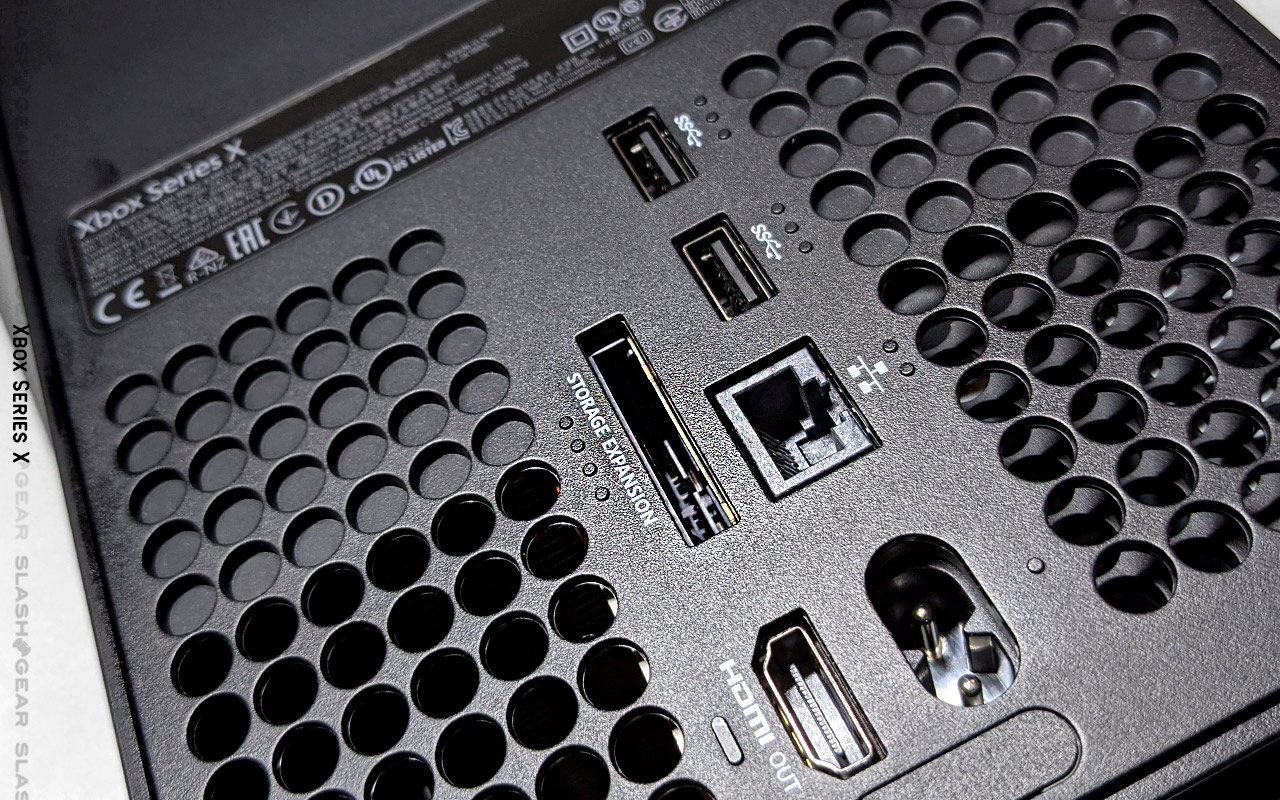 I used the same display for both consoles, so I flipped between inputs as I ran through games – often I needed to make sure of which console I was using, since the older console was making more sound than the newer unit.

Obviously this wouldn’t be an issue in and of itself for most new users, but it made me realize this key difference between devices. If you’re worried that the Xbox Series X will have a louder fan system, or that it’ll run hotter than its predecessor – fear not! If this situation changes as we continue to review games and test the console, you’ll be the first to know!