The game developer group known as Bungie have revealed several screenshot images of their upcoming top-tier title for Microsoft and Sony’s next-generation gaming consoles: Destiny. This game has been teased several times before, this week’s additions being a set of choice visions of our own planet’s futuristic moon. Up close and personal, Bungie has given another look at what the Xbox 720 will be delivering in the way of graphics.

Of course the PlayStation 4 and gaming PCs will also have their shot at this title in 2014. This title is being made by the same company that created Halo and has partnered up with Activision, the company that brings you Call of Duty. With such big-name titles on the line, Destiny has a lot to live up to. 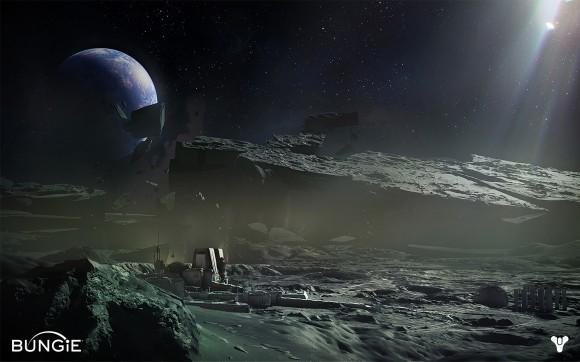 The images above and below are only small versions of the actual detail you’ll be able to see, Bungie delivering full-resolution pictures to the public to allow them a taste of full-screen possibilities. Though these images make the game look like a backdrop from a blockbuster film event, the final product will be an online exclusive first-person shooter.

This means that the Xbox 720 and the PlayStation 4 will continue down the road suggested for them in the latter days of their predecessors – this is a very connected future we’re starting soon.

Images of what Bungie calls its Abandoned Earth segment of the game – or environment, however it’ll be presented – have been unveiled as well. In these images its revealed that the planet is not simply a barren wasteland in this distant realm of possibility – it’s a place where nature has taken back what it owned before humans came along. Much like what’s seen in such apocalyptic films as I Am Legend, cities have been overgrown. 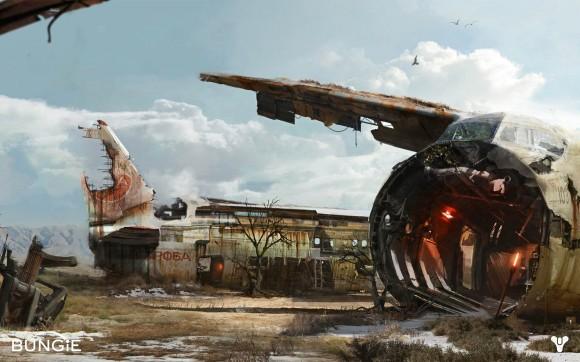 Bungie has also revealed information about the plot of this game. One of the several races available for use by you and your compatriots are the Guardians.

“You are a Guardian of the last safe city on Earth, able to wield some of the Traveler’s incredible power. You are taking this mantle just as a new day dawns. Titans, Hunters, and Warlocks have finally returned to our long-lost worlds, only to find out we are not alone. ” – Bungie, on Destiny 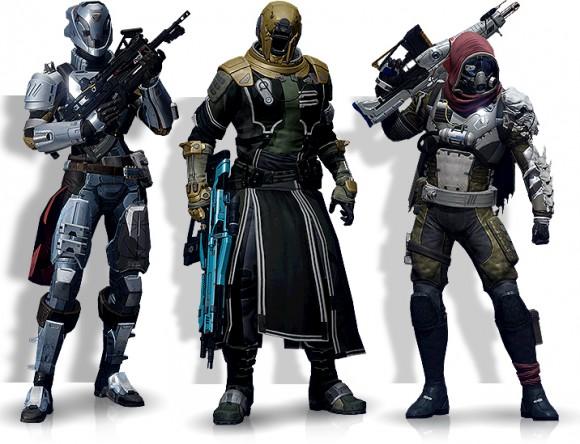 There are also Warlocks, Hunters, and Titans, each of which appear like they came directly out of the next Halo title. That or backup robots for Daft Punk. These and the visions of the Moon, also known as a “Forbidden Zone” by the newest reveal of the contents of the game, will provide for some rather interesting waves of unveils when this multi-platform title comes to fruition.

Above see full-sized versions of each of the images in this post for up-close inspection. Also have a peek at SlashGear’s Xbox 720 tag portal as well as our PlayStation 4 tag portal for the race to the finish line. As far as game developers are concerned, these two consoles are bringing the same beast to the party!