Withings wrote the book on making a fitness wearable that wasn’t an ugly hunk of rubber on your wrist: now, it wants the Steel HR Sport to do the same for smartwatches. Freshly returned to original co-founder Eric Carreel after a stint as Nokia Digital Health, this first product under new management argues you don’t need to sacrifice classic watch style just to get modern smart features. In an Apple Watch Series 4 age, though, does Withings’ nod to the analog past make too many compromises for its future?

The original Withings Activité watch, first released back in 2014, remains one of the most elegant ways to track your steps, with its analog-inspired design and sleek lines. It was also, of course, hardly worthy of being called a “smartwatch” in the context of what an Apple Watch or Wear OS device can do today. 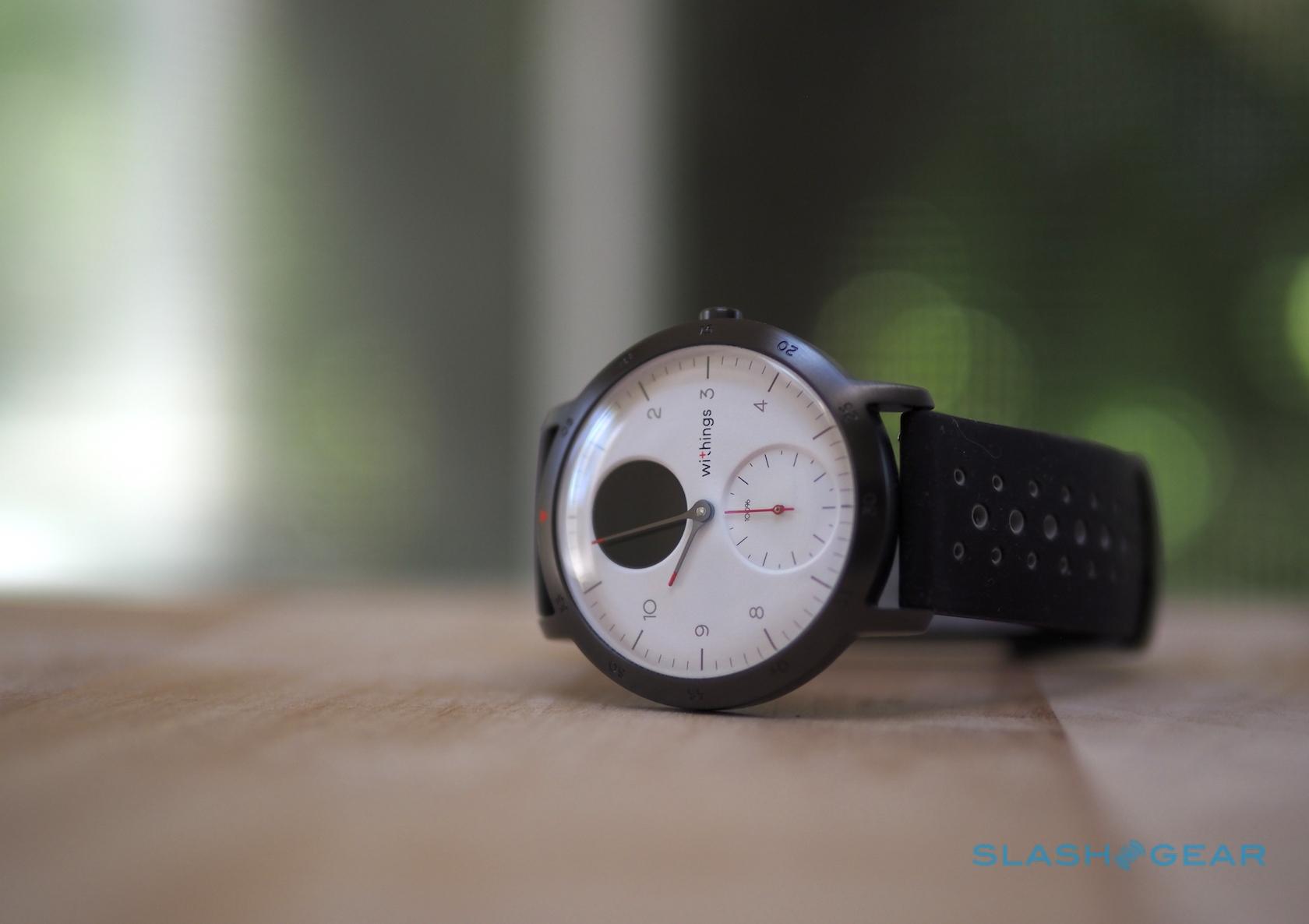 So, the Steel HR Sport – like the Steel HR before it – makes a little sacrifice on pure style to be more functional, too. The stainless steel case and slender analog hands are carried over, and the whole thing is now water resistant up to 50 meters. Withings includes a pleasingly restrained silicone strap in the box, and sells $29.95 replacements along with $49.95 leather straps if you want a change. They have quick-release catches for easier swapping, though you can use your own 40mm straps if you prefer.

Like a traditional chronograph, the Steel HR Sport has two sub-dials inset into its display. The lower of the two is dedicated to charting your daily progress toward your steps goal. It’s a percentage count of that, with the goal itself set within Withings’ Health Mate companion app. 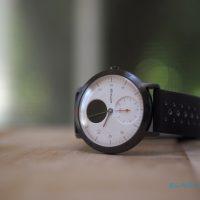 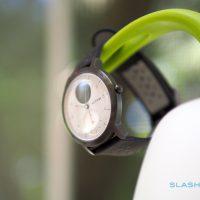 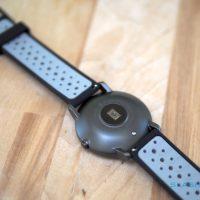 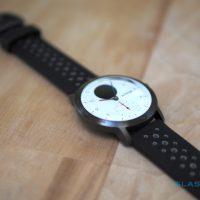 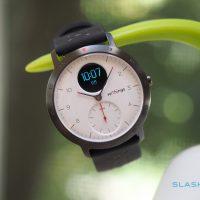 The upper sub-dial is actually a small monochrome OLED screen, which lights up when you press the side button. Initially it shows the date and time, but tapping the button again cycles through various other modes: heart rate, step count, distance traveled, calories burned, alarm, and finally battery status. Long-pressing the button, meanwhile, opens up the workout menu, which by default has options for running, swimming, biking, walking, and “other” that you then select with a short-press.

Withings has two versions of the Steel HR Sport, one with a white face and the other with a black version. The display certainly blends in more with the latter; the black OLED circle on the white face sacrifices a little of the elegance familiar from earlier Withings watches.

As with the Steel HR, the Steel HR Sport has a heart rate monitor and automatically takes a bpm reading every few minutes throughout the day. New, though, is VO2 Max estimation. That’s a calculation of your overall fitness level, based on how much oxygen your blood is capable of carrying. The bigger the amount, the more fit overall you’re deemed to be.

Withings isn’t the first to offer VO2 Max estimation, and the same provisos as applied to earlier attempts are equally valid for the Steel HR Sport. A full VO2 Max calculation is a complicated affair, involving a sports lab and some professionally-calibrated equipment. Obviously that’s not something you can condense into a watch and have have equal accuracy, so it’s best to take the Steel HR Sport’s assessment as unofficial guidance more than anything. 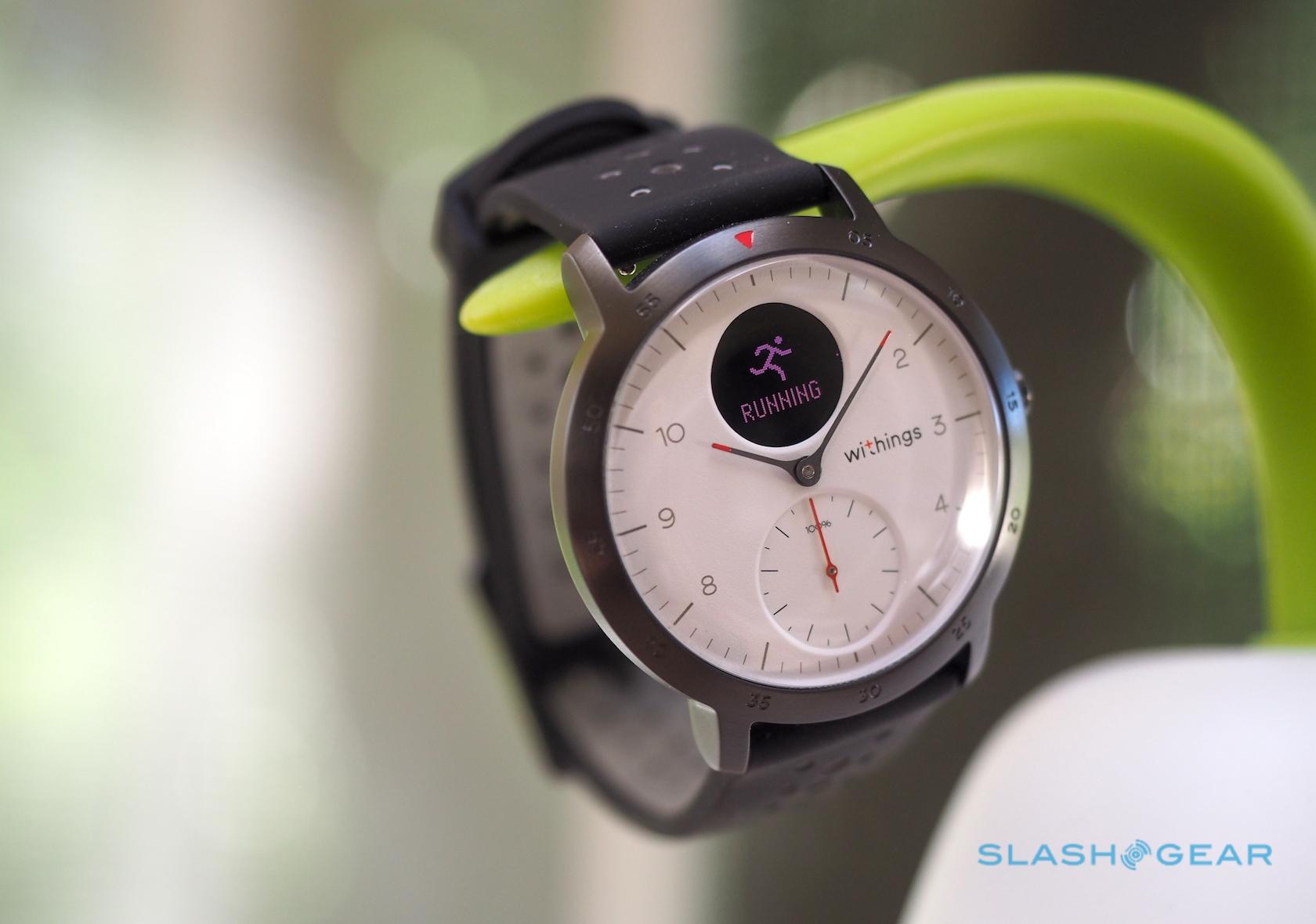 The other major improvement is Connected GPS. While the watch doesn’t have its own GPS chip, when paired with a smartphone – either iOS or Android – it can log your distance traveled and route for later review. The fact that you still need to carry your phone may frustrate some, but that’s the compromise for the Steel HR Sport’s small size and lengthy battery life. If you don’t have your phone, the watch can store up to five days of data locally, though you obviously won’t get GPS location in that.

As for workouts, while you can select from five on the watch itself, in fact it’ll track more than thirty. That includes rugby, tennis, and yoga, along with dancing, ping pong, Zumba, and pilates. Withings says that the watch and app will recognize them automatically, or you can select them manually on your phone. If you prefer, you can customize the five accessible from the Steel HR Sport itself. 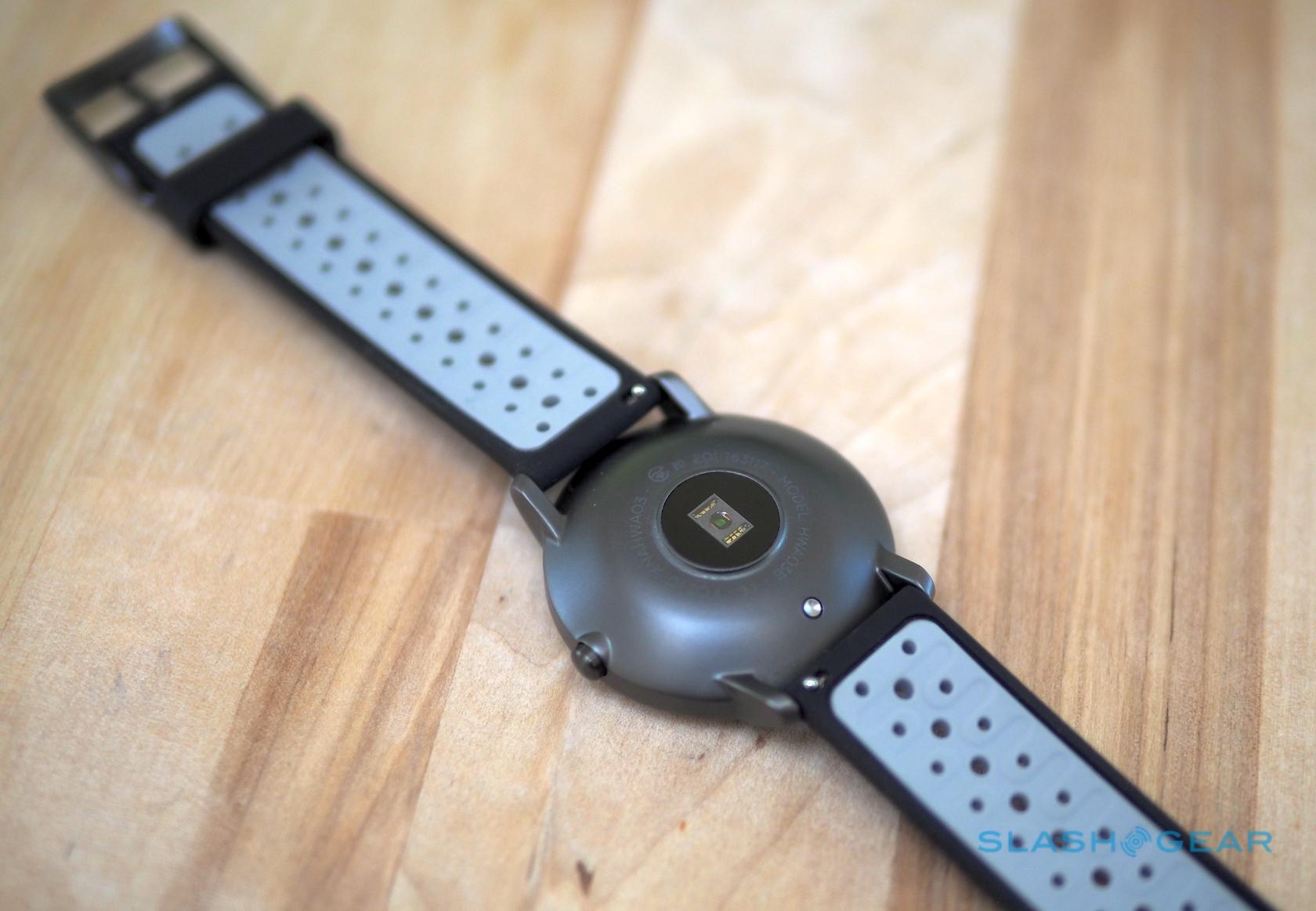 Unlike an Apple Watch, there’s minimal data served up on the Withings watch itself during your workout. Basically you get a few key metrics on the tiny OLED screen – for a walk that might be distance traveled and length of workout, while for swimming it could be how many laps you’ve done – with the rest served up in the app. Depending on how closely you like to keep an eye on your performance in the moment, the delayed gratification might be a big drawback.

Just as the Steel HR Sport supports automatic fitness tracking, so it can automatically tell when you’re going to bed and enter sleep tracking mode. That promises to differentiate between light and deep sleep stages, as well as monitor your heart rate. In the morning, you get an overall score out of 100, based on how consistently and deeply you slept, offset by how many interruptions you experienced. 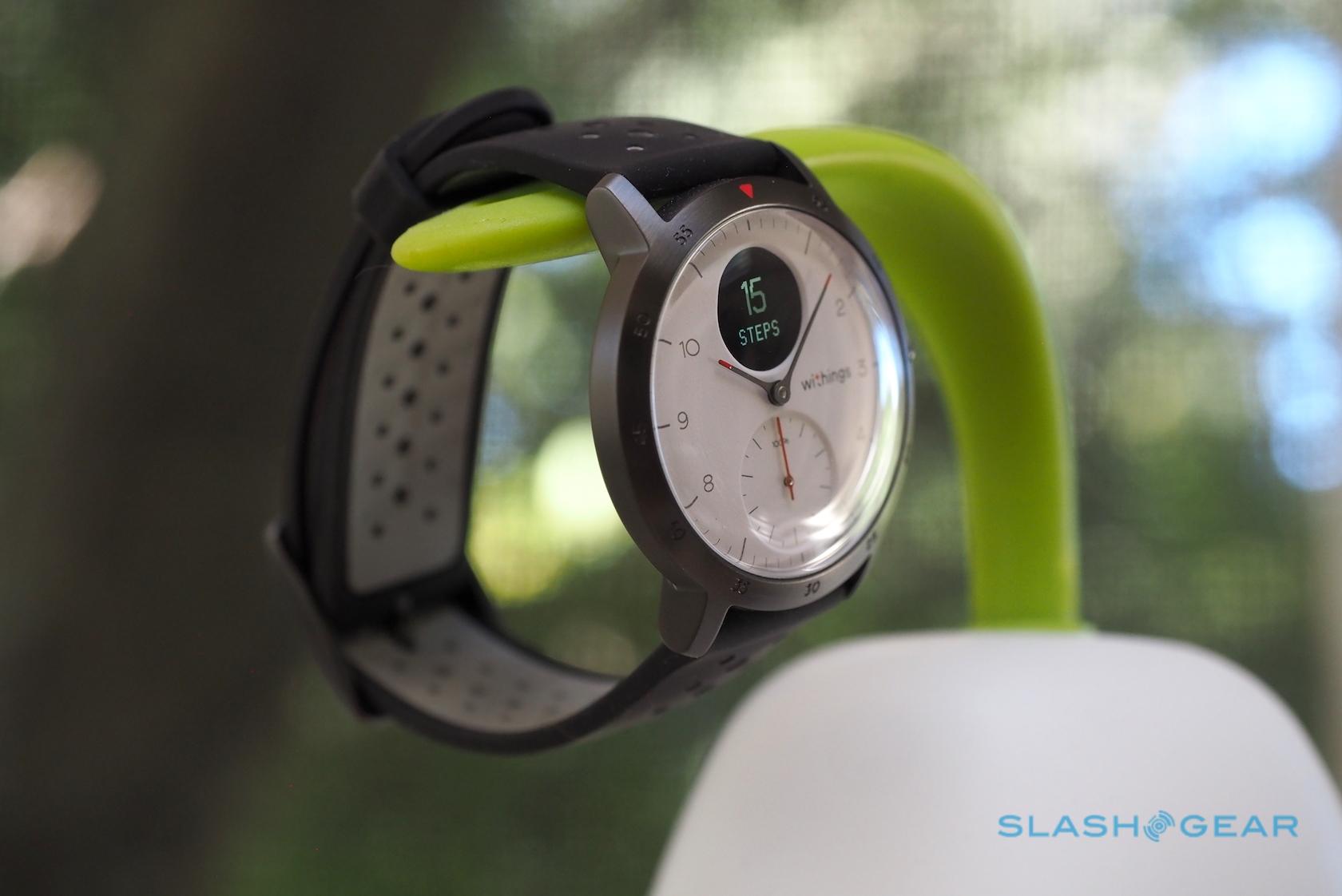 Withings also claims it can wake you up more effectively. For a start it’s a gentle vibration rather than a blaring siren – welcome, quite probably, if you share the bed with someone who doesn’t need to be up so early – but when it sounds is smarter, too. The Steel HR Sport tries to choose the point during your sleep cycle when you’ll wake most comfortably, even if that’s before the time you actually set the alarm for.

How useful all that is comes down to how readily you sleep while wearing a watch. It’s something I struggle with, personally – having something on my wrist keeps me awake – and the hard edges of the Steel HR Sport hardly helped there. Suddenly the rubbery, smooth design of rival fitness trackers seemed like a much more tempting prospect.

A tiny circle of smartness

Predominantly analog may look slick, but the downside to the Steel HR Sport’s surreptitious screen is how little it can show at any one time. Notifications appear as a single line of scrolling text, with a simple icon to indicate if it’s an email, text, calendar alerts, or something else.

You can customize which notifications get to appear on your wrist through the Health Mate app. It’s worth taking the time to do that, too, as otherwise the Steel HR Sport can be a fairly frustrating companion. Forget quickly glancing at your arm to check the reason behind the latest vibration: it takes at least a few seconds to read the preview as it scrolls across. 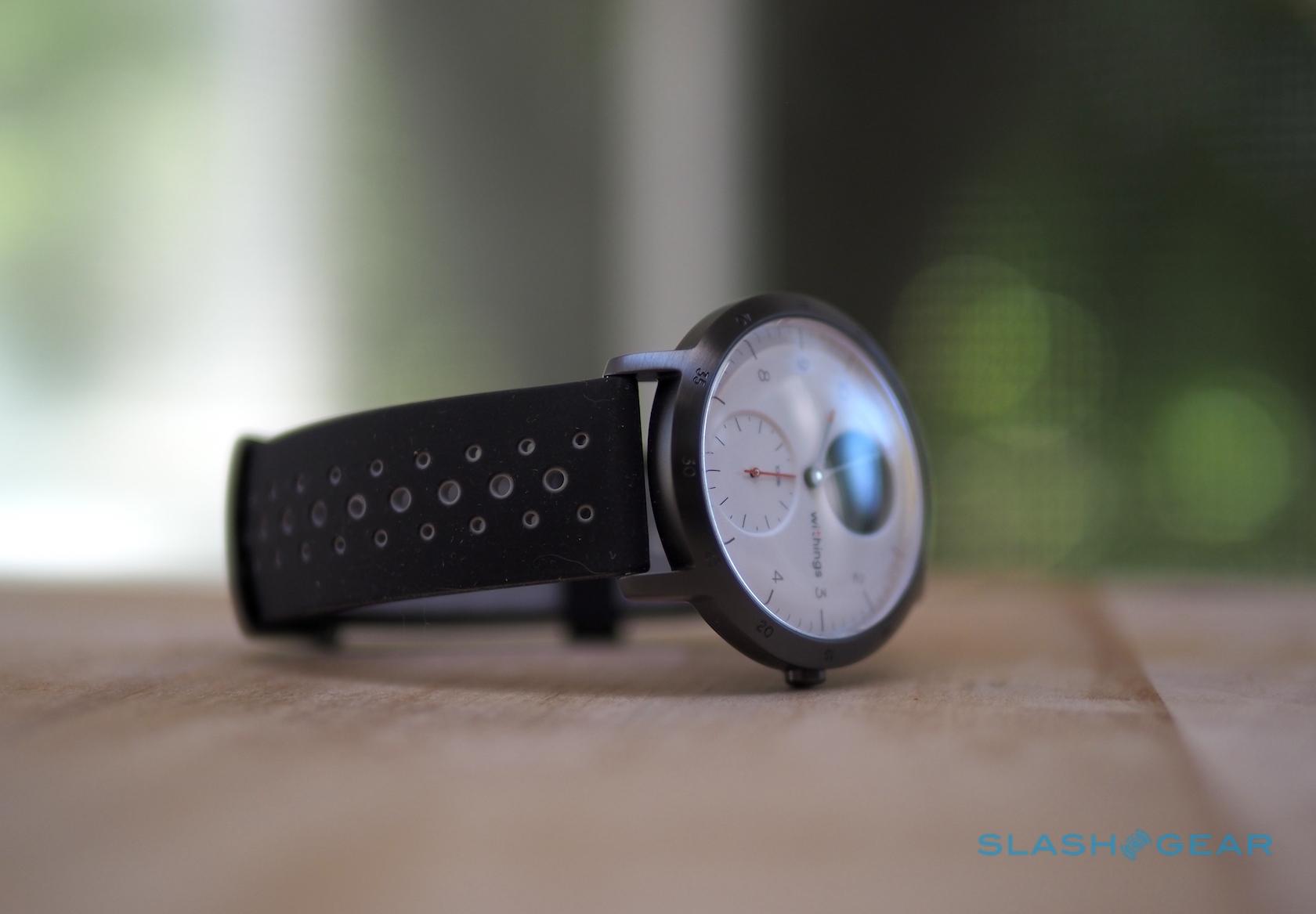 Oddly, Withings doesn’t simply mirror every possible notification from your smartphone. Instead, there’s roughly 100 third-party apps which are supported, each with the ability to turn on or off alerts. It’s an all-or-nothing affair; you can’t have, say, only those emails from your iPhone’s VIP contacts ping the Steel HR Sport, but not every other message.

Unlike an Apple Watch or Wear OS device, there’s no timeline of notifications on the Withings. You see only the latest alert when it comes in, an excerpt from it scrolling across twice before disappearing; when the screen times out, there’s no way to recover it on the watch. Similarly, if you get a bunch of notifications at once, the watch will vibrate multiple times accordingly but you can’t actually scroll through all the alerts. 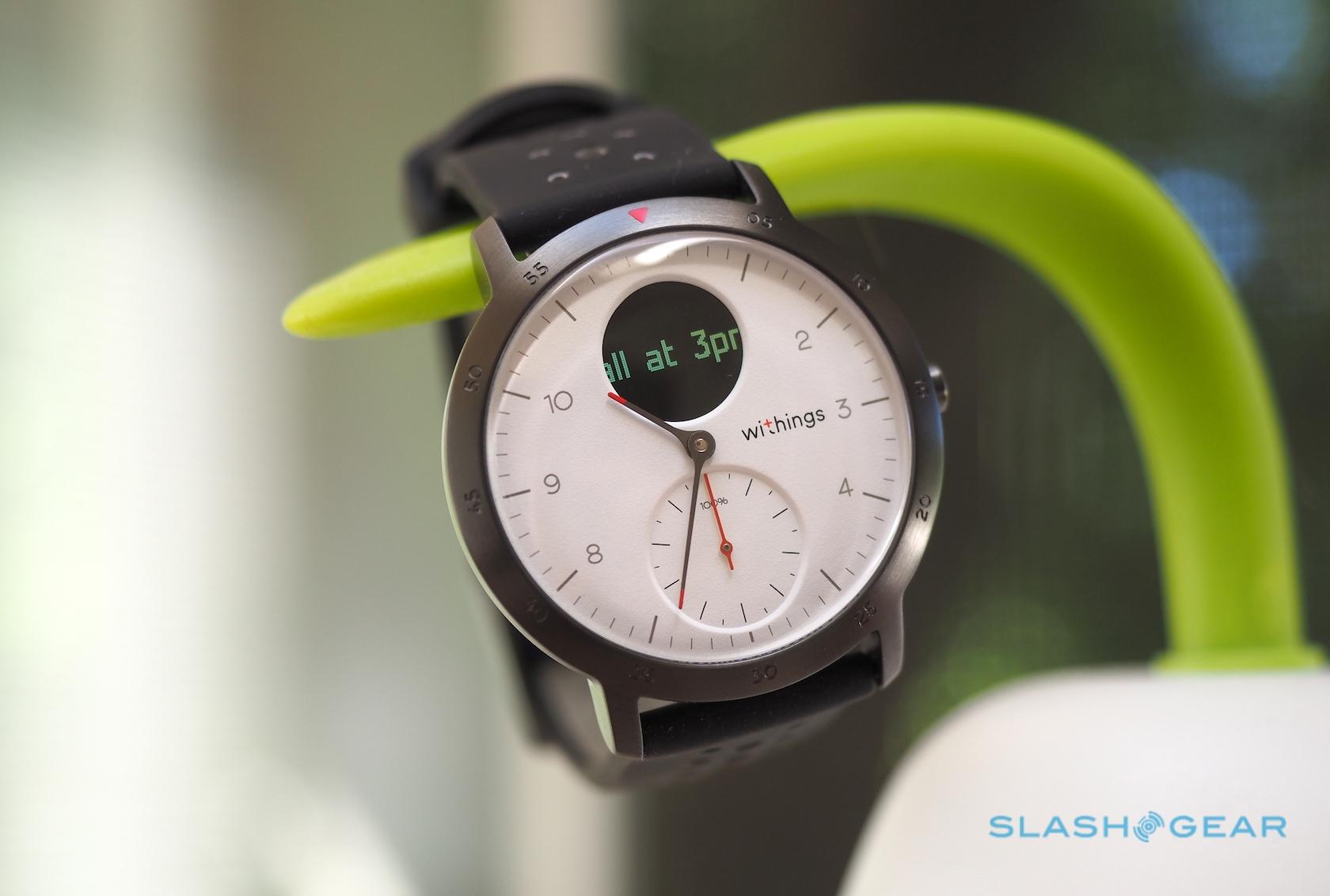 In the end, I turned off everything but the most sparing of announcements: calendar, phone, and text messages. Everything else tended to lead to an overload on my wrist, at which point I’d have to pull out my phone in order to do anything practical in response.

More stamina than most athletes

If there’s one place the Steel HR Sport stands out, it’s battery life. At a time when Apple is promising “a full day” from the Apple Watch Series 4, and Wear OS devices are lucky to make it through a couple of days at most, Withings’ 25 days of use is astonishing. 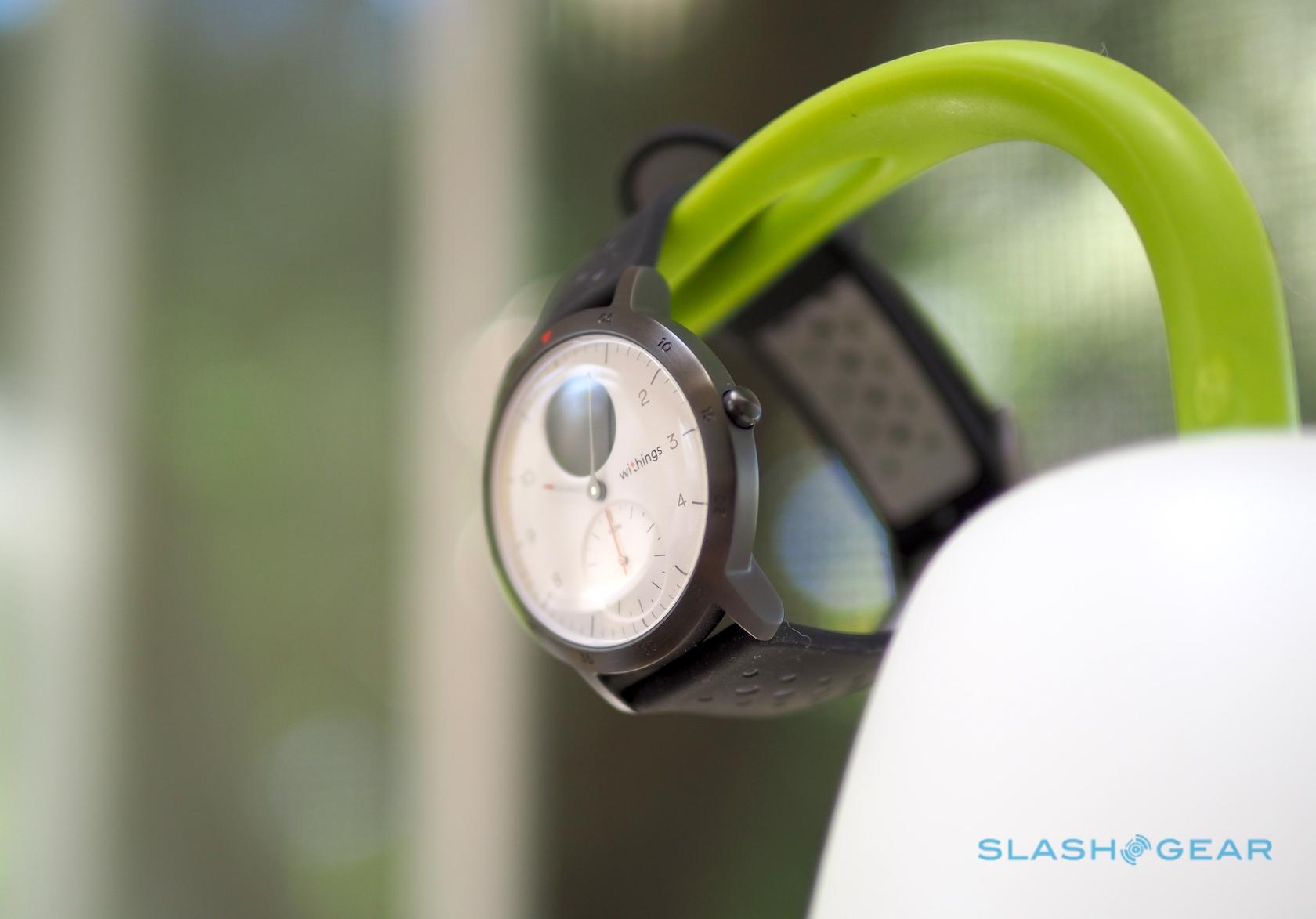 That’s 25 days of “normal use,” mind. If you’re in workout mode, you’re looking at five days: still, it has to be said, impressive. Even when the battery gage is looking close to empty, there’s a power reserve mode which can run for 20 additional days, while still showing the time and storing basic activity tracking data too.

I confess, I was skeptical. However, after three days of watching the battery sit resolutely at 100%, I was beginning to suspect the watch was lying to me. Eventually it did start to notch down, but even after close to six days of use it was still showing 84-percent. The biggest power problem you might face is losing track of the charging cable because you use it so rarely. 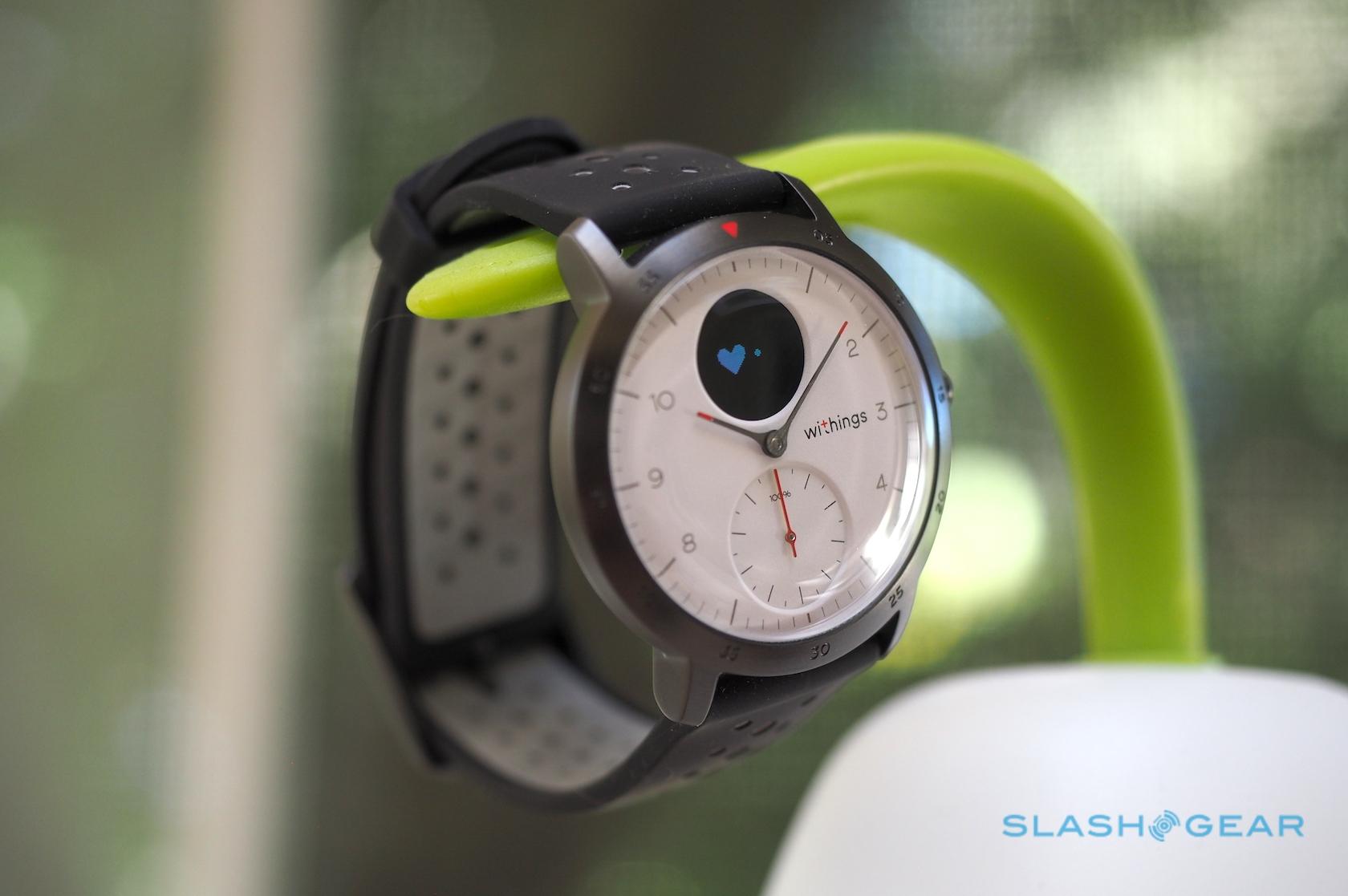 At $199.95, the Steel HR Sport undercuts an Apple Watch and comes in at the same ballpark as recent Wear OS watches. In reality, though, they’re not the best comparison. Withings’ tiny display and lackluster alert interactions certainly leave notifications feeling like an afterthought.

Better, then, to think of it as a fitness watch that’s handsome enough to wear 24/7, and notifications as a benign bonus. The Steel HR Sport isn’t some oversized hulk of molded rubber and plastic, and neither is it a space-age bangle that tracks health at the expense of style. Indeed you could easily wear it and have nobody realize it had any smarts at all. If you want design restraint and yet aren’t willing to compromise on fitness monitoring, Withing’s Steel HR Sport squeezes both into a handsome and affordable timepiece. 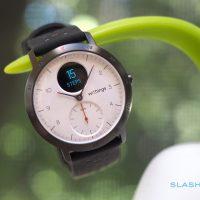 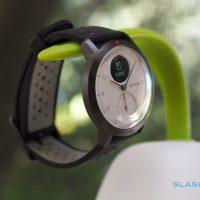 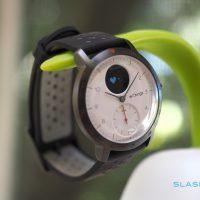 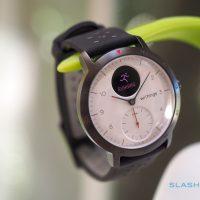 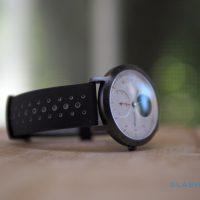 SlashGear uses affiliate links, and sometimes if you buy something we may receive a small commission