Rather than a smartwatch, how about a watch that’s simply smarter? Smartwatches and fitness trackers have long tried to borrow from the traditional horological handbook, but tech usually trumps style; heck, the specter of the Apple Watch may loom over all wearables, but even Cupertino’s wrist-candy needs no second glance to be mistaken for something different from a regular watch. Could salvation come from France by way of Switzerland, and the Withings Activité? With a price tag higher even than Apple’s, and a spec list conspicuously shorter, the Activité needs more than just its coveted “Swiss Made” branding, but after two months of it on my wrist, I’ve realized it has some unique charms of its own.

I’m used to being asked what’s on my wrist when I’m wearing a smartwatch. Even the more discrete of the breed – Pebble, like an 80s Casio, or the Moto 360 with its traditional circular form – tend to get attention once you start actually tapping at them.

Nobody has asked me about the Activité; at least, nobody who has recognized its smart credentials and wanted to know more. I’ve had a few admiring comments about its design as a watch, and certainly it’s handsome in a discrete, relatively sober way. The circular casing – 36.3 mm, picked, so Withings’ designer told me, so as not to look out of place on wrists either male or female – may affect a little glamor with its polished silver finish, but there’s so little metal visible that the effect is far from ostentatious. 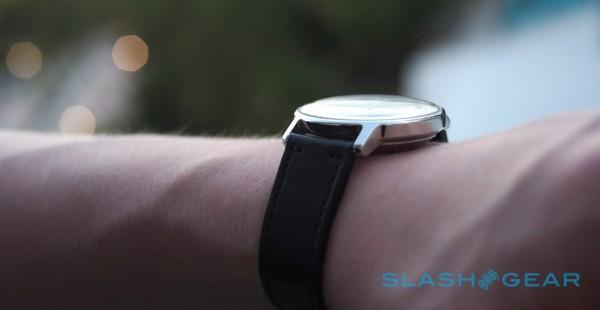 The black face and simple silver markings pair well with the slim aluminum hands, while a slash of dark orange from the secondary dial acts as a pleasing highlight. It’s matched by the similarly-orange “Activité” branding that sits discretely underneath the 12 o’clock position. A white face version with brown leather strap is also available.

Whichever finish you pick, Withings provides two different straps in the box, one leather and one silicone. Each has a simple release-pin that slots into the slim lugs, making swapping them over relatively straightforward. It’s something you’ll want to do if you intend to wear the watch where you might encounter water, since though the body is waterproof the default leather strap is not. Alternatively, any 18mm third-party watch strap should fit with no issues. 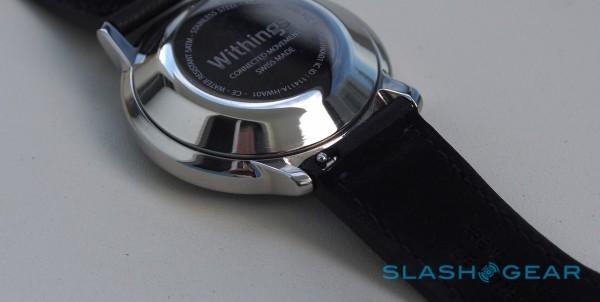 If the aesthetics are to face any complaint, it’s in the Activité’s thickness. The rear tapers, but even so the watch does stand fairly proud from your wrist. Certainly not to the degree that many smartwatches do (or, indeed, many of the oversized chronographs fashionable right now), but if you’re used to, say, the IWC Portofino the Withings bears some resemblance to, you’ll notice the difference.

So how smart can analog be?

As Google has discovered with Android Wear, and Apple may still find, figuring out the right degree of “smartness” to bake into your wearable isn’t as easy as you might think. Too little, and you run into legitimate questions of why someone should bother strapping it to their wrist; too much, and you can end up struggling with screen size, input methods, physical bulk, and of course battery life. 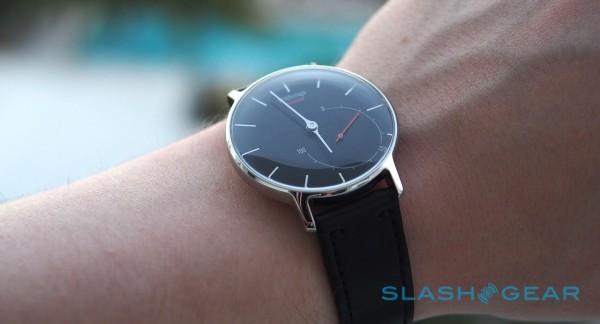 Withings’ solution is to be conservative: its wearable does a little more, but nothing too ambitous. In fact, though it may be a smarter watch, the Activité is really more akin to a fitness wearable.

Rather than integrate some sort of screen, the Activité relies on the Bluetooth-paired phone for 99-percent of its notifications. All the watch itself shows is your progress to a step goal – measured by the orange hand – with a vibration alert for when you meet your target or to wake you with the smart alarm.

It also means that physical controls are almost entirely absent. There’s a single button on the underside, used to hard-reset the watch or power it off completely, while if you’ve set an alarm then double-tapping the sapphire cover-glass causes the hands to briefly shuttle around and show when it will sound.

No touchscreen, though, or even a crown on the side (which gives the Activité away as something atypical to observant timepiece aficionados).

That simplicity is a double-edged sword, though I feel the positive side is sharper than the negative. Biggest among the pluses is the battery life, which rather than the days (or even hours) most smartwatches and even fitness trackers are measured in, comes in instead at an estimated eight months.

It’s difficult to explain quite how liberating that is. Usually, when you decide to introduce any new gadget into your life, you’re also agreeing to accommodate the whims of its charging schedule. That could mean a cradle on your nightstand, or a proprietary adapter, or just another microUSB plug: whatever the connection, it’s something else to think about, and to weigh against the appeal of the device itself.

With the Activité, however, you don’t need to think about that; you just fasten it around your wrist and get on with things. Withings’ eight month estimate is based on regular use and a single vibration alarm a day, to wake you up; forego the latter, and there’s no reason to assume you couldn’t go even longer between replacing the generic button-cell battery (similarly, while you can set multiple alarms in the companion app, being profligate with the Activité’s vibration feature will get you a dead battery much sooner). 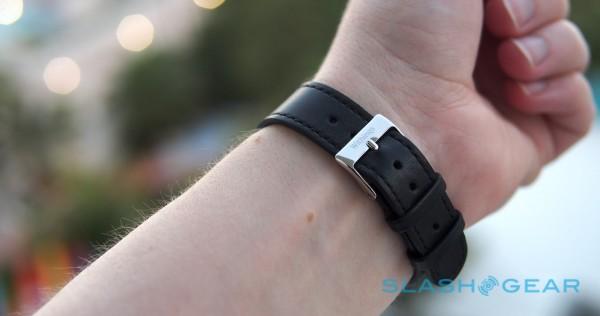 The downside to the simplicity is what you don’t get that many wearables now offer. If your phone is ringing, or you have a new message, your Activité won’t tell you. You can’t use it to remotely-control your smart home, or trigger IFTTT recipes, or ask for navigation directions.

In short, it’s a “Watch+” rather than a smartwatch per-se. I also encountered a couple of annoying connection glitches: occasionally I needed to re-open the companion app in order to force a reconnection.

More frustrating, twice the Activité “forgot” what time it was, and required a re-sync in order to reset the hands. Not a common issue, no, but since there’s no way to adjust the time without the app, if you were sporting the watch but had left your smartphone at home, you’d be out of luck. 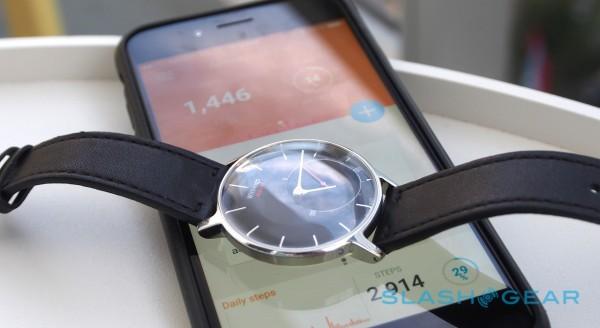 As well as counting steps – to the default 10,000 goal, which oddly cannot be changed – the Activité can track sleep. How useful that is will depend on how well you sleep while wearing a watch in the first place: I struggled to get comfortable in bed with it on my wrist. To be fair, I’ve had similar complaints in the past about even smaller wearables, like Jawbone’s UP24, and my current sleep-tracker of preference is entirely non-contact.

Still, if you’re not so fussy then the Activité can tell the difference between light and deep phases of sleep, giving you ratings for things like “body relief”, as well as showing how long it took you to fall asleep and how long to get up. The watch doesn’t need to be manually switched into sleep tracking mode, either, unlike some rival wearables, though the alarm isn’t smart and doesn’t take into account your current phase when deciding to rouse you. 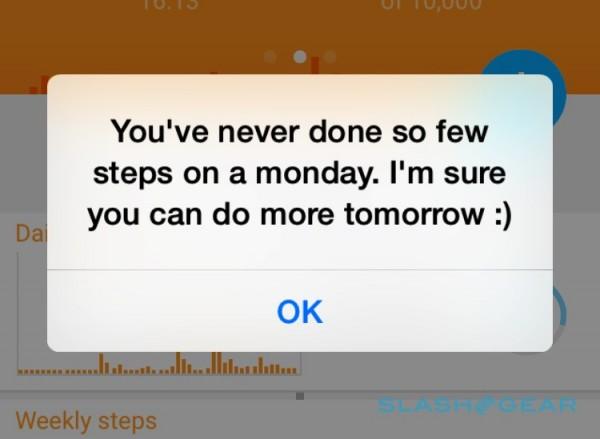 Annoyingly, you can’t silence the alarm either: the Activité simply vibrates for around thirty seconds and then stops automatically. That’s doubly-frustrating when you realize there’s no day scheduling – you either have the same alarm every day, or turned off altogether – and your wrist starts vibrating unstoppably on Saturday morning.

Withings has a companion app for iPhone but not Android (support is expected by the end of March), and in fact the same app will handle not only the Activité smartwatch but the company’s Pulse activity tracker, Smart Body Analyzer scale, regular wireless scale, blood pressure monitor cuff, and Aura sleep system. Like many of its ilk, it not only collates data but builds in some degree of social interaction, with a leaderboard of top scores. 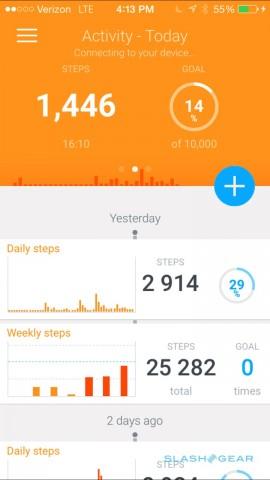 Setup is straightforward: when you pull out the battery tab on the back of the watch, it automatically switches into Bluetooth pairing mode (you can force it into pairing mode using the included pin and the rear button). The app locates the watch, and then walks you through adjusting the hands: basically tweaking their position so that, to begin with, they’re all at the 12 o’clock position.

After that, they spin deftly around to show the time (something which is fun to catch out of the corner of your eye when you get off a flight in a different timezone and your Activité automatically resets itself).

From the outset, Withings focuses on body weight as a goal. It’s not obligatory, however, and you can leave the target turned off, instead simply tracking activity. Each day gets a graph showing movement by hour, and there are counts for steps in total, distance traveled, and calorific burn (both active and passive). 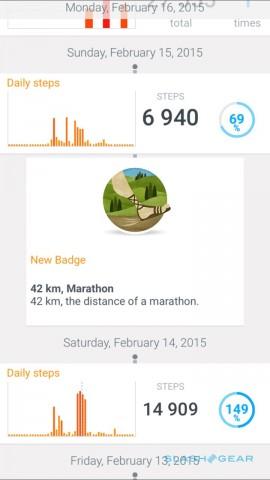 A timeline underneath breaks down each period of activity into what you were doing – walking, running, etc. – and their individual counts. Punctuating the overall timeline are reward badges, awarded for achievements like traveling the same overall distance as a marathon, along with weekly summaries.

There are some metrics missing that other wearables offer. Activité lacks a heart rate monitor, though in Withings’ defence I’ve had mixed results from rival smartwatches and fitness bands when it comes to the accuracy and consistency of their pulse tracking.

Although elevation change is listed as one of the recorded numbers, in actual fact the watch can’t figure that out: you’ll need Withings’ Pulse O2 for that, and unfortunately you can’t have both linked to the same user account simultaneously.

For a smartwatch, the Withings Activité is expensive. At $450, it’s $200 more than what Motorola will charge you for the altogether more capable Moto 360, and three times a Jawbone UP24 which tracks the same health metrics.

What neither the Moto 360 or the UP24 have, however, is the style and familiarity of the Withings watch. Even with more than a casual glance, you could be forgiven for mistaking the Activité for nothing more than a sleek dress watch. Its superlative battery life for a smart device is something that, once experienced, is difficult to give up. 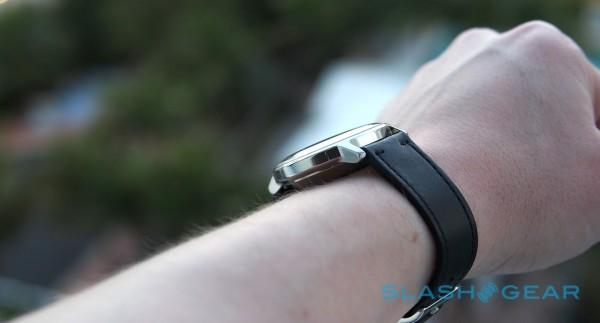 In short, it doesn’t bulldoze its way into your life, demanding compromise. Instead, it’s one of a growing number of devices that simply gather data in the background, quietly whispering metrics with as little interaction required from you as you yourself want. Simply want a passive record of your movement over the course of a day, a week, a month? Activité can do that. Want to be more goal-focused, with targets and achievements? Activité can do that, too.

It’s not perfect, mind. The alarm functionality feels rudimentary, and the time sync failures proved frustrating. The biggest complaint I can level at it is the price tag, but there Withings has an answer too. The Activité now sits at the top of a wearable range for the company, with the far more affordable $150 Activité Pop delivering the same core functionality, albeit in a less premium case. 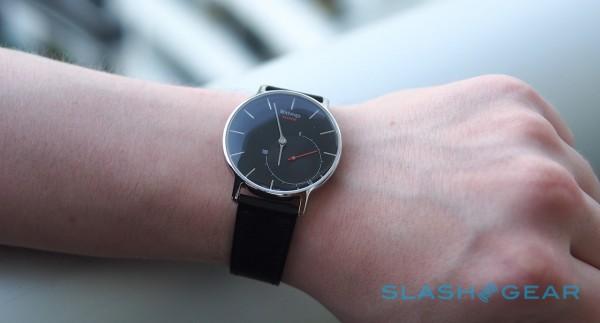 Smartwatches, and the wearables category they belong to, are still in their infancy. There’s no single consensus as to what they should do, or look like, or indeed the criteria by which they should be decided a success or a failure. On the one hand that makes judging them difficult since, more so than a phone or a laptop, they’re tremendously individual. On the other, though, it leaves huge scope for different variations, and that means more chance of finding the right model for you.

The Withings Activité certainly isn’t a cheap way to gather activity stats, but its combination of style and – for the most part – transparent collection of body data makes it well worth considering if the current crop of rubbery wearables leave you cold. 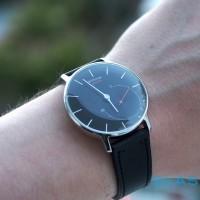 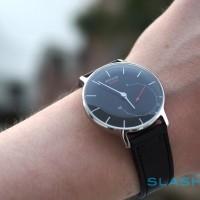 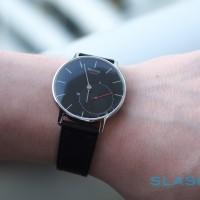 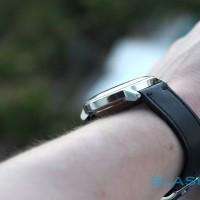 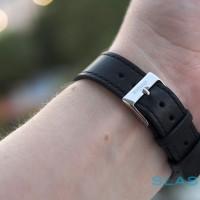 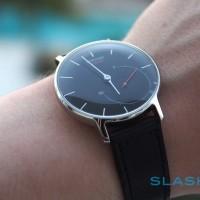 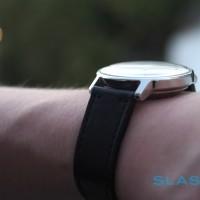 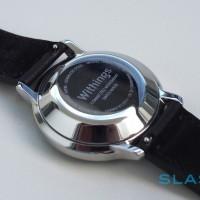 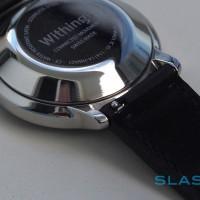 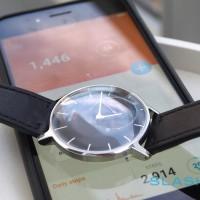 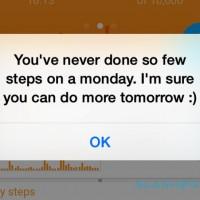 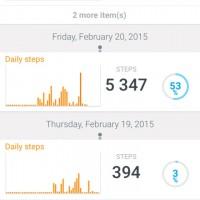 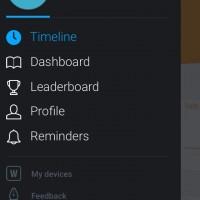 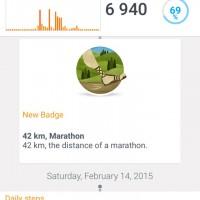 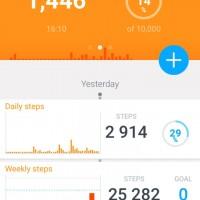 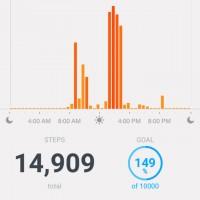 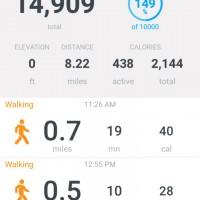