Will There One Day Be A Universal Game Console?

As I’ve noted on SlashGear before, I have what some might call a gaming closet museum. Over the last couple of decades, I’ve collected consoles, handhelds, and popular games, and kept them on the ready in the event I want to go old school and power on my old Atari 2600 or check out an NES title.

I recently found myself bored and decided to break out some of those old hardware devices. And as I combed my way through all of those products, I couldn’t help but wonder: what if we had a single console to rule them all? A device that was universally supported and acted as the only console we needed for the generation.

The excitement was palpable. I started thinking up ways in which the console would work and the chances of every developer – from Nintendo to Electronic Arts – supporting it for the good of the community. Surely, it would be possible, right?

Then I started thinking about the reality of the gaming industry. We have three companies right now offering hardware, and not one of them looks to be willing to change their strategies. What’s worse, none of them like each other. 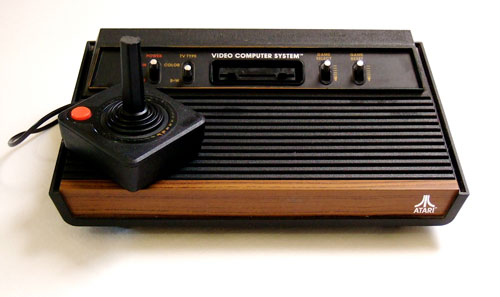 As if that’s not enough, we’ve come to a place in the gaming community where some people would just not play titles from their favored company on another console. Nintendo fans, for example, curse at the thought of being able to play their beloved Super Mario or The Legend of Zelda games on a console designed by another company.

But perhaps a universal console is where the industry should be headed. In a world where people have less money to spend, wouldn’t it be nice to pay for one $300 or $400 console, and not worry about buying two or three for that price? And by reducing hardware-acquisition costs, it’s possible that developers and publishers can make far more on the backside, since customers will have more to spend.

In a perfect world, Microsoft, Sony, Nintendo, and perhaps other members of the gaming community would collaborate on the universal game console, offering up their own two cents on what should be included and what shouldn’t. The result? A device that would likely deliver high-quality graphics, unique concepts, and a design that would make people across the globe quite happy.

[aquote]Perhaps a universal console is where the industry should be headed.[/aquote]

Combining the strengths of all gaming companies delivers the very best results, if you ask me.

But unfortunately, no one is asking me. The game industry has become big business. And whether we old school gamers, who desire the old days of innovation, like it or not, the chances of the industry changing are slim and none.

We’re stuck with multiple consoles, games that are exclusive to some products, and a community that can’t quite get itself to accept major change.

It’s unfortunate, isn’t it? I think a world where a universal game console was the norm would be a better place. But maybe I’m alone.

Let us know in the comments below how you would feel if a universal game console ever hit store shelves.