All of a sudden, I’m excited about HTC again. After a dire 2012 and a dreary line-up the twelve months before that, the HTC One is a blast of fresh air and has a real “return to form” feel for the company. I was lucky enough to spend some extended time with the One ahead of today’s launch, and came away impressed with HTC’s attention to detail and concerned that it would struggle to communicate its message. Rather than follow the trend of more megapixels, HTC opted out and went for a photography system that, it claims, is far more relevant to how people actually use their smartphones.

First the good news. The One feels excellent in the hand, and while people have commented that – in the leaked shots at least – it bears a resemblance to the iPhone 5, in the metal it’s very different. It’s one of the sturdiest, most premium-feeling Android devices we can recall, and that effort will hopefully pay dividends when it comes to distinguishing itself against other phones in-store.

It takes us back to the days of the HTC Hero, which was an incredibly exciting device, one that encapsulated the idea that Android was tremendously liberating in some way. That Google pushed out this platform which gave manufacturers great breadth of freedom to innovate on top of it. Android at the time looked relatively basic, and things like HTC Sense weren’t just reskins for the sake of differentiation but a completely new environment in which to operate.

Since then, of course, Google hasn’t been standing still. Most of the key elements that HTC introduced with Sense – the social networking integration, for instance – got gradually integrated into the core OS, and over time HTC’s software felt more like visual change for the sake of it. New UIs aren’t a bad thing in and of themselves – one of Android’s strengths is its flexibility, after all – but when they delay firmware updates then users unsurprisingly sour on them.

HTC has moved to address that, building in support for incremental updates into Sense 5, and giving its engineers the ability to tweak preloaded apps like BlinkFeed and the Zoe photography system without having to wait for a full ROM to be carrier tested and distributed. Meanwhile, the apps themselves are the most compelling we’ve seen on an HTC device for some time: BlinkFeed, and its “snackable” approach to news and social consumption does make some sense considering how people use their phones today, while Zoe – though initially confusing – gets more fun the longer you interact with it.

HTC could still shoot itself in the foot, if it doesn’t make good on its promise to develop what its shown us in fledgling status today. I’ve criticized the company in the past for introducing with solid ideas but then failing to capitalize on them – OnLive gaming, for instance, or Sense Online – and so while Sense 5 is a welcome revamp, only time will tell whether HTC has the sticking power to give it the refinement it deserves and the longevity users demand.

That’s not the big problem, though; that has a Samsung logo. The Korean company’s marketing spend around the Galaxy S III has been vast, and shows little sign of abating as the much-rumored Galaxy S4 approaches. No matter how good last year’s HTC One X and One X+ might have been – and we were pretty impressed at the time – they were simply buried by the Galaxy hype, to the point where the smartphone market became in effect a two-horse race: do you go iPhone or do you go Galaxy S III?

HTC undoubtedly recognises that marketing and promotion is its weak link; unfortunately, the knowledge you have a problem doesn’t put any more cash in the war-chest, and HTC simply can’t afford to match Samsung’s huge campaigns. That’s bad enough when you have devices, like the One X, which directly compete on specifications with rivals, but it’s a potential kiss of death when, in the case of the HTC One, you’re having to explain complex and confusing decisions you’ve made, such as UltraPixels and the whole Zoe system. 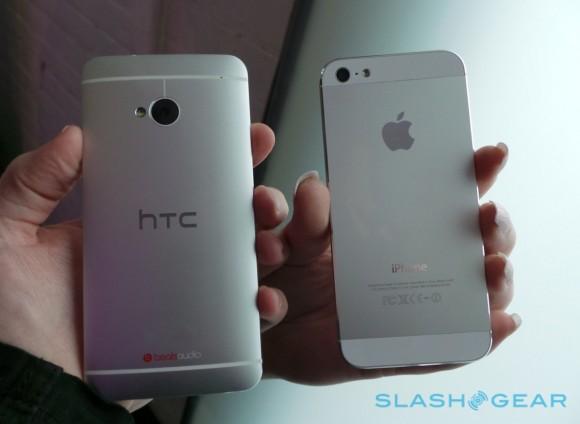 Specifications may “be dead” as we’re regularly told, but consumers still play spec-sheet bingo in stores, comparing the raw numbers of one to the numbers of another. Will they spend the time to figure out why HTC’s 4-megapixels might, in fact, be better than the 8- or 13-megapixels of another device? Or will HTC’s phone simply earn a spot at the bottom of the table?

The only way to compete on that front is education: teaching customer services reps how to teach would-be buyers why they should care about one thing and not just take numbers at face value. That’s not something HTC’s “Quietly Brilliant’ marketing strategy of old has proved particularly good at, and there’re expensive lessons to give, when few sales people will ever be criticized for recommending Apple or Samsung.

If all things were equal, the HTC One would be an inescapable contender in 2013. The hardware is incredible, the software a promising return to old form, and for once there’s a sense that a manufacturer has stopped to consider what users actually do, not what might sound best in “mine is bigger” advertising. Equality is a pipe-dream, though, and the HTC One will have to fight tooth and nail – and HTC make the very most of its limited marketing budget – if it wants to raise its head above the rest of the smartphone noise.

Find out more on the HTC One in our hardware hands-on, plus our rundown of Zoe and UltraPixels, and the new Sense 5 and BlinkFeed technology.