Why E3 won’t be as exciting as you think

With E3 2010 just a few days away, it’s now time to consider what Sony, Nintendo, Microsoft, and all the major developers will be delivering. The show is the biggest gaming confab of the year, and it stands to reason that all the secrets that developers and hardware companies have been keeping over the past year (or more) will be unveiled. That’s certainly the case in the past. E3 has been home to console announcements, additions to major franchises, and much, much more.

But that doesn’t necessarily mean that every show is great. In fact, 2009 was arguably a somewhat subdued affair with few major announcements. At the time, game critics said that the big E3, and the one that would come to define the start of the next decade, would be happening in June 2010.

Well, now we’re here. And although we have a pretty good idea of what will be shown, and what will not, it’s quickly becoming clear that E3 2010 won’t be as exciting as some pundits and analysts are saying.

Will it be fun? Sure. Will it have some surprises? Of course. But it won’t be the single savior of the gaming business for the year. It will be a show that, in about a month, we’ll forget all about.

The main reason why is motion gaming.

I’ll be the first to admit that I just don’t like motion control. Although I have owned a Nintendo Wii since launch, the console has never appealed to me. Call me old school, but the way I see it, controlling on-screen action with a remote just isn’t all that exciting. It not only limits what I can do (just try playing a first-person shooter on the Wii), but it makes the game feel gimmicky. And all that fails to mention the fact that third-party developers, so far, have been unable to deliver many viable Wii experiences.

And yet, both Sony and Microsoft plan to unveil their motion-gaming devices at E3. Microsoft’s Project Natal is arguably the more interesting of the two technologies, but I just don’t see that many people caring all that much. Yes, it will be nice to control on-screen action with my body when I have a group of friends over, but I like being able to relax on the couch and just play a game. I don’t want to jump around. I like that the Xbox 360 doesn’t require me to do that. 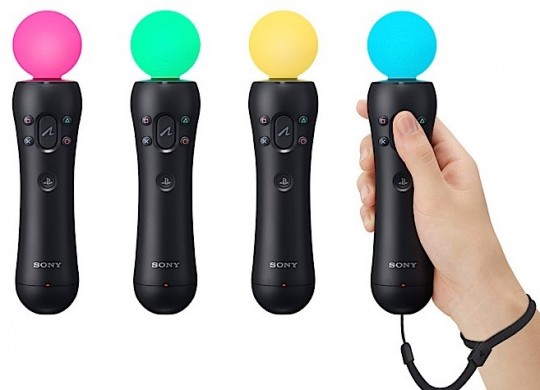 On the Sony side, the same can be said. But I, and perhaps many gaming fans, will have a little less affection towards the PlayStation move than Natal. Move seems like another Wii experience, since it requires users to hold a wand to control on-screen action. And like Microsoft, I’m concerned that Sony will try to hype it too much, and lose sight of the value of its console.

The main redeeming quality of Natal and Move is that they aren’t required to play games on either console. In other words, there will be both standard PS3 games and Move titles. Not every game will require Move to play. That’s awfully welcome, when one considers that Nintendo requires developers to make games using the Wii Remote.

There’s little debating that motion gaming will lead the E3 charge. But given the recent decline in Wii sales and the fact that most folks just aren’t buying Wii titles that aren’t made by Nintendo, it’s not a stretch to say that, when all the hoopla subsides and we need to take an objective look at E3, we’ll find that motion gaming really isn’t as exciting as we originally thought.

But it’s not just motion. It stands to reason that with Nintendo unveiling the 3DS at the show, 3D gaming will also share some of the limelight of E3. Call me crazy, but 3D gaming seems rather gimmicky. Yes, some gamers will like to play with characters flying around their heads, but for now, save for the 3DS, reportedly, we will be required to wear glasses when trying to play. That’s not convenient. After a while, don’t you think it will get a bit old to have 3D all over the place?

And considering so few people have 3D TVs right now, there will likely be a small portion of the gaming community that will even care that developers are offering up 3D titles for their favorite consoles. It will make all the headlines for sure, but it won’t matter to most.

That’s what I fear most about E3 this year. Rather than focus on the games that players really care about, it will be headlined by motion gaming and 3D — two areas that most players probably won’t care that much about.

The announcement of major titles and brand-new consoles would make E3 exciting; some 3D games and two peripherals that we already know a lot about just aren’t going to do it.

Sorry, but don’t expect much out of E3 this year.