Why does Nintendo seem to resent its fans so much?

Nintendo has used this limited-time strategy a few different times in the past, and I’ve been a critic of it each time. There is nothing consumer-friendly about the decision to only offer something like Super Mario 3D All-Stars or the NES/SNES Classic for a limited amount of time; in fact, Nintendo uses this strategy for specifically anti-consumer reasons, because it knows telling the world that something will only be available for a limited time will increase demand and trigger the fear of missing out within Nintendo fans who may have otherwise taken more time to consider their purchase. 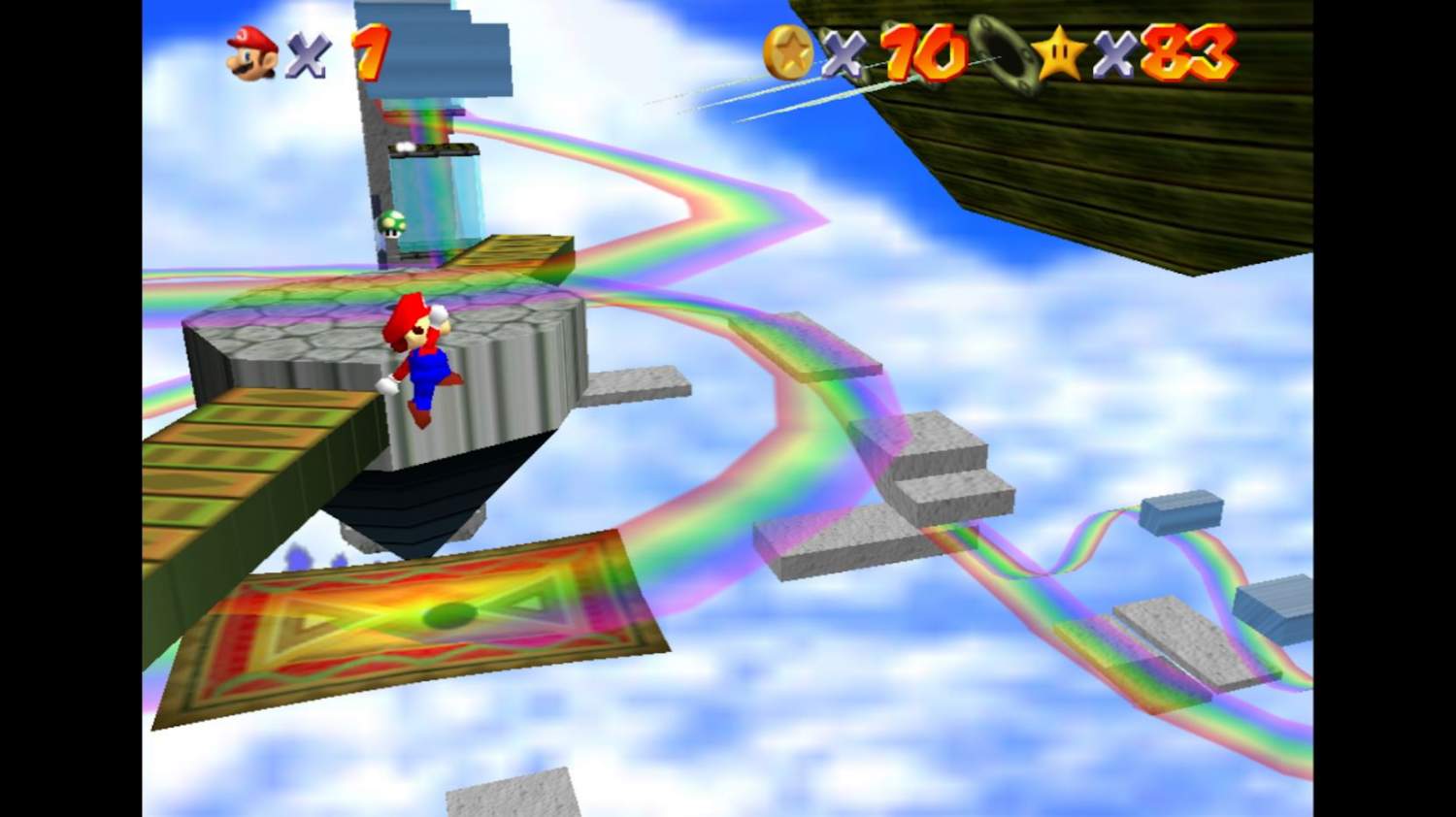 Why does Nintendo seem to dislike its fans so much? Super Mario 3D All-Stars is just the latest in a long list of bizarre anti-consumer decisions Nintendo has made in recent years. The irony, of course, is that it’s hard to find a fanbase as loyal and passionate as Nintendo’s, yet it feels like Nintendo rewards that loyalty so rarely. In fact, it can sometimes feel like Nintendo goes out of its way to keep fans from enjoying its games.

The price is not right

Perhaps “resent” is too strong a word – “indifference” might be the better phrase – but all that aside, I think its clear that Nintendo puts too much value on its IP and not enough value on doing right by its fans. A good example of this is the price of Nintendo’s games. It isn’t often we see major Switch releases go on sale, and as I sit here typing this, I’m having a hard time remembering the last time games like The Legend of Zelda: Breath of the Wild and Super Mario Odyssey – two games from very early in the Switch’s life cycle – were put on sale. 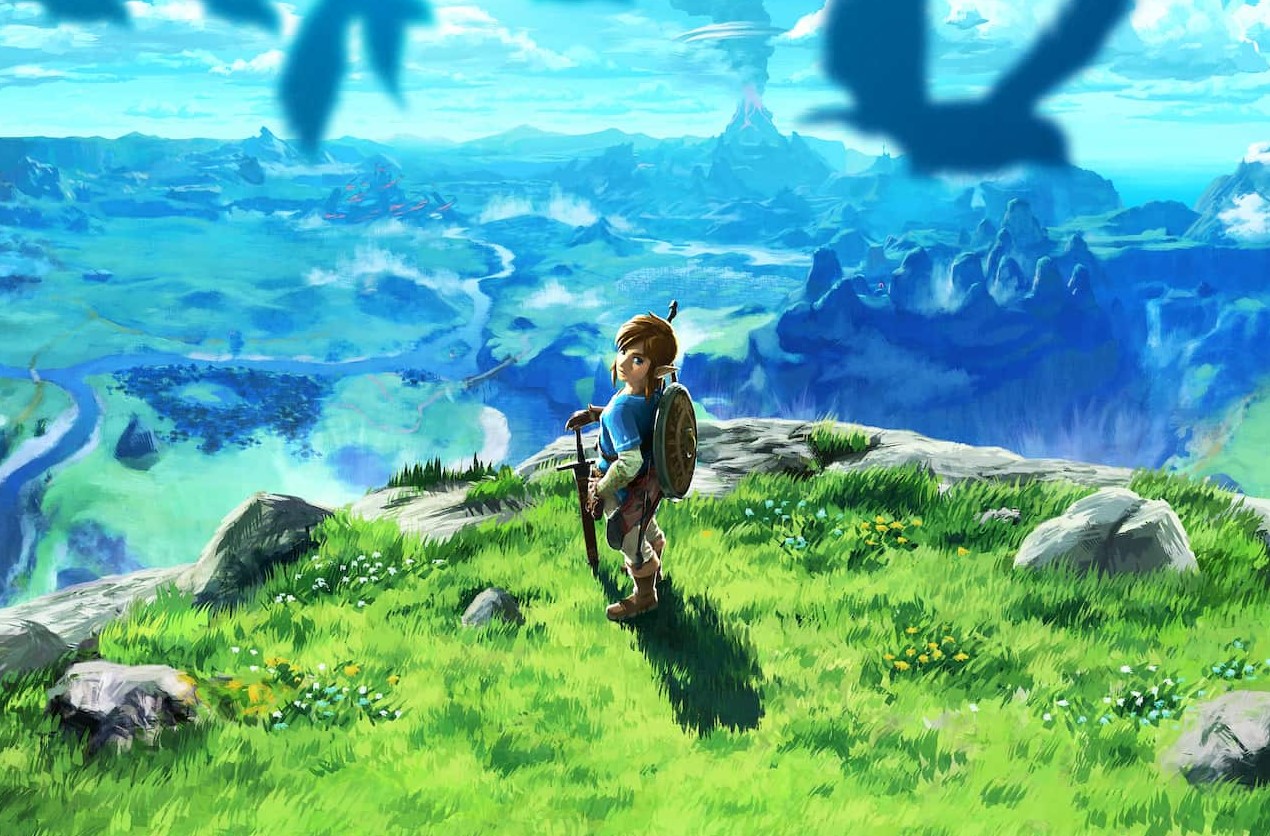 When those sales do happen, they’re so rare that they make headlines despite the fact that Nintendo usually only discounts them by small amounts. Usually, Nintendo discounts games by 35%, and more rarely, it will discount a select few of its first-party games by 50%, but it’s exceptionally rare to see prices go lower than that. This is while seemingly every other gaming company out there offers deeper and deeper discounts on their games as they get older.

Nintendo doesn’t often reduce the price of its games, either. Mario Kart 8 Deluxe still costs $60 and that’s a port of a Wii U game that was nearly three years old by the time the Switch came out. Super Mario Party, which came in out in 2018, is still $60 on the eShop. You know what other major first-party game came out in 2018? God of War on PS4, and these days, Sony has that game priced at $20. That is an outright steal compared to Super Mario Party at any price point. 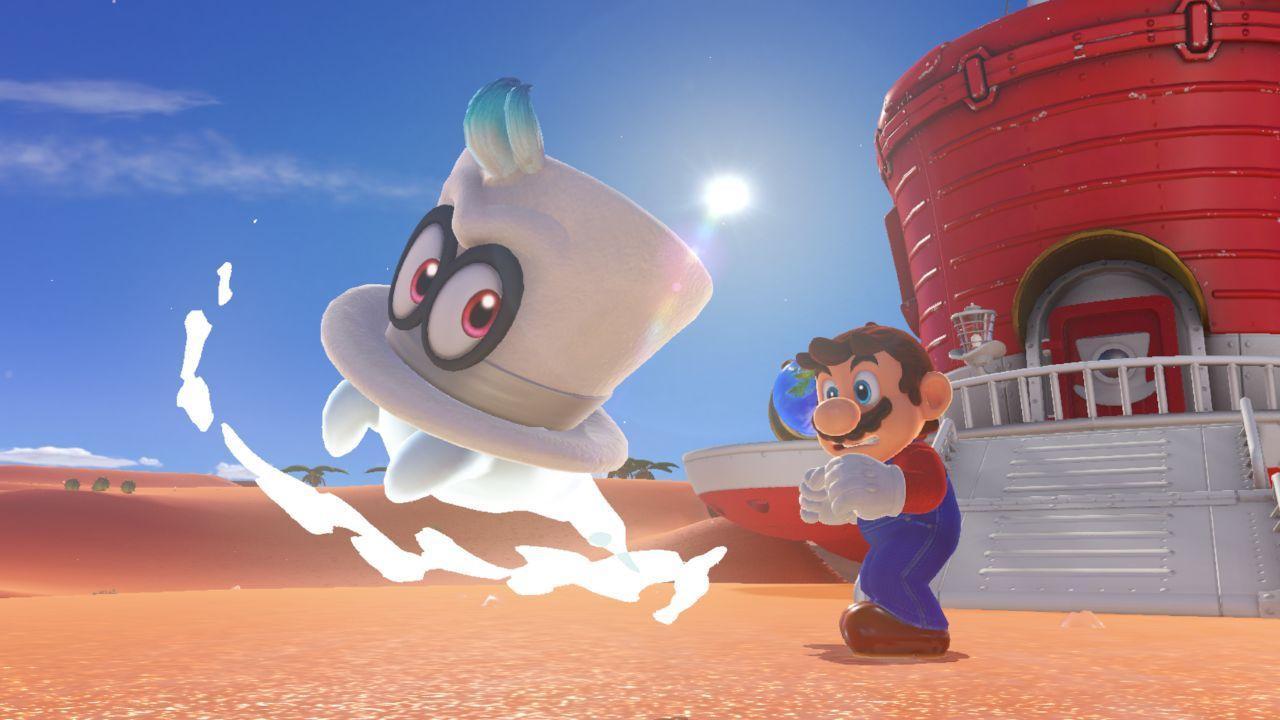 I’m not saying that Nintendo shouldn’t value its IP, but throw your fans a bone once in a while. Breath of the Wild is one of my favorite games of all time, but there’s no reason it needs to be $60 four years after it released, and there far too many other games out there that should have either come down in price long ago or should get deeper discounts more frequently. Just do something to make being a Nintendo fan less expensive.

It isn’t just pricing and launching high profile items before arbitrarily snatching them away despite the pleas of fans, but also the fact that Nintendo seems to have this very strange hang-up with supporting the esports scenes that appear around some of its games. Super Smash Bros. is far and away the best example of this. The vast majority of the Super Smash Bros. tournaments held each year, whether they’re for Melee or Ultimate, are grassroots efforts, with the organizers themselves raising money for prize pools and taking care of the logistical work involved with putting on a tournament. 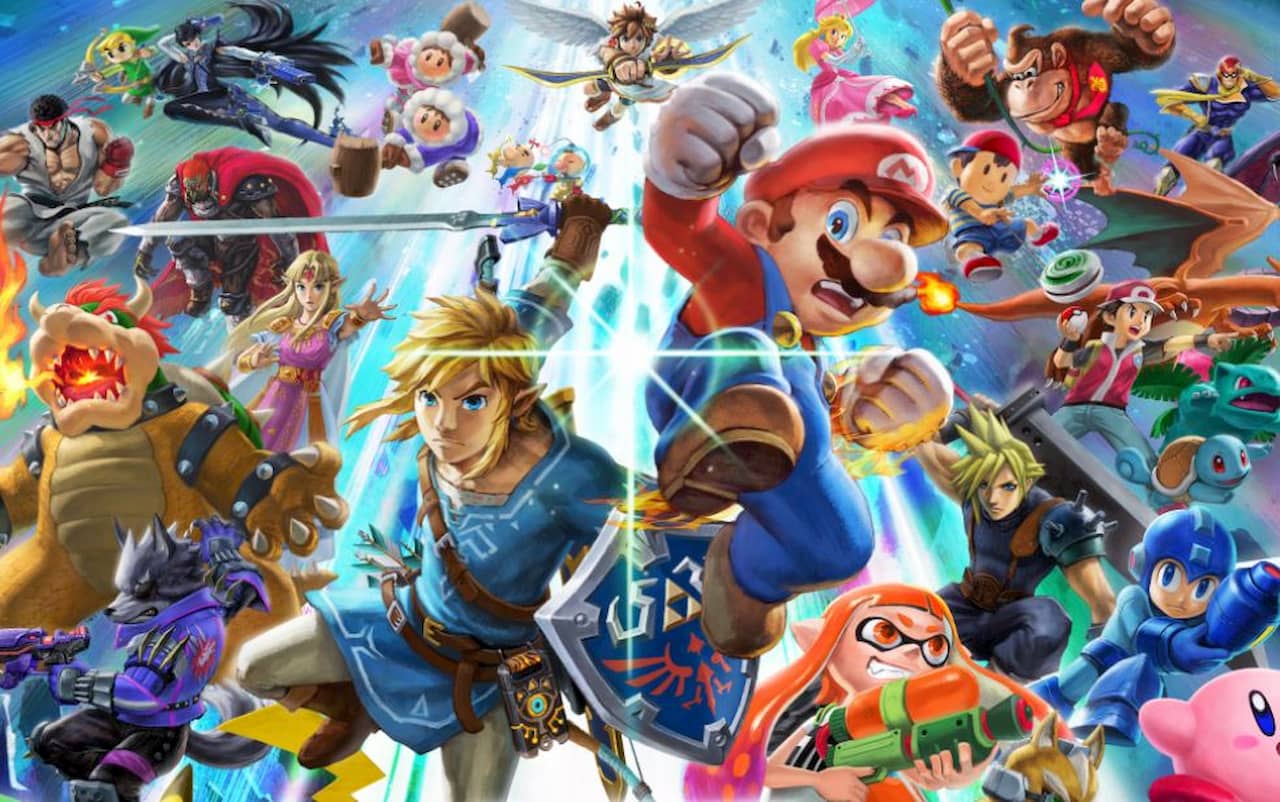 Nintendo is so infamously hands-off with the Smash esports scene that Hungrybox – arguably the best Super Smash Bros Melee player in the world – used his victory speech following his Smash Summit 9 win in February 2020 to call out Nintendo’s lack of support. You can see his speech in the video embedded below, but he essentially pleads with Nintendo to show more support for the Smash scene, even if it’s just supporting Ultimate while continuing to ignore Melee.

This is abnormal for a company that publishes competitive video games. As Hungrybox points out in his speech, there are other publishers out there who seem happy to support their esports scenes, with Capcom being the one that he mentions directly. There’s also a very specific parallel to be drawn here between Nintendo and Microsoft, because Microsoft recently put $75,000 toward the prize pool for Hidden Cup 4, an Age of Empires II tournament that happened in March.

Like Super Smash Bros Melee, Age of Empires II is an old game with a very enthusiastic esports scene. The Age of Empires II community largely kept the competitive scene alive on its own for years, just like the Melee community has for their game of choice, but the difference is that Microsoft eventually took notice and put its support behind the community. In 2019, Microsoft released Age of Empires II Definitive Edition, a remastered version of the game that’s receiving ongoing support from Xbox Game Studios and the company is now helping fund Age of Empires II tournaments.

The Melee and Ultimate communities have shown some amazing self-sufficiency when it comes to organizing these tournaments, so I think many TOs would be happy to continue doing the heavy lifting if they could just get Nintendo to sponsor more events. We know Nintendo has the money because the Switch has been an incredible success, so why does it still insist on keeping the Smash competitive scene at arm’s length?

Sadly, when the Melee community does hear from Nintendo, it tends to be bad news instead of some kind of exciting development. Last year, in the midst of the COVID-19 pandemic, Nintendo sent a cease and desist letter to the organizers of The Big House, one of the largest annual Smash Bros. tournaments. Nintendo, apparently, didn’t approve of the tournament’s use of a Melee mod called Slippi, which enables online play in Super Smash Bros. Melee and works shockingly well.

Super Smash Bros. Melee, for those who may not be aware, launched in 2001 for the Nintendo GameCube, and like most console games of the time, lacked online matchmaking entirely. With the COVID-19 pandemic keeping everyone at home, the Slippi mod allowed for Melee tournaments to continue happening remotely, which was a huge win for the scene. Nintendo, however, took issue not only with the mod, but also with the fact that Slippi would require an emulated version of the game, which Nintendo described as “illegally copied versions” of Melee in a statement to Polygon.

I don’t think anyone is going to deny that Nintendo has the right to put a halt to what it feels are unauthorized uses of its games, but this seems particularly cruel. Super Smash Bros. Melee is a 20-year-old game that Nintendo does not produce anymore for a console that hasn’t been in production since 2007. Is it really necessarily to be this protective of a game that, were it not for the grassroots Melee scene Nintendo is firing off cease and desist letters to, would just be sitting dormant anyway? It definitely feels like Nintendo shut down The Big House just because it could, not because there was any good reason too.

The sad thing is that the Ultimate community would probably love to have online functionality like what we see in Slippi, but instead they’re stuck with Nintendo Switch Online and the lag-filled matches it creates. Fans have been begging Nintendo to improve Nintendo Switch Online, but it seems like all that begging has fallen on deaf ears. It’s to the point where I avoid playing Switch games online because Nintendo’s network is such a crapshoot, and that’s a real shame because I really do love playing Ultimate online when it’s working well.

Talking to a brick wall

I love Nintendo’s games and more often than not I love the consoles and the handhelds it puts out. I really do. But so often it feels like Nintendo has put up a wall between it and its fans and isn’t interested in hearing any feedback at all. In that clip I shared above, Hungrybox knows that he’s taking a shot in the dark; that he’s more than likely just shouting into the void. Hungrybox knows that even if someone from Nintendo Corporate is listening, nothing is going to change. 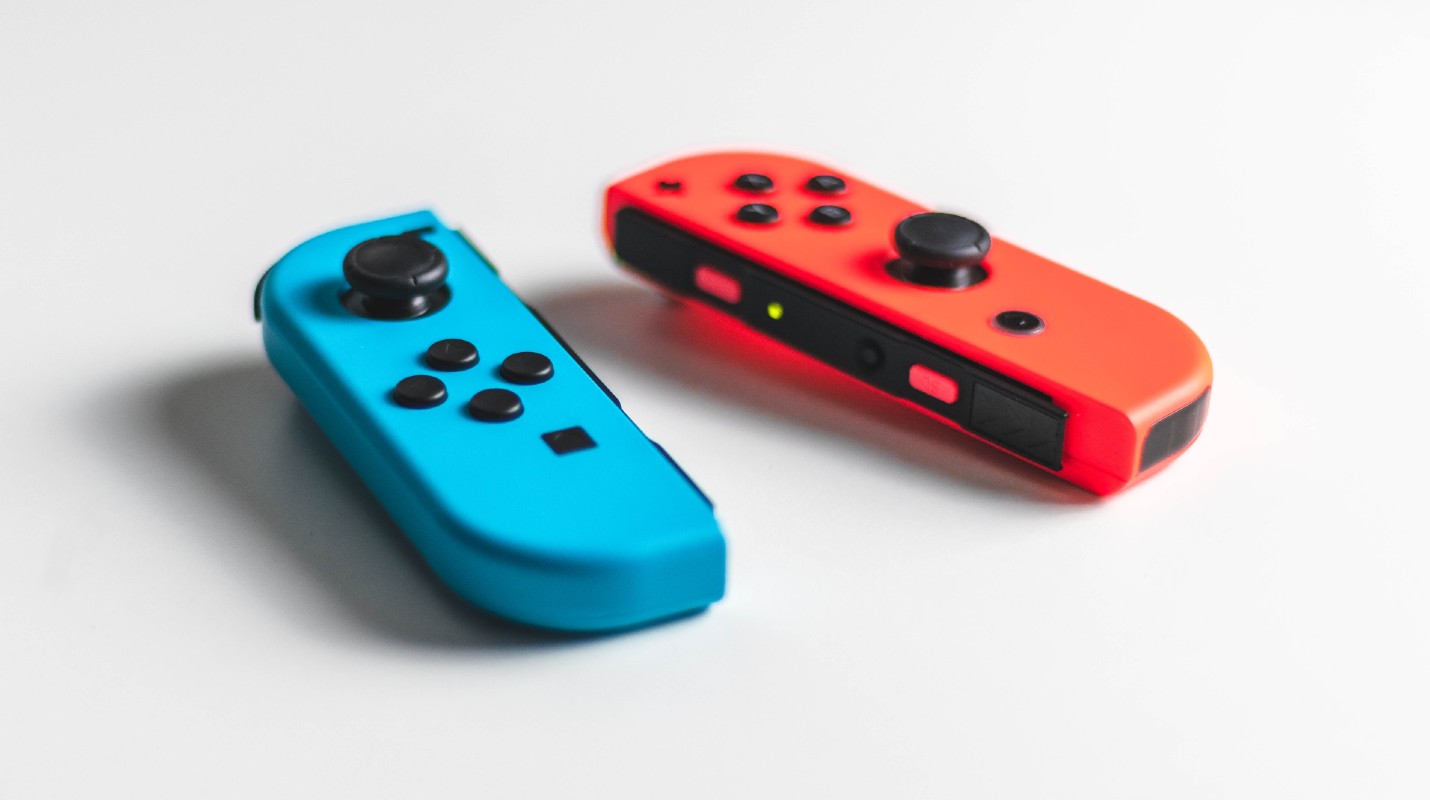 Sadly, Nintendo has little incentive to change. It knows that it puts out good games that people want to play, and despite the fact that I’ve criticized these time-limited releases and complained about $60 Wii U ports until I’m blue in the face, I can’t deny that either. I just wish that Nintendo would focus more on harboring positive relationships with its fans, because right now, it seems that Nintendo just wants to take as much as it can while giving the bare minimum in return.