Where and How: the 2015 NIKE MAG Back to the Future sneaker with power laces

This afternoon NIKE shared details about how to get a pair of the 2015 NIKE MAG, the Back to the Future sneakers, complete with power laces. They suggest that while the first pair of sneakers is already out there in the wild, straight up in the possession of mister Marty McFly himself, Michael J. Fox, the rest will be for sale soon. The good news is that this shoe’s proceeds will go to charity. The bad news is that unless you’re a very rich sort of sneaker collector, you’re likely out of luck already.

This morning NIKE fooled us by showing a pair of Marty McFly’s white and read sneakers. This afternoon we get the full detail collection on what it’ll be like to try to attain a pair of 2015 NIKE MAGs with power laces. Below you’ll see a video of Fox trying the sneakers on for the first time.

Posted by The Michael J. Fox Foundation for Parkinson's Research on Wednesday, October 21, 2015

This sneaker – similar to the 2011 version – will be sold at auction. It’ll be produced in a limited edition and will be sold in early 2016. You’ll want to keep your eyes peeled right here on SlashGear or via the Nike Twitter account – either way, you’ll get the exact URL for the auction sooner or later. Come Spring of 2016, we’ll be able to let you know.

All proceeds will be going to the Michael J. Fox Foundation for Parkinson’s Research, that’s the important part.

The other important part is the gif you see above. Because it’s awesome. Now we can only hope that NIKE comes to their senses and makes another not-so-limited edition of the shoes – even if they’re different colors to allow the originals to retain their value.

It’s difficult to imagine, even then. 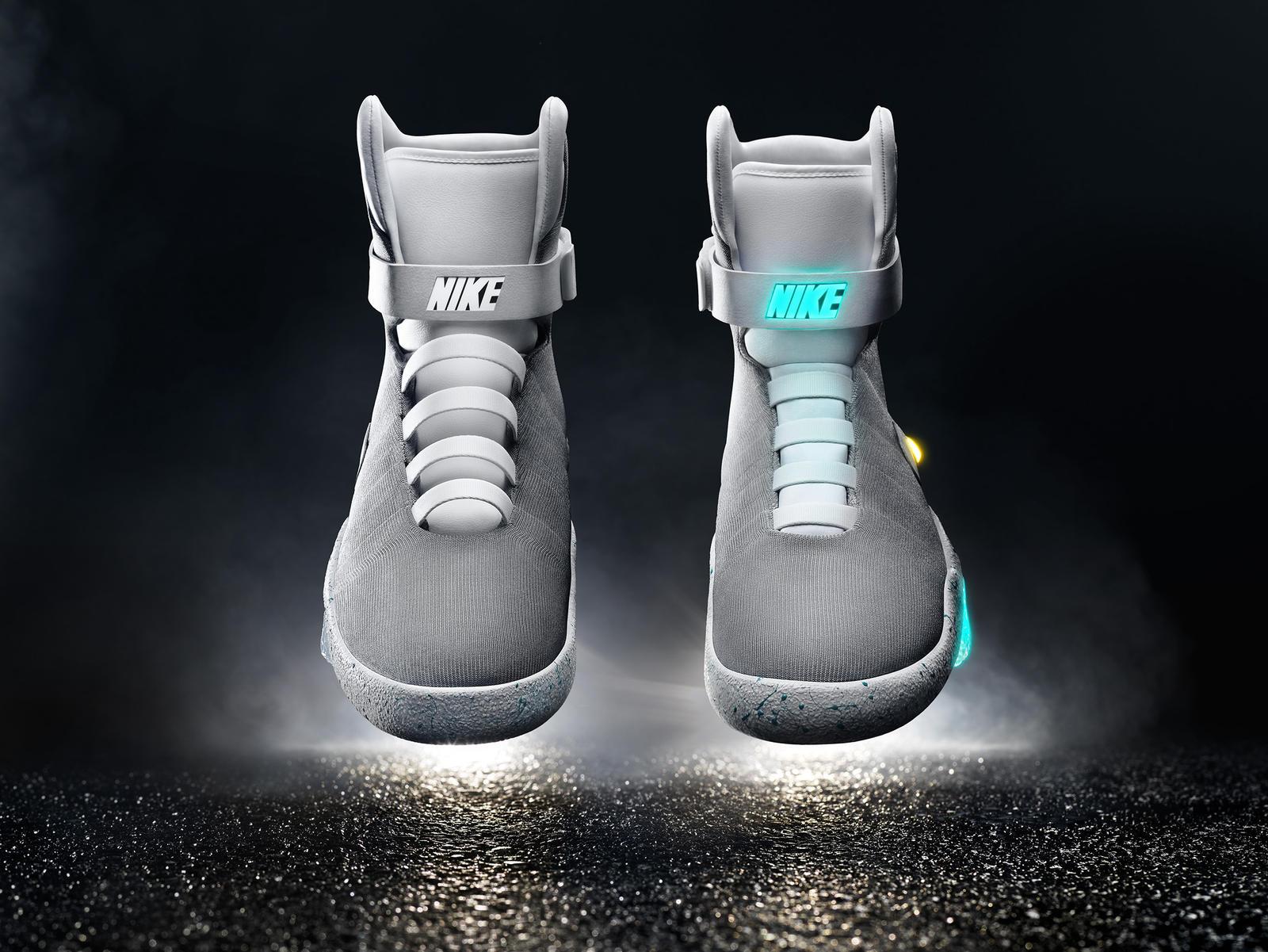 What we CAN imagine is that the technology behind these power laces won’t be dying with this ONE limited run of shoes. Imagine NIKE keeping the technology alive in a new run of shoes that have little or nothing to do with Back to the Future. That’s a real possibility right there.