What Was Missing From WWDC? Nothing

I thought there would be far more rumors leading up to Apple’s World Wide Developer’s Conference. After all, the big story had already been blown, which left a lot of room open for speculation. Besides, a number of significant Apple products are due for an update, right?

Macrumors runs an Apple buyer’s guide where they track the lifecycle of Apple’s key products. A few of Apple’s products haven’t been updated in a long time, longer than their usual average. But some are approaching record period of stagnation.

M.I.A.: The Mac Pro, Apple’s headless desktop machine, hasn’t been updated in 462 days. That’s a half year longer than its average, and the longest period the Pro machine has gone without an update since, well, the last update. From 2002 on, the machine was updated every six months or so; now it’s been well over a year, with only 2 updates in the last 3 years.

Of course this is a sign of the changing marketplace. Desktops are less popular than laptops. Professional desktops are much less popular than less expensive consumer machines, especially a machine like the iconic iMac. Besides, Apple has quite a few other meals on its plate. But if the Mac Pro was going to updated anywhere, it should be at the WWDC, the best spot to reach developers, right?

That’s not how Apple does things these days. It was sad to see Apple pull out of the venerable Macworld conferences, effectively killing the interest of most journalists in IDG’s trade show. Apple doesn’t even need a trade show keynote, as the company hosts numerous events in San Francisco every year to announce new products. The journalists and analysts will show up. Even if the most exciting product is a refreshed iPod nano with a video camera, we’ll show up, without even knowing what we’re about to see.

Unless there’s a major redesign for the Mac Pro case, Apple will launch the next model with a press release. With a professional unit like this, the most exciting stuff is happening on the inside. USB 3.0, new system bus architectures, better graphics, improved power management and cooling, none of these things are especially photogenic, so Apple can launch them with an e-mail and a new page on its home Web site.

M.I.A.: The MacBook Air was last updated a year ago. The Air is a strange bird. Full disclosure: I bought a first generation Air when it was released. I needed to replace a dead laptop. A netbook wasn’t powerful enough for the light Photoshop and video editing tasks I perform, but I was also going to be traveling more. The Air was a great fit. After about seven months, I realized it wasn’t powerful enough for me to be productive, but I still use it often. 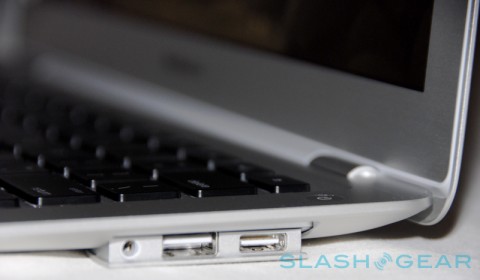 The Air has a nebulous market. It’s much too expensive to be an extravagant impulse buy, like many netbooks. It’s more powerful than an iPad by far, but it’s also the least powerful computer running Apple’s Mac OS X. Even the Mac Mini is faster. With the economy in the tank, it would be a tough time to introduce an entirely new redesign for the Air. It wouldn’t generate the momentum needed for the Air to take off. Apple likes to release a product and then, a few months or even weeks later, brag about sales results. That wouldn’t happen with a new MacBook Air.

The MacBook Air will eventually get a processor boost. I’d like to think it will get an Intel Core i3 chip, but I’d bet Apple will stick with the lower power Core 2 Duo’s for a while and milk the battery life stats for all their worth. It won’t be worth a keynote appearance except as a sideshow. Again, Apple could launch this product with a press release and be done with it.

M.I.A.: The Apple TV hasn’t been updated in . . . wait, has it ever been updated? There was a minor interface update. There was a slight storage boost. Other than that, nothing. The Apple TV is the worst Apple product I’ve ever owned, and I’m embarrassed that I bought one. It’s buggy and unreliable, it clogs my network, and I’ve never settled in for a nice Saturday night watching a movie on the Apple TV that didn’t end with cursing and multiple restarts.

Steve Jobs hates television. The Apple TV has always been, as Jobs said, a hobby, and I wonder who whined and cried until Jobs agreed to release this little white gremlin. Steve Jobs wants to create products that are active and engaging, not passive and sedentary. The iPod is for jogging and traveling. That’s why it has Nike software built in. The iMac is about creativity, that’s why it comes with photo, video and music making software, and nothing to help watch television.

Every good Windows machine ships with a solid TV tool on board in Windows Media Center. You can watch and record TV on your Windows machine, if you can figure out how to attach your coaxial cable. On the Mac, there are a few third party options, and the Apple TV even has an HDMI output, but Apple’s TV strategy has been a confused mess.

That’s why so many people fell for the recent Apple TV rumor, that it would become an iPhone-sized device running iPhone OS (now iOS4). Preposterous. First of all, there’s the storage size limits. There’s the problem of cannibalizing iPod touch sales, which are significant, even among Apple’s iPod / iPhone families.

Mostly, though, Steve Jobs hates TV, and the last thing he wants is to sell you a device that lets you watch more TV, then take it to your friends house so they can share in the TV watching experience. Steve Jobs doesn’t want your butt on a couch unless your hands are also moving. He certainly doesn’t want you to proselytize sedentary TV viewing with a device that makes it more portable. Not to mention the sheer inelegance of having to find the inputs on every TV you want to connect to such a device.

The Apple TV never made much sense for Apple, anyway. Apple likes to enter an established product category and make a device that has fewer features, but performs them in the most elegant way possible. There were already a few good TV boxes on the market, but it wasn’t established, and by the time Apple TV hit the scene, the DVR market was already being strangled by cable providers roping customers in with cheap, built-in software.

When the FCC resolves these silly CableCard issues and it’s just as easy for customers to buy a third party product as it is to use their existing cable box, Apple might do more with the Apple TV. Until then, I expect some minor interface polish, maybe a storage bump, ad nauseum. 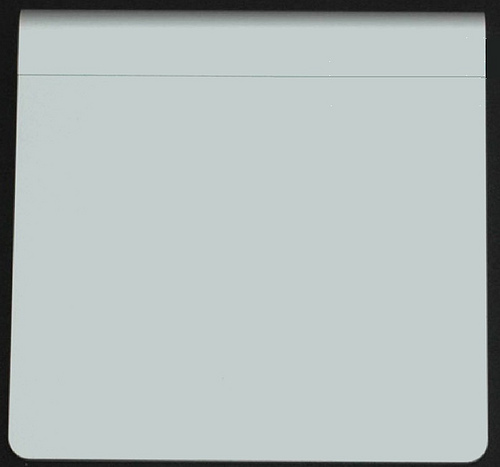 M.I.A.: That weird Magic Trackpad accessory. Of all the strange rumors I’ve heard leading up to an Apple event, this one caught me the most off guard. It’s a completely new product for Apple, and very few manufacturers promote trackpad accessories. After all, a desktop comes with a mouse, and a laptop comes with a trackpad. But of all the rumors I heard, this one made the most sense and would have had the greatest effect.

Apple has a serious fragmentation problem that is holding back the potential of its laptop line. Multitouch is a great technology, but only laptops support it. Adobe went through multiple generations of Photoshop before it supported multi-touch, which is just ridiculous because multitouch gestures make the most sense on the programs in Adobe’s Creative Suite. Multitouch would be great in any number of apps, from productivity software like Excel to games to graphics software and so on.

Imagine if Apple provided a trackpad with every iMac? Not instead of a mouse, but separate from it. Perhaps it would confuse some users, but developers might take notice and start developing better multitouch gesture support into their apps. Thus, the best place to launch such a peripheral, and to give one away to every person in the audience, would have been the World Wide Developer’s Conference.

Sure, Apple’s desktop share is tiny compared to much larger, enterprise-oriented rivals, but its developers are a vocal and influential group. Multitouch support will be everywhere eventually. Apple just missed an opportunity to give the tech a push.