What to expect from Apple’s iPhone 7 event tomorrow

Apple’s event on the 7th of September, 2016 is all but guaranteed to be home to the official reveal of two new smartphones. Both the iPhone 7 and the iPhone 7 Plus have been tipped and leaked and rumored for months, and today we’re going to run down the features that will most likely be appearing on these devices as announced by Apple by the end of the day. We’ll also be bringing a set of hands-on experiences at the Apple event as we give both devices (and any additional devices and/or software) a go as soon as possible.

Below and above we’ve written about a collection of rumors. Until Apple says otherwise, the details contained within this article are purely conjecture, and should be treated as such. Nothing you’re about to read is 100% official until Apple reveals the details.

The design of both the iPhone 7 and the iPhone 7 Plus will be based on the design of the iPhone 6 – or iPhone 6s, which was also very similar to the rounded-edge look of the 6. The differences will be in the camera array, the arrangement of the antenna bands at the back, and an additional color tone.

A darker “Space Black” will very likely be available for both the iPhone 7 and the iPhone 7 Plus – more or less to match the Apple Watch with the same tone.

The back of the iPhone 7 will have a camera lens that has a sort of quarterpipe up around its edges instead of a ring. Sort of a swoop up from the surface, making a volcano of lens inside.

The iPhone 7 Plus will have two lenses and two camera sensors – the abilities of which we’ll understand deeper nearer the end of the event.

This design will amp up its ability to resist water – both the iPhone 7 and the iPhone 7 Plus, that is. Somewhere around IPX7 is the most current understanding.

Inside this device will be the newest iteration of iOS, that being iOS 10. That will be running a new camera app, we must expect, for the iPhone 7 Plus at least. Not an entirely new experience, but an expanded set of abilities with the additional lens at the back of the device.

Also inside – as per usual – will be a new A-for-Apple chip, upgraded beyond what’s been available in the past. This chip will likely be designated A10.

The display with which the software will be shown and controlled will be nearly identical to that of the iPhone 6s and iPhone 6s Plus.

Apple will not be announcing that they’ve forgotten to add a headphone jack to either model of the iPhone 7. Instead, Apple will show the iPhone 7 and iPhone 7 Plus with a more streamlined design (at their bottoms, anyway) and may very well introduce a whole new wireless technology to connect headphones to the iPhone (and future products).

Whether or not this will be a brand new wireless tech or a re-branding of the newest version of Bluetooth’s associated techs is still up for debate. Think “custom” Bluetooth protocol.

The Lightning jack still present at the bottom of both iPhone 7 models will continue to be able to output audio. Users will find a vast array of Lightning cord-friendly headphones and so forth coming from 3rd-party retailers sooner than later. 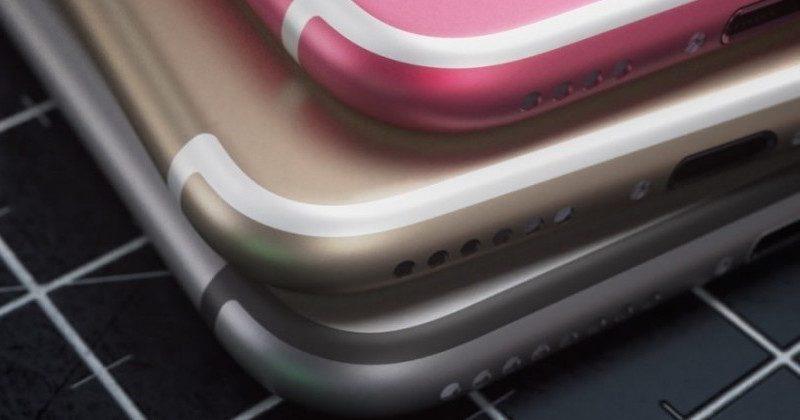 ABOVE: It’s unlikely Apple will release an eye-searing Pink tone this generation, but we can dream!

That’ll be the 16th, and a day which there’ll either be massive lines at Apple Store or no line at all – depending entirely on how Apple handles pre-orders, which will very likely start either tomorrow or this Friday.

We probably wont see the fabled iPhone Pro this year. That’s something that will be better suited for 2017, the 10-year anniversary of the release of the original iPhone.