Waze will hand over real-time traffic data pulled from its crowdsourced driver community to select governments around the world, part of a new “Connected Citizens” program in Boston, Florida, and other locations. The scheme – which will involve anonymizing the traffic information, so that no single driver can be picked out – will net Waze greater access to official transit information, such as a heads-up on future road closures, as the Google-owned service tries to corner the market in driving data. 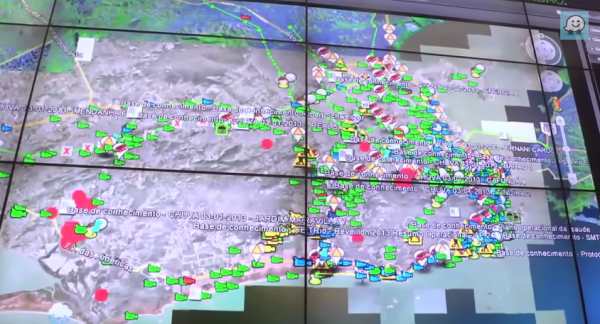 In return, Waze will get details of road construction projects that might affect travel, along with early information on road closures. Perhaps more useful in the long-term, as digital cities evolve, it will also get some access to road sensor technology.

A pilot scheme begun in 2013 in Rio de Janeiro – and which will continue under the “Connected Citizens” program – saw Waze engage with the Centro de Operações there, responsible for monitoring the traffic in the city. Waze users’ photos and other data were shared with the team, brought in from 50,000 users each day, helping understand exactly where the pain points on the city’s roads were.

Meanwhile, there are said to be five other government partners involved, while more than 80 other municipal groups have voiced an interest.

Waze will make no money out of the agreements – part of the company’s attempt to bypass any accusations of profiting from user privacy – though the exchange of data could save the firm from the cost of having to make its own investments. Nokia’s HERE division, for instance, has invested heavily in real-time monitoring, with two dedicated teams to track road activity in the US alone.