Waze is getting a new Carpool calendar, with the popular navigation app adding features that should make managing group trips easier – and might let you secure the front seat, too. The Waze Carpool calendar is part scheduling tool and part social network, and builds on the initial carpooling app which the Google-owned service launched back in 2017.

Then, Waze put an end to longstanding rumors that it was building an Uber and Lyft competitor. Rather than paid ride-sharing, Waze Carpool promised to connect together individual drivers with others looking to make a similar journey. The expectation was that riders would contribute to the cost of gas for the trip, but it was more ad-hoc than, say, an UberX would be.

The service has since expanded to the US, Brazil, Israel, and Mexico, and there are apps for both riding in a carpool and driving a carpool. This new Waze Carpool calendar function features in both those apps and the regular Waze app too. According to Waze, it’s built out features Carpool-users have been asking for.

So, it’s now possible to indicate your driver status, and signal when you’re available to carpool. On the flip side, riders will be able to schedule when they need a ride, and more readily see who might be available to drive. Finally, there are reminders to schedule a carpool, with the option of push notifications, emails, and text messages to get a memory nudge. 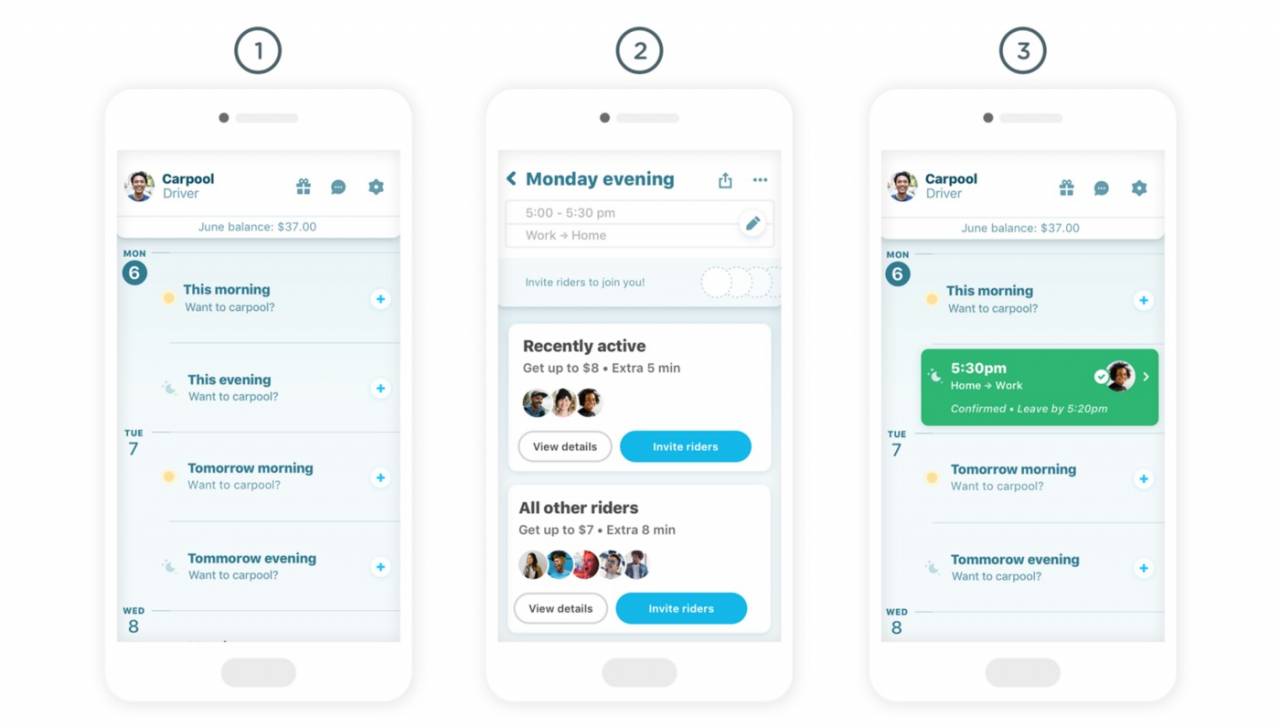 For drivers, carpooling becomes a three step process. First, they set on a calendar when they’re available to drive. Then, they invite riders to join them: Waze Carpool shows who was recently active, together with all the other possibilities, and how much extra time accommodating their journeys might add. It also indicates how much gas money could be made. A notification comes through when a rider accepts the trip. 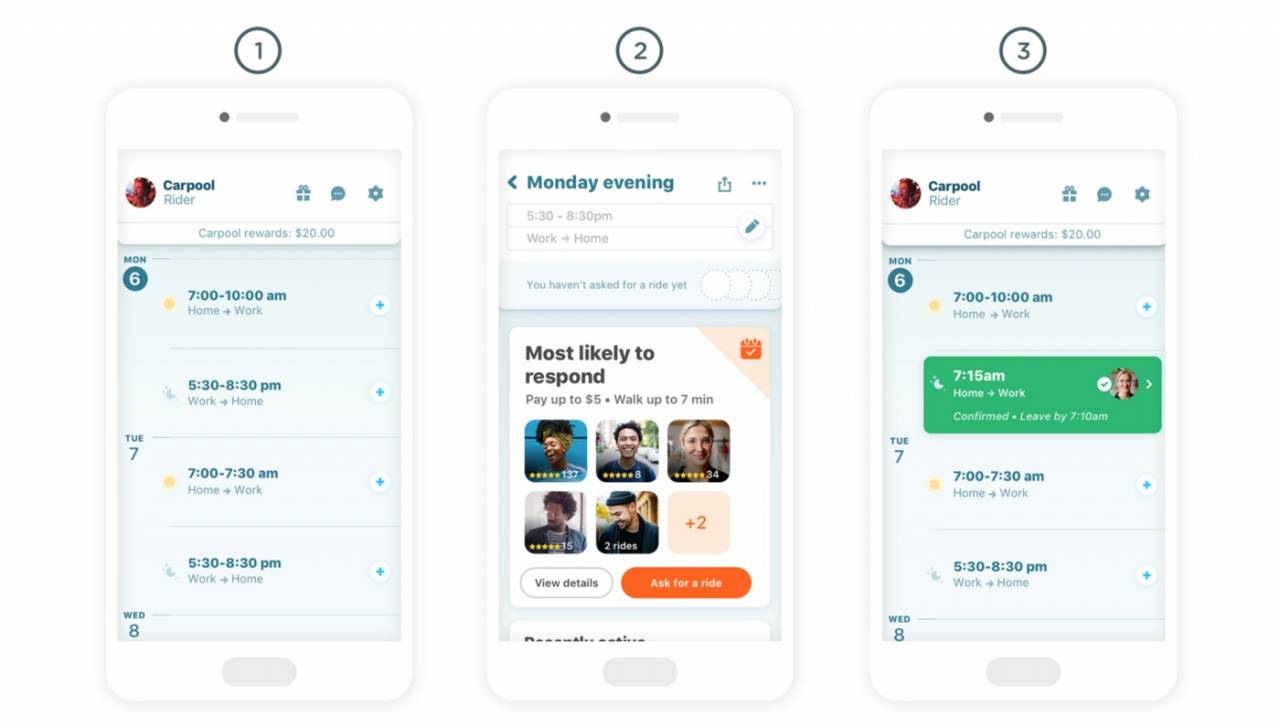 Riders, meanwhile, use the new calendar to set when they want a make a trip. They then see a panel of drivers who are active, and who are most likely to respond. The estimated cost of a gas contribution is shown, as well as how much walking would be involved to get to the pickup point and from the drop-off point. Assuming that all looks good, they hit the “Ask for a ride” button and then wait for the notification that says the driver accepts.

Key is sending out multiple requests, both as driver and rider. Once a driver confirms a rider’s request, all of the others they’ve made will be automatically canceled.

Waze says the new calendar function should be available from today, if you’re using the latest versions of the Waze and Waze Carpool.