SpaceX hasn’t had a great run with its rocket tests in recent weeks, but its bad luck changed with a successful trial of the Pad Abort Test, a vital process for keeping future space travelers safe at blast-off. The trial tool place at SpaceX’s Space Launch Complex 40 (SLC-40) in Cape Canaveral, Florida, this morning, seeing how Elon Musk & Co.’s brand new launch abort technology would work in practice. However, the crew onboard was a little less delicate than a human might be.

In fact, the only occupant in the Dragon capsule was an anonymous dummy, rigged up with sensors to gage just what sort of forces might be applied to the human body should a launch have to be scrapped at the last minute.

It’s an important question, as the capsule does some pretty extreme maneuvers. What makes Dragon’s launch abort system different from existing such technologies is that it relies on the eight SuperDraco rocket engines already built into it, rather than a second “rocket tower” atop the crew capsule that is only useful at the point of launch and for a very short window afterwards. 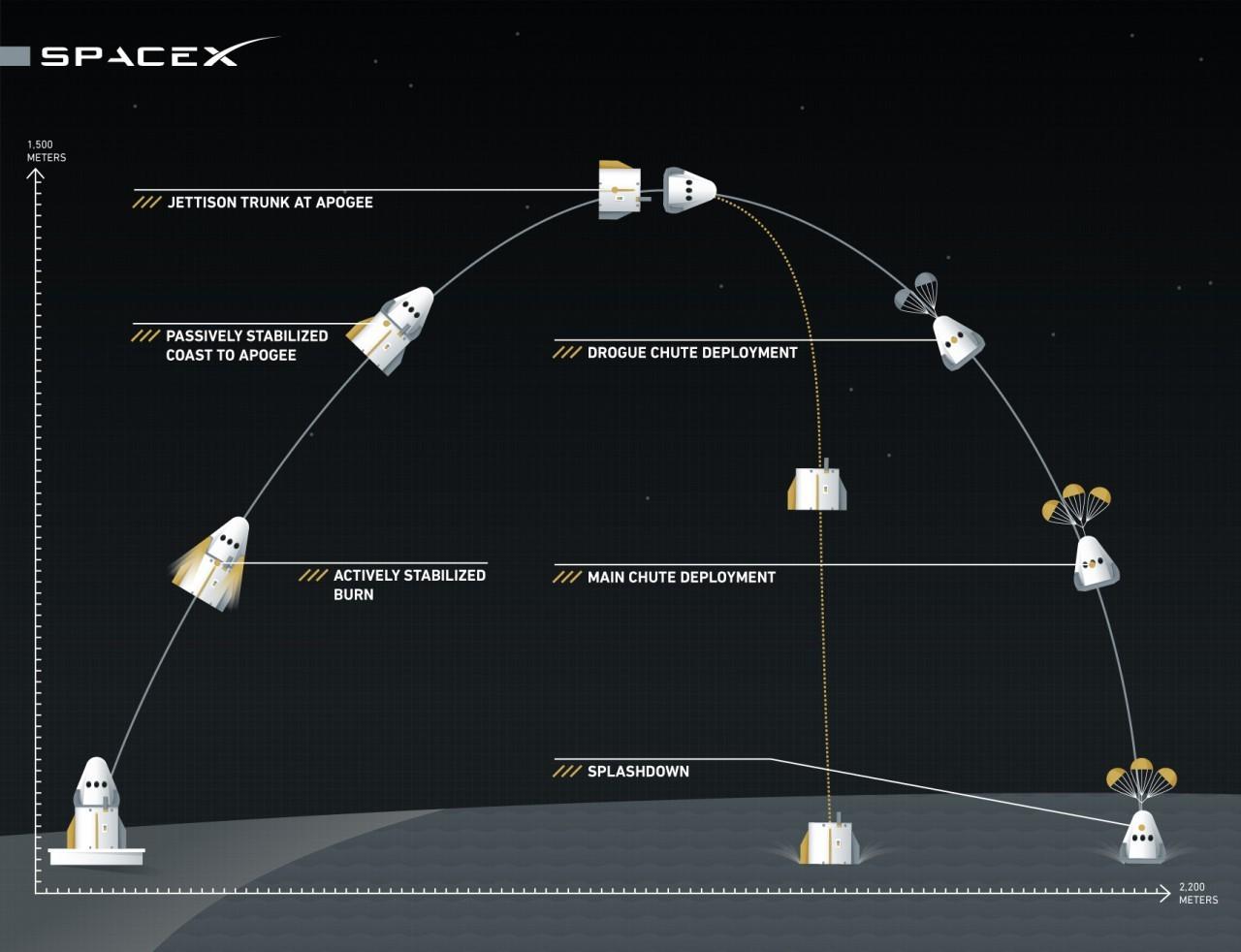 In contrast, the SuperDracos can operate for a much longer period, but their 120,000 lbs of axial thrust delivered in under a second could mean some serious stresses. For the capsule, it means moving 328 ft in just 2 seconds, in fact.

Intended to whip the crew out of harm’s way if the Falcon rocket beneath them experiences issues, the system basically propels the whole Dragon capsule up briefly, then skews it off to one side. Parachutes ease it down into the Atlantic ocean.

The successful trial is another step on the path to Dragon taking a human crew, which SpaceX expects to happen in 2017.