Walmart invests in GM’s Cruise ahead of starting autonomous deliveries

Walmart has invested in autonomous car company Cruise, ahead of a pilot delivery program with the GM-backed company’s self-driving vehicles. The pilot was announced late last year and is expected to begin in 2021, as Walmart explores new options for the so-called “last mile” of getting groceries and more to shoppers.

Now, Walmart is putting more of its money where its mouth is. The retail behemoth is joining a previously-announced funding round in Cruise, helping – alongside some other institutional investors – bring the total to $2.75 billion. Initially, the raise was pegged at $2 billion. It leaves Cruise currently valued north of $30 billion.

Although not the only startup attempting to solve the autonomous driving challenge, Cruise has some high-profile backers. GM was first on the scene, but last year Honda and Microsoft joined the group of investors. Meanwhile, while it has been using retrofitted vehicles like Chevrolet’s Bolt EV for its prototypes, in early 2020 Cruise unveiled a purpose-built driverless vehicle. 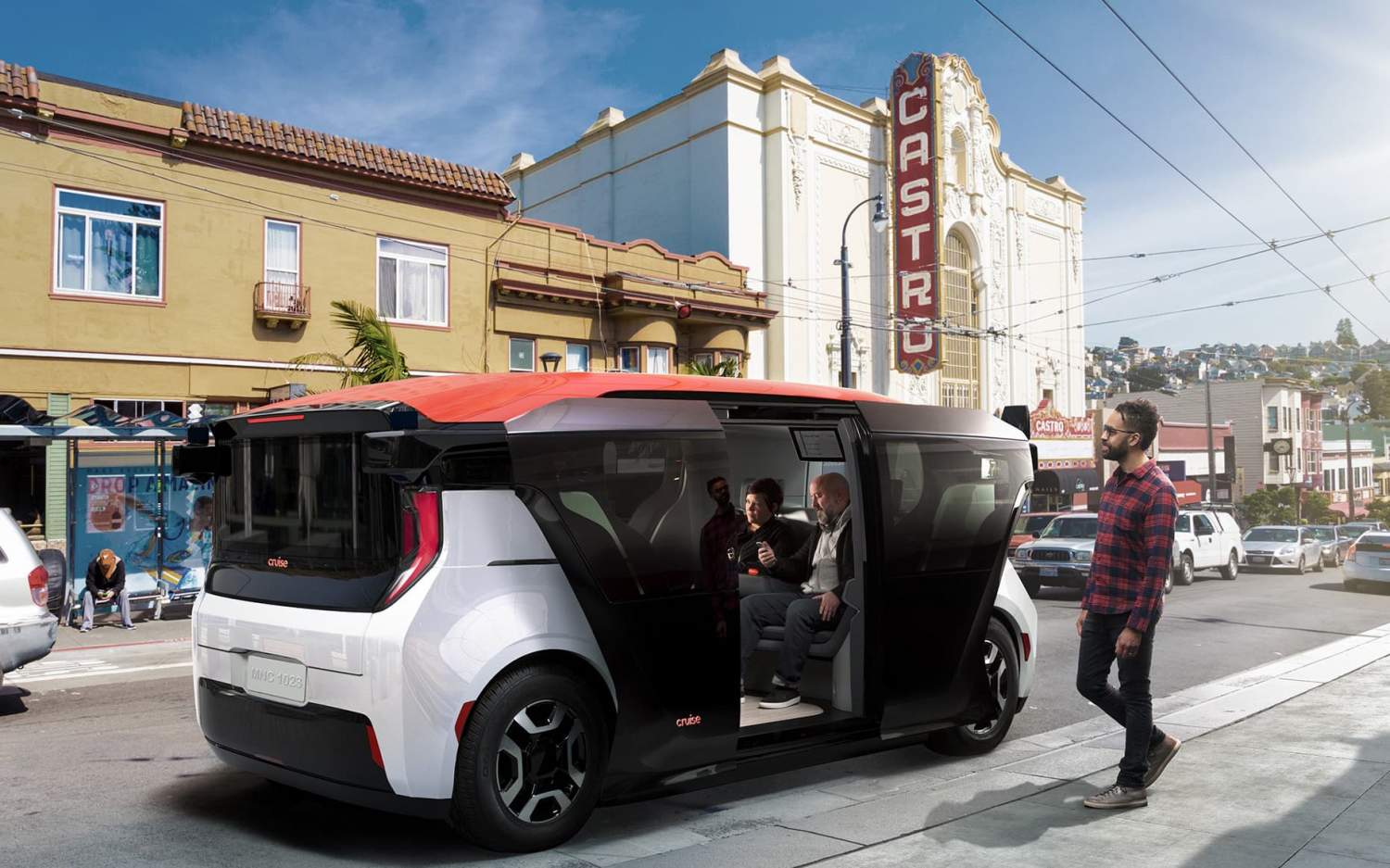 Dubbed Cruise Origin, the pod-like AV lacks any traditional driver controls. Rather than a steering wheel, passengers – who sit inside on two inward-facing benches – have touchscreens with which to set destinations and control other features. Origin will be built by GM for Cruise on top of its new Ultium platform for all-electric vehicles, and is the result of design and engineering collaboration between GM and Honda.

Origin won’t go into production – at GM’s rebranded Factory Zero – until 2022, meaning it won’t be the basis for Walmart’s pilot with the technology. Instead the companies will rely on the existing retrofitted Bolt EV. They’re also all-electric, though are based on an earlier (and cheaper) platform developed for Chevrolet EVs.

The Walmart pilot will launch in Scottsdale, Arizona. Customers will be able to place an order from a local Walmart store and then have it delivered, contact-free, via the Cruise vehicle. Walmart said at the announcement of its pilot plans that its Express Delivery service now reaches more than 65-percent of American households, though the majority of those are likely to be in locations where driverless vehicles aren’t permitted by local or state legislation to operate without a safety driver at the wheel.